Surprise for all Yeezy lovers! A brand new colorway is being added to the 350 V2 Lineup. The Yeezy Boost 350 V2 Sulfur releases on the 9th of May along with the restock of the “Flax” colorway.

Kanye keeps proving how unpredictable he is with all these new shoes flying under the radar. This may have been unexpected but a pleasant surprise either way as it means more profit for re-sellers.

Check out our blog for some tips on sneaker re-selling. Also for more info on shock drops such as this, sign up to our news-letter. It may just help you cop a limited pair one day!

This Multi-Billion Dollar market keeps on growing, expected to reach $6 Billion by 2025. This may be just the money making opportunity for you!

For all things sneakers, keep it here at sneakerflippers as we’re dedicated to bringing you the fastest info on release and resale guides of your favorite sneakers!

Without further-adieu, let’s get started. As always let’s get into a bit of history first. 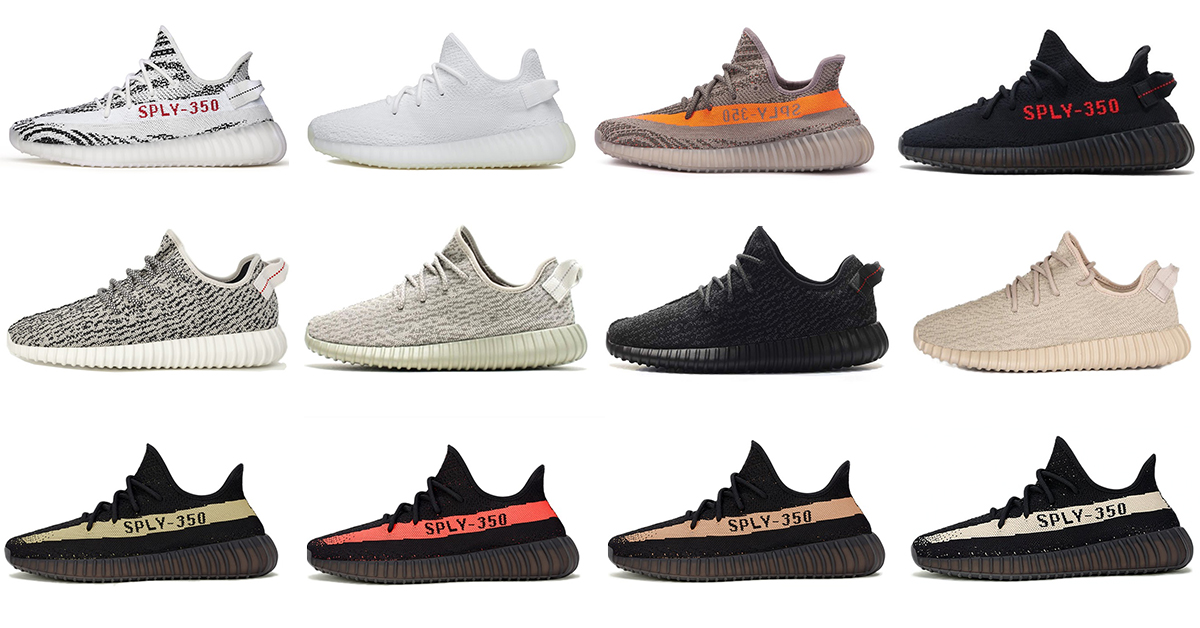 The Yeezy Boost 350 v2 has come a long way before it became a household name. It all started when a Young Knaye West wanted to buy some sneakers that he couldn’t afford.

After making it big in the Music industry, he decided to pursue his passion. His passion lead him to an array of different designers and working with them to great success. He designed his first sneaker the “Bapesta” in 2007.

After a few minor projects, Kanye signed with Nike and formed the Air Yeezy which was very well received. This partnership however, did not last long and they separated due to various reasons.

It was rumored that the break up was due to a disagreement over royalties but that’s not all. Kanye wanted a manifestation of his fashion sense into his sneakers and Nike did not allow that.

In 2015, Kanye signed with Adidas and both gained a lot from the partnership. Kanye created a billion-dollar empire while Adidas Jumped a spot over Under Armour for most revenue in 2015.

The first sneaker was the yeezy 750 which was a unique looking high top sneaker. Later the Yeezy boost 350 released which was massively appreciated.

The Yeezy boost 350 v2 was launched shortly after with minor differences to the V1. Not much had to change as most of the classic features are adored by fans.

The prime knit upper, the gum rubber out-sole and boost technology all make this sneaker a fan-fav. Not to mention they do quite well on the resale market

The excitement and the resale value are still high for these iconic kicks.

As usual, for the Yeezy boost 350 V2 Sulfur. Let’s look at similar examples to estimate how they will do on the resale market. 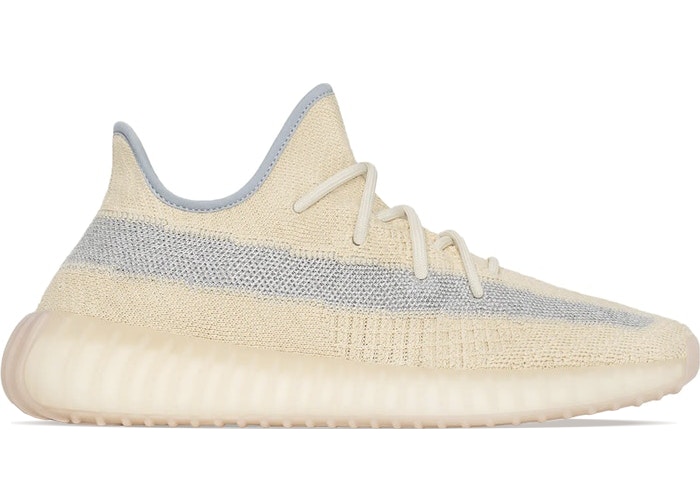 Had you sold them at their peak resale values, profit would have been $430 before taxes and fees. That’s good money if you managed to cop multiple pairs.

For a more detailed look see our article. 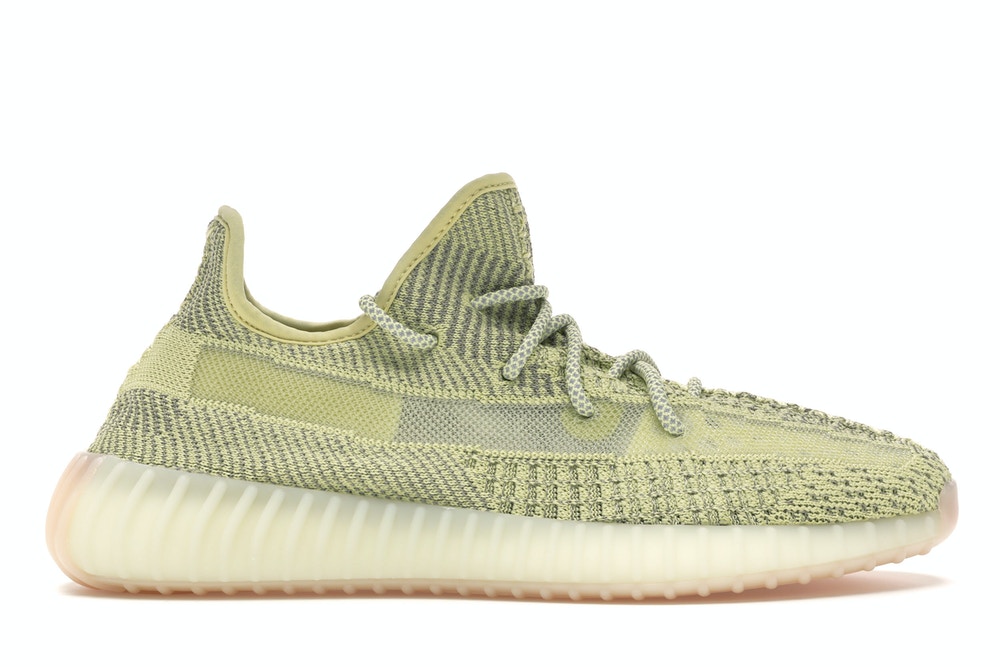 Yeezy released this back in the summer of 2019 and it did wonders on the resale side. The sneaker features a mix of different knit textures on the upper and translucent mono-filament side stripes.

This sneaker sure does look fresh yet it has very similar color tones to previous Yeezys. The resale value did very well according to StockX.

Had you sold these at their peak resale values, profit may have been as high as $1,580! Although the value dropped considerably after release date, the current market price is still very good. 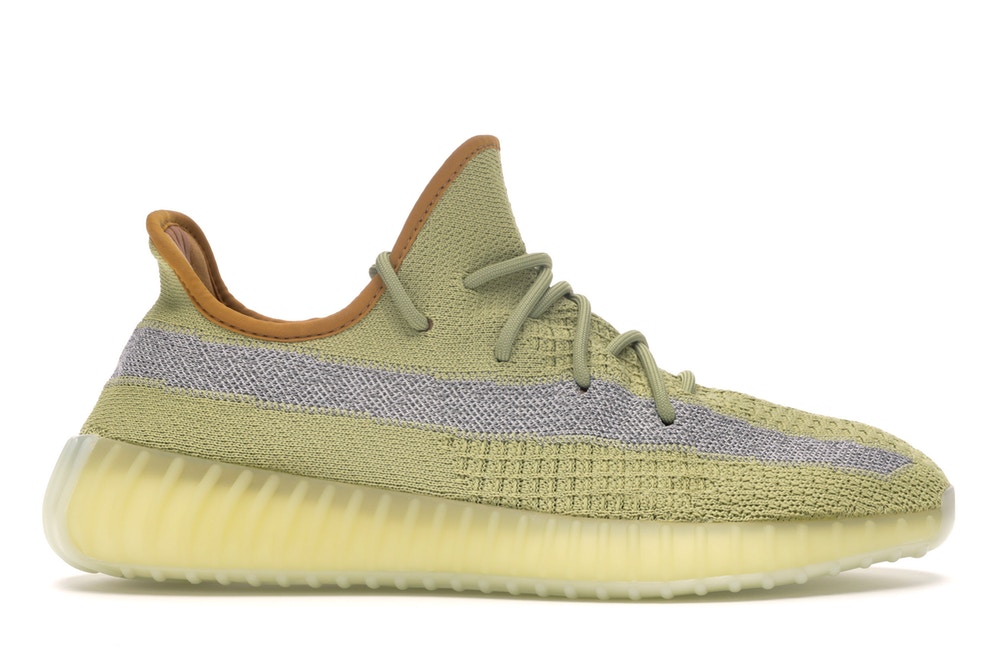 The Marsh is perhaps the most similar to the Yeezy Boost 350 V2 Sulfur. It has a similar Yellow/Olive prime knit upper with a white lateral stripe.

The resale of this is not that good however. According to StockX, trade range is between $252-$298 with the average price being $260. After service fees and taxes, re-sellers are barely breaking even.

Had you sold these at their peak resale value, the profit before taxes and fees is around $335. 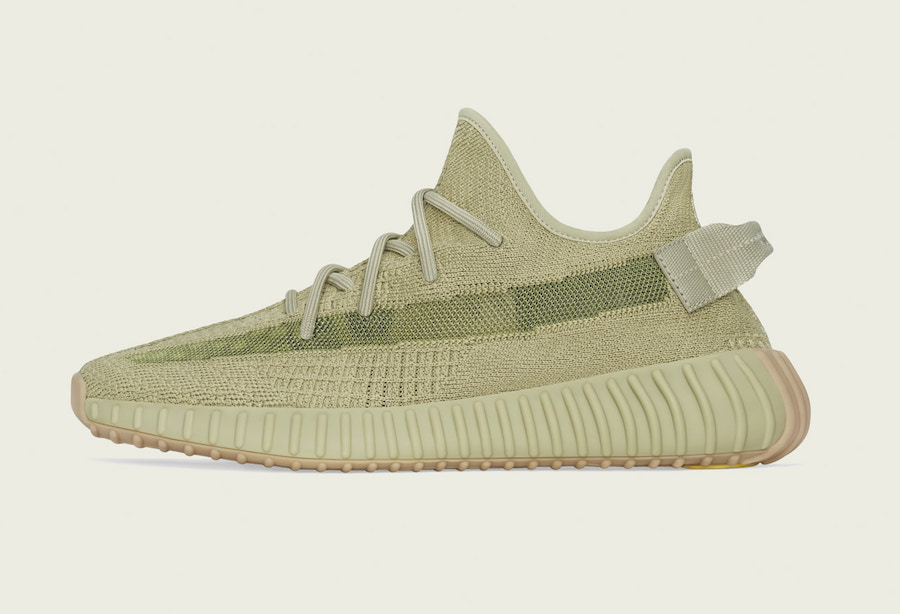 Along with the re-stocking of the “Flax” colorway. Yeezy is set to release the Yeezy 350 V2 Sulfur on the 9th of May as a shock drop. These sport the similar color tones Yeezy loves to use.

The sneaker is covered in a light olive hue reflective with a rear yellow boost pod. It also has the typical gum rubber out-sole and is reminiscent of the “Linen” colorway.

The prime knit upper is a yellowish/olive in more natural lighting. Here’s a few closer shots of the Yeezy 350 V2 Sulfur. 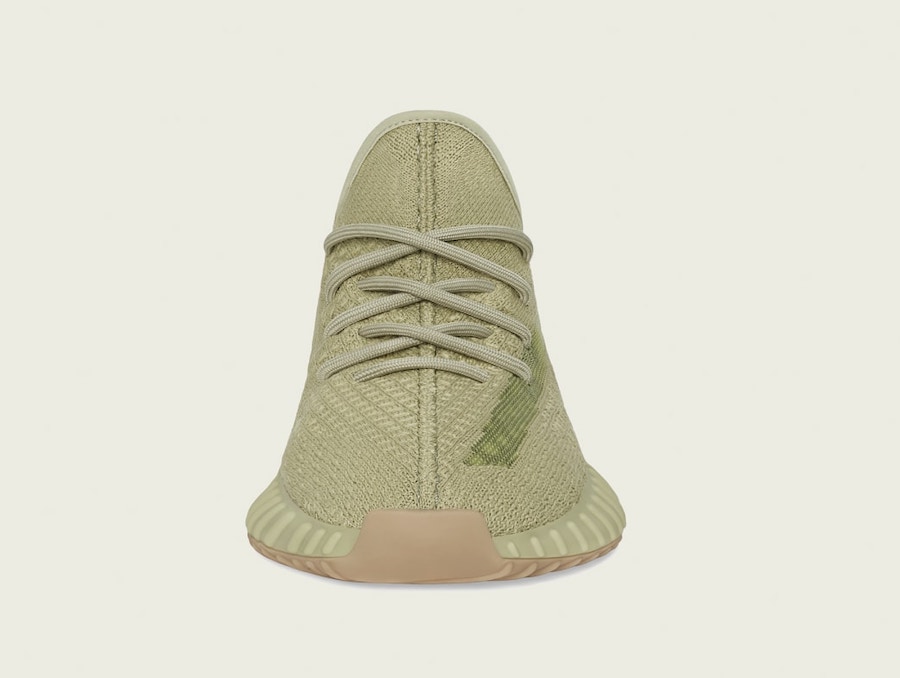 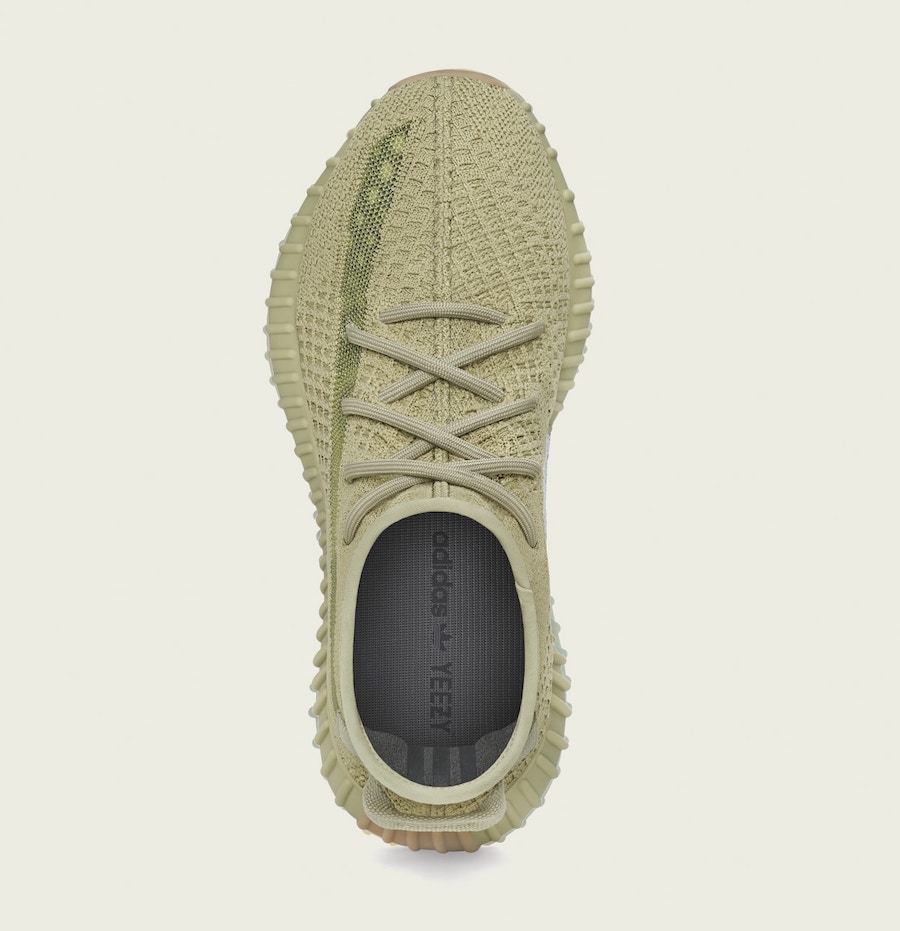 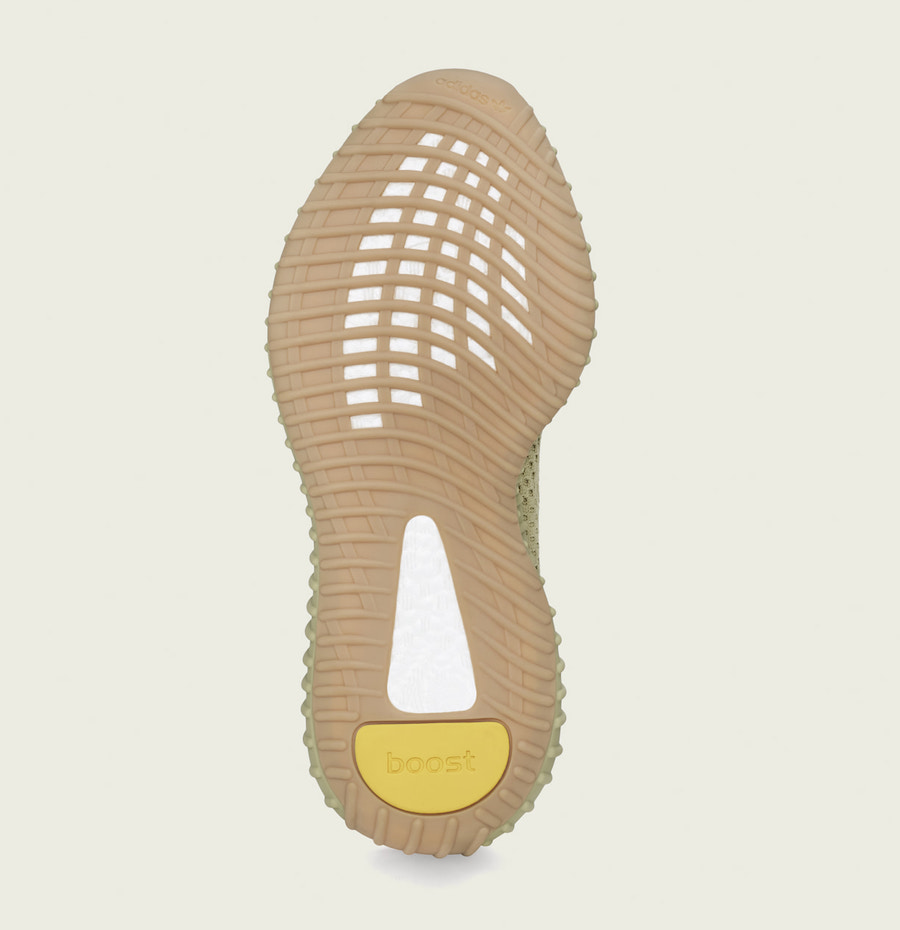 Expect these to be a good bit profitable as it seems to be slightly more limited. A few places will have access to them which may drive up resale value.

According to StockX the trade range is between $335-$431 with the average price being $434. That’s pretty good however it may drop after release date. Expect resale to be over $300 after the pair officially release.

That’s an average profit of $80 per pair before taxes and service fees.

Currently on stockX, trade range is between $295-$397. The average price is $419 which gives you an average profit of $199 before taxes and service fees.

These sneakers seem to be a little more limited so they may be harder to cop. This is also a shock drop as mentioned above so the time of release may not be disclosed.

They will be dropping on the Adidas official website and Yeezy Supply for retail price. You can also get them on re-seller websites such as StockX.

That’s all for today folks! Make sure you follow our twitter and Instagram for quick updates on hot new releases. Also, join our SFSH cook group for valuable insider knowledge.

However, sneaker re-selling can be difficult without proper guidance. If you’re thinking of re-selling and don’t know where to start, the Hypemaster Playbook is the number 1 guide for all you need on the subject.