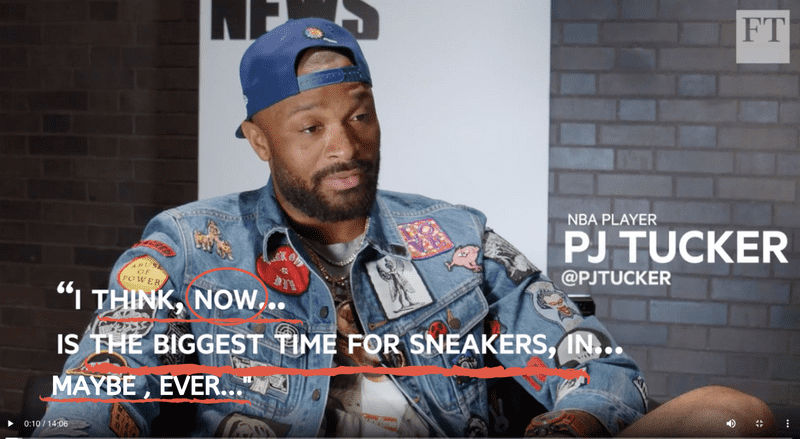 There’s a reason why financial times, Forbes, CNBC, and more are talking about the sneaker resale market…

In uncertain and unprecedented times, the sneaker resale market is holding strong and is still expected to grow — thankfully, it’s not too late to make the life changing decision of hopping on the train with us for a fun ride.

This information may seem overwhelming at first, and it might sound a bit too good to be true.

And maybe you’ve tried and failed at reselling sneakers. 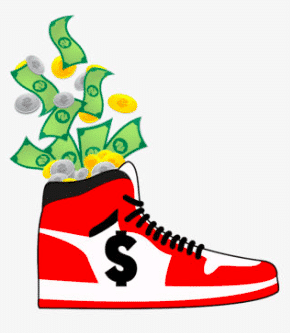 So, do you Want to flip shoes for thousands of dollars today?
Hypemaster Playbook…

Reselling sneakers is the funnest and coolest way to make tons of money…ever.

Take a look at Benjamin Kickz below.

Benjamin Kickz was and still is one of my biggest inspirations, and I simply believed that I could build a business like him and acted on the opportunity with the correct knowledge that is tried and tested after many mistakes…

The thing is, anyone can reach levels of sneaker resale success once they have the knowledge base.

I modeled after what Benjamin Kickz showed me is possible, and I hit higher goals than I ever thought I would

Ok, so here’s a little bit about me, and why I started Six Figure Sneakerhead and wrote the Hypemaster Playbook.

I wanted to make some money as a college dropout in tons of debt.

I was selling everything from toys to hoverboards, not knowing where to put my focus and energy…with some wins and a whole lot of losses.

I discovered reselling shoes by accident when I found out about Benjamin Kickz…and it was the best thing that ever happened to me.

The first big AHA moment in breaking down what made him successful was when I discovered this pair of shoes that made $500 per pair: 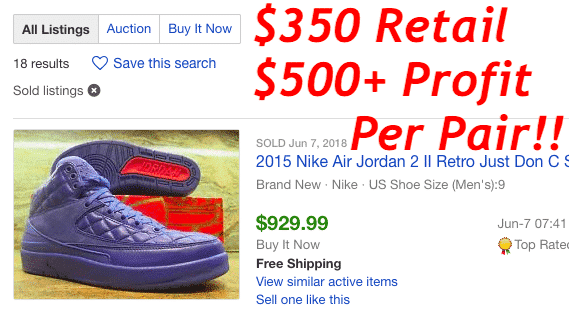 I knew that if he could do it, I could…

So I dedicated myself to decoding the formula to why a teenager could make millions selling sneakers.

Just 2 months later, by learning how to sell shoes like this consistently… 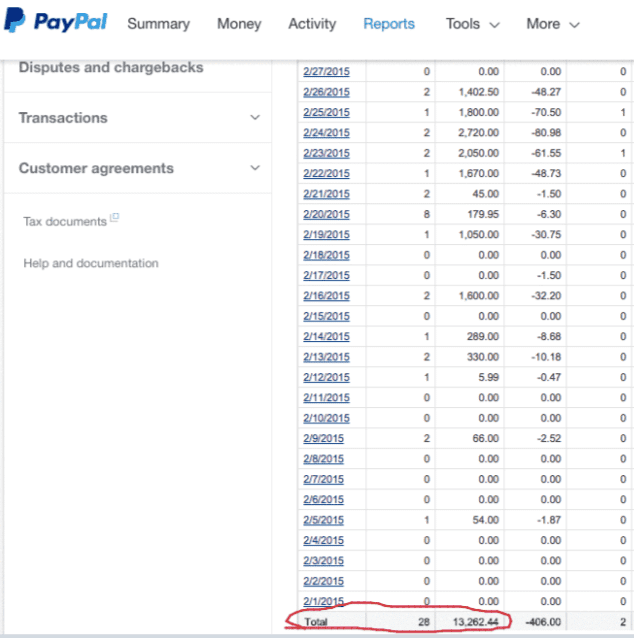 And that was only the beginning!

I’m no genius, I just chose the right thing to sell…so I’m not the only one who can do this, anyone with the correct knowledge that we lay out as a total blueprint in the 5 part Hypemaster Playbook can do this.

Not convinced you can do it?

Selling shoes is a $2Billion Dollar Market and growing, according to Forbes, and you can join today with the right knowledge. 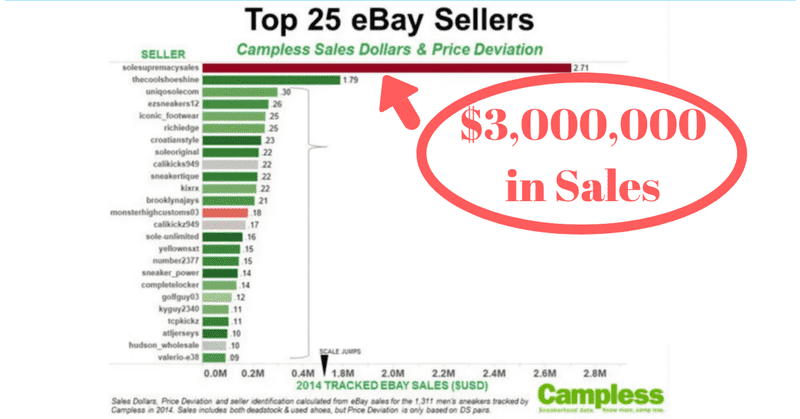 …Many sellers are teenagers and college kids who started not too long ago. 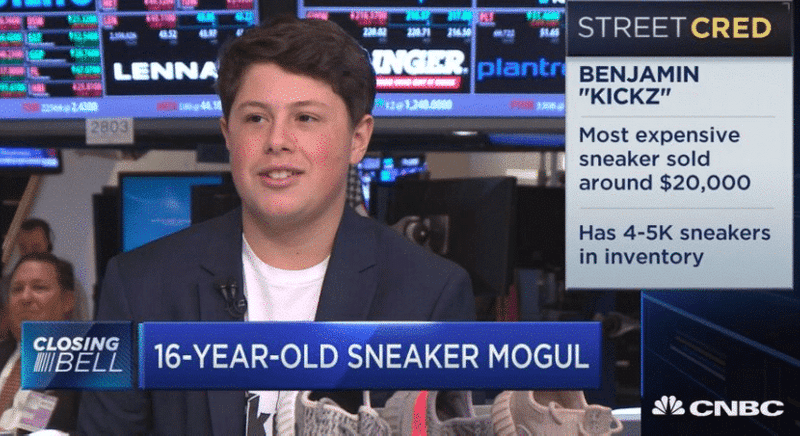 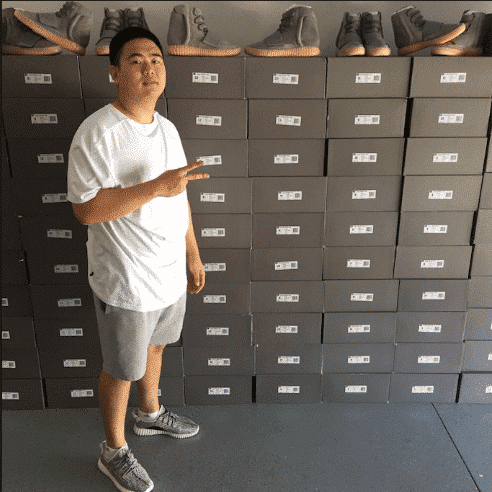 Kuo’s business was growing so fast even in the beginning that he wanted to drop out of college.

His strict parents wouldn’t let him, so made a bet with his parents that he’d have $100K in his bank account in 1 year from reselling shoes….

He dropped out when he won the bet less than 1 year later with more than $100,000 in his bank, selling shoes like these Nikes below: 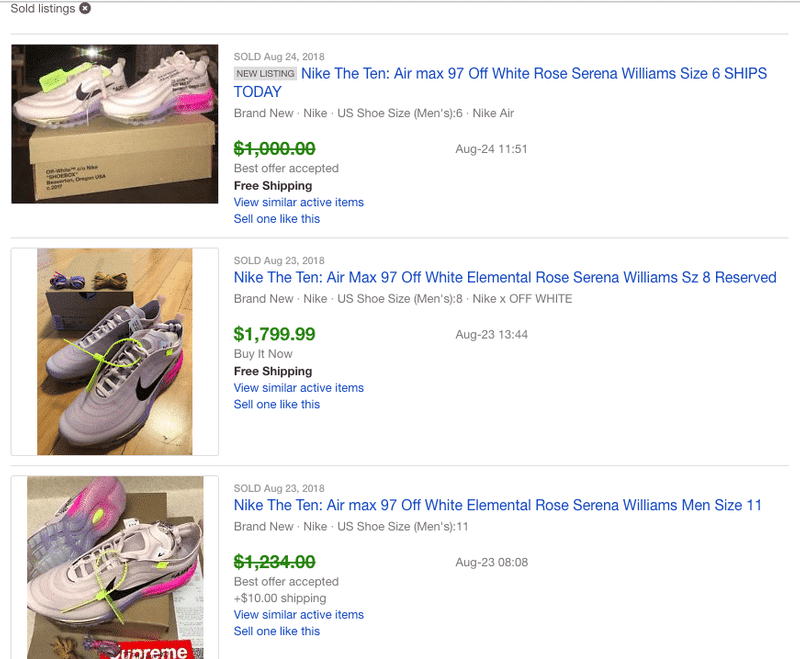 How do you grow your business from $0 to $100k, or become a plug like these guys?

I’ve answered all these questions and more in the 5 Part Hypemaster Playbook. 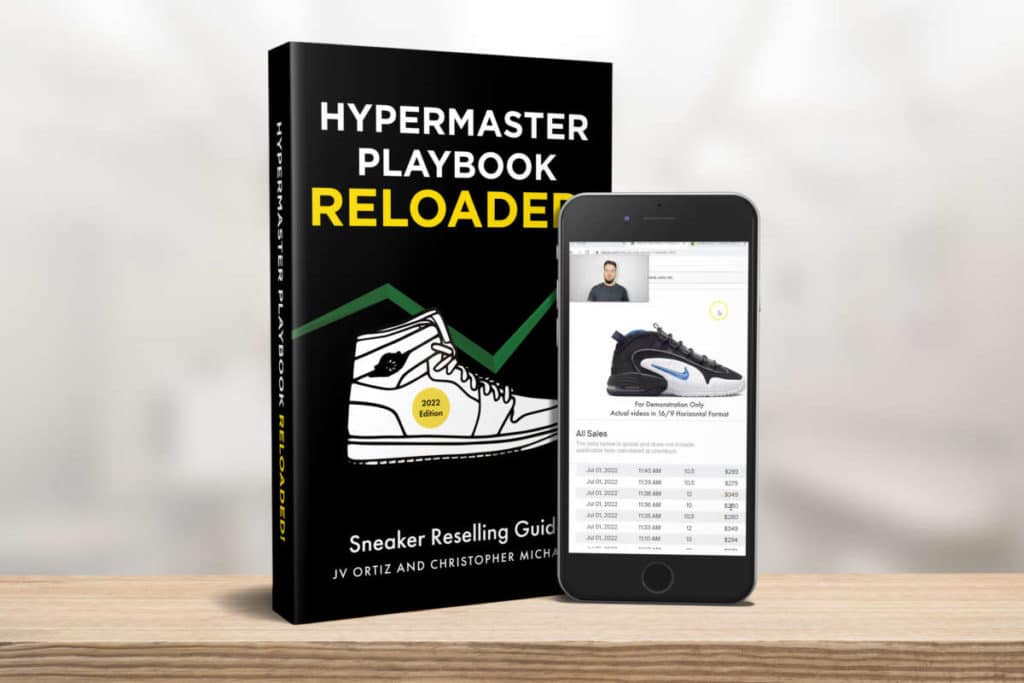 With the Hypemaster Playbook, you  will sell shoes this weekend, and make up to $500 (or more) on your first sale alone, a 10x return on the cost of the guide…

There’s no other reselling opportunity like this in the world.

Selling shoes is the best feeling ever, and starting sooner rather than later is the best decision you can make when it comes to investing time, money and effort…

Learn to become a top seller in the billion dollar shoe market  today with the Hypemaster Playbook!

In it, I’ve taken the extensive insider knowledge of what it took to become a successful reseller like Benjamin Kickz and Allen Kuo, from a complete novice …

Readers of the guide are getting multiple pairs of shoes and report starting sneaker businesses and scaling them to a significant source of income.

Here is an example of an opportunity that happened earlier this year–with many more to come– that readers of the Hypemaster Playbook acted upon: 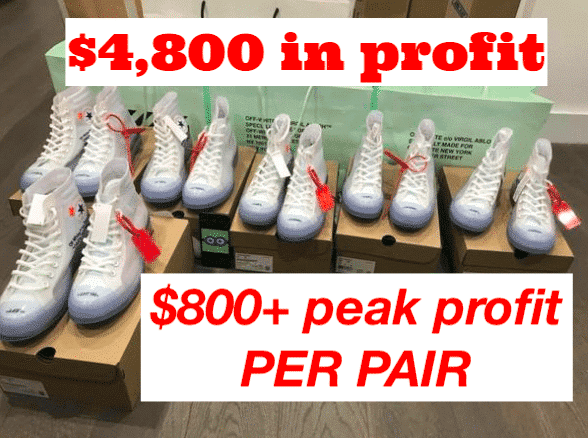 These Chuck Taylors had a retail price of $130 and resold at over $1,500 consistently for weeks, and still currently sell for 6x the retail price.

Does this all sound too good to be true?

Well, we at Six Figure Sneakerhead pride ourselves in giving you the best info.

Read below to see our current satisfied customers: 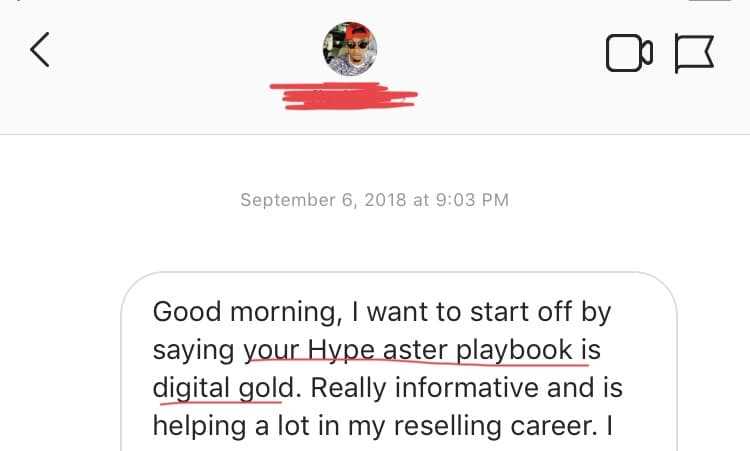 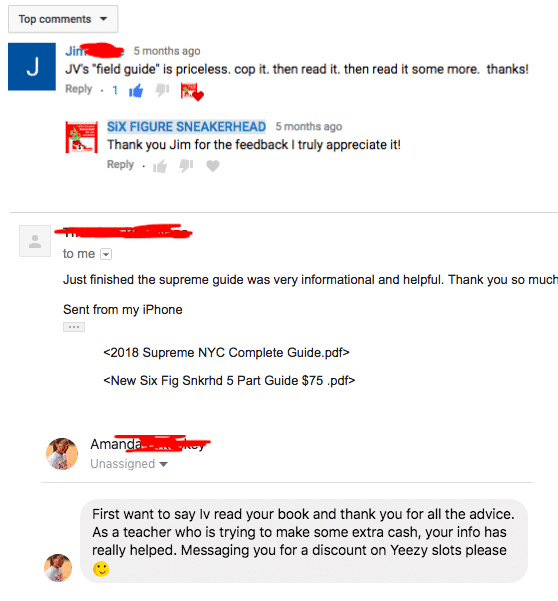 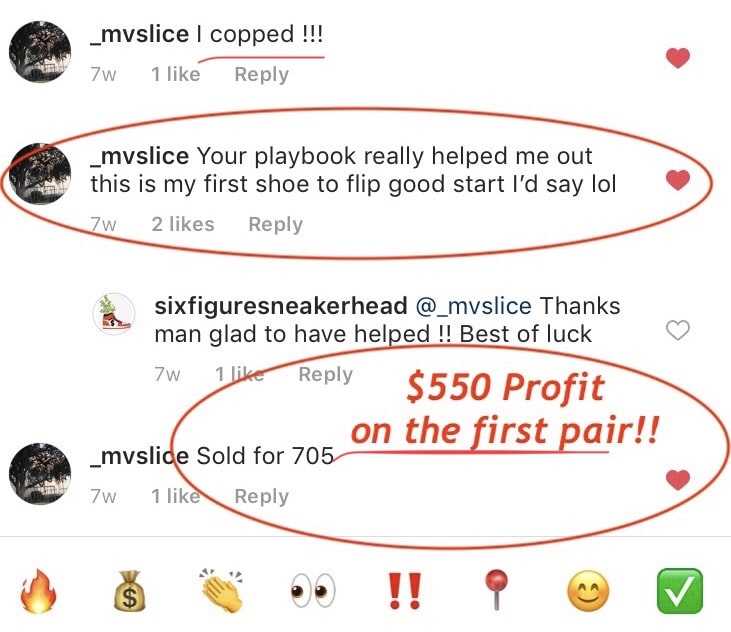 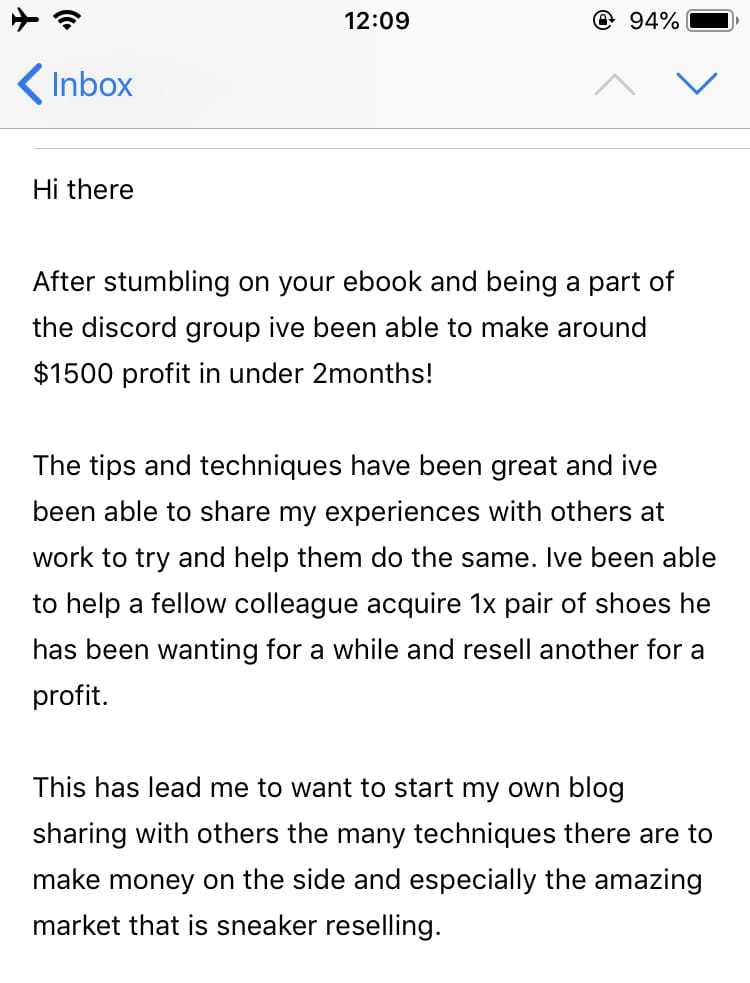 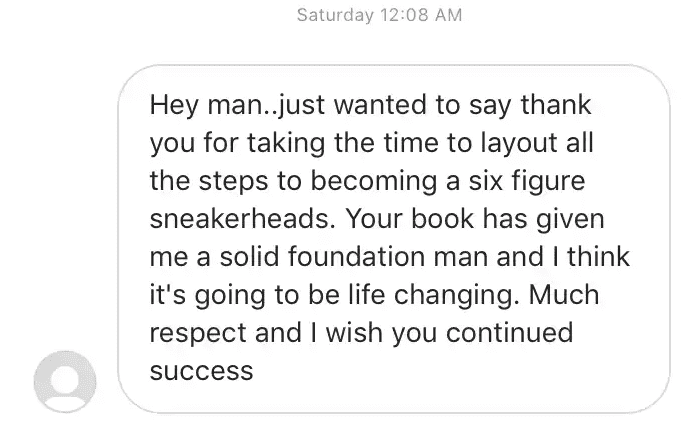 IN THE NEW, IMPROVED FOR 2019, 5 PART HYPEMASTER PLAYBOOK, IN ADDITION TO AN EXTENSIVE HISTORY OF SNEAKERS, YOU’LL LEARN…

How to skyrocket profits with multiple kicks

How to always get winning pairs

Selling sneakers has many pitfalls, especially for beginners. Don’t  buy losing pairs and lose money like I did at first.

Flipping sneakers is perhaps the fastest way for someone with hunger and hustle to make six figures (other than slinging drugs :P)

This unique 5 part formula of the Hypemaster Playbook is crucial if you want to stand out from the pack of hype chasers as someone who wants to build and scale a real sneaker business.

Here’s some of our satisfied customers inside of our private winner’s circle: 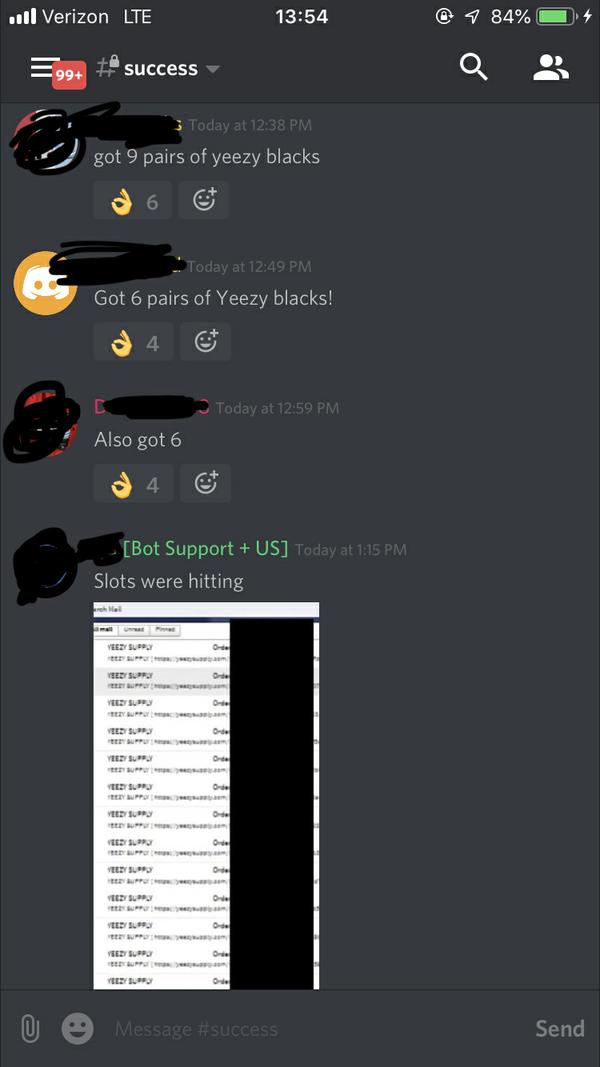 Every day delayed is a potential dollar made. We promise you this is worth it! Join our team today. We’d be glad to have you.

THE HYPEMASTER PLAYBOOK ALSO INCLUDES ALL OF THESE BONUSES!!!

(already know the ins and outs of reselling and want to see how one can get 50+ pairs in a drop? check if our limited run insider’s guide is available here)