After various rumors it’s finally happening, Air Jordan is collaborating with the luxury brand “Dior”. Their sneakers are called the Air Jordan 1 High Dior and it sure is a beauty!

You can find it here on our 2020 most hyped shoes to resell article.

The pair will release on July the 1st. Stay tune for future updates in case of further delays.

Sign up to our news-letter below and never miss out as we’re dedicated at sneakerflippers to bringing you the fastest information on resale guides and more.

Also check out our blog for information about hot new shoe releases to resell!

Make sure you stay updated if you want a piece of this multi-billion Dollar market. 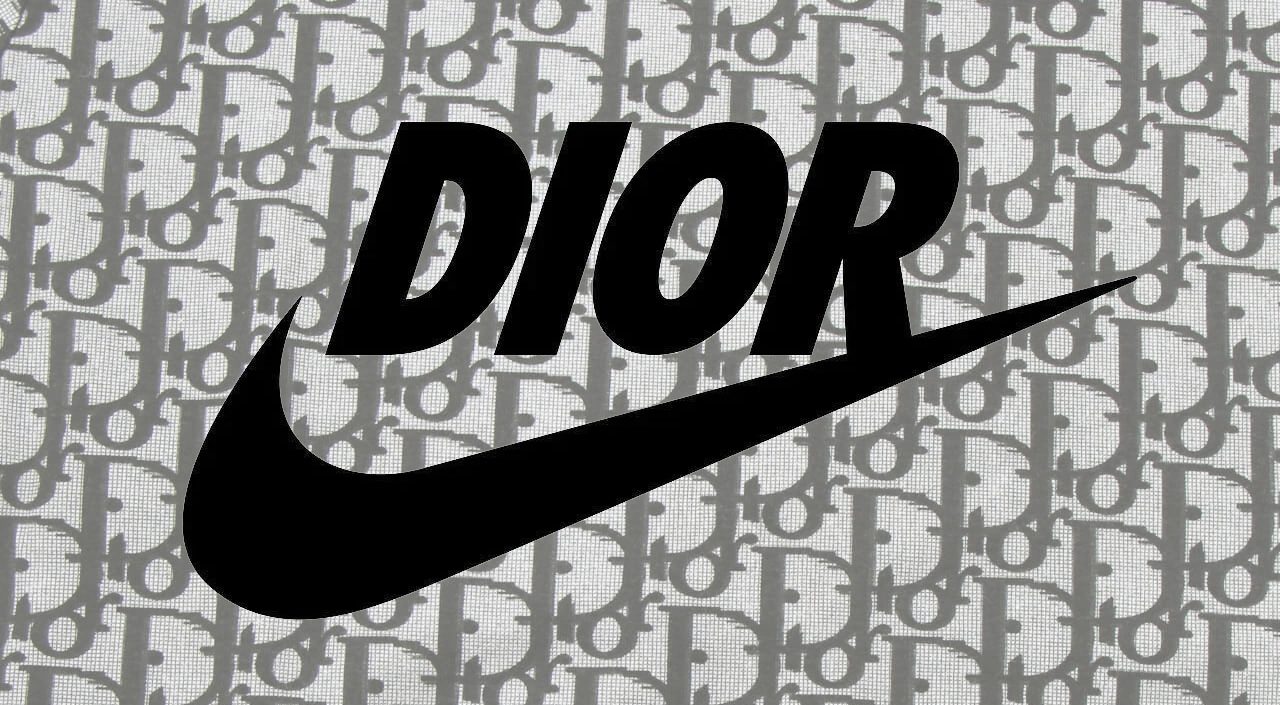 You may be well aware of the Air Jordan brand my sneaker-head readers. However, you may be interested in a bit of a history lesson about Dior.

It all started in 1947. When Christian Dior started a fashion house that became a global fashion symbol. After Dior entered the sneaker market, everyone knew where this was going.

Incredibly expensive sneakers started releasing pair after pair for price tags of over a $1000! That Dior name is heavy however people that can afford it still buy them.

This is the first time the basketball shoe brand and the French couture house have collaborated and we have to say, it’s a special one.

Even though history shows that these pairs don’t particularly do well on the resale market. We’re very interested in the Air Jordan 1 High x Dior.

It not only has a designer name but the Jordan hype as well. This is definitely one of the biggest collaborations of the year.

Dior sneakers alone however, don’t do that well on the resale market. Let’s look at a few pairs. 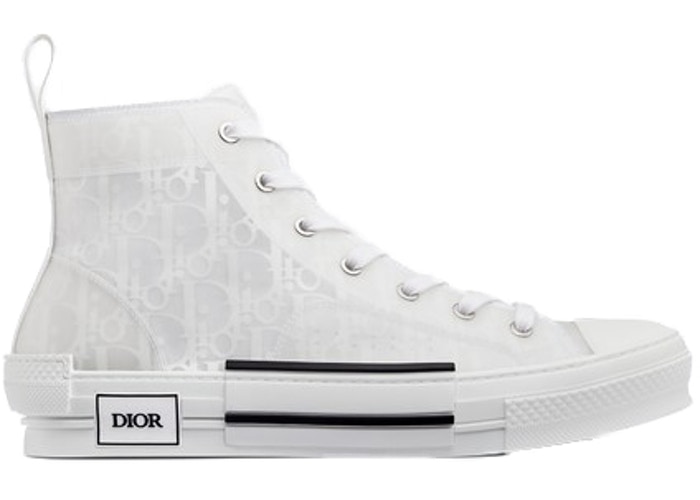 This could have earned you a potential profit of $732 and that was mostly before release. After the pair dropped the resale value fell and re-sellers started suffering losses.

That’s a negative price premium of almost 53%. Let’s move on. 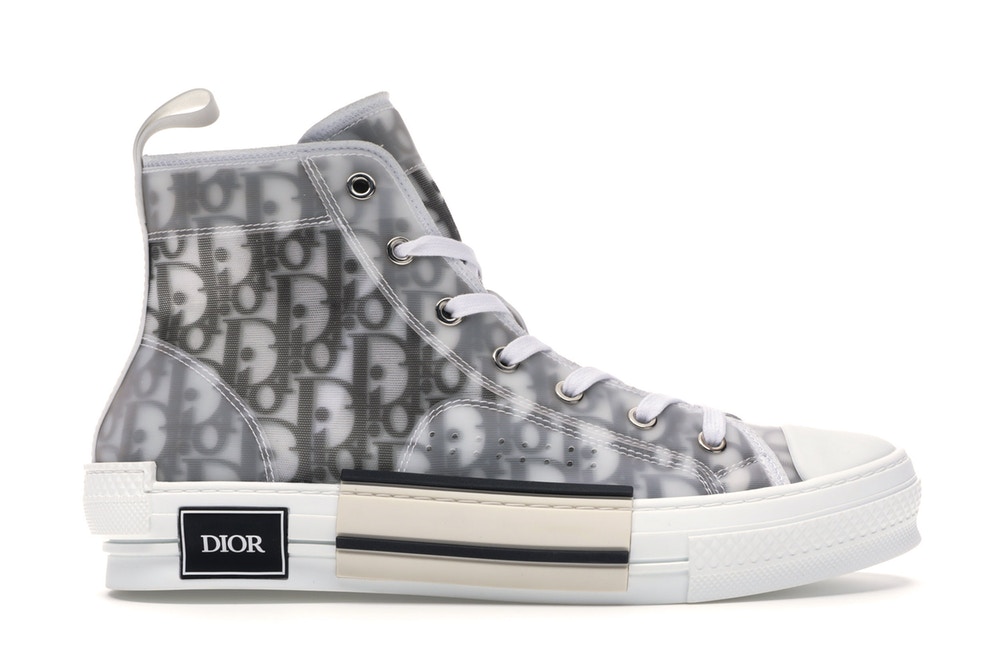 These are doing just as bad guys. I suppose designer brands often don’t do too well on the sneaker market.

Even though these things are a beauty, they probably weren’t meant to be good re-selling shoes. Probably has to do with ease of access as you can still buy these today for retail.

Sales are also highly volatile so an accurate assessment is difficult.

The trade range is between $652-$1,074 and the average price is only $990. That’s not at all good for re-sellers unless you managed to cop one before release date.

The potential profit though was high at $791, very few have managed to score it.

It’s not looking good so far. However, are we looking in the right place? Let’s see how similar Air Jordan high colorways do on the market and maybe we’ll get a more accurate representation. 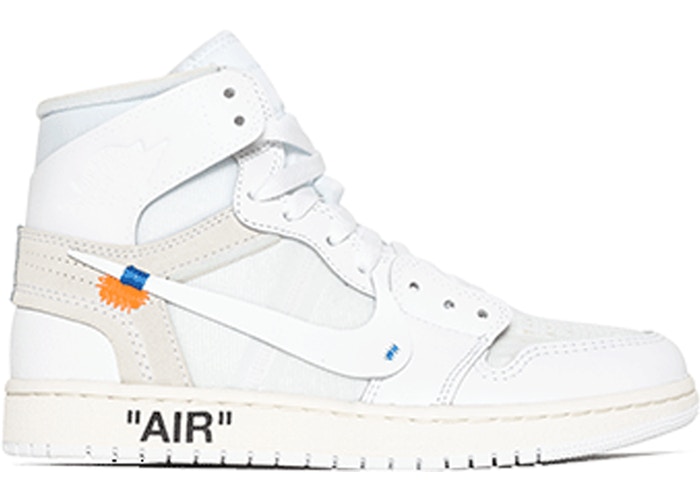 On the other side of the spectrum, we have the Jordan Retro High Off-White (GS).

These are basically gold and may have earned thousands of Dollars in profit for anyone that was lucky enough to cop them.

Not only was this shoe hard to find because of the hype but being initially a European release made it even more precious.

If you had sold these at peak value, they would have earned you $2,687 in pure profits. The average profit is $1,539 and the pattern shows that this keeps on rising! 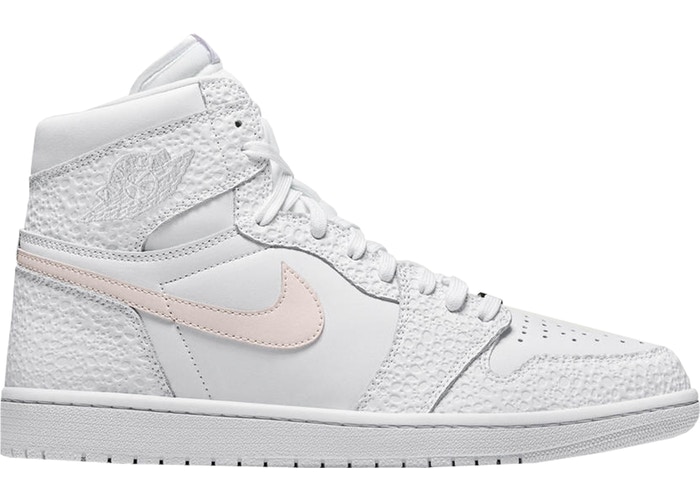 Flyleather is Nike’s new technology that contributes to a lesser carbon footprint and all that good stuff. However, coming to the important stuff. The resale value.

Well only about 50 pairs were released world-wide so obviously this sells for thousands. The limited quantity as well as the new technology gives it the higher value.

Even though the Jordan x Dior isn’t as limited, this may give us a good idea. 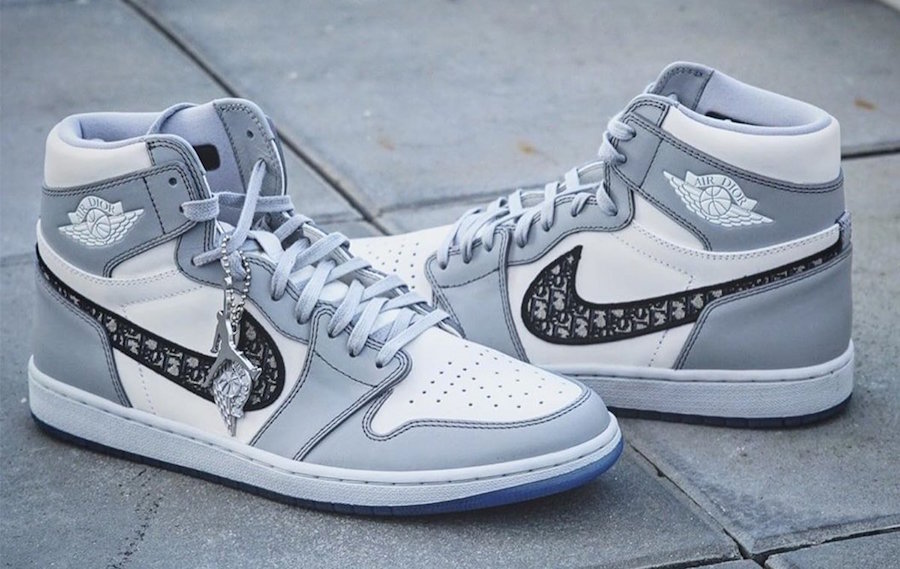 Made with the highest quality Italian leather, this may just be sneaker of the year for many. With only 8,500 sneakers being made, these are sure to grab the attention of all sneaker-heads.

This was aggressively teased at the fashion weak through celebrities such as Travis Scott. The pair features a grey and white leather upper with the signature monogram swoosh. 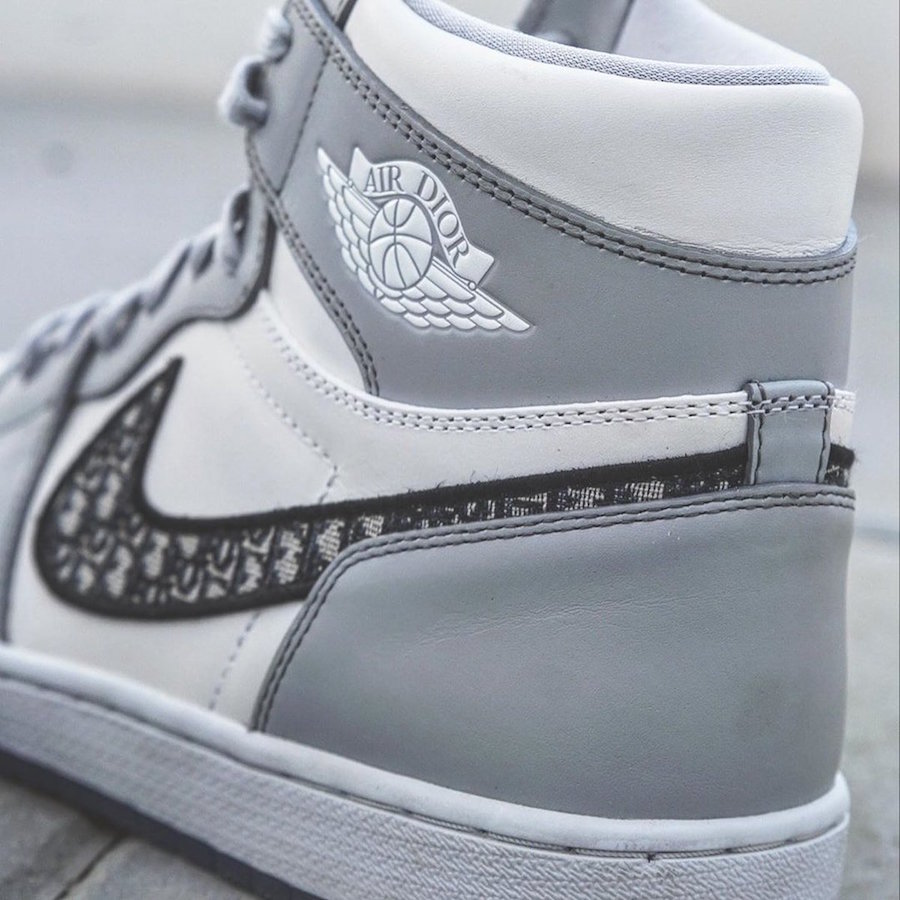 The sole features the Co- Branding of Nike and Dior with a translucent material that looks pretty cool. 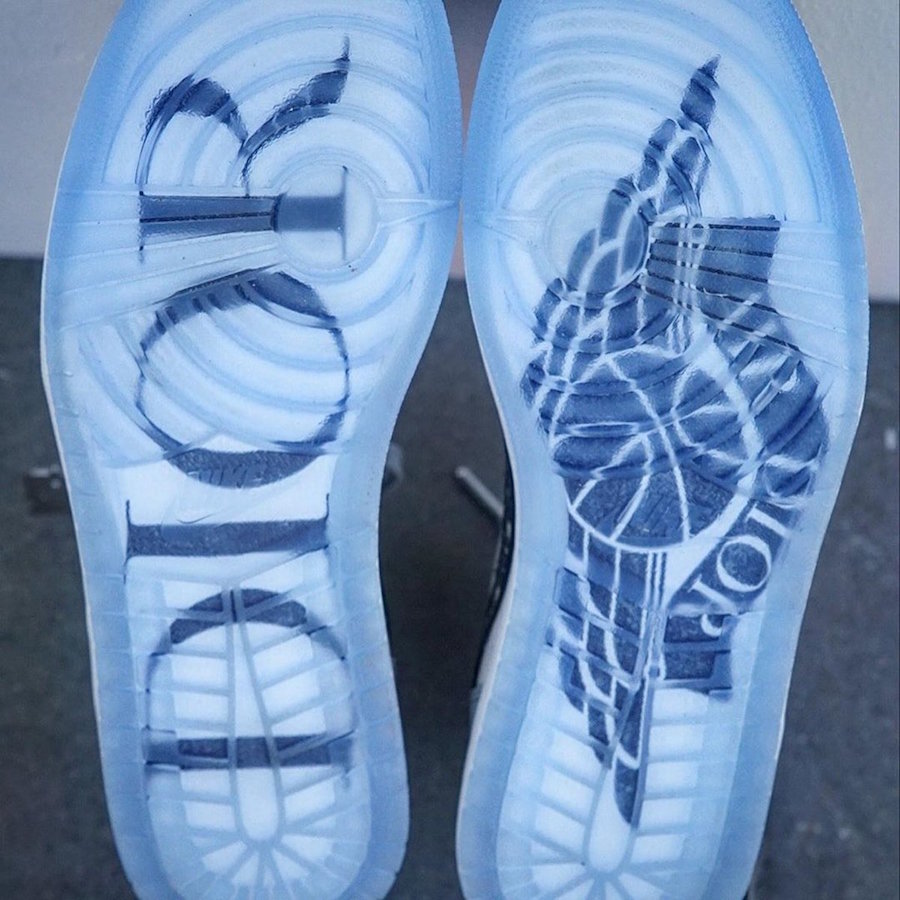 The tongue has the Dior and Nike air Logo on it as well in a grey-white color tone. 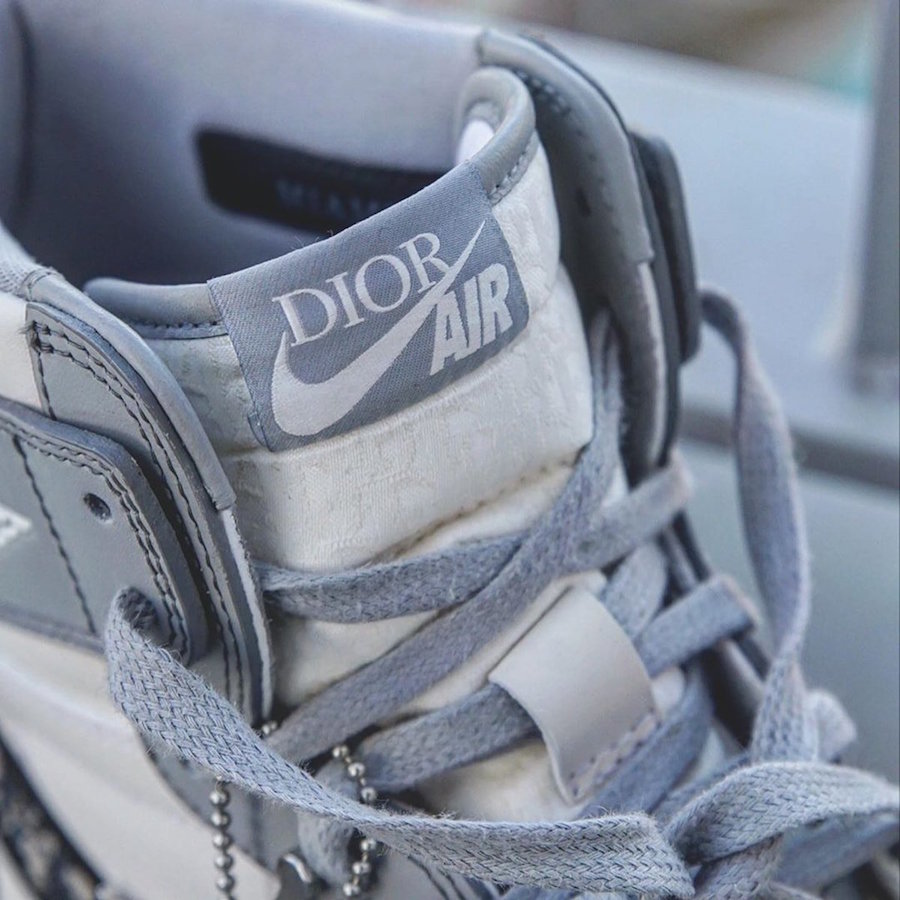 The pair also features laces with Dior branding on the aglets at the end of the laces. Finally, there’s also an Air/Dior silver hand tag to embezzle the over-all design. 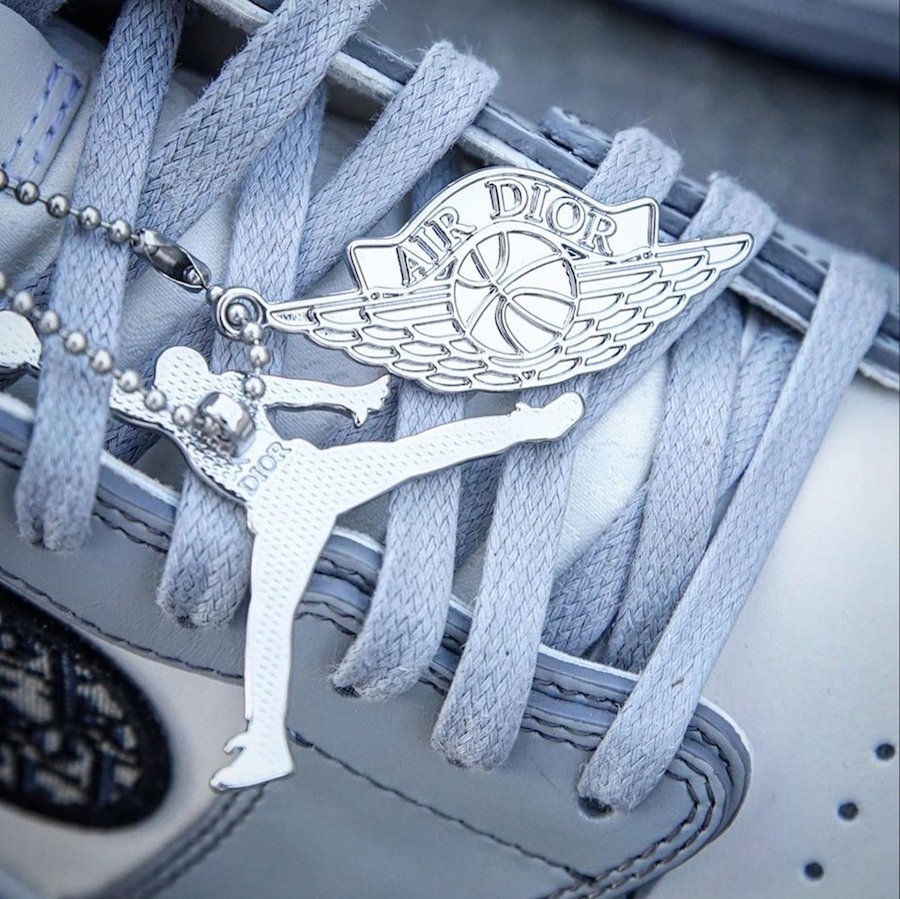 Honestly guys, this thing is a bold fashion statement which may even justify the price tag for some.

You may be asking yourself, I’ve got an extra $2000 to blow but on what? Well look no further, the Air Jordan High Dior is set to drop on 1st July.

How to get it? Well that part is tricky. They will be launching in 2 lotteries for the high and the low top in LA and New-York.

If you enter the first lottery and win you get the right to purchase the high top. That or you have the right to access to the RTW/ACC POP-UP and get a boarding pass.

In the second lottery you get a chance to get access to the low tops in the same manner. The lottery opens march 23rd and 24th .  March 26th, the emails go out about who wins or loses.

If you fail to cop, you can find them on Stock X and GOAT.

If you manage to get your hands on one of these, you are one lucky individual. Even though Dior sneakers alone don’t resale well, Air Jordan ones of this quality do.

The resale is estimated to be around $12,000 to potentially even further beyond. About the price of a decent car! StockX won’t show much information however, from January the sales were as below. 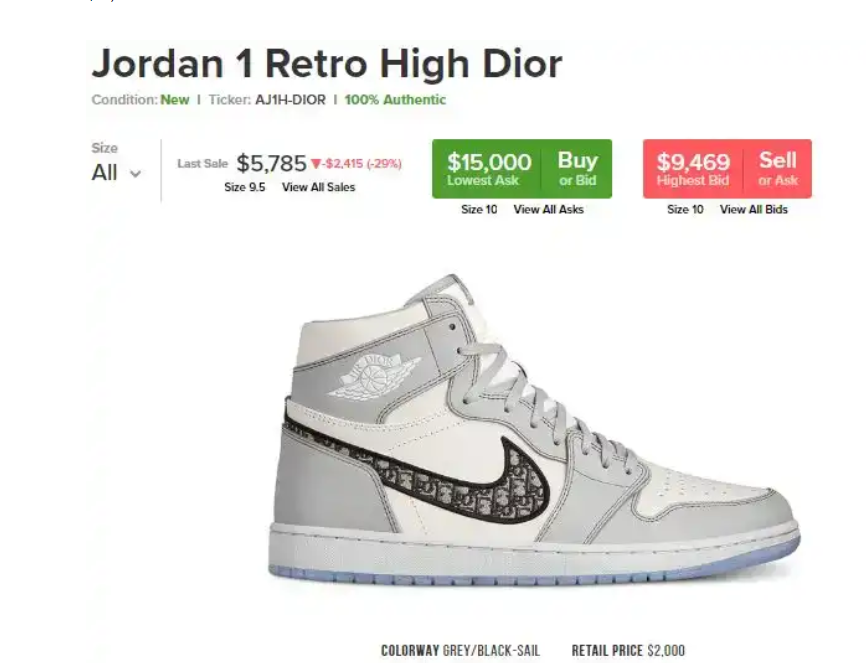 To summarize, the Air Jordan 1 x Dior High and Low release date is on the 1st of July for $2000. They will also be sold via a lottery system that opens on March 23rd and 24th

In New York the pop up will be on April 16th to 23rd and in LA from May 1st to 8th. If you fail to cop there’s always StockX and GOAT, however that’s going to cost you. A lot.

If the rumors are true about only 8500 pairs being produced. Then potential profits can be anywhere from $8000 to much more!

Well that’s all for this one folks! My personal sneaker of the year so-far. I encourage you again to sign up to our news-letter below to never miss out!

Also make sure you check out our Instagram and our SFS cookbook.