After a pretty quiet March, it’s nice to finally have some profitable shoes again. There were some surprises in March, such as the regional exclusive Yeezys being such a hit, so hopefully some of the releases in April can live up to that standard.

Of course, all owners of the new 2019 Hypemaster’s Playbook and members of the Private Discord Cook Group (email [email protected] for joining info) will have all the inside info on these releases, with members of the group getting free slots for all of them! Without further ado, here are the top profitable shoe drops for April 2019!

The first pick of this month is adidas’ futuristic ZX 4000, in a grey/black colourway. This shoe has a very high retail, mostly due to the research and development cost of the 4D Sold. This isn’t the best percentage profit shoe, but if you have a lot of money to spend this month, pick up some larger sizes and you can make a few hundred profit for sure! 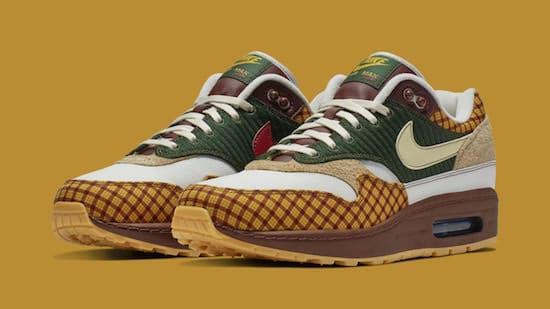 Air Max Day took place last month, and although it was quite a lacklustre month for air maxes, Nike made up for it by releasing tonnes of new Air Max colourways in April, the first of which is this Air Max 1 Susan, which has been created by Nike in a collaboration with animation studio LAIKA to celebrate the release of their upcoming comedy film, ‘Missing Link’. This shoe is reminiscent of a ‘What The’ colourway, seen on many Nike shoes in the past. This will be quite limited, and early sales are almost in the thousands. Don’t sleep!

April 13th is a packed day, so make sure to have plenty of money saved for this day. The first release of this day which I will talk about is Gwang Shin’s Air Max 97, which he designed with his home city of Seoul in mind. The neon blue and pink upper and the glowing pink outline of the swoosh reminds many of the big colourful billboards and advertisements in Seoul. This shoe has been teased for a long time, so expect these to sell out very quickly. Every size will do well!

Another release on the 13th, this is the most hyped of all. This light blue shoe is reaching very high pre sale prices, and of all the ‘On Air’ competitors, designer jewellery Cash Ru’s Shanghai inspired colourway is a hit among sneakerheads worldwide. Good luck purchasing these shoes for retail, as they will be very limited. Members of the Private Discord Cook Group will have all of the inside info required to cop these, and will also receive some free slots.

Although we didn’t originally include these kicks in the beginning of the month, a renewed interest throughout social media has been buzzing about this deconstructed, minimalist and futuristic Air Vapormax Plus model. Lou is a female freelance photographer from Paris, and should have a promising career now after being in the spotlight and coming out with such a clean design worthy of big brands.

Designed by Tokyo based Yuta Takuman, this head turning maze pattern is meant to reflect the vibe of Tokyo as seen through its subway system, with the colorful laces reflecting the equally vibrant and entangled map of the city’s trains.

A black sole with a red bubble insert tones down the business to make one of the more coveted and easily recognizable designs from the 2018 Nike On Air contest’s 2019 collection.

Another hyped release of this day, the Yeezy Boost 700 returns again. Since the past three releases of this shoe haven’t done great, I would recommend avoiding this shoe if you don’t have a lot of money to spend. Some sizes, like bae sizes will do well, but due to the high retail of this shoe, and the other profitable shoes releasing on this day, it’s not the best idea to cop a lot.

The final release of this packed day, the Air Jordan 1 returns, this time in a light pink and black colourway. Like always, the best sizes for Jordan 1s are 7-9.5, but these may be a slight exception, as the pre sale price is quite good even for bigger sizes. Jordan 1s always resell, so there’s almost zero risk with copping these.

Released on 4/20, this shaggy dog-themed kicks were definitely date appropriate. They dropped on the SNKRS app in limited quantities and sold out at highs of a $150 profit. Days later, the price is still holding steady at around double retail. Not all SBs are a hit but these definitely were.

After a thirteen day break from the 13th, hopefully you will have some money saved before this drop. The Jordan 1 this time releases in a black and white ‘panda’ colourway. This shoe will be releasing in women’s only sizes, so bigger sizes will perform better than usual. Don’t sleep on these, many stores will have them in store also, so although it may be an easy cop, you will still be able to flip them for a nice profit

After a successful Air Fear of God 1 and Shootaround release, Jerry Lorenzo’s brand ‘Fear of God’ continue their collaboration with Nike with two new silhouettes. Featuring the signature icy blue air unit on the sole, these are sure to be a hit among sneakerheads and hypebeasts worldwide. Make sure to sign up for plenty of raffles in store and online, as these will sell out fast!

Another month, another few Yeezy 700 releases. After a great start of this new silhouette (Static v2), last month saw the release of a disappointing ‘Geode’ colourway, which bricked before the release. This all black ‘Vanta’ colourway will definitely perform better than the Geode, and I expect it to be on par with the original Static release. Make sure to not sleep on these!

There is certainly plenty of money to be made this month. If you manage to get one pair of each on this list, after an initial investment of about $2500, you could make up to $4800. That is around $2300 in pure profit! If you’re not reselling sneakers already, I don’t know why you aren’t–there’s a billion dollar pie that tons of people, including teens like myself are taking part of. Of course, owners of the Hypemaster’s Playbook (which has recently been updated for 2019) and members of our exclusive Private Discord Cook Group will know the best ways to cop these shoes, and will be making lots of money this month!

See you next month and take care,

PS: email [email protected] for info on availability of our private cook group!

Best Shoes That Will Rise In Value In 2022