For every hyped release we see from Nike, Off White, Adidas, Yeezy, Fear of God etc we know one thing is for certain – people are buying them for the sole intent of reselling them. Why else would you be here if not to learn the tips and tricks from some of the masters in the game!

But we are all aware that the sneaker resell industry is a tough one – somewhere along the line you or someone you know is going to be caught up in the hype of a release and end up buying a ‘brick’. For the un-initiated to buy a ‘brick’ or ‘bricking’ is when an item that is quite hyped fails in a truly shameful and spectacular way.

Take a look at the 2018 release of the Nike x Acronym Presto’s – everyone (yours truly included) hit this release with the expectation of resell prices much like the original release from 2016 (which still resell for $600-$800 today), sadly we all found the hard way that all color ways other than the ‘Racer Pink’ version bricked to an average or 10%-20% under retail.

All is not lost however, even though some of the shoes are selling for under retail that doesn’t mean they aren’t a quality shoe!

Listed below with thanks from StockX are 12 of the best under retail sneaker deals available right now, either rock them on feet or snag a bargain as they may increase slowly over time.

(all prices are current as of February 2019, check them out individually on StockX to see what the prices are.)

Disclosure: this post contains affiliate links which are sponsored by StockX.com 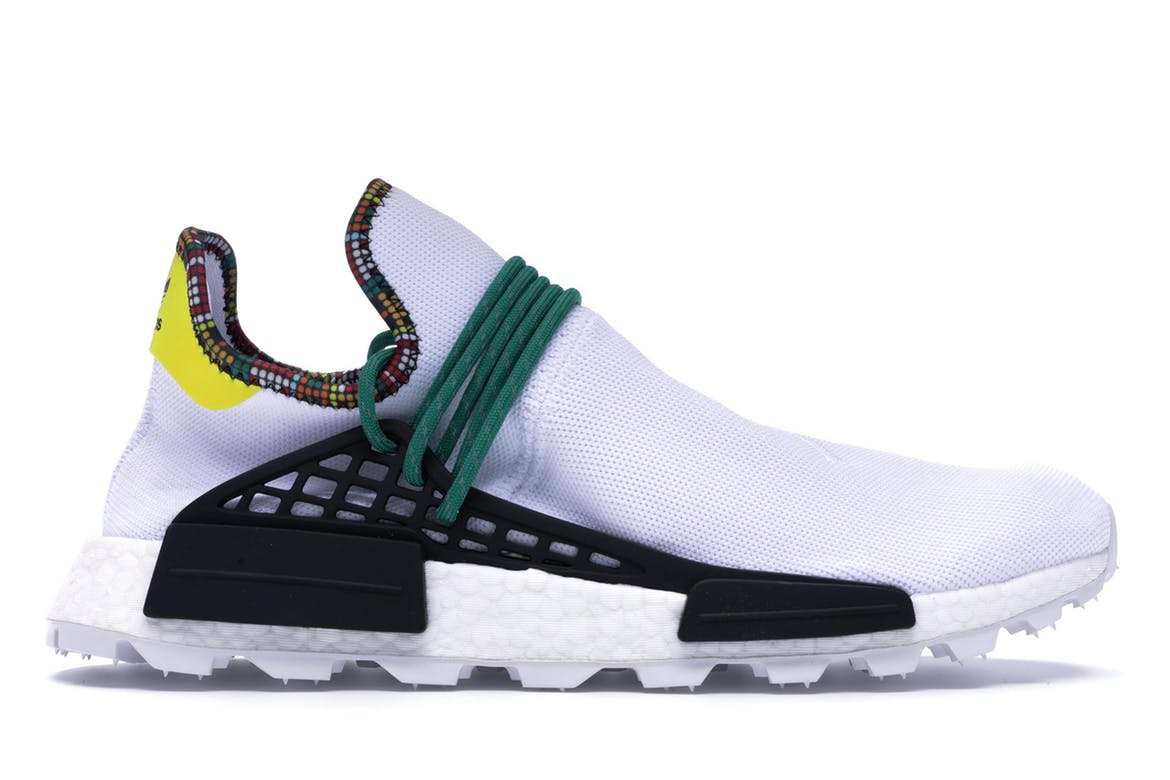 (click image above to check out the price on StockX today)

The first on our list forms part of the Pharrell x Adidas inspiration pack – expected to reach resell prices similar to the ‘Holi Grail’ pack or the original ‘Human Race’ collaboration these ones are currently going for an average of 16% under retail. Arriving in a black or white upper, white midsole and accented laces/midsoles these are some super comfy sneakers that you can pick up for under retail, our recommendation is for straight to feet on these ones, don’t expect the price to increase in the short term on these ones! 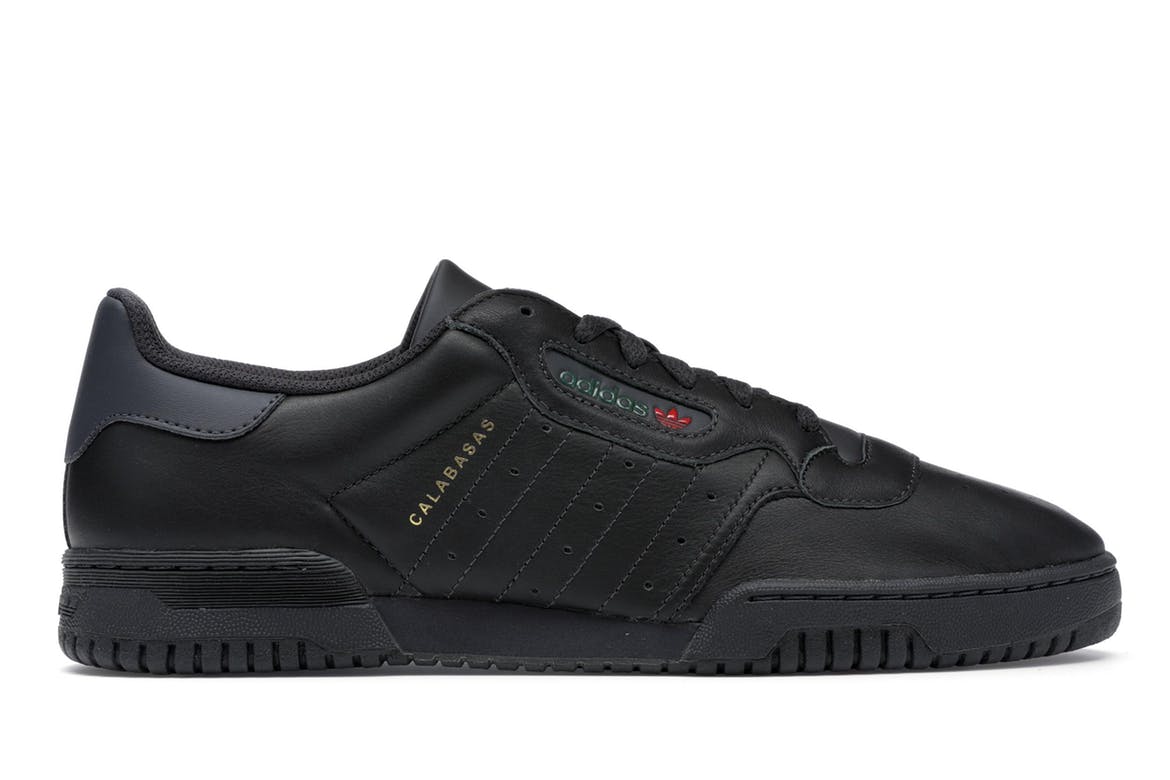 Are Yeezy’s dead? Well in the case of the ‘Calabasas’ model the answer is yes. The third colorway in a series 3 – the Calabasas Black is a sleek shoe with minimal branding across the shoe. Released in March 2018 the Black colourway has been dropping in price since their release. It’s amazing that at one point people were paying up to $300 for these–maybe in the future these will rise in value, but either way right now at around $70 they’re a total steal.

Get the Yeezy Powerphase Calabasas under retail here 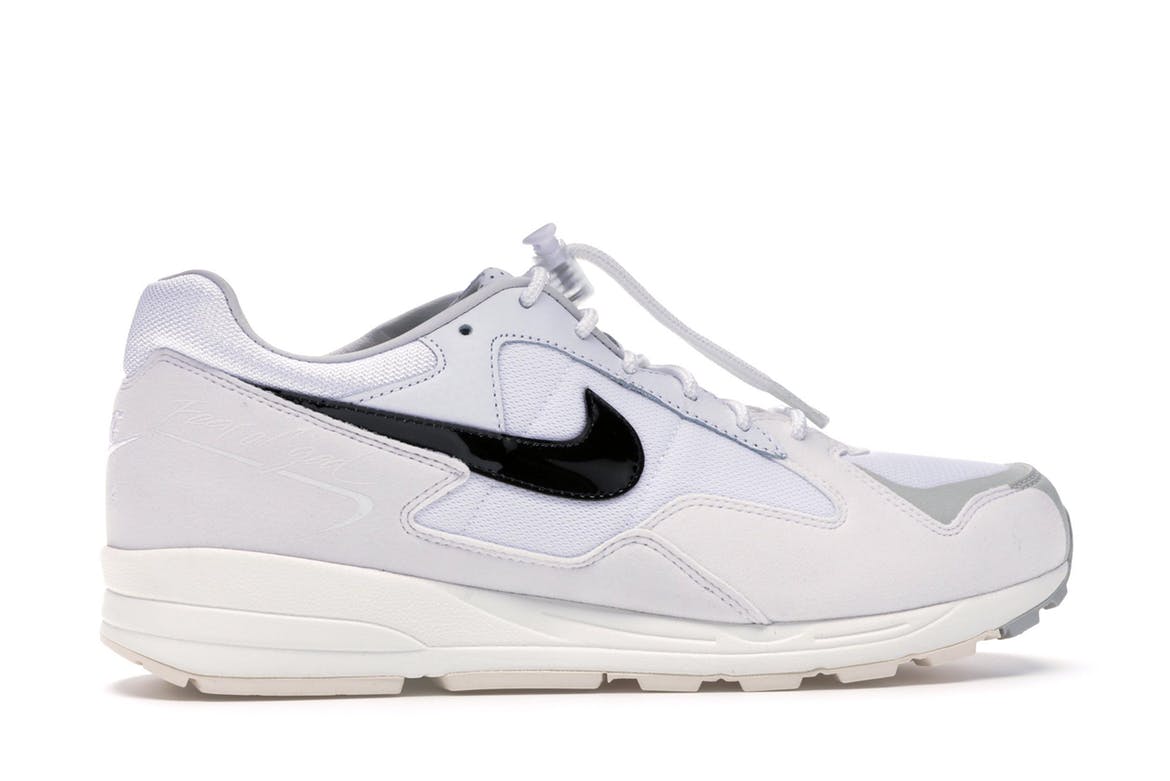 Released alongside the more hyped Air Fear of God 1 and Air Fear of God Shoot Around, the Skylon’s never really had a chance! Coming in a white upper, black Nike ‘Swoosh’ and touches of Jerry Lorenzo across the shoe these dropped in December 2018 – looking quite fresh and easy to pair with any outfit these are an easy cop for personal usage, once again don’t expect these to increase in price anytime soon with the Air Fear of God’s dominating the release. 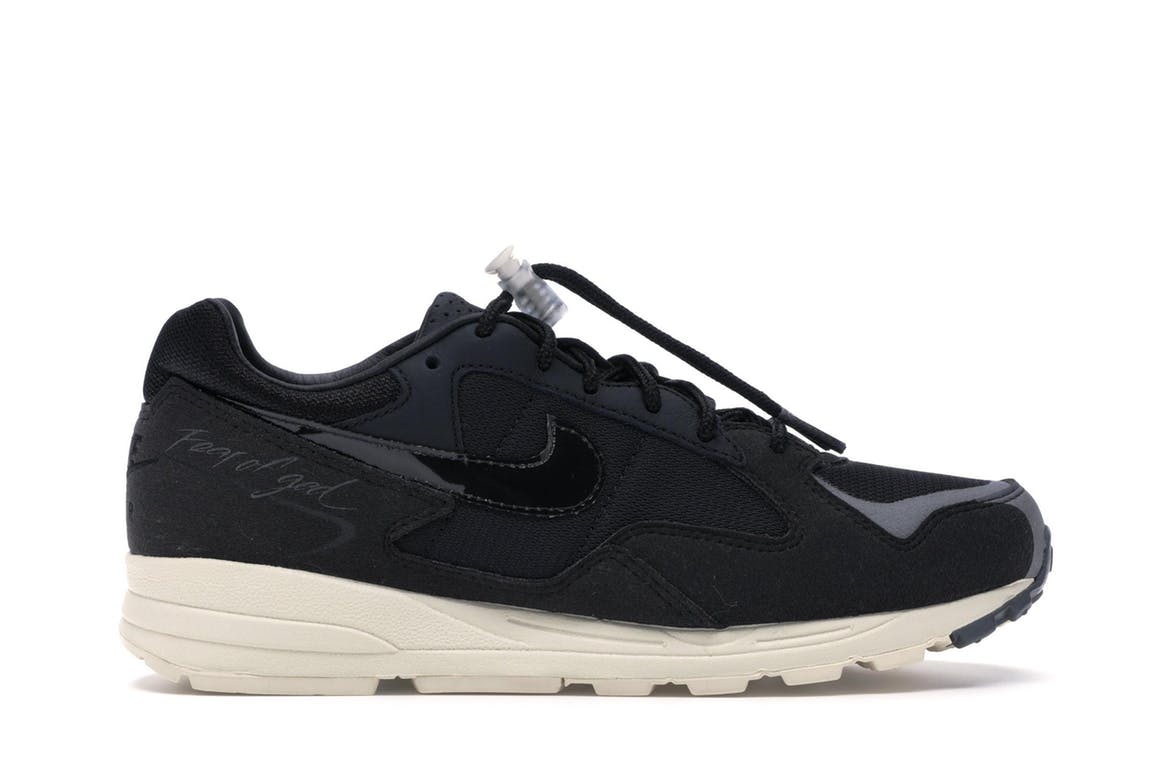 The black version of the Nike Air Skylon pack was slightly worse in terms of resell than the white version previously mentioned. An inverse of the aforementioned white version this colourway came with a black upper, white Nike ‘Swoosh’ and white sole, these shoes are sleek and an easy way to get a hold of a Fear of God x Nike collab. It’s also cool to keep track of which color is performing better to build your knowledge more. 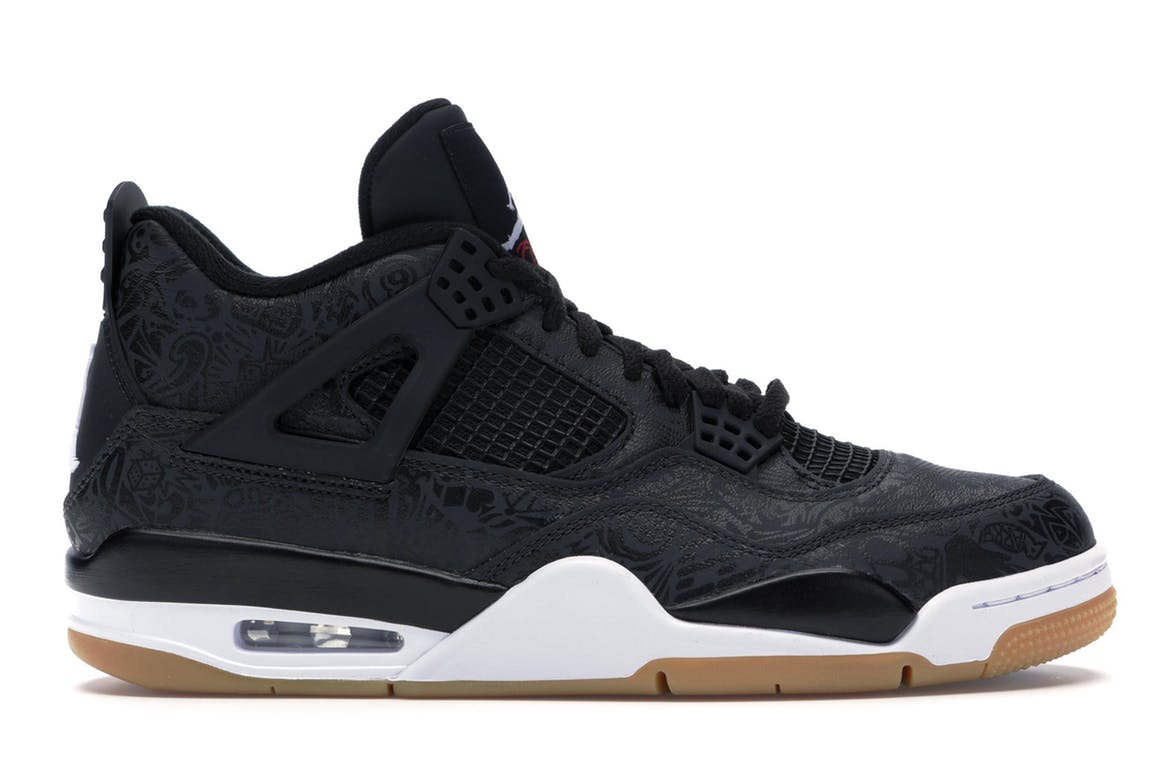 Get the Air Jordan 4 “Laser Gum” under retail here.

Jan 2019 witnessed the release of the Nike Jordan 4 in retro laser gum -the uppers of these Jordan 4’s re laser engraved a white midsole, black accents and gum sole made for one fine looking shoe. A homage to the original White Laser’s from 2005, Sneakerheads were expecting the resell on these to hit the same levels. Unfortunately the resell on these peaked right after the drop – currently these are levelling out to around retail but a great pair for personal usage. At a high of $300, these are a potential long term investment sitting currently at just half of that high price and well below retail. 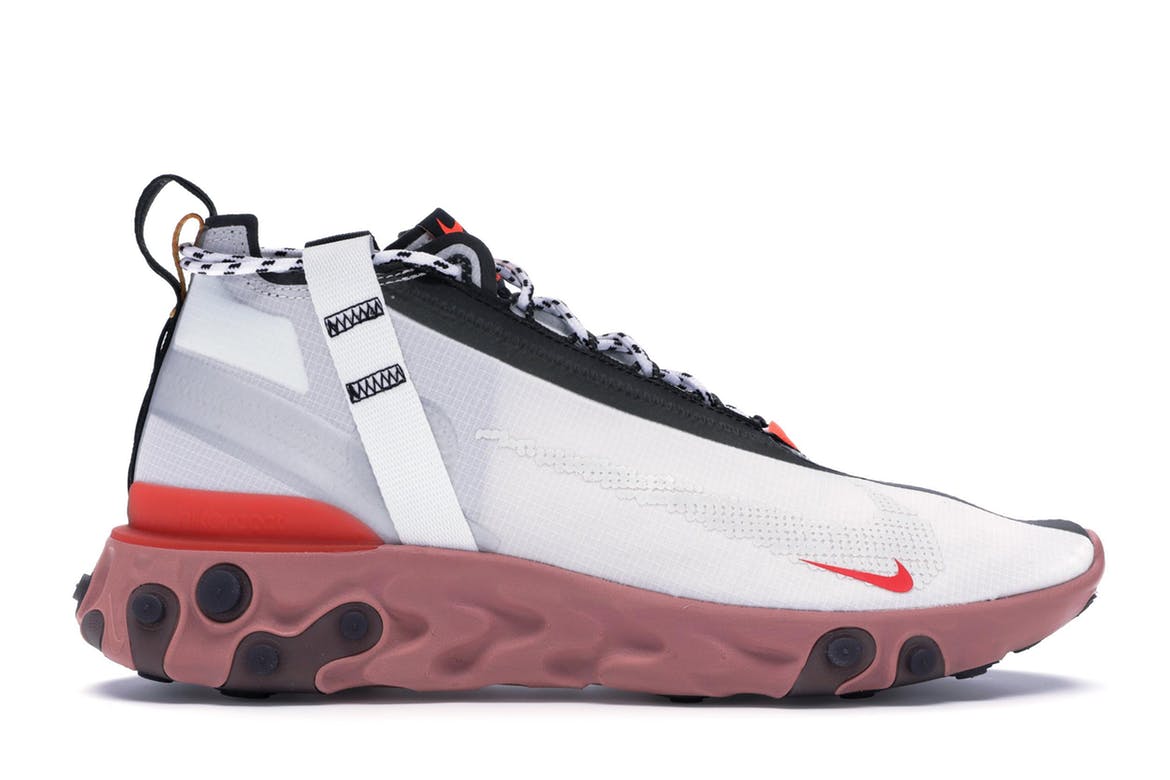 (click the image above to check out today’s price on StockX.com)
A Techwear lover’s dream – Nike dropped the first ‘ISPA’ pack (Improvise, Scavenge, Protect, Adapt) model in November 2011. Releasing in a white, crimson orange and black colourway the ISPA model utilized a synthetic TPE upper and fortified tapping on the shoe collar. The sole of the ISPA’s featured the highly successful React Element 87, unfortunately that wasn’t enough to help these models bricking. If you’re a tech wear aficionado get on these now as they will easily pair with your Acronym or ACG jacket. 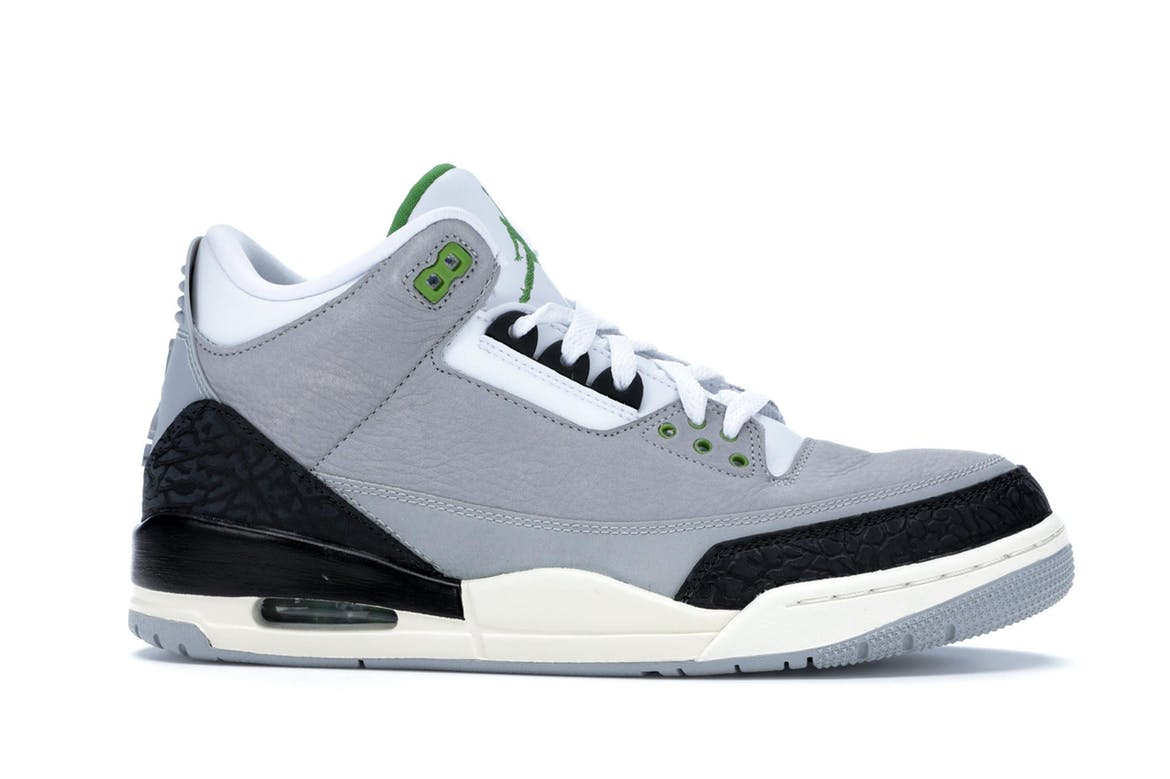 Released in November 2018 the Chlorophyll Air Jordan 3’s paid homage to the Air Trainer 1 Chlorophyll from 2012. Grey uppers with green and black accents across the midsole/ sole itself these Jordan’s were sleek and quite easy on the eye. The stock numbers on this proved to kill the resell on these, these look like they have reached the lowest price they will hit so grab a pair now whilst they are at their lowest!

Get the Air Jordan 3 “Chlorophyll” under retail here. 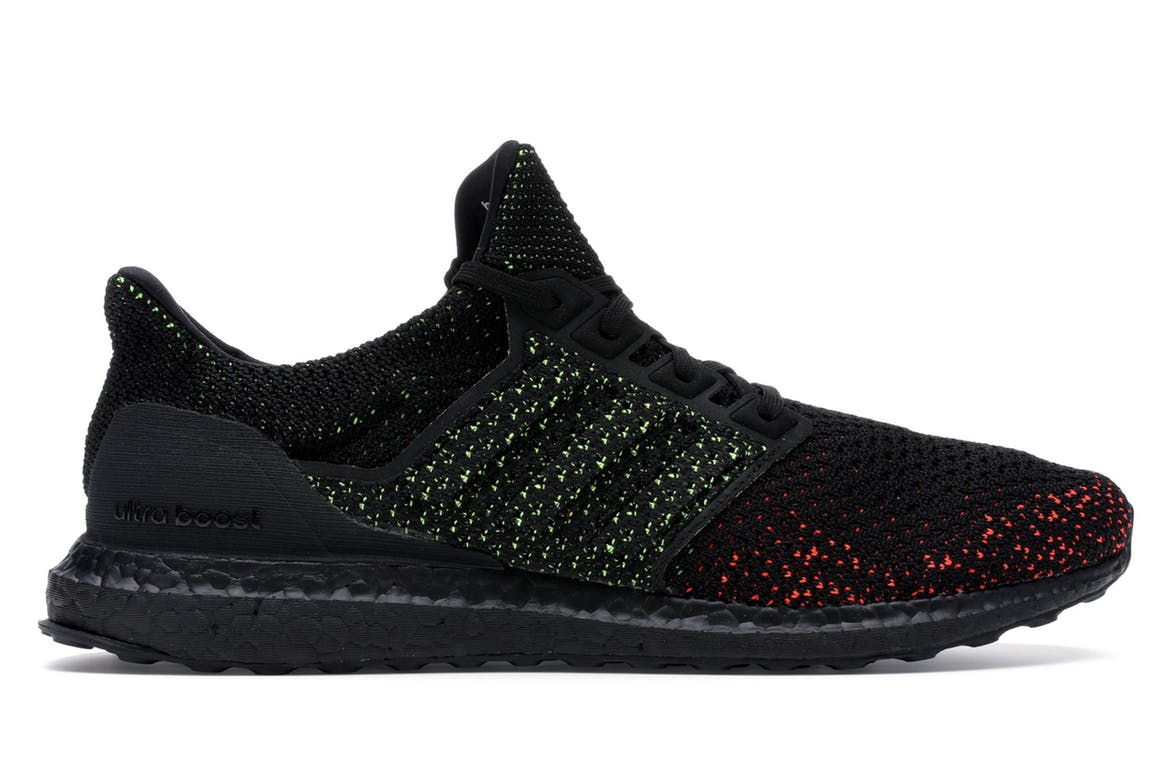 A personal favorite of yours truly – the Clima Core version of the Ultra Boost included knitted uppers covered in black with lime green/red colouring appearing underneath the knit uppers. The Clima Core dropped in two colorways and both whilst easy on the eye had limited to no resell value. If you’re after an easy entry into the hyped Ultra Boost market why not try a pair of the Clima Core’s in Black Solar Red.

Get the Adidas Clima Core Black/Solar Red under retail here. 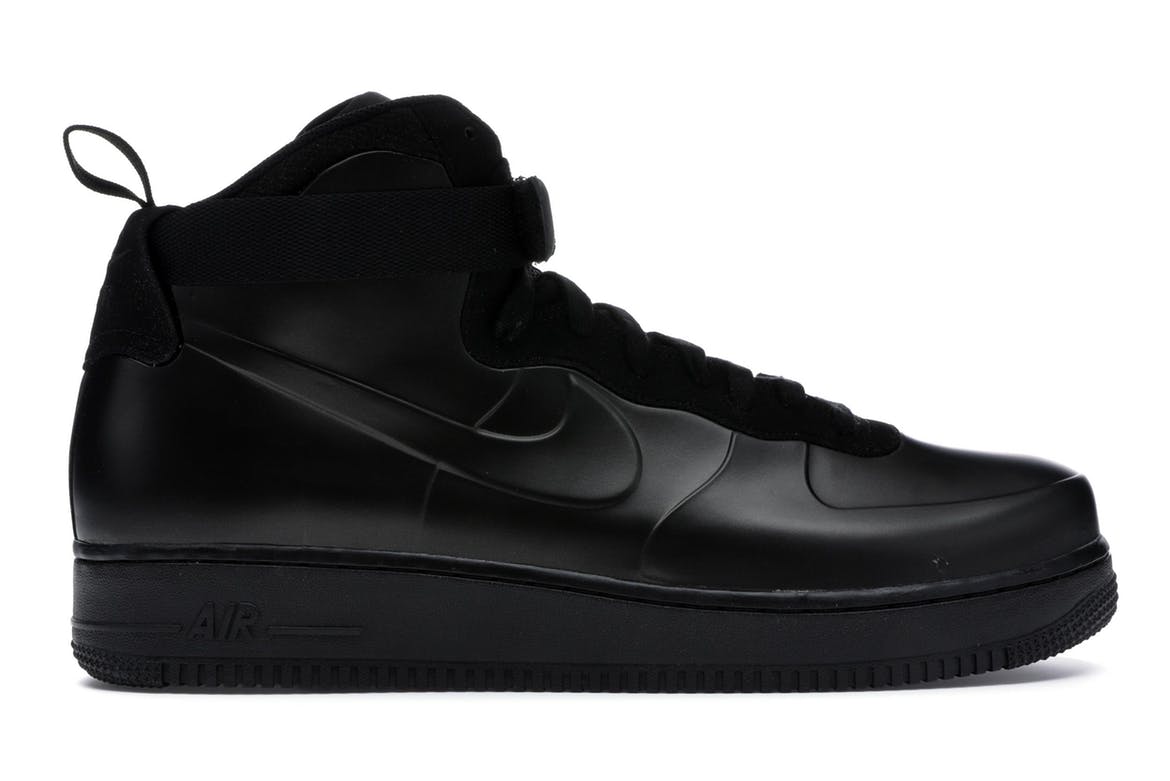 A hybrid between the ever popular Air Force 1 and the Foamposites – this mash up shoe didn’t go down as well as Nike would have hoped. The model is structured off the Air Force 1’s but using materials/ hints from the Foamposites. Personally, I’m a fan of these. Dressed in all black this model featured a seamless Foamposite upper, moulded Swoosh, Air cushioning, ankle strap, suede accent and a rubber outsole – a great beat around shoe for winter or rainy days but don’t expect these to turn you any sort of profit. 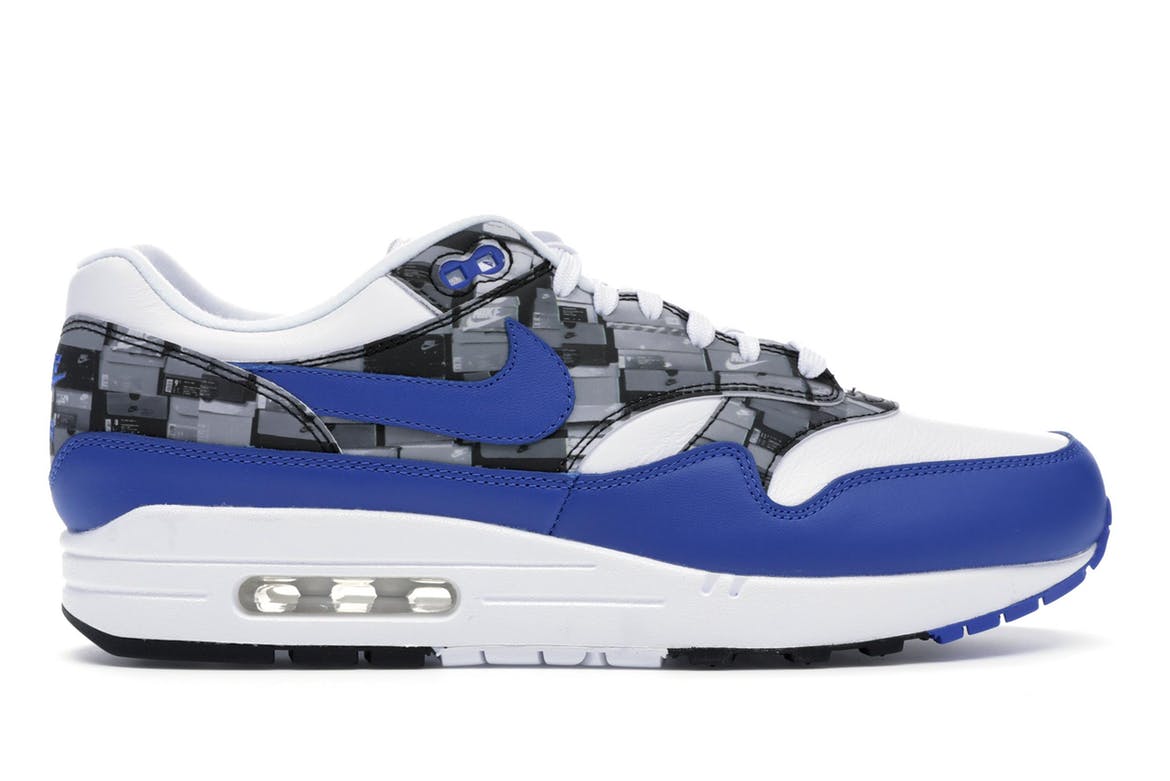 Here’s one that was for the true Nike fans. Dressed in white, royal blue and grey box colour scheme – the Atmos We Love Nike was an interesting mash up that not everyone was a fan of. Not surprisingly these are going for over 50% under retail – dropped in May 2018 these shoes are by no means the most coveted of Nike x Atmos collaborations but if your after a simple clean sneaker these might be the shoe for you.

Get the Nike Air Max 1 Atmos “We Love Nike” under retail here. 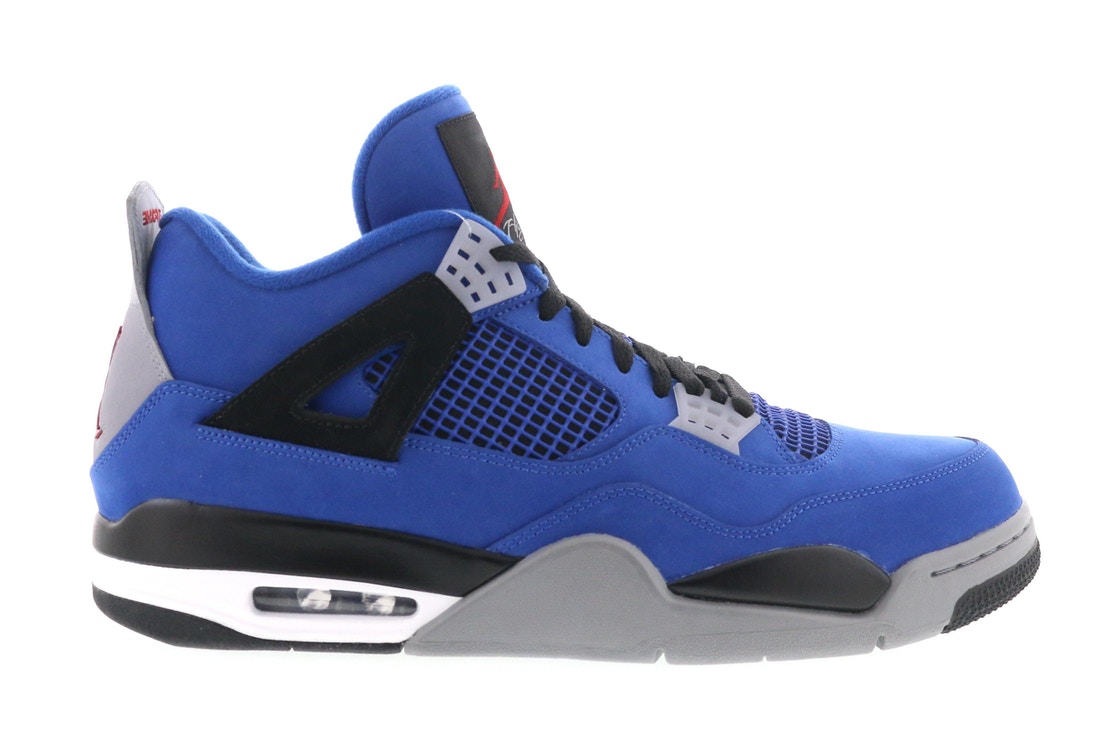 Another in the Adidas NMD line, the Marble Aero Green dropped in July 2018 with a refreshed look removing branding on the side panels. Instead we witnessed white/aero/mint green marbling across the upper giving this NDM model a cleaner look compared to the other models in this list. The NMD model is super popular due to its comfort and versatility – this model is minty fresh on feet and available now for more than 60% under the retail price–a total steal in our books! 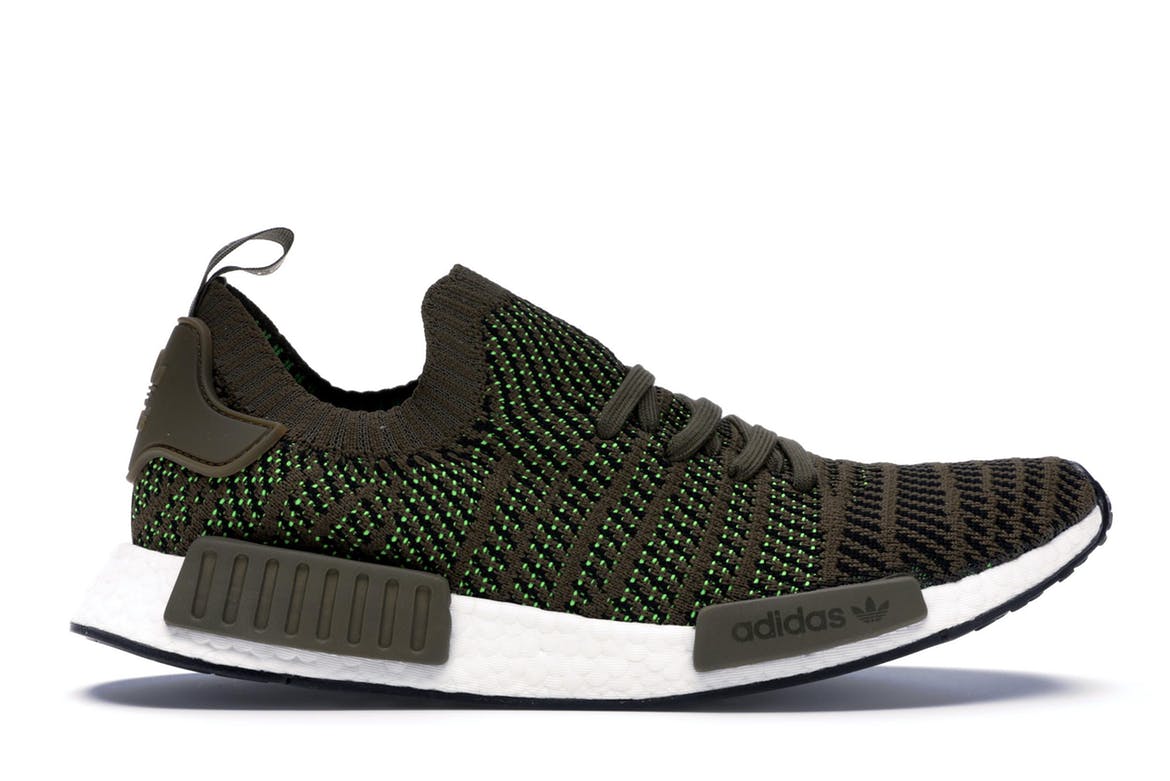 The final shoe on our list is another NMD R1 model by Adidas – once again the branding has been removed from the side panels and placed on the sole/heel of the shoe. Featuring a mesh upper in olive and lime this shoe has been dropping in value since appearing in February 2018. Perhaps we will see a rise in the near future as this current low is pretty astonishing–these are reverse resell, as they can be had for over $100 off

Grab a pair of the Adidas NMD R1 Olive way below retail here.