Sneaker companies have found a relatively new cash-cows. And boy have they been milking them.

Athletes have always been a good investment but their reach is limited. Because an athlete is only a symbol for a specific sport and that limits the company’s market.

However, if you replace an athlete with an entertainer, then you’ve got yourself a mass market and not just any entertainer. An entertainer who’s really hyped up at the moment, whose work is on the radio 24/7, playing at every club, and is just a symbol of success.

Ladies and gentlemen, I’m talking about Travis Scott here. Travis Scott owes his success to himself. His third studio album – Astroworld was a blockbuster. And from that point on, Travis Scott has become a magnet of subscribers.

Nike knows this all too well, which is why they’ve given Travis Scott the liberty to design and put his name on some of the most iconic silhouettes such as Air Force 1 and Jordan 1.

The following sneakers have been ranked on the basis of their average resale price.

Before you skip ahead, make sure you follow our Instagram page to stay up-to-date with the latest releases and hot drops. 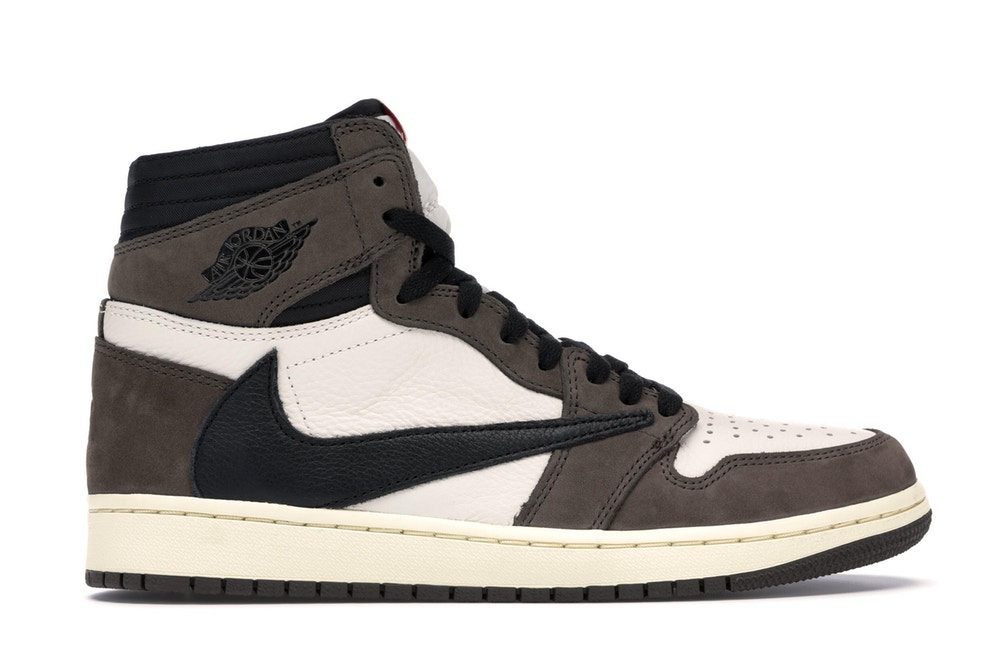 Released in March of 2019 for a retail price of $175, Travis Scott slapped his name on this legendary silhouette. Resembling the color scheme of your local coffee beans, this pair comes with a brown and white leather upper with a black Nike “Swoosh” in the middle.

You can see the audience’s approval by looking at the massive resale value of $1114. That’s almost 10 times the original value. That’s all there is to say about this. 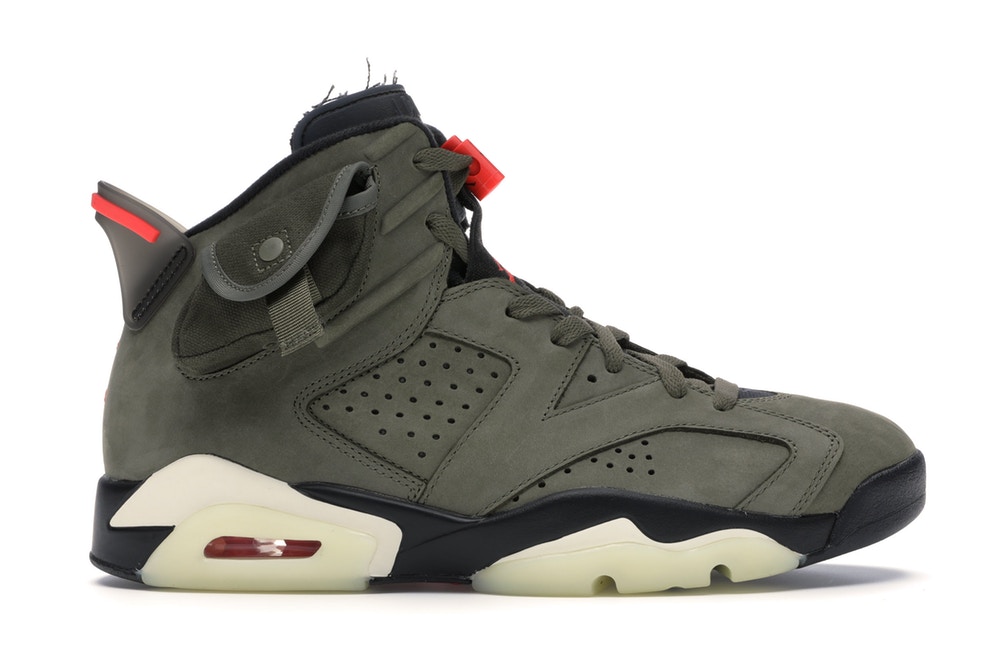 Sold for $250 in stores after being released in October, this is the fourth edition of the Air Jordan that Travis Scott has left his touch upon. Cactus Jack got the crowd hyped by wearing them during his Super Bowl performance.

The shoe features an olive leather upper with a cargo pocket displayed on the sides. We can see black and red detailing on the tongue and the heel. All in all, this pair is being currently resold for an average $770 . 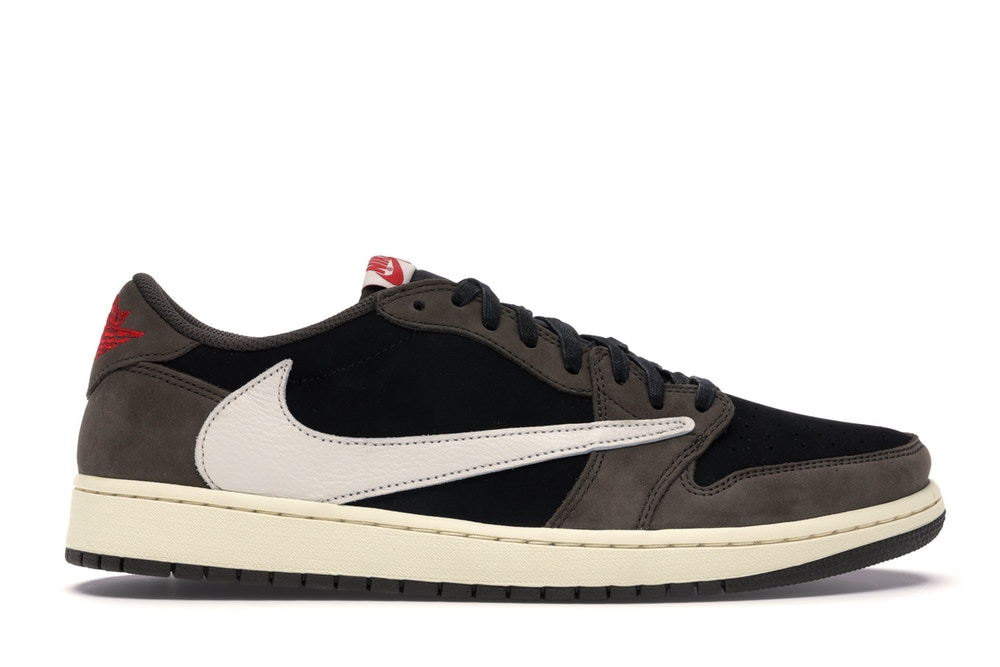 Released in July of 2019 for a retail price of $130, Travis Scott premiered these shoes while on tour for Astroworld. He had the fans, both the Jordan and his own, all hyped. However, I didn’t see the appeal. Maybe it’s the silhouette or the color tone but this just doesn’t does it for me.

But then again, it’s not me who determines the resale price, it’s you guys. And boy have you spoken well. Because this pair resells for on average at $760. 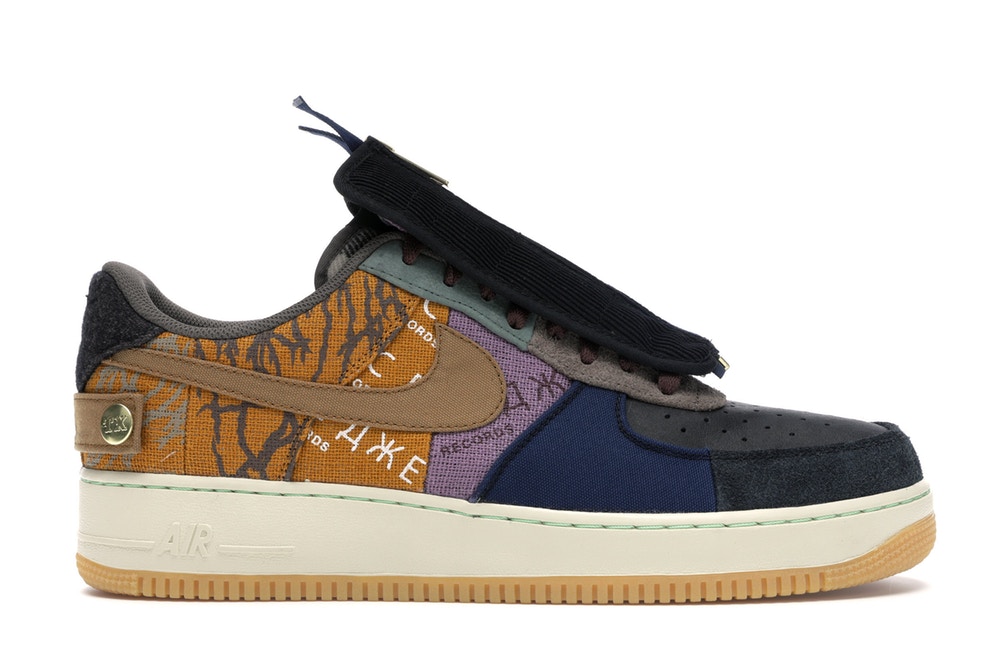 I may be biased because Damn, I love this shoe’s appeal. With its innovative detachable lace cover that closes with a heavy brass zipper, Travis Scott and Nike outdid themselves with this edition of the Air Force 1 Low.

These pairs have multiple patches with Cactus Jack insignia imprinted upon them. The price premium on these bad boys is 206%, which makes the average resale price almost $600. 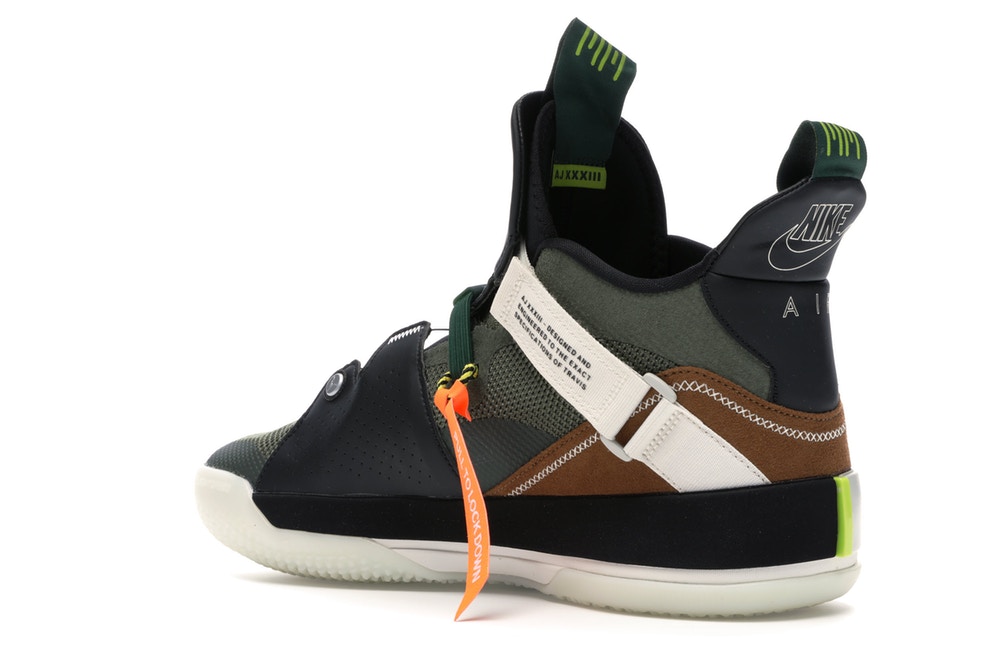 This pair of sneakers was released on Valentine’s Day, 2019. They feature an olive upper with a brown side patch. This pair of Jordan includes a white strap on the sides which I believe resonates with the Travis Scott style.

There’s nothing too special about this shoe which is why it is currently only being resold on average at $258. 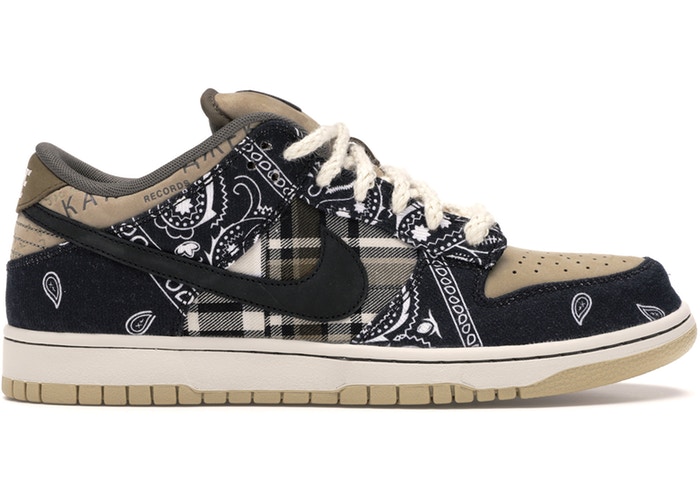 This is cactus jack’s first-ever skateboarding shoe. And who else to collaborate with other than Nike? This special pair features a resemblance to the Air Force 1 Low Travis Scott – with its multiple patterned patches.

The SB Dunk Low features a suede upper with flannel overlays. Was Travis Scott inspired by the Burberry color tones? Because there is a striking resemblance to the fashion house’s color scheme.

These were released in February 2020 for a retail price of $150. And so far, the hype has treated this pair well as it is being currently resold on average for $1798. 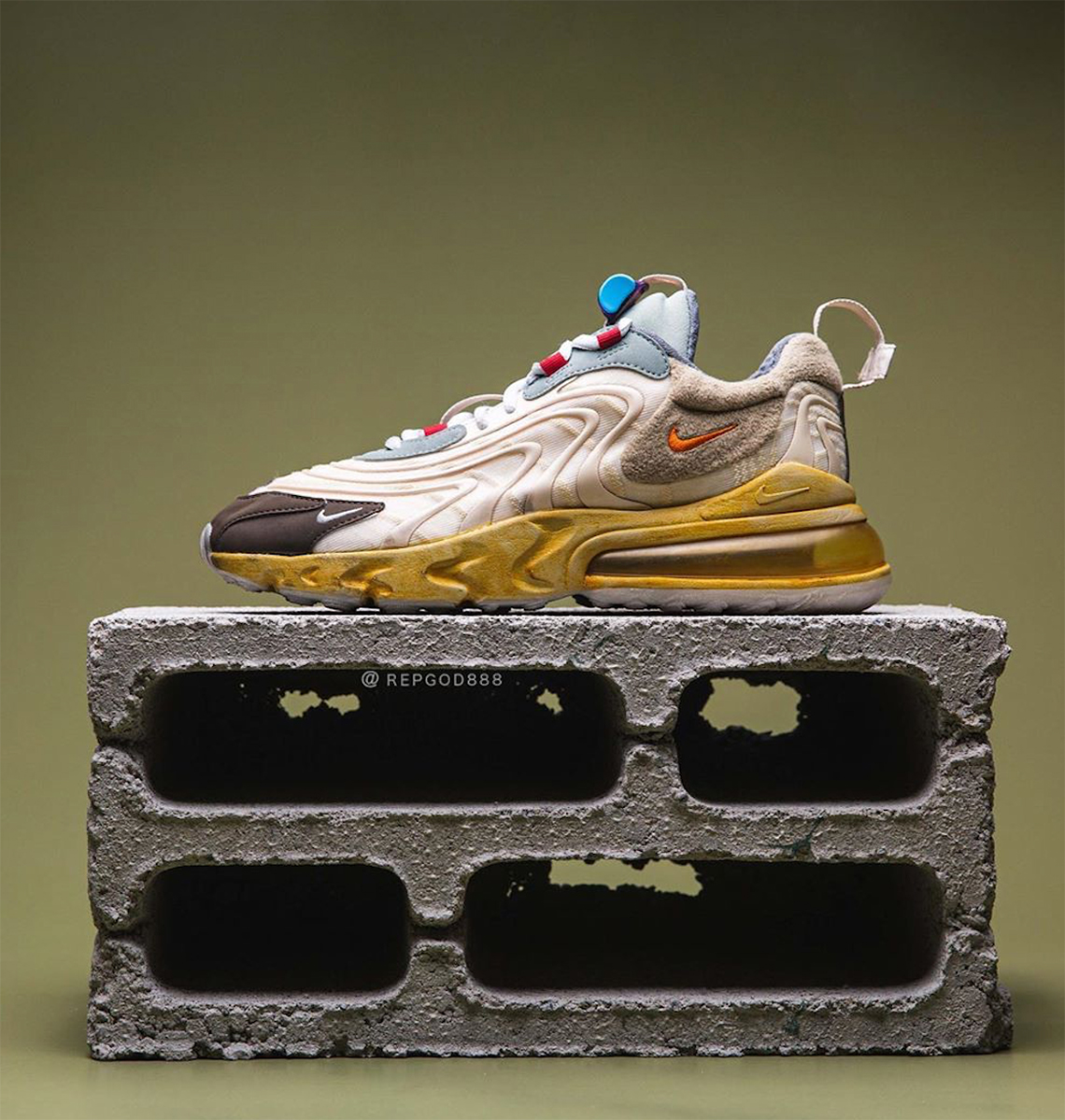 Finishing off the list with the latest release of the Travis Scott saga. He has teamed up with Nike to release a new edition of the Air Max 270 and I don’t know why, but this sneaker screams L.A. With it’s distressed and yellowed upper along with the waves, this pair is hyped up correctly.

So that’s all for today folks, make sure to check out our Hypemaster Playbook and sign up below to receive updates regarding when the latest Travis Scott sneaker will drop.

Therefore, till next time, Happy Flipping!

Best Shoes That Will Rise In Value In 2022