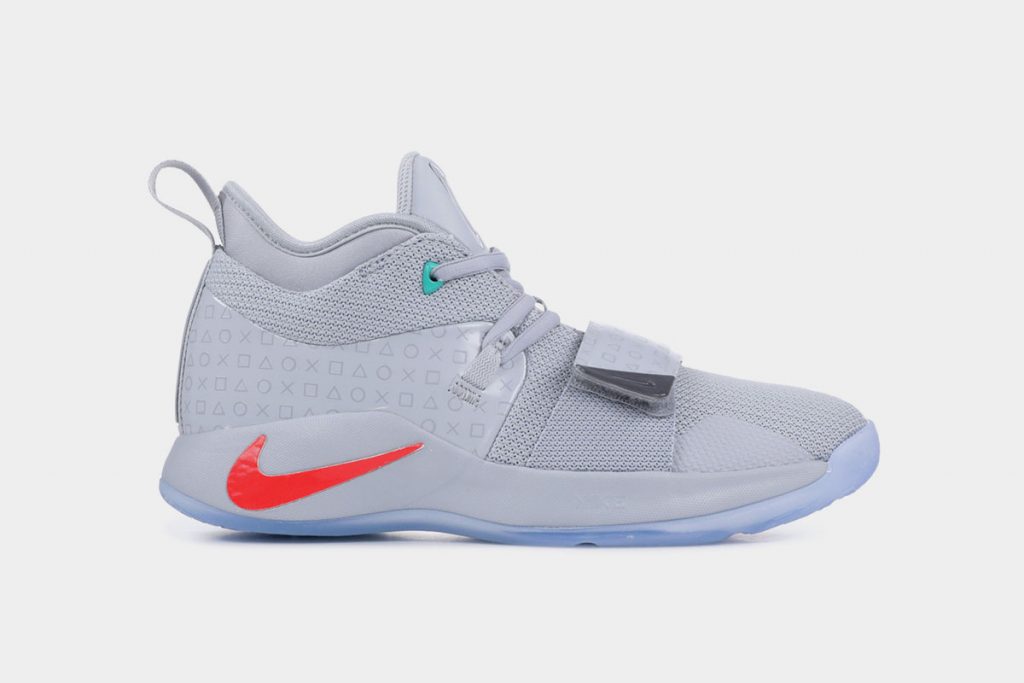 December 2018, the last month of the year. After an action-packed November, we are excited because December is going to be equally as full of hyped and profitable limited shoe releases!

Check out our newly published January 2019’s shoe releases here if you are reading this in 2019 and are itching to cash in this month.

Get pumped about the plenty of shoes which will flip with prices for reselling that will be sky-high as we come up to Christmas and 2018’s Holiday Season!

There’s no shortage of shoe releases that anyone willing to can make money from, as the billion dollar market is growing each year with no signs of stopping.

This month, we see a return from the dead for Yeezy’s that this month are actually hot again,  a few legendary releases from Nike, and much more. Here’s a tip: try to pick up big sizes (12+) in each of these releases for max profit!

The first release of this jam packed month is a playful one.

Playstation and Nike have collaborated before on a very exclusive version of their  PG 2 shoe model in a navy colourway which went for nearly $1000 at its peak, 10x its retail price (here’s data from StockX about the shoe).

Purple Lobster for Christmas, anyone? Sneakerheads across the world are asking their confused parents for this.

SBs aren’t always hot, but when they are, they can be amazing flips.

This purple hue contrasted with white for the Nike SB Low Pro is gonna be a hot one, thanks to the partnership with streetwear brand Concepts. The profit will be triple at peak resale, so cash in while it’s good!

Off-White and Nike continue their insanely profitable “The Ten” Collaboration with the Zoom Fly in the black colourway.

The Tulip Pink version has already been released worldwide, but the black color has only been released in Europe and Asia at the moment,  making them more valuable.

Make sure to enter the SNKRS draw (here are some pro tips about winning SNKRS) for these on 14th December, and go for size 11+.

The profit margins on this color are looking much higher than the previous Pink colourway.

Members of the SFSH private discord group will be getting cheap/free slots for these sneakers, and the slots will be ran on Cyber AIO (market value $3000), the king of all bots!

Slots will also be ran on Project Destroyer and EVE AIO.

Here’s a true classic: the Jordan 1 in a color reminiscent of the original Chicago version of the Jordan 1.

This year has been very successful for Jordan 1s, with nearly all releases guaranteed to resell for higher than the retail price, with many pairs selling at 3 times their original price for over $300 in profit.

This Chicago Crystal version of the Air Jordan 1 is sure to be a hit among the OG sneakerheads, who want a break from the Yeezy’s and Off White’s of the world. For these kicks, go for size 8-9.5US, as those sizes are expected to fetch the highest profit!

‘Ye has been restocking everything this year it seems, with the Yeezy 350 Creams, 700 Wave Runners and 350 Zebras all restocked already.

The last restock of the year is the polarising yellow colourway of the 350 v2.

Hypebeasts who missed out on the first release will definitely want these, as they are currently the most exclusive v2, and even though this will change with this restock, they will still remain profitable.

This is only the first of all the Yeezy releases this month, so stay reading to find out the rest–nothing like them has been seen before!

Jerry Lorenzo and Fear of God are collaborating for the first time with Nike, coming out with their own, new futuristic silhouette. These boot-styled sneakers are releasing in black and an off white ‘bone’ colourway. Demand for these is extremely high, with some bids on StockX reaching around $1500 at the moment. Make sure to save up some of that gift money for these!

Off White conclude their ‘The Ten’ collection with a bang. One of the most popular original silhouettes of the ten was the Air Force 1, and these two colors of Black and Volt are definitely going to be in very high demand.

Make sure to enter any raffles you can for these, as they will be extremely hard to get, but the reward will be worth it (more than $500 in this case).

Of course, members of the private discord will be receiving slots for these sneakers, which will greatly increase their chances of copping!

Potentially the last ever 350 v2 and arguably the most hyped 350 v2 since the original Beluga, the translucent Static colourway will be a neck-breaker for sure. Even sneakerheads that hate most Yeezys agree that this colourway is one of the best they’ve ever seen.

Personally, if I cop, I will be keeping them as they are fire! Depending on how limited they are, I would predict resell to be from $500 to even over $1000.

Kanye West has pulled out all the stops for December (He must want to get Kim a nice Christmas present!). The third and final Yeezy release of this month will be the 700 in a new V2 model.

This is by far the cleanest colourway of the previous 3 Wave Runners that have been released, and will definitely be profitable. Hopefully we still have enough money to cop when these finally release, as December truly is a packed month !

Experts get multiple pairs, which is one of the secrets to having a six figure shoe business.

Make sure to stay woke this month in case of any shock drops, and save up all your money so you can cop all of this heat! We will update this article as necessary and send notification to subscribers to our email list below.

We also have a private group, the SFSH Discord Cook Group, dedicated to success for those who are serious about making a $10,000 per month business.

Make sure to purchase the Hypemaster Playbook for the ultimate handbook for zero to $10K per month, and to have an exclusive offer including 1 week free in entering the exclusive group!

November in the SFSH discord cook group (email jvg@sneakerflippers.com to see if we have spots available) was very successful, with 9 pairs of the Union LA x Air Jordan 1 (blue toe) acquired for a total profit of nearly $8,000(retail: $190, resell: $1000) from this shoe alone in the group from our sneaker bot, not to mention the many people who were able to cop manually!

Alex is a sneaker collector turned reseller. As a reseller he has supplied some of the top stores in Europe with sought after shoes. He is the leader of Winner's Circle and has taught hundreds of people how to begin and scale their reselling business.
Search