After an action packed last few months in 2019, although it’s a new year and decade next month, the releases are as slow if not slower than past January’s.

At the time of writing, there is one significant release among 5 total to be on the lookout for, and as of now February looks ridiculous, with new Off-White x Nike, Yeezy Aliens and more to drop then.

Of course, we will keep you guys updated if there are any more good drops to be seen, but as of now, it’s a slow start to the year, so save your money for February.

As the Lebron 17s were the last Lebron and Nike partnership to end the year 2019, the year 2020 begins with yet another Lebron line—this time it’s a Lebron retro.

The sneaker first caught people’s eyes in 2009, the year it was first released as an initial China-exclusive.

In addition, the Lebron 7 is one of the more popular iterations of the Lebron’s signature shoe with retail giant Nike.

The “China Moon” makeover is dressed in an extravagant white and vivid gold color scheme.

Furthermore, gold mudguard and translucent panel sit atop a white outsole. The retro sneakers includes a combination of history and unique designs that should keep resale around $300.

While Lebron continues making moves on the hardwood and sneaker business, his ex-teammate Kyrie Irving continues to build on his own sneaker line.

Concepts and Nike partner once again, this time to create another Kyrie 6 rendition with two color schemes. 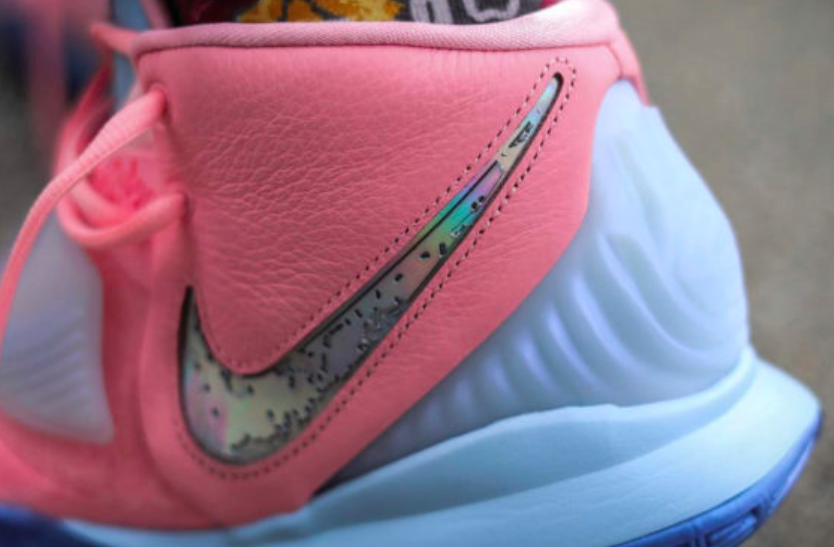 The partnership will focus on the storytelling of ancient Egypt and their Egyptian god Khepri Ra.

In fact, the pink hues is a tribute to the god’s symbolism of the rising sun and the daily transition of night to day. 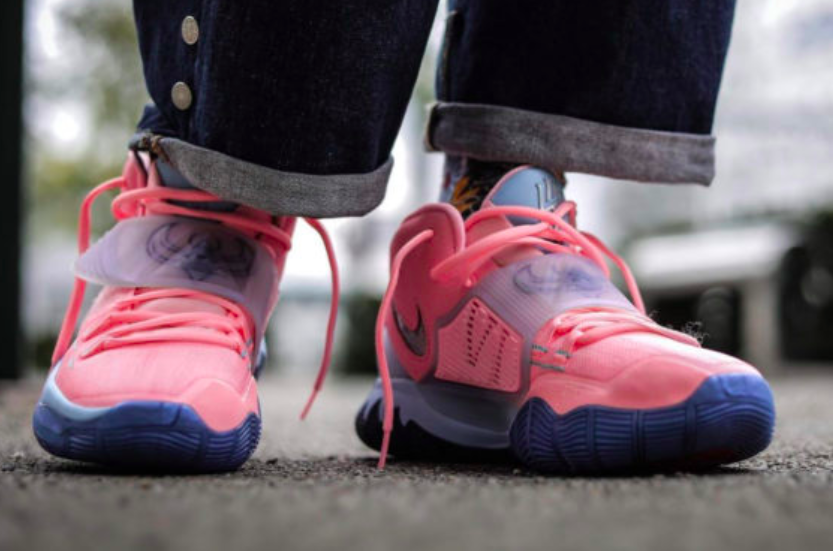 Finally, you’ll find a scarab beetle on the sneaker’s strap that represents the Egyptian gods.

There lies a respectable resale value for the shoe right now as a limited supply released on the Concept store, the next release will be on SNKR app, but the resale should remain at $200.

As of now, the only release of note is the Nike AF1 x Clot in the Rose Gold colourway. Clot’s past few releases have hit big numbers, especially their other Air Force 1s in the blue colourway and also the black colourway (their collab with Fragment).

I predict that the smaller sizes in this colourway to hit hard, so definitely try and cop them! On foot pictures have already leaked, and people are going crazy for them.

The SB is in for a super strong year, with GQ recently calling it “(possibly) the biggest sneaker of 2020”.

A colorful paisa patriotic Mexican themed colorway pays tribute to the heritage pro skater Paul Rodriguez, and is set to fly off the shelves and likely flip fast, with a possible price dip but high demand.

After rounding out the year of 2019 with the electric green Yeezy Yeezreel and a crafty black Yeezy Yecheil, Kanye and Adidas look to start the new year with another Yeezy 350 V2 rendition.

While Kanye has addressed his fans with new Yeezy models to alleviate the multitude of Yeezy 350 colorway criticism, he will still ring in the new year with another Yeezy 350 iteration. 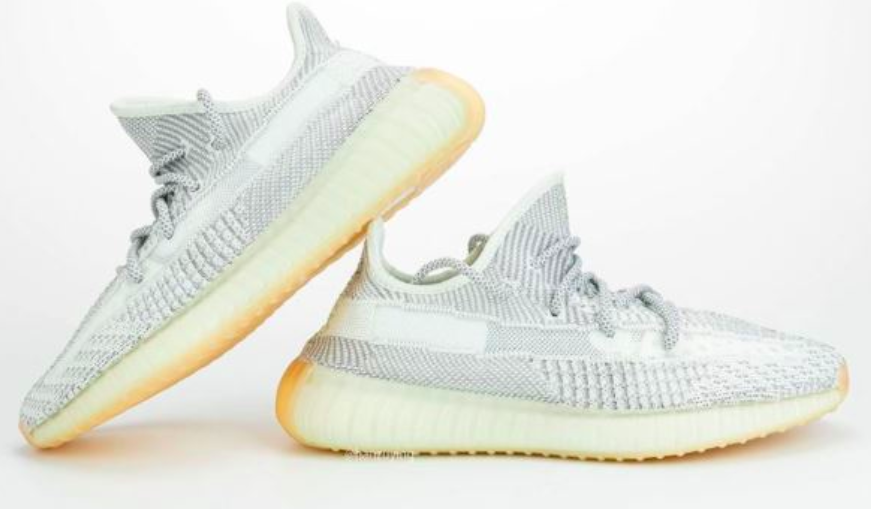 In terms of the shoe description, Yeezy Mafia has stated this line will include hints of Grey throughout the classic Primeknit upper on a White Boost midsole.

Finally, the look is complete with a light gum rubber outsole. Lately, it’s been a hit or miss on what once was always a must-cop.

Gone are the days where Yeezys will be over $1,000 in resale, however, most Yeezys, including these ones, will still hold respectable resale value.

Expect the projected resale value of the ever-popular 350s hovering around $300.

It wouldn’t be a formidable “Hot Release” article at all without a proper Jordan brand feature, would it?

Frankly, Jordan sneakers are household names, as everyone knows their value and limited stock. However, it’s too early to have information upon the amount of stock the shoe will have.

StockX preorders are sitting above $400 currently in the beginning of the month, but expect this to drop quite a bit, perhaps even below the peak we mentioned of $100 profit per pair. 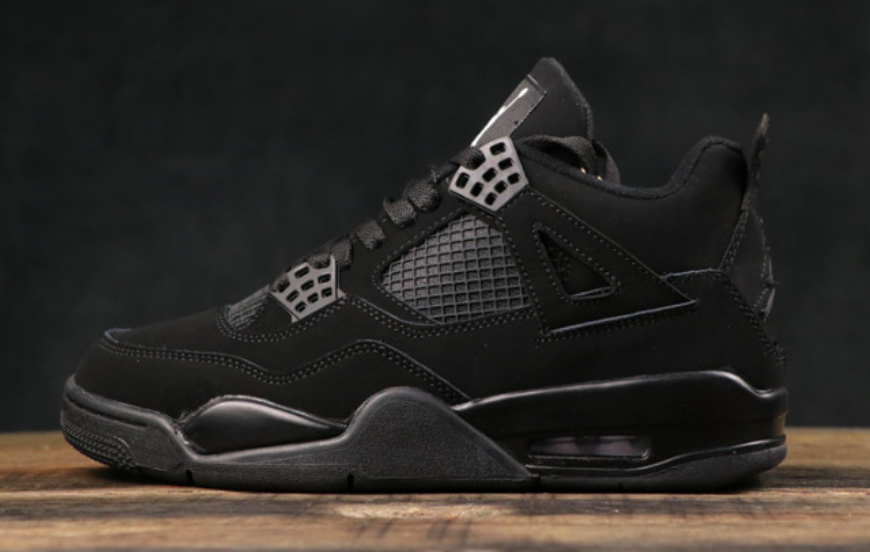 Nonetheless, the shoe still features the sought-out Jordan 4 silhouette attributed to Michael Jordan lacing them up in 1988.

The shoe features an all-black colorway with a black upper, with hints of grey near the heel collar which matches the tongue’s Jumpman.

Finally, the construction sits atop a charcoal-esque outsole. Due to the popularity of the Jordan 4, such as the Jordan 4 Breds, the sneaker should hold a profitable resale value with $400 being the highest point.

January is always a pretty low month for releases, but don’t let that get you down.

February is looking insane already, and there may be some surprise drops in January that could spice it up.

Even though this month is mostly dead, with an investment of around $1000, you could make a net profit of over $1000 with little to no effort with the correct knowledge.

Owners of the Hypemaster Playbook, being updated free for all customers for 2020 this month, and members of the exclusive Six Figure Sneakerhead Private Cook Group will have all the best information on how to cop this month.

We’ll keep you updated on any shock releases throughout the month, so make sure to check back soon!

Happy new year, and till next time,