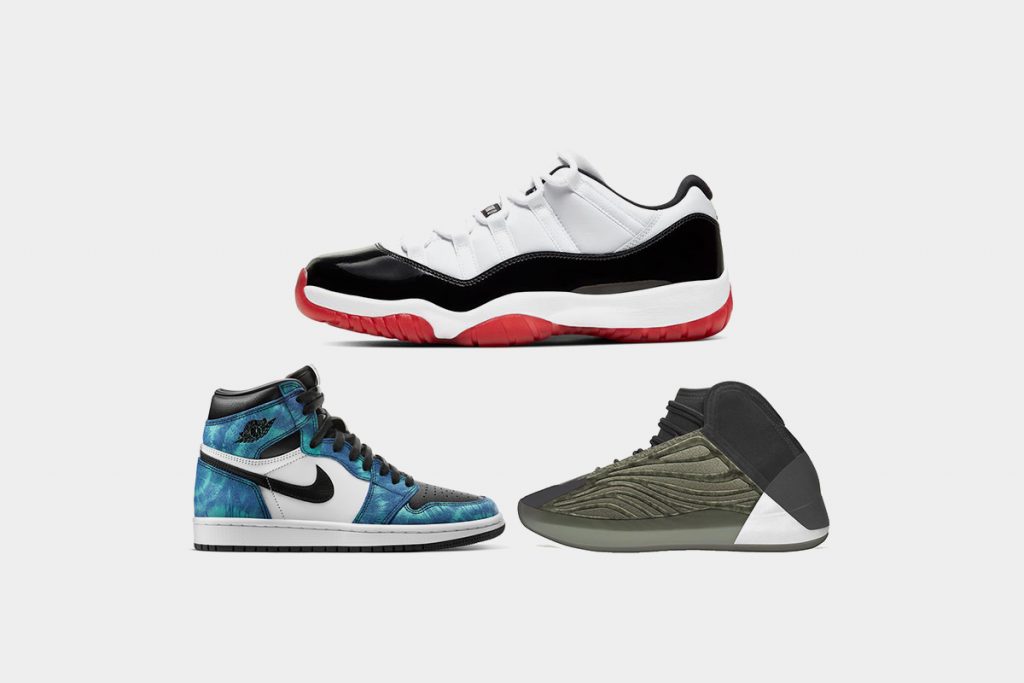 To give you a better idea of the sneaker resale market and its trends, we are debuting weekly recap articles.

Let us know what you think!

We’ll begin this weekly market recap by taking a look at some of the hottest kicks that dropped this week!

First up: the Yeezy QNTM Barium.

Firstly, since this is a shoe we haven’t seen much of, let’s talk about its origin and more.

Though yet to make an official global release, the Adidas Yeezy Quantum has built up quite a bit of momentum — a result of their tank-filled parade down the streets of Chicago during All-Star Weekend.

And as many still await the chance to pick up a pair, the Three Stripes is ostensibly more concerned with the future as leaks of a follow-up “Barium” colorway have begun to surface earlier last March.

If you were able to pick these up on release day, you definitely made some hefty profit. Currently, there are over 100 sales on StockX with an average resale price of $401.

We also have some great news this week, we will be taking a look at some bot information! We have data for the Yeezy Qntm: let’s take a look!

Splashforce: After flopping on Adidas AU, the developers pushed out a hotfix and Splashforce did Splashforce type things and took a great portion of the stock. They took about 20% of stock on YS and had similar performance on Adidas.

Phantom: Phantom pushed out a new update which introduced automatic cookie generation. This resulted in thousands of pairs. But after about 50,000 carts, their autogenic ran out of cookies and their rate of pairs started to steady out. They had good overall success.

Polaris: Polaris absolutely cooked Yeezy Supply with a total of around 600 checkouts of the 2100 pairs. That’s about 28% of the stock.

Project Destroyer: PD had a great overall performance. They racked up tons of checkouts on Shopify and had a good amount of success on both Adidas and Yeezy Supply. Right now, Project Destroyer is one of the best overall bots on the market and definitely worth looking at.

CyberAIO: Cyber had a good amount of success on the Barium. They did usual Cyber things and cooked on Shopify Sites.

Balko: Balko was able to cop 850+ pairs of the Barium. Although they lacked the numbers when it came to Yeezy Supply and Adidas, their Shopify module seemed to kill stock.

Kodai: Kodai had pretty good results for the Barium. Checkout numbers are unknown, but they cooked Shopify.

Sole AIO: Sole had “thousands of checkouts” as reported by their Twitter today across Yeezy Supply, Adidas, and Shopify.

Nike Shoe Bot: NSB had around 700 checkouts, however, it is most likely that their amount of users who ran the bot was high.

Wrath: Wrath feasted this drop. Unlike many other bots, which only excel at one of the other, Wrath cooked both Shopify and Demandware.

BOT Info brought to you by The.Sneaker.League 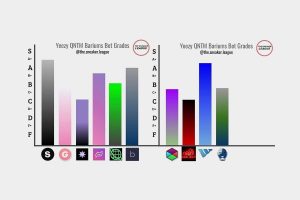 The next shoe we’ll be taking a look at is the Nike Air Jordan 1 Retro High OG “Tie Dye”.

It’s not often that the Jordan brand shows love to the women but this time the brand has hit it out of the park.

The classic Nike swoosh is featured in black on the laterals just above the white midsole and black outer sole.

The Air Jordan 1 Retro High OG “Tie Dye” really stands out in direct sunlight where its tie-dye upper gets to speak for the sneaker.

This sneaker released on June 26th in the US (after the EU release that took place earlier in the year).

Luckily we also have some bot information for the Jordan 1 Tie Dye, take a look:

Phantom: Phantom had good results this week. They reportedly had “thousands” of checkouts this week on the Jordan 1 Tie Dyes as stated by the staff team.

Kodai: Kodai cooked this drop bringing in over 7,500 successful checkouts. A great deal of their success came from foot sites, with multiple users cooking multiples.

Balkobot: Users were able to pick up pairs, but success numbers seem unknown at this point in time. From what it looks like, it seems significantly decreased in comparison to what they did on the Barium.

CyberAIO: CyberAIO had good success for the Tie Dyes. A lot of users were able to cook multiples and feast on foot sites.

Tohru: Tohru hit a great number of checkouts today and cooked on foot sites. Members had a good deal of success.

Project Destroyer: From what is seen, PD had a great amount of success day, with a lot of users feasting on foot sites. They experienced a nice little price jump of about 10% from June 23rd.

Wrath: Wrath had a great deal of success for its users today, with them feasting on Champs and Kith, as well as many other sites. They had a big price jump of 20% after the drop in comparison to their previous value on BotBroker.

BOT Info brought to you by The.Sneaker.League

The third shoe we’ll be talking about is the Jordan 11 Low Concord Bred.

A combination of two popular colorways, the “White Bred” colors the sneaker in a red/black/white colorway.

Like the “Concord 11 Lows”, this sneaker has an almost identical upper featuring black patent leather and white mesh.

Additionally, the red outsole and white midsole pay homage to the “Bred 11 Lows”. The red accents continue on the tongue and the “23” stamp on the heel.

Dressed in the combination of two classic colorways, this pair is perfect for any season.

Overall this week was really great for sneaker profits! This shoe follows the previous two with a price premium of 28.6% above the $185 retail price.

If you picked up any of the three sneakers we discussed so far, you definitely made a good purchase in terms of profitability.

This week we got the latest installment of the Supreme Spring/Summer 2020!

We saw a variety of tees and shorts, with an abundance of hats!

First up: the Supreme Terry Short.

This release contained many items that are perfect for the current season.

The Terry Shorts are a great example! With a retail of $110, we see these shorts reselling for an 81.8% price premium, almost $60 profit!

The second, most hyped item we will be taking a look at is the Raffia Tote!

As a part of their SS20 Week 17 release, Supreme dropped the bag of the summer.

\Supreme’s Raffia Tote is constructed using woven raffia and 18 oz. cotton can hold 24L and features a gigantic logo across the body of the bag.

With almost 200 sales, we are looking at an average resale price of $150! A hefty profit if you were able to pick this up on release day.

As always, make sure you check out our HypeMaster Playbook to understand how you can make massive profits from sneakers each and every week! For daily information about the hottest kicks, check out our Instagram, and subscribe to our newsletter! Thank you guys for tuning into this weekly market recap brought to you by SixFigureSneakerhead!