Runners, rejoice! Adidas is releasing not just one but two colorways of their Nite Jogger – Triple Black and Triple White. Both of these Adidas Nite Jogger colorways are set to release on the 7th of June for a retail price of $130.

This running sneaker is fan-favorite for two main reasons. Firstly, it provides runners with reflective material that allows them to stay visible whilst running during the night. And secondly, Adidas does a fantastic job at creating a running sneaker that actually looks good and does not go overboard like others in the market.

History of the Nite Jogger

Adidas first released the Nite Jogger back in 1979 for its running fan-base. At the time, runners wanted reflective apparel that allowed them to stay visible, should they run at night, and hence stay safe. Adidas capitalized on this with the release of the Nite Jogger.

The reflective material is placed on the stripes, the laterals, and the heels of the sneaker. Adidas makes sure that the reflectiveness does not look tacky or overdone. Since 1979, we have seen a range of colorways and updates in the Nite Jogger thus signifying the success of the sneaker.

Adidas has moved past the studded soles of the 1970s and has embraced their Boost technology on the current Nite Jogger models. According to users, Boost allows them the comfort and sturdiness they need in running sneakers. Moreover, at a price range of $100-$160, there simply just isn’t a better running shoe available in the market besides the Adidas Nite Jogger.

Past Performance Of The Nite Jogger

Now let’s see how the different colorways released during 2020 have performed so far in the sneaker resale market. 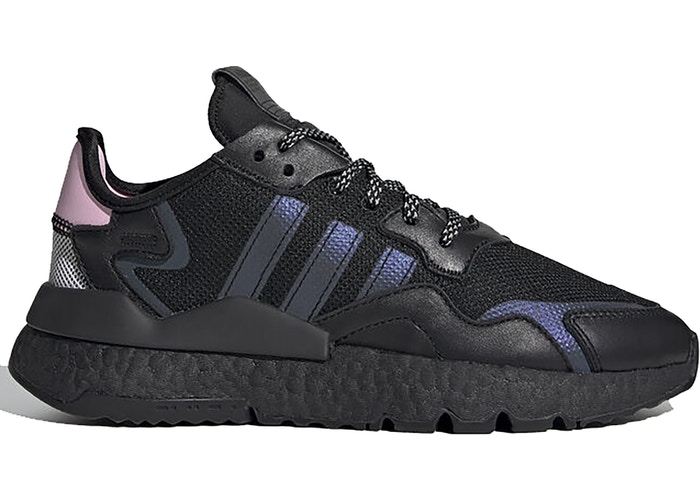 This women’s exclusive Nite Jogger sneaker was released in March 2020 for a price tag of $130.

Featuring a completely black upper with a Pink heel, this Nite Jogger has had only one sale on Stockx so far and that was for $230. Since then, unfortunately, there hasn’t been a resale. 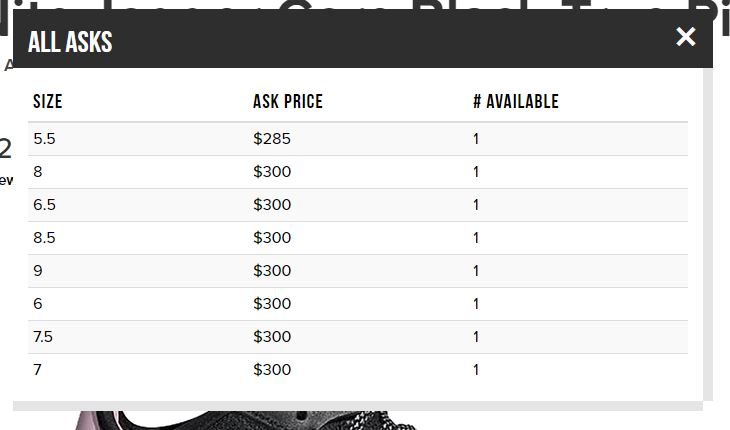 But the Ask section indicates that sellers believe that they can resell the shoe for almost $300 – wishful thinking?

Released on the 1st of June, 2020 – in celebration of the Pride Month – this Nite Jogger comes with a complete white overlay with rainbow colors just above the midsole, the laterals, and on the lace guard.

With a retail price of $130, there has been just a single resale for a price of $274. There’s not much going on in the Bids section, but the Ask section is filled with sellers looking to offload the shoe for an average resale price of $300. 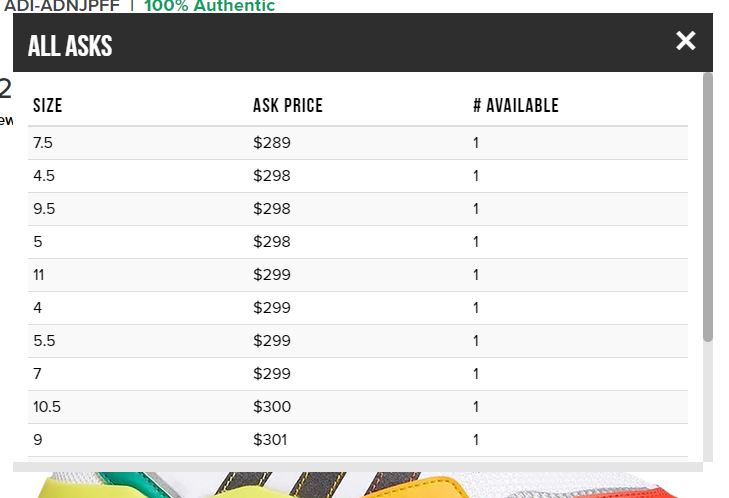 It seems unlikely that sellers will be able to get that much for the Nite Jogger Pride because clearly the buyers aren’t interested in paying that amount. 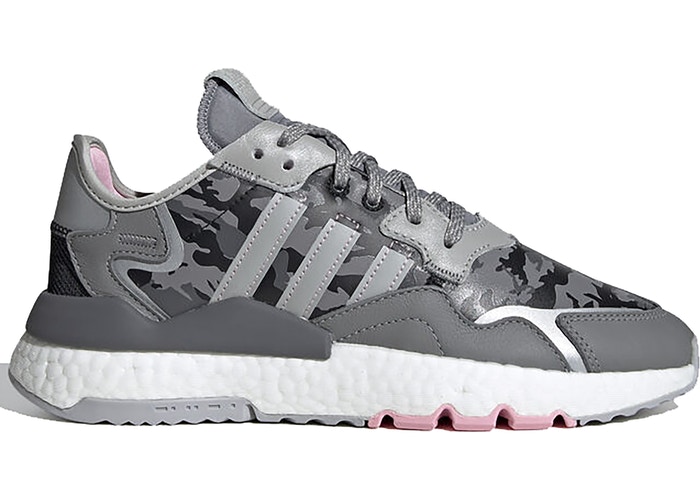 Another women’s exclusive Nite Jogger dropped April 2020 for a retail price of $130. As the name states, this Nite Jogger features a grey camouflage overlay with hints of pink in the sole.

In the resale market, the sneaker has been slow and barely moving. There has been no resale of the shoe on StockX and buyers haven’t even made a Bid.

On the seller’s side, we can see that the average selling price is $190. I doubt that the Camo Grey will even go for that amount. The sellers would fare better around $140-150. I know that that’s almost breaking even but it’s better than picking up a loss. 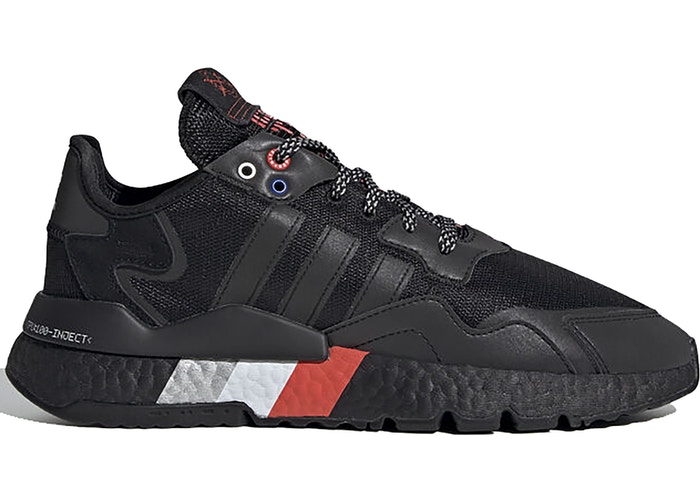 Unfortunately for those who copped this Nite Jogger in hopes of making profits, the 3M Black Metallic was a complete flop in the resale market. For a retail price tag of $130, the average resale value is $77. And what’s worse is that even the peak resale value was $107. 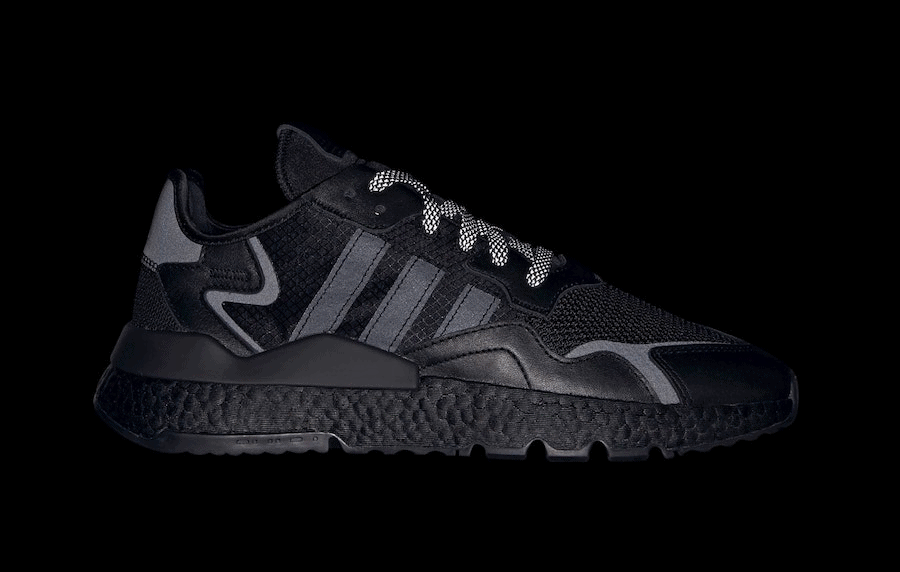 Releasing on the 7th of June for a retail price tag of $130 – the Triple Black holsters a complete black mesh that covers the upper along with black leather that adds support. The lace guard, heels, and the laterals all come in various tones of black to add contrast to the sneaker. 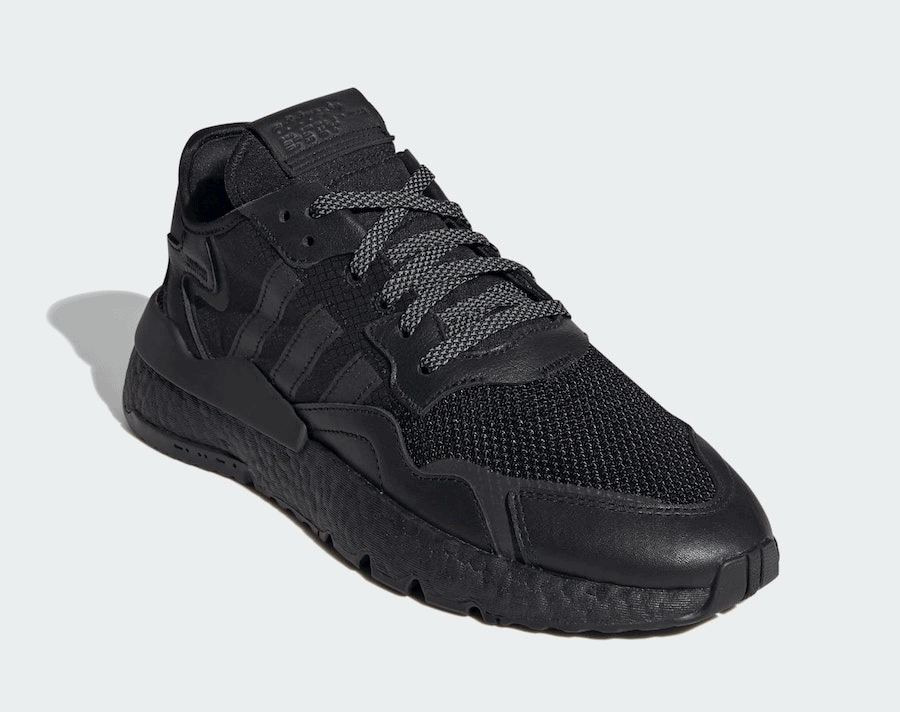 We see 3M reflective material at work on the heels, the 3 stripes, and on the heels. The boost technology in the shape of a black midsole finishes off the look on the sneaker. 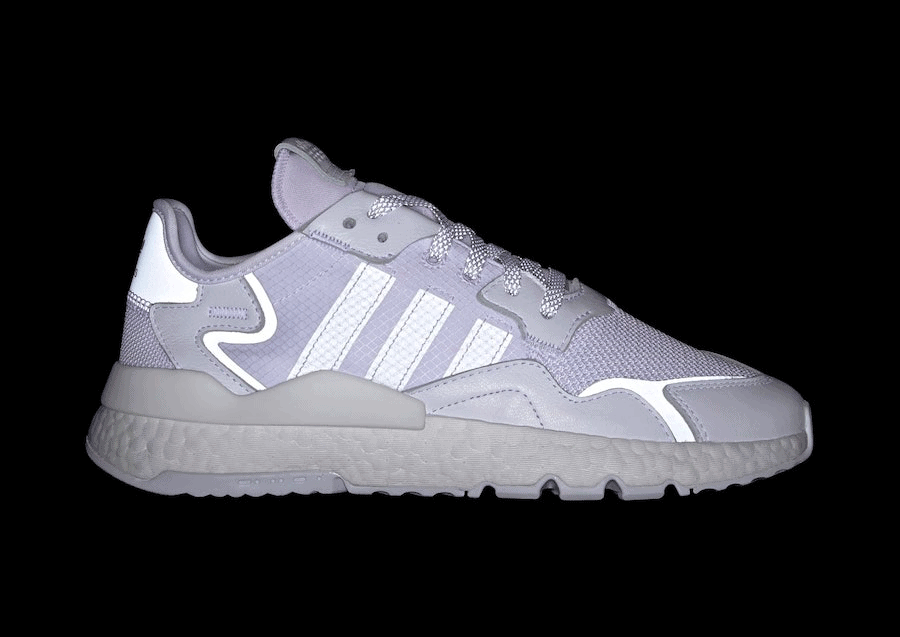 Releasing on the 7th of June for a retail price tag of $130 – the Triple White has a complete white mesh overlay. We see different color tones of white that make the sneaker more attractive. The rest of the sneaker is exactly similar to the Triple Black in the sense of the 3M reflective material and Boost technology on the midsole. 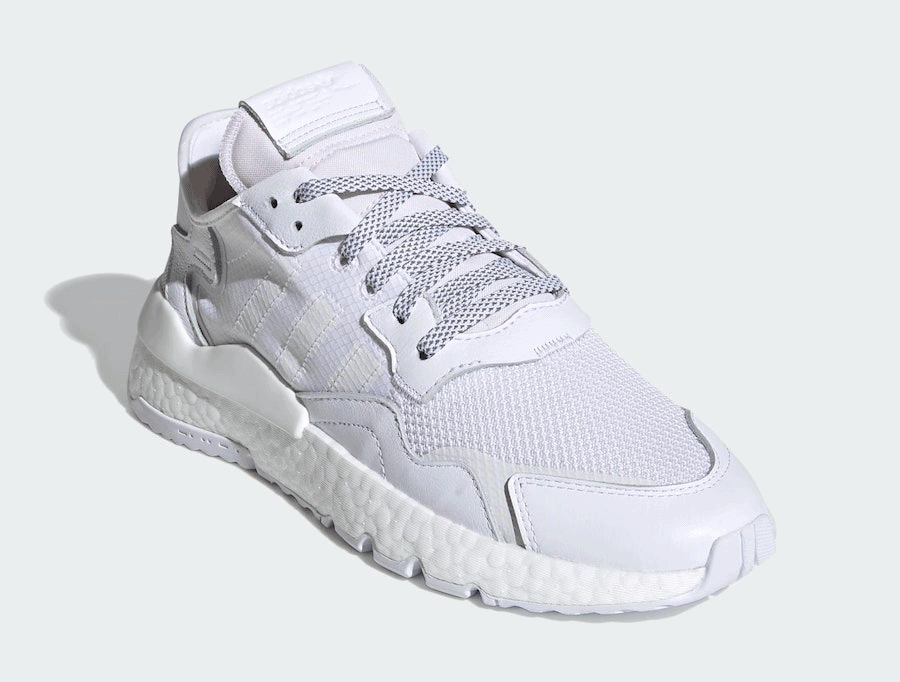 Where can you buy? 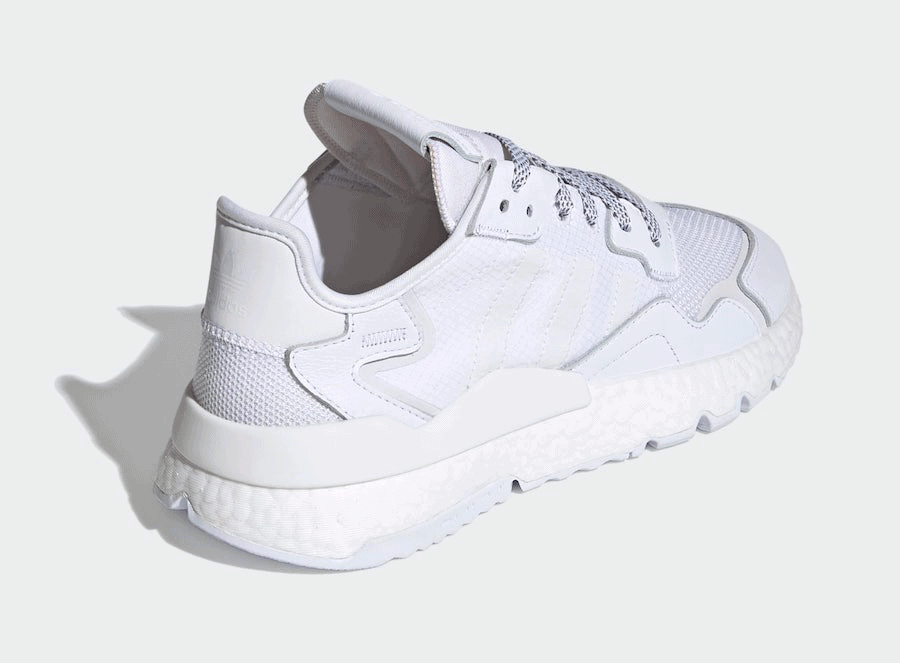 Unfortunately, the sneaker resale market for the Nite Jogger isn’t really ripe. The reason is that Adidas makes them in huge quantities because they want to serve the runners market. Those who want the sneaker can easily purchase it from stores. 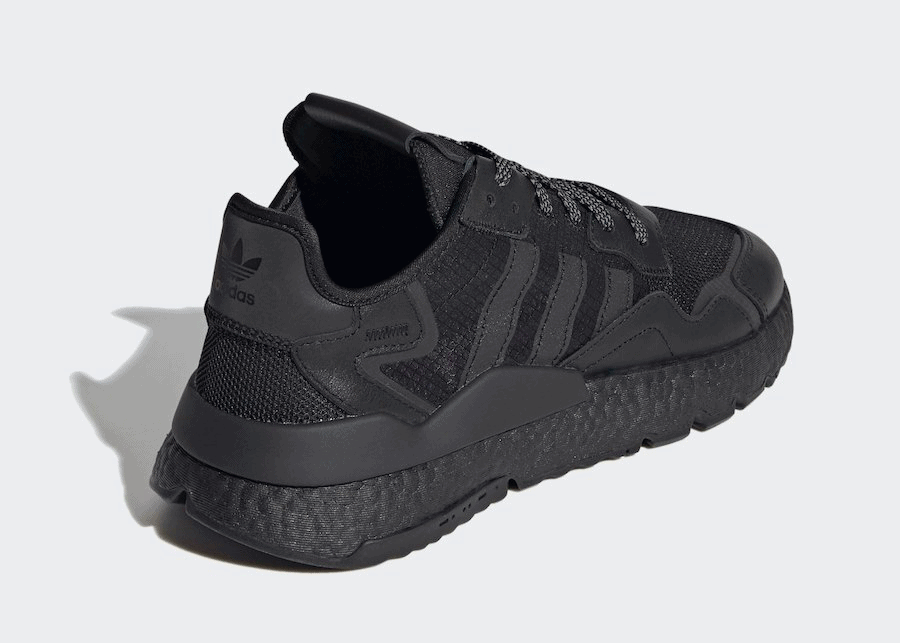 As we have seen in the above section, the Nite Jogger doesn’t really inspire interest in the resale market and thus I’d say that this drop isn’t worth the cop.

My advice is that the Adidas Nite Jogger – Triple Black and Triple White are not worth reselling and therefore, you should wait for further drops throughout the month of June.

If you’re new to the reselling game and are trying to learn which sneaker to buy, then the Hypemaster Playbook is the perfect guide for you. It covers all the basics such as how to identify shoes for resale and how to create connections within the industry.

That’s it for today, till next time!