June is officially known as Pride month. A month where companies, in celebration of the LGBTQ+ community release products lined up with the theme. Adidas is no different. They’ve released an entire Pride collection for 2020 and within the Pride collection, a certain fan-favorite silhouette is making an appearance. The Adidas Superstar Pride will be releasing on June 15th, 2020 for a retail price of $80.

June is a month for a lot of drops but you’ll need help in deciding which are hot and which are not. Therefore, be sure to check out our cook group. Sneaker reselling is predicted to reach an evaluation of $6 Billion by 2025 – therefore, to help you in this game we have created the ultimate guide – The Hypemaster Playbook.

Feel free to skip to the end of the article to read a summarized version and find out how much you can resell the Adidas Superstar Pride 2020 for. 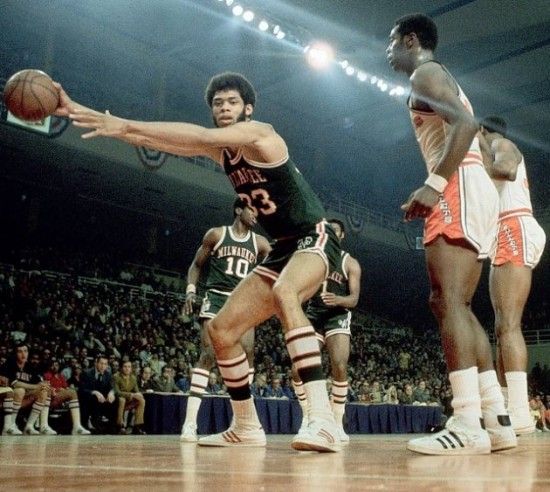 This fan-favorite silhouette initially started off as a basketball shoe back in 1969. It was the first basketball shoe to feature an all-leather upper and the rubber shell-toe. This provided the players with durability and the sturdiness that they needed on the court.

When stars like Kareem Abdul Jabbar wore them on the court, the rest of the NBA soon followed. In a few years’ time, almost 75% of all NBA players would be wearing them. Slowly but surely, Adidas Superstar started becoming popular off-court too. 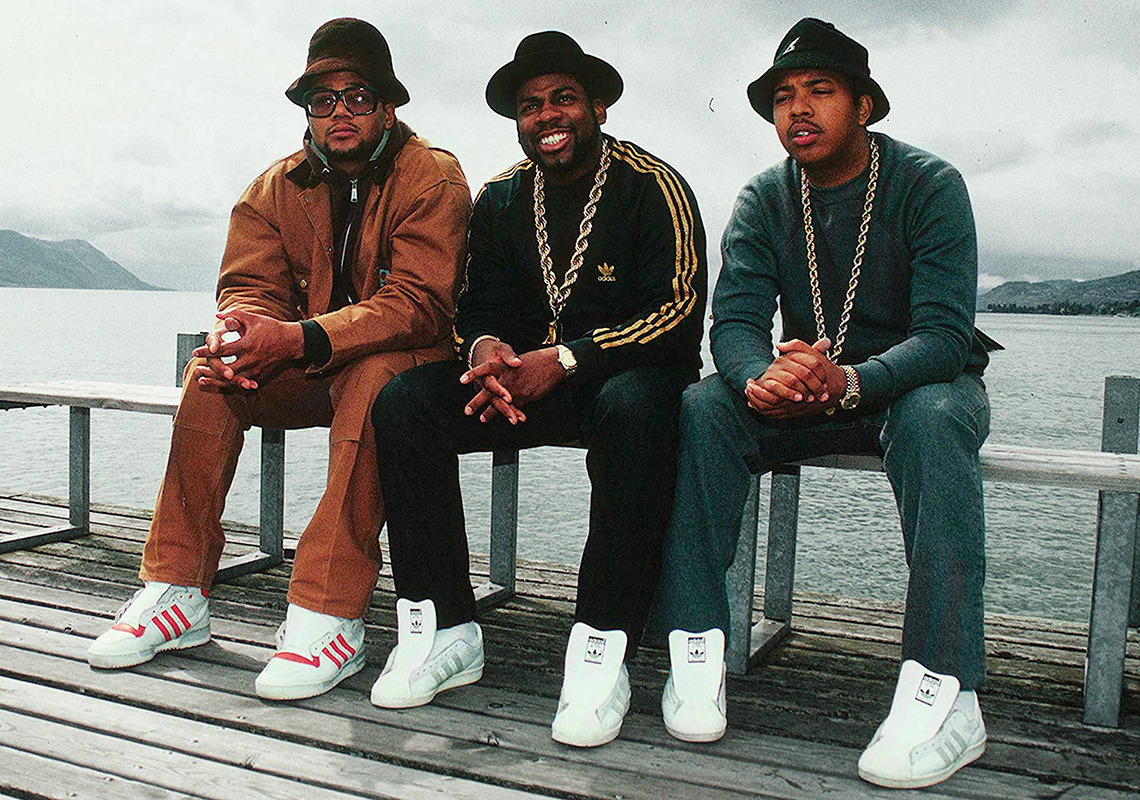 The transition from the court to the streets was helped out by a rap group known as Run-D.M.C. On their tours and concerts, the group would rock the Adidas Superstar and for Adidas, this meant free marketing.

In 1986, Run-D.M.C released a song called “My Adidas” in response to an anti-sneaker rap song by Jerrald Deas called “Felon Sneakers”. Run-D.M.C’s song increased the popularity of the Superstar and this led to Adidas signing a deal with the rap group.

This was the first time that an endorsement deal was taking place between hip-hop artists and a major corporation. Subsequently, Adidas released a Run-D.M.C line of clothing and the rest is history.

Today, the Adidas Superstar is a fan favorite and has translated from the courts into pop-culture. It’s one of Adidas Original’s most popular silhouettes which is showcased by how many colorways the sneaker receives every year. The sneaker is also prone to knock-offs – which is always a good sign of a sneaker’s popularity.

Past Resale Performance Of Adidas Superstar 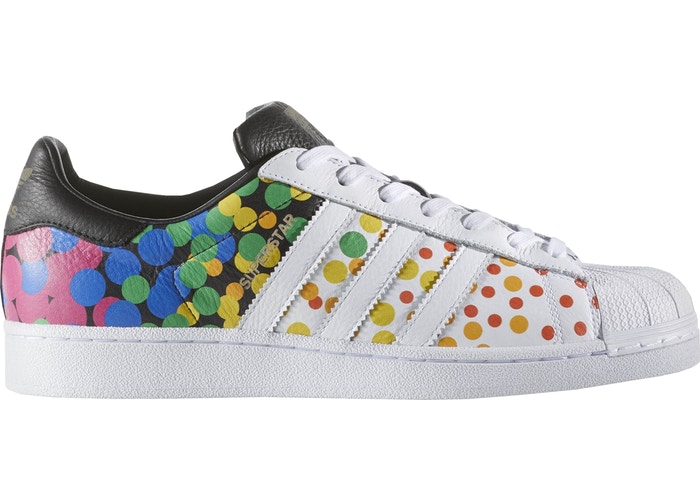 Released in 2017 in celebration of the pride month for a retail price of $100. This Superstar comes in a half black and half white upper with rainbow-colored spots all over the upper.

There have been a total of 6 resales on StockX and the average price is $73. The peak resale took place at $111 and the lowest resale was at $60. It’s safe to say that the sneaker wasn’t a hot drop and the resale never really took off. 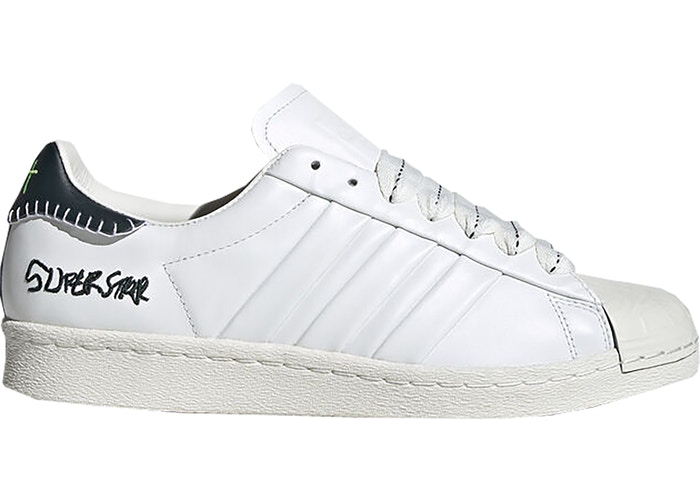 Released in April of 2020, this is the first time that Jonah Hill and Adidas have released a Superstar ever since the actor/director announced his collaboration with the sneaker brand back in 2018.

The sneaker comes in a white upper with a cream-colored shell-toe and midsole with a loose-stitch detailing on the heel. The shoe retailed for $140 and the average resale on this has been $243. Almost a $100 gross profit is not too bad but then again there have only been 3 sales so the sample size is not large enough to decide whether this was a cop or flop. 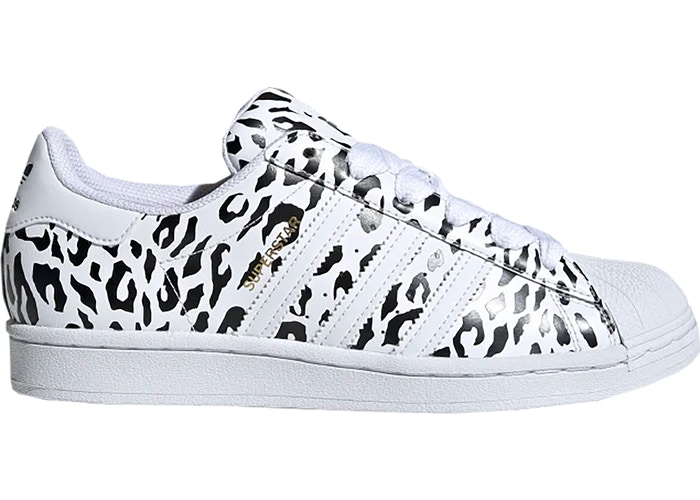 A women’s exclusive which dropped in June 2020 – this superstar came dressed in a completely white upper with a leopard print across the upper. With a retail price of $90, there’s yet to be a resale of this colorway.

The reason, according to me, that there hasn’t been a resale is because Adidas produces the Superstar in mass quantity, and thus fans who want them can easily get them at a retail price rather than scouring for a resale. 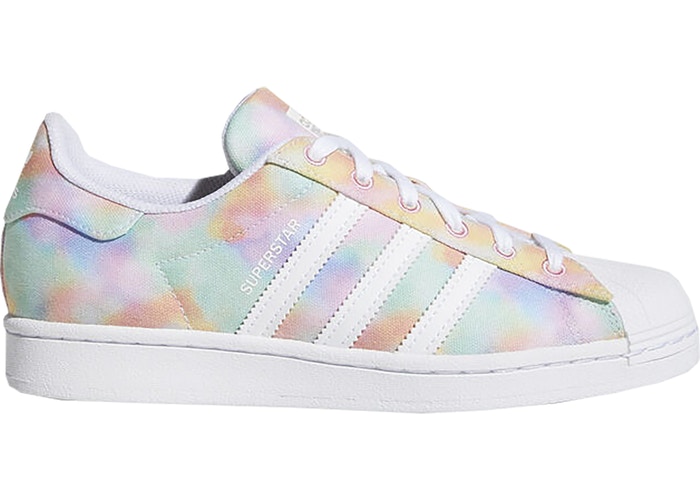 Another women’s exclusive sneaker which dropped in April of 2020 for a retail price of $80. Covered in a hippie tie-dye upper, the average resale on this sneaker has been $102 with peak resale being $115.

The Asks section indicates that sellers are willing to let this sneaker go for on average for $110-120 but the Bids section is quite – so we don’t expect much from the resale of the Tie-Dye. 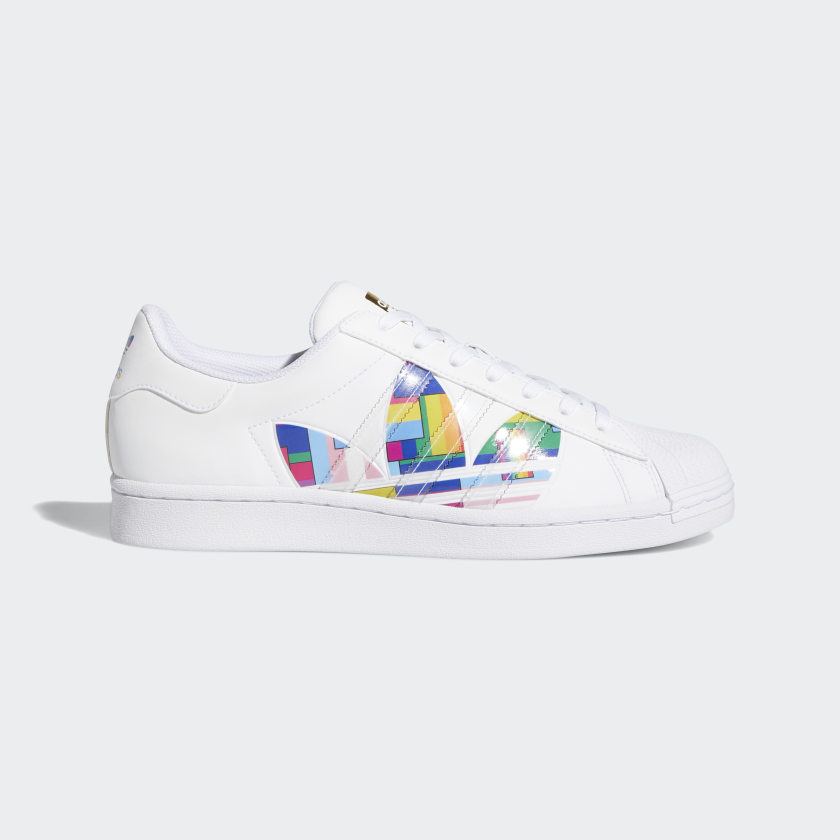 Releasing on 15th June 2020 for a retail price of $80, we see this Adidas Superstar in a completely white leather upper with the Adidas Originals logo on the laterals covered in rainbow-themed block patterns. 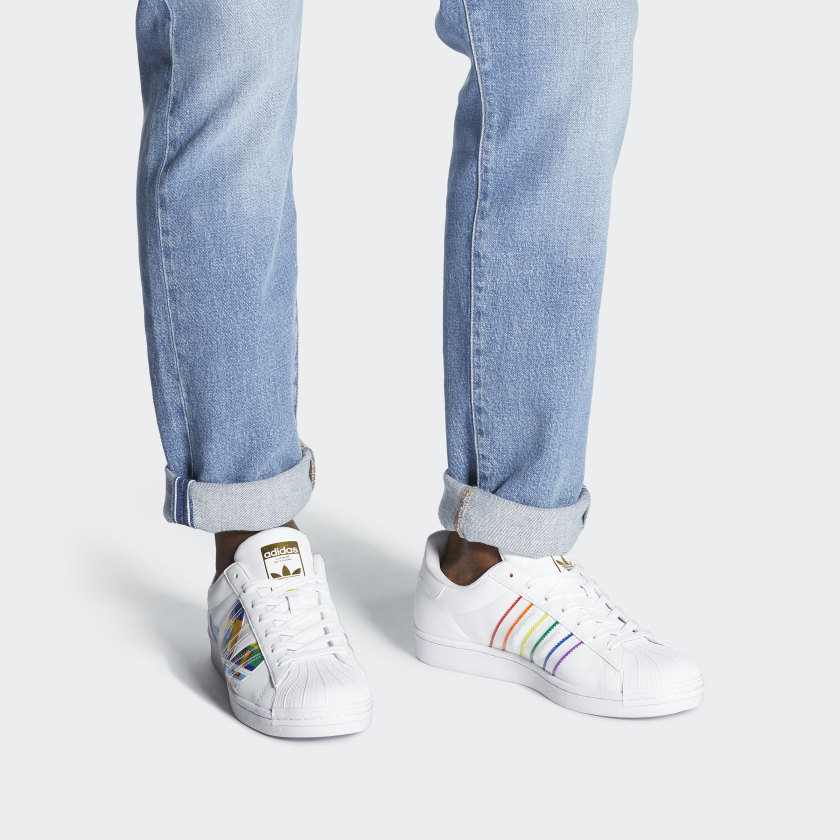 The iconic stripes are also outlined in rainbow colors and the heel features a rainbow-themed Adidas Original’s logo.

The sneaker is clean and concise. There’s not more to it and that’s exactly what the fans want. The Adidas Superstar doesn’t have bold prints but rather a clean outlook. 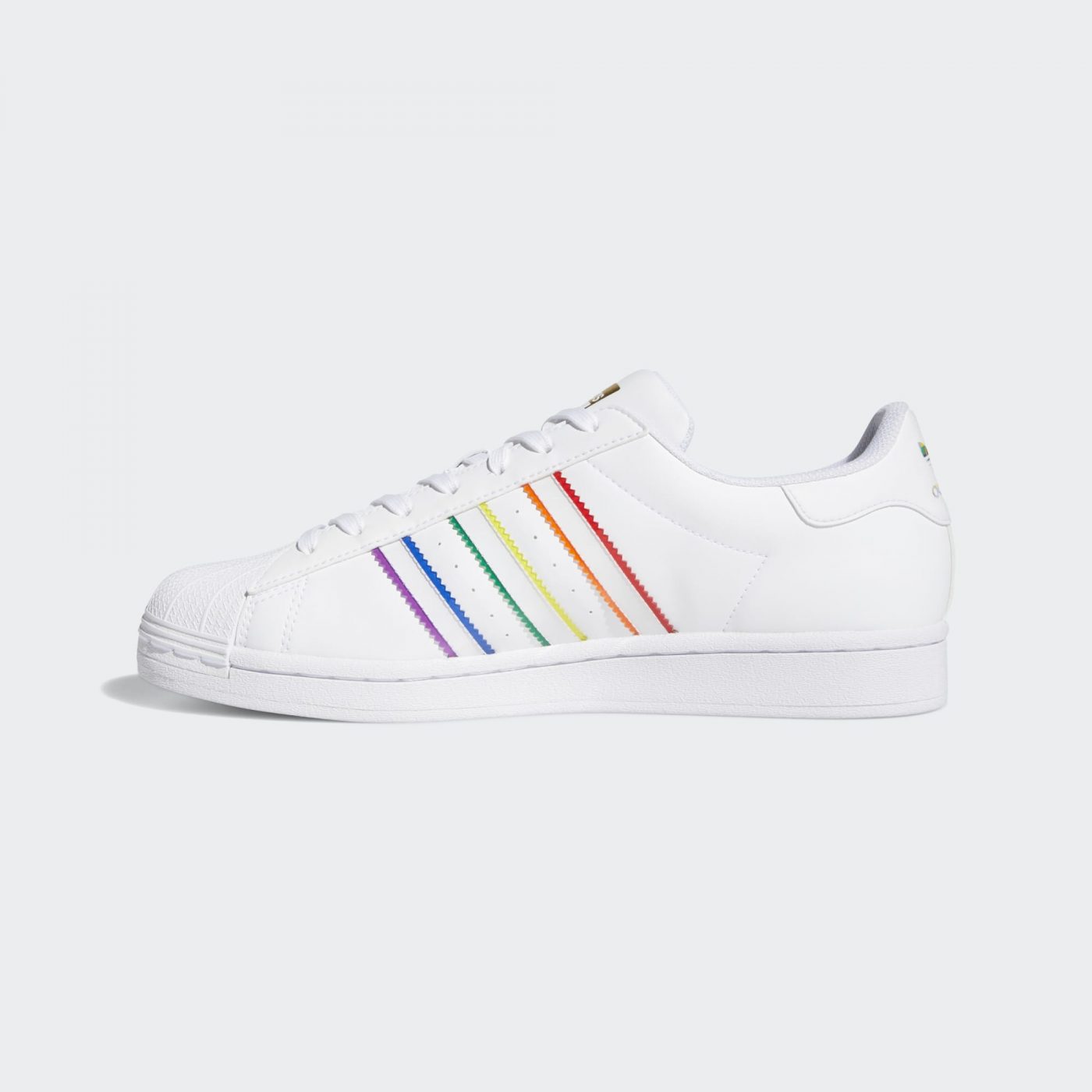 Following are the places where you can get the Adidas Superstar Pride from: 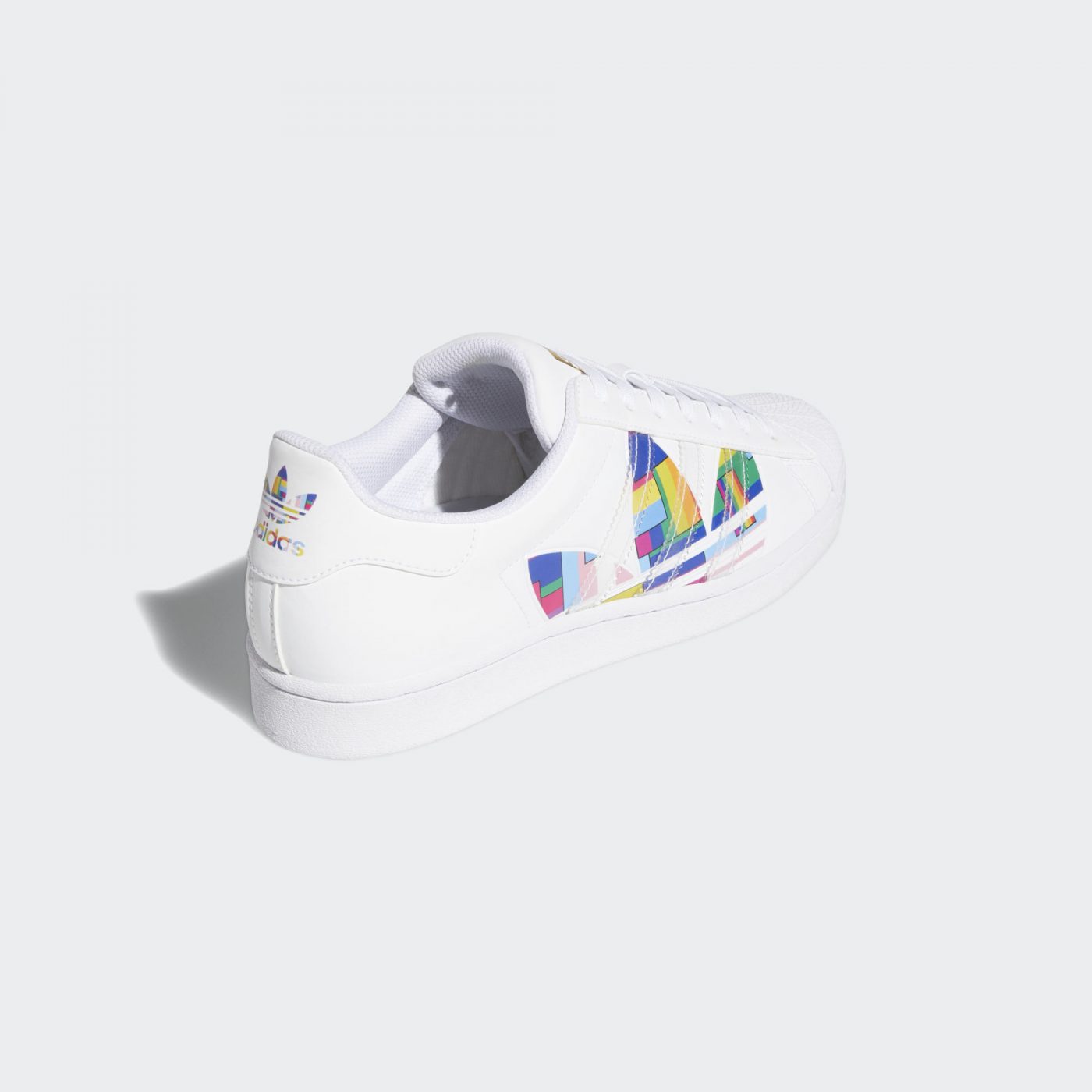 Looking at the Ask section on StockX the average asking price is $200 across all sizes. However, the Bid section shows that buyers are not willing to pay more than $100.

There hasn’t been a single sale on StockX so far and this is concerning. Looking at historical data of the Adidas Superstar, we see that there isn’t a particularly ripe resale market for this silhouette.

The main reason is that Adidas creates them for the mass market and therefore there is no scarcity in supply. Taking this factor into account, I estimate that the resale value of Adidas Superstar Pride is between $70-$90. 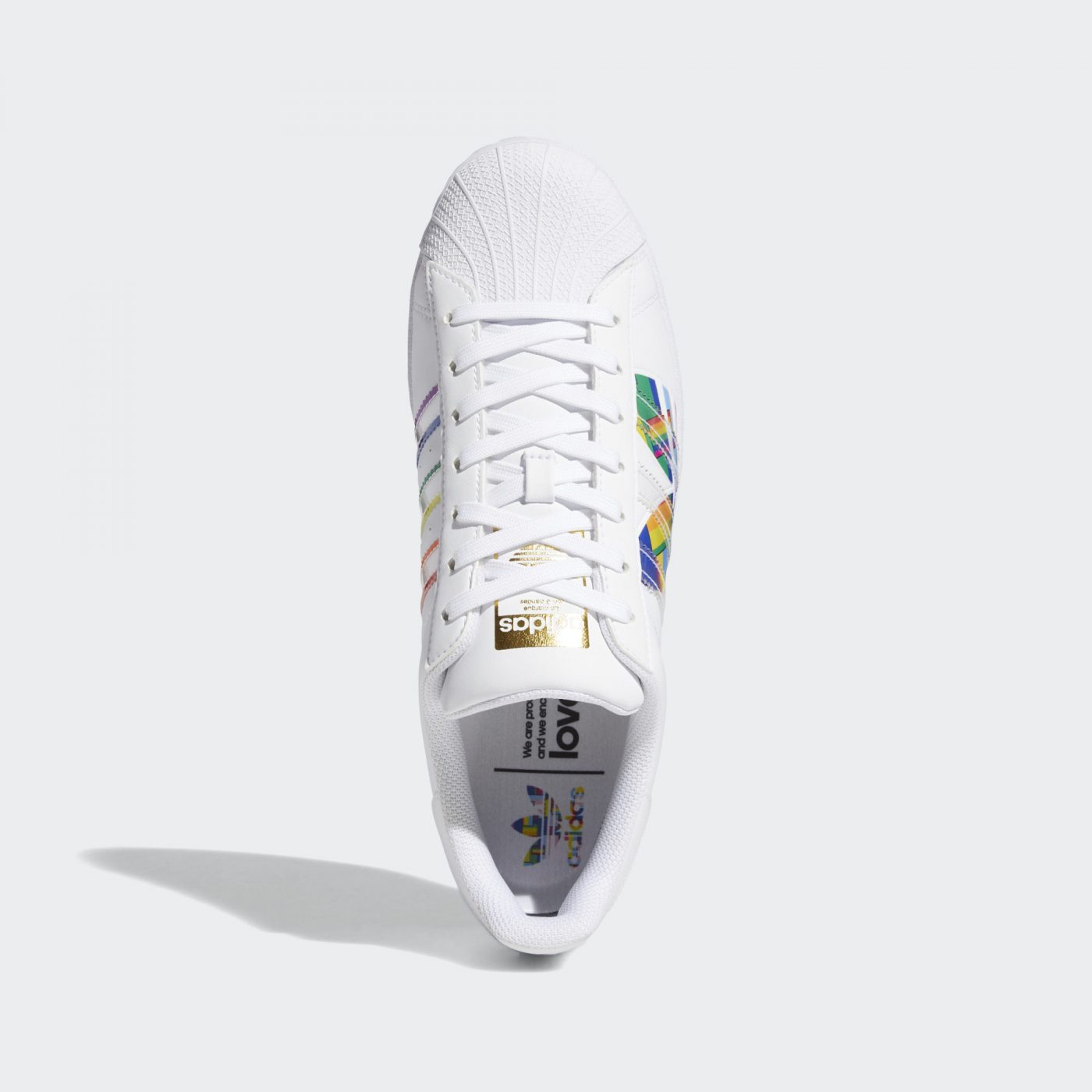 Make sure to check out our Hypemaster Playbook to start your own sneaker reselling business. Trust me, you don’t want to miss out on the game so follow our Instagram to be updated with all the latest drops.