Discover the Off White x Nike Air Force 1 Mid sneakers, their release dates, estimated resale value, and tips on how to buy for retail price. 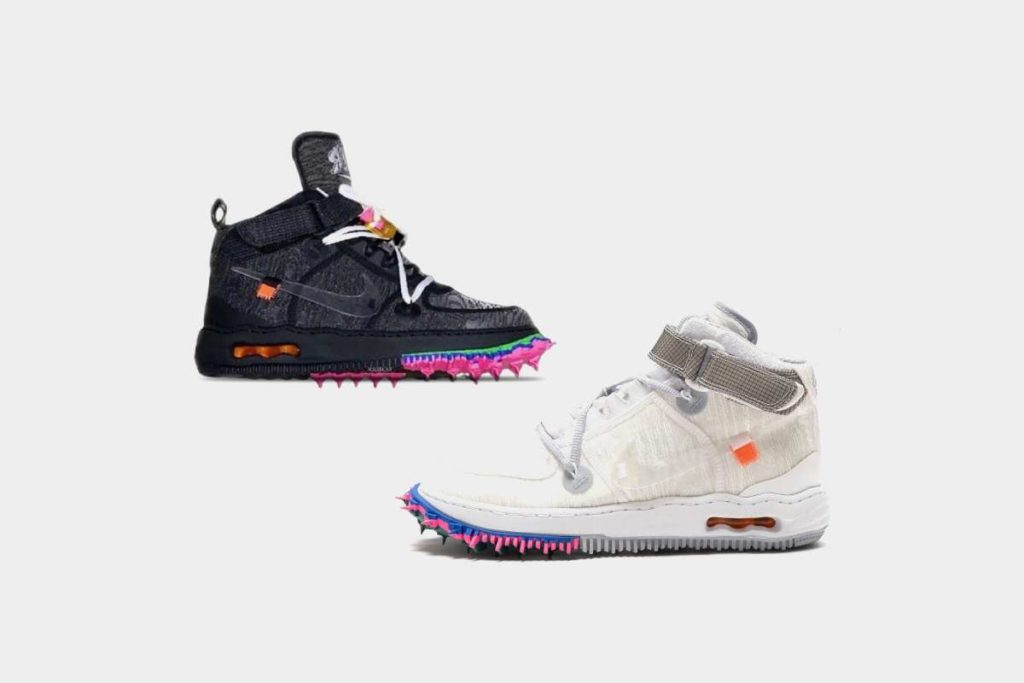 Before the late Virgil Abloh’s passing, there were rumors and mockups of collaboration on Nike’s Air Force 1 Mid and now, we receive images just ahead of the sneakers’ release date! The Off White x Nike Air Force 1 Mid release date is on June 23rd for a retail price of $185 per pair.

Stick around as we estimate their resale values and see how profitable they might be on the secondary market.

Off White x Nike sneakers are one of the most hyped sneakers on the secondary market. They’re also often very profitable. To estimate resale for the Off White x Nike Air Force 1 Mid White and Black, let’s head on over to StockX.

The Off White x Air Force 1 Low Black White features a black canvas and leather material while jet black eye stays, grey borders around the toes, and textured toes match the rest of the construction.

On websites such as StockX, these kicks are still high in demand and consistently resell for over $1,000. The average selling price on StockX is just shy of $1,200.

The Off White x Nike Air Force 1 Mid Black and White will likely have lower resale value but they’ll still be very profitable.

In a fitting tribute to the Air Force 1 ‘s 40th anniversary, Off-White and Nike return yet again and have revealed two new Air Force 1 Mids with an array of colors.

The construction appears to be a canvas material all across with nylon ankle straps, track-spike-like outsoles in vibrant green and pink hues as well as contrasting secondary lacing systems, and lace toggles that complement the outsoles.

Swooshes blend right in while constructed with a slightly different material and signature Off-White patchwork.

The collaboration comes in two colorways, the first being predominantly white with grey hues while the other dons a predominantly black shade.

These will be difficult to get your hands on so if you’re interested, read the Hypemaster Playbook to learn how to cop shoes like a pro!

These sneakers will be released on June 23rd for a retail price of $185 each. For stock, check out the following retailers:

These sneakers will definitely sell out instantly.

Using my estimated resale value expect gross profits of around $200 per pair.

Why are Nike off white so expensive?

The retail price on Nike x Off White sneakers is actually pretty reasonable. However, that’s not why they’re considered so expensive. Because of how limited these sneakers are, Off White x Nike sneakers are resold for extremely high prices as that’s what people are willing to pay for them.

Where can I buy Nike off white?

Off White sneakers are usually sold for retail via Nike SNKRS and OFF-WHITE’s store. However, they sell out instantly. Now, you can find most models on the secondary market such as GOAT, StockX, and Flight Club for resale prices that are much higher.

Is off white owned by Nike?

Although the duo has collaborated a number of times, Nike does not own Off-White. Off-White is owned 40% by the man, Virgil Abloh himself while 60% of the company is owned by LVMH, which stands for Moët Hennessy Louis Vuitton SE.