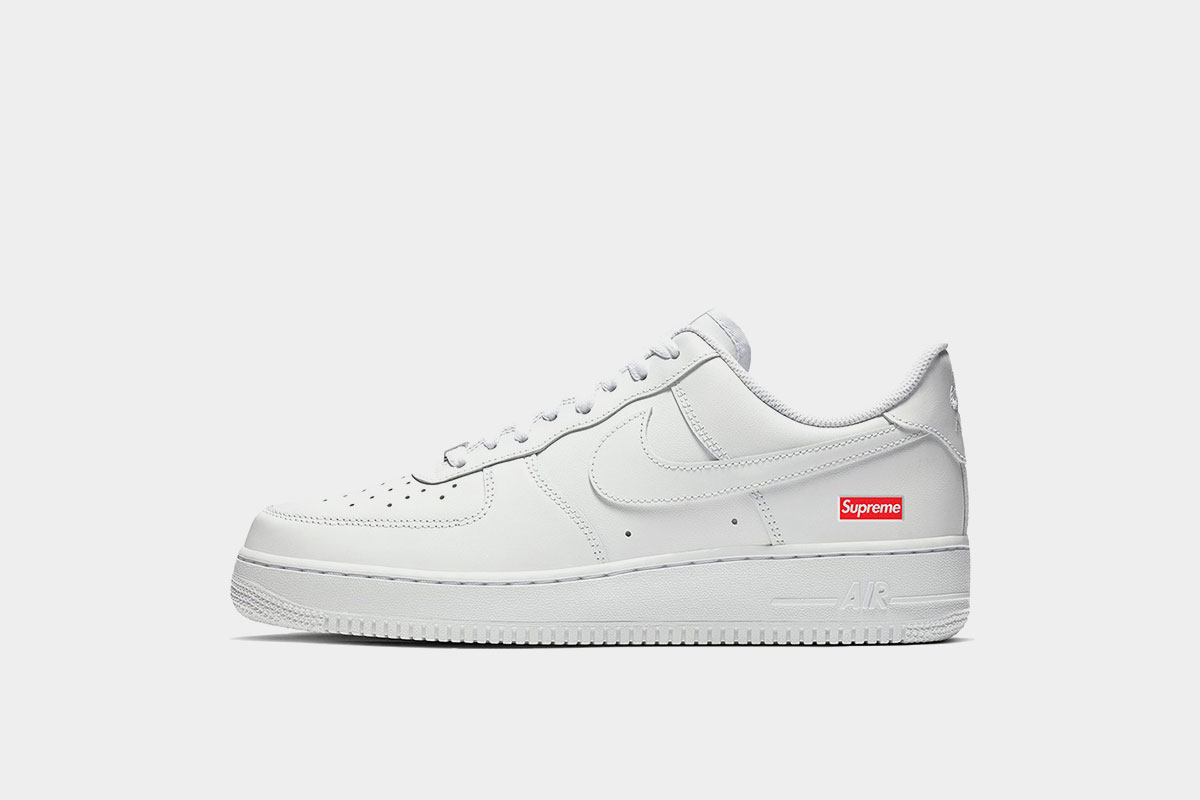 Hello again readers. March has been straight fire this year and this time I give you news of the new Nike Air Force 1 X supreme. Releasing early march, keep reading for more info.

The sneaker resale market just keeps on getting bigger as kids are cashing in on this billion-dollar market.

At sneakerflippers, we’re dedicated to bringing you the latest information to get your reselling game to the next level. So sign up to our news-letter below and never miss out!

If You’ve checked out our picks for the best shoes to resell in march, you may have scored some nice profits already.

For quick info, skip to the conclusion

I would advise against that however, the more you know the better. Anyways, let’s get right to it! 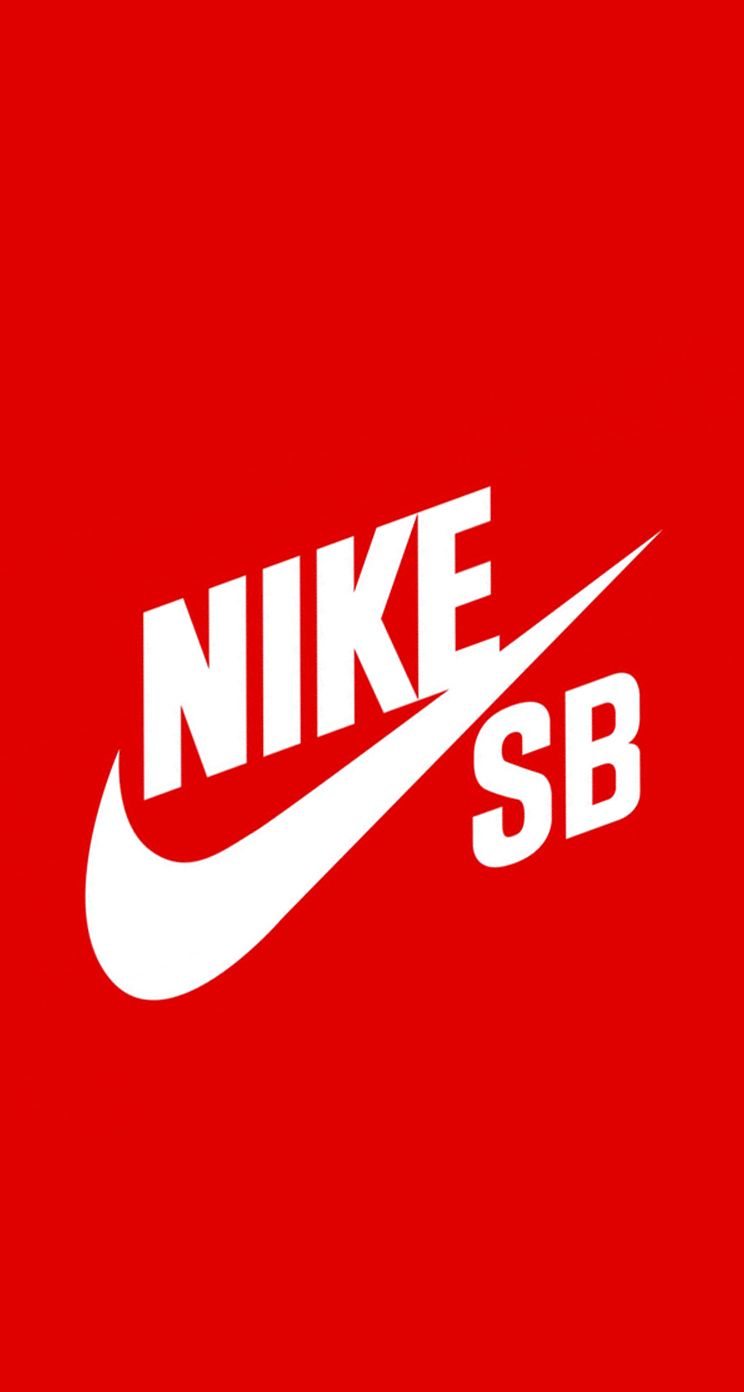 Nike and Supreme have slowly worked their way to becoming the giants that they are today.

Supreme, a skate shop that opened in New York 1994 and Nike, originated in Beaverton that produced sneakers and apparel with outstanding performance abilities.

After the launch of Nike’s SB Dunk in 1985, the match was inevitable. It had to happen soon and how could it not? They stayed true to their roots and maintained the equality and passion for their craft throughout.

Their paths met in 2002 when they first collaborated after certain issues Nike was facing. Sandy Bodecker was given the task of re-imagining the SB dunk as sales weren’t too impressive.

The Dunk was reinvented for skaters and so the classic Sb x Nike collaboration began. Since then, new releases have been almost an annual event with no color combination left out. 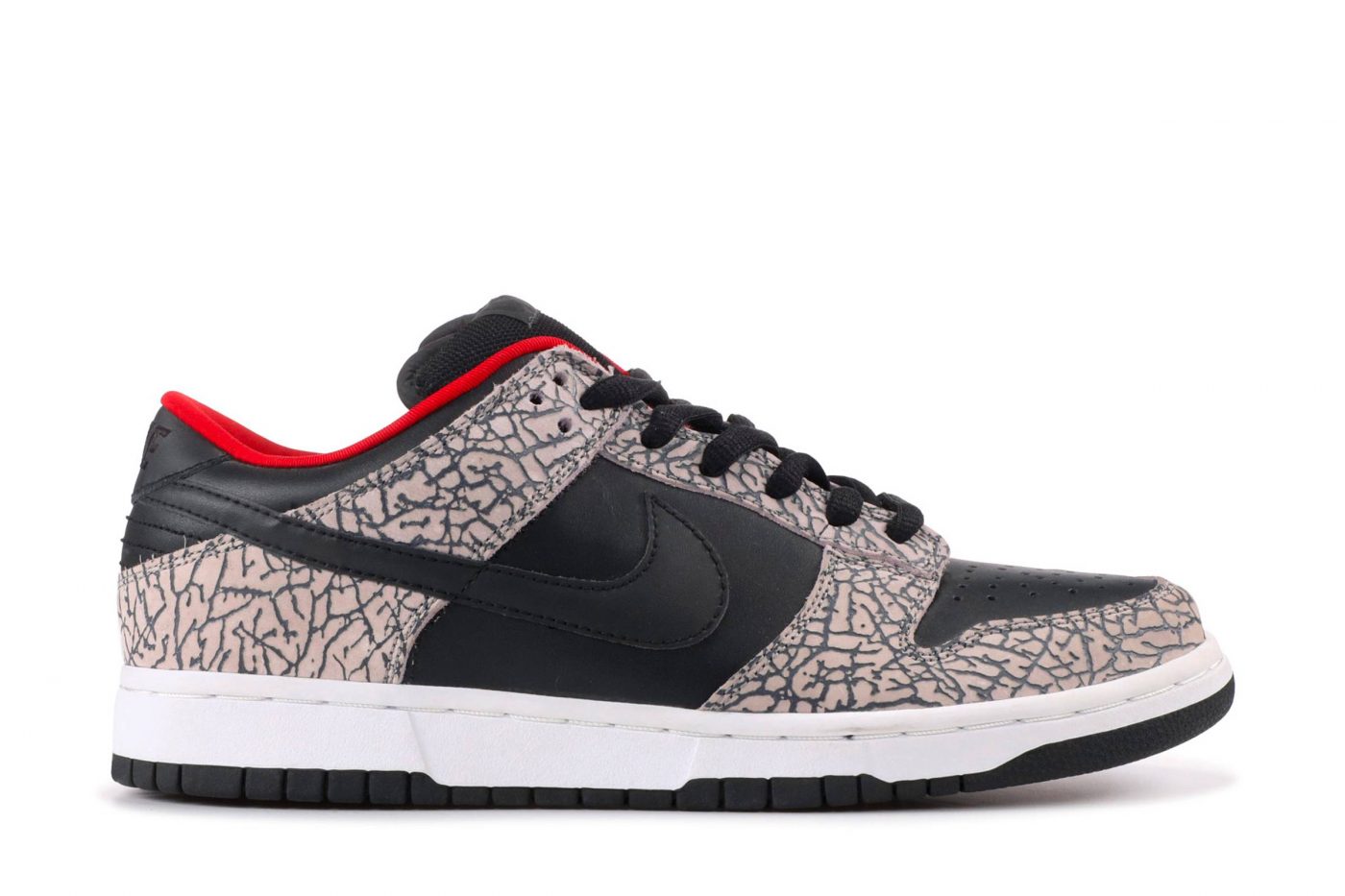 At the time, believe it or not, there was no real hype surrounding this shoe. No police related incidents and no long lines miles long. Supreme only had 2 stores in 2 cities (New York, Tokyo) and only 500 pairs were created.

The Supreme x Nike Dunk Low Pro are obviously inspired by the Air Jordan 3. Originally releasing in 2 colorways (white and black) With the elephant print and the classic shape. No one knew how sought after these pairs would be only a few years later.

The market for these sneakers are huge! And by huge I mean profits in the thousands. According to StockX, the trade range is between $1411-$2961 and the average sale price is $2787.

So obviously the OG pairs are pure gold. But let’s asses how recent models are doing on the market.

These are definitely a fast moving pair as over 5700 pairs have been sold on StockX alone. The trade range is between $207-$277 and the average price is $324.

That’s a 120% price premium. So a nice profit of $590 may have been made had you resold them at peak resale value.

As I said before, the Nike x Supreme collaboration has left no color combination untested. This sure is an exciting one as it released for NBA All-Star weekend in 2009. 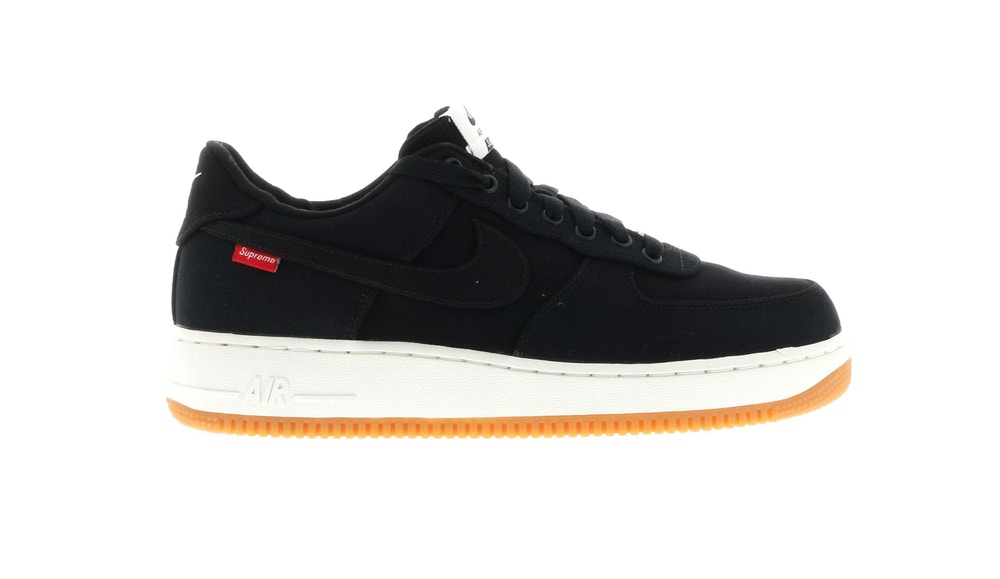 Since these are similar to the new releases somewhat, it may give a better idea of what to expect. Its trade range is between $330-$668 with an average selling price of $534.

That’s almost a 290% price premium according to StockX!

You may have secured a hefty $822 off just this pair alone. Now that’s some good resale value and it may indicate a better one for the new pairs.

Supreme often releases in very limited quantities. However this time around, that may not be the case. Usually they make only a few thousand pairs but due to the low price that may not happen.

The very low $96 was unexpected and may indicate a higher production level than usual.

Coming to the design of the shoe, not many modifications have been made. Pretty usual including the clean and simple look we’ve come to expect from Supreme.

The only 2 options are black and white with noticeably higher quality leather than GRs. 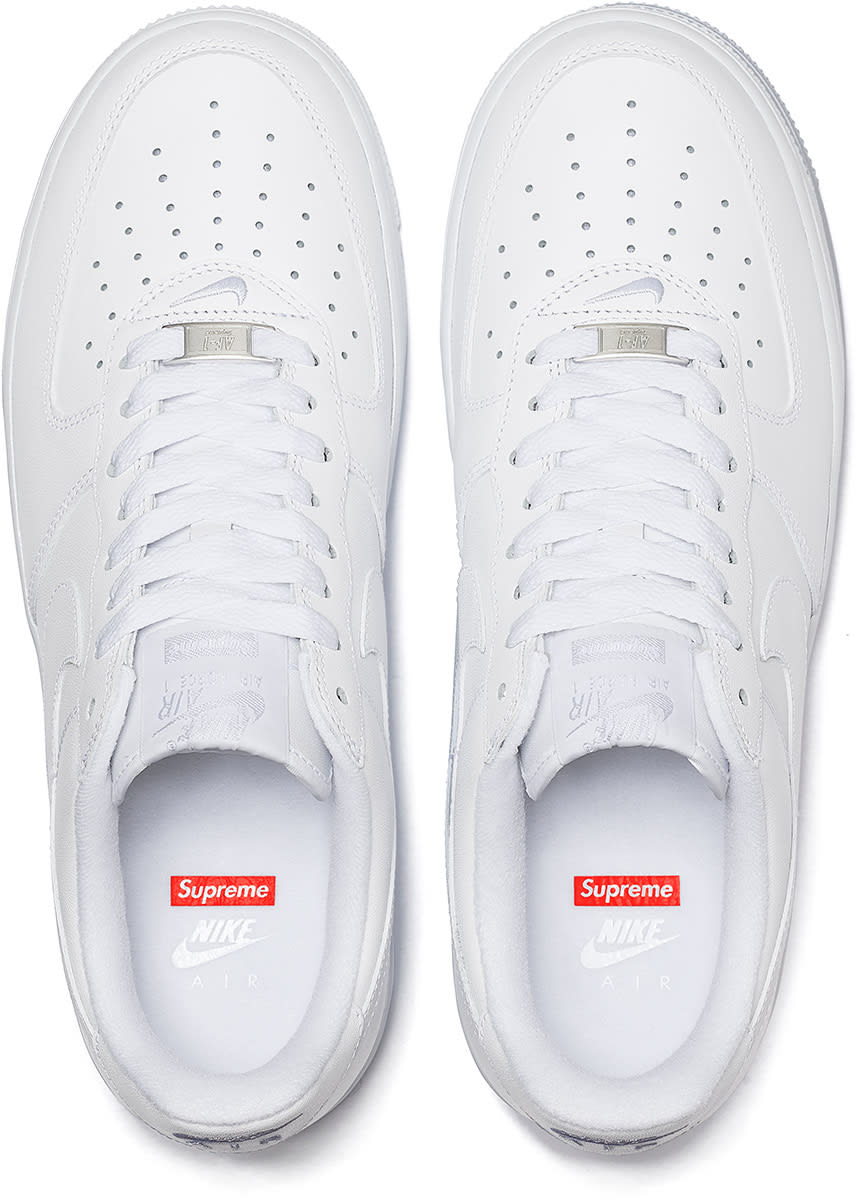 The iconic box logo can be found on the heel of the shoes as well as on the in-sole above the “Nike” logo. 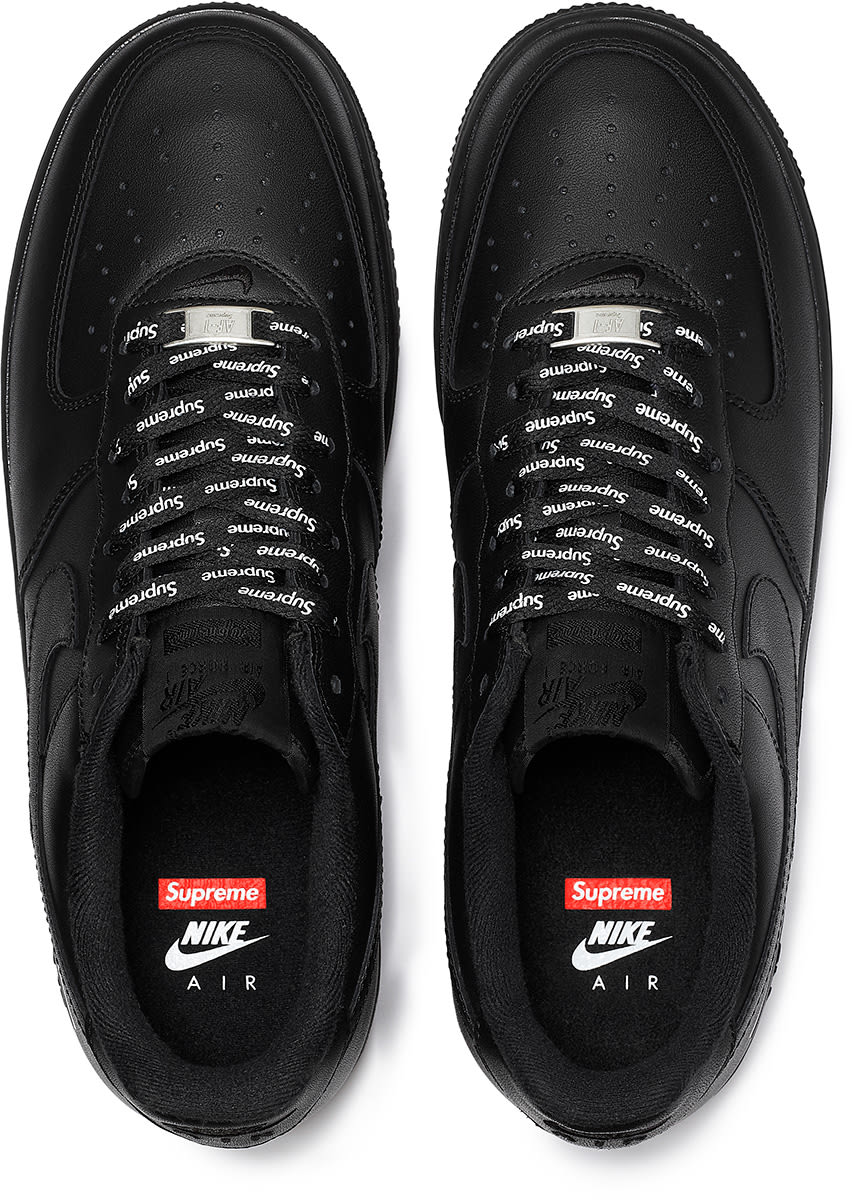 According to the preview Via Supreme, it seems the pair also comes with logo-clad laces. Black and white on the Black pairs.

While the white pair has red and white laces, both include “Supreme” all the way across from start to finish. They look pretty cool if you ask me.

They will be available at select retailers as supreme has confirmed that these will be restocked throughout the season. That’s pretty rare! For supreme at least.

Even though Supreme has a business model set around low supply/high demand. This time is different.

The retail price of $96 just make it that much easier to cop at select retailers and the official Supreme app. In case you fail to cop one, there’s always StockX and GOAT to help you snatch a pair.

According to StockX, this pair is already doing well quite well! The trade range is between $241-$258 and the average sale price is $241 on the white pairs. That’s a potential profit of $545, per pair! 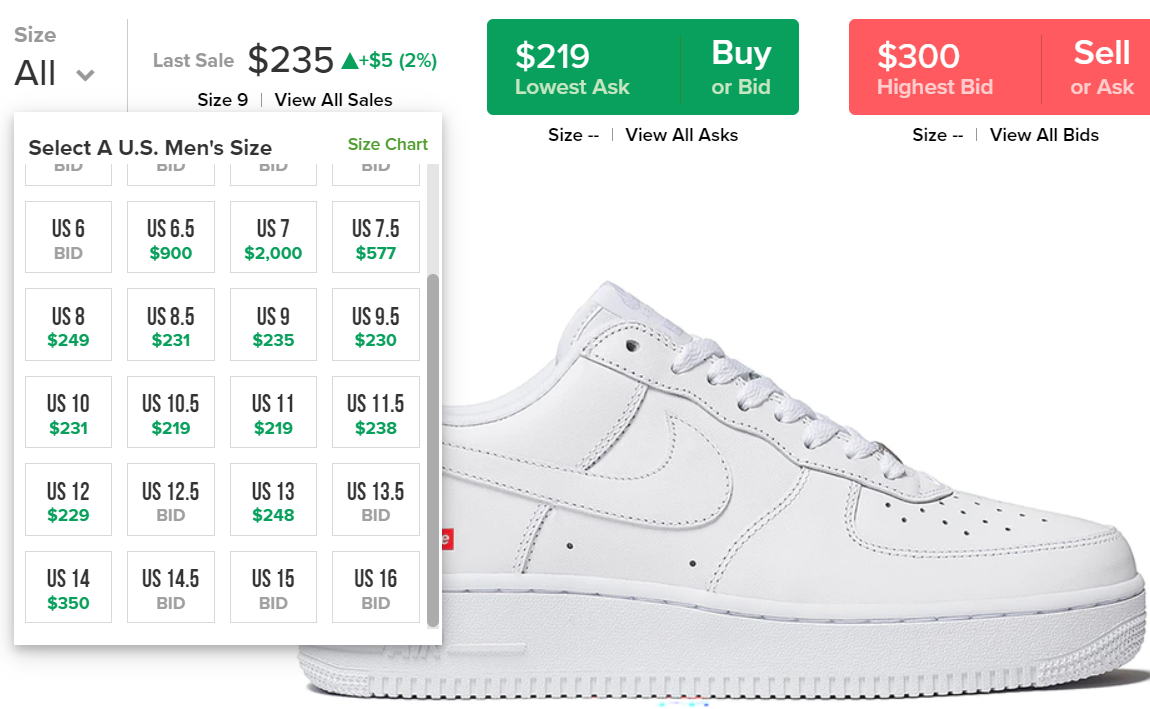 All of this has gone slightly beyond my expectations to be honest. This pretty much violates the concept of supply and demand but hey! Consumers are irrational, what are you gonna do?

The resale before the official launch is good, but what about after? Let’s make a more critical analysis based on a similar colorway. 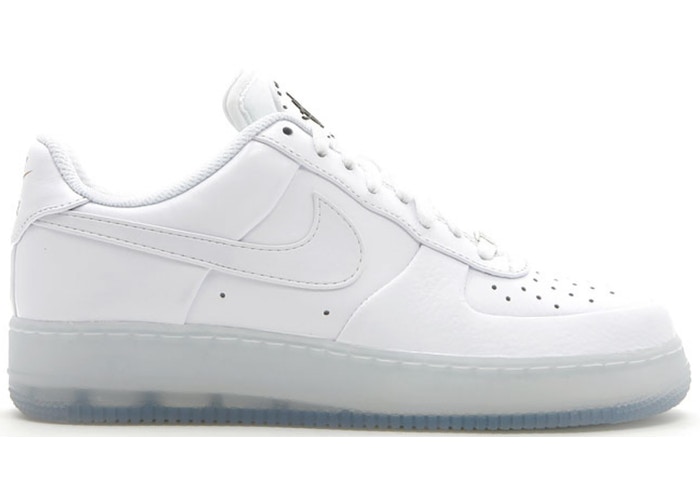 This colorway is close to identical to the new supreme x Nike Air Force 1. The color and shape is close to a copy apart from the heel and in-sole logo.

Thus a better estimate can be made. They can be sold today for a decent $205 on GOAT. Scoring resellers $55 in profits per pair. Keep in mind this is not at peak resale value.

Supreme and Nike’s “Nike Supreme Air Force 1” drops on the 5th of March in 2 colorways for $96. There will be restocking but be sure to keep all notifications on your Supreme application on.

As that is the primary place to get a pair. As well as select retailers and resellers such as GOAT and StockX. If you’re interested in reselling, make sure to go for sizes 6.5-7.5 as they are the most profitable.

The pair today can earn you a decent profit of $545 if sold at peak resale value. Holding it for longer shouldn’t be a problem either as they’re known to hold value overtime.

Be sure to check out our instagram for the latest pictures and updates.

Well that’s all for today! Make sure to keep ahead of the curve by reading the Hypemaster Playbook.

The reviews on it are incredible and it may as well be a hack to get you up and started in the sneaker reselling game. PS also check out the SFS cookbook for extra knowledge!