Jordan brand returns with another retro colorway for their classic Air Jordan 1 silhouette! The Air Jordan 1 High OG Lucky Green price is $170 and releases in women’s exclusive sizing on October 14th. Keep reading as we estimate its resale value and release date later on!

Try your luck by investing in this Multi-Billion Dollar Market as it continues to expand! Profitable sneakers are dropping left and right as October is setting up to as good of a month as any for resellers.

If you’re interested in the reselling game, all the knowledge you really need is in the Hypemaster Playbook. This detailed guidebook can help you set up a booming resale business in a few simple steps.

There’s a reason why the Hypemaster Playbook is so highly reviewed. Take the next step towards success and start reading today!

The Air Jordan 1 High OG Lucky Green is not going to be an easy cop but it’s well worth it. Especially since women’s exclusive AJ1s are on the rise.

Before we estimate its resale, let’s get into some background!

The Air Jordan 1 even since inception is more than just a performance sneaker. It has become a street-wear icon as people continue to wear them even today, after decades. The timeless style of the Air Jordan 1 however, wasn’t always this appreciated.

In 1985, when Michael Jordan was presented the AJ1. He candidly described them as “Clown Like”. Eventually however, the Jordan 1s did grow on Michael as he continued to wear them for various games.

These sneakers were inspired by the classic Air Force 1 and the Terminator. Although some parts of the Air Jordan 1 had to be changed to fit MJ’s preferences. Such as the soles which had to be slimmer as Michael demanded that he wanted to “Feel the court beneath my feet”.

Peter More, the designer, made sure the sneaker was perfect for the Chicago Bulls’ star, and it was. The Air Jordan 1 released in 1985 for the public for $60 a pair.

Interestingly enough, it even made a name for itself on the skateboard scene. The traction and ankle support was just what skateboarders needed from a sneaker.

Since conception, the Jordan 1 has seen many iterations and re-releases. The latest of which is the Air Jordan 1 High OG Lucky Green. 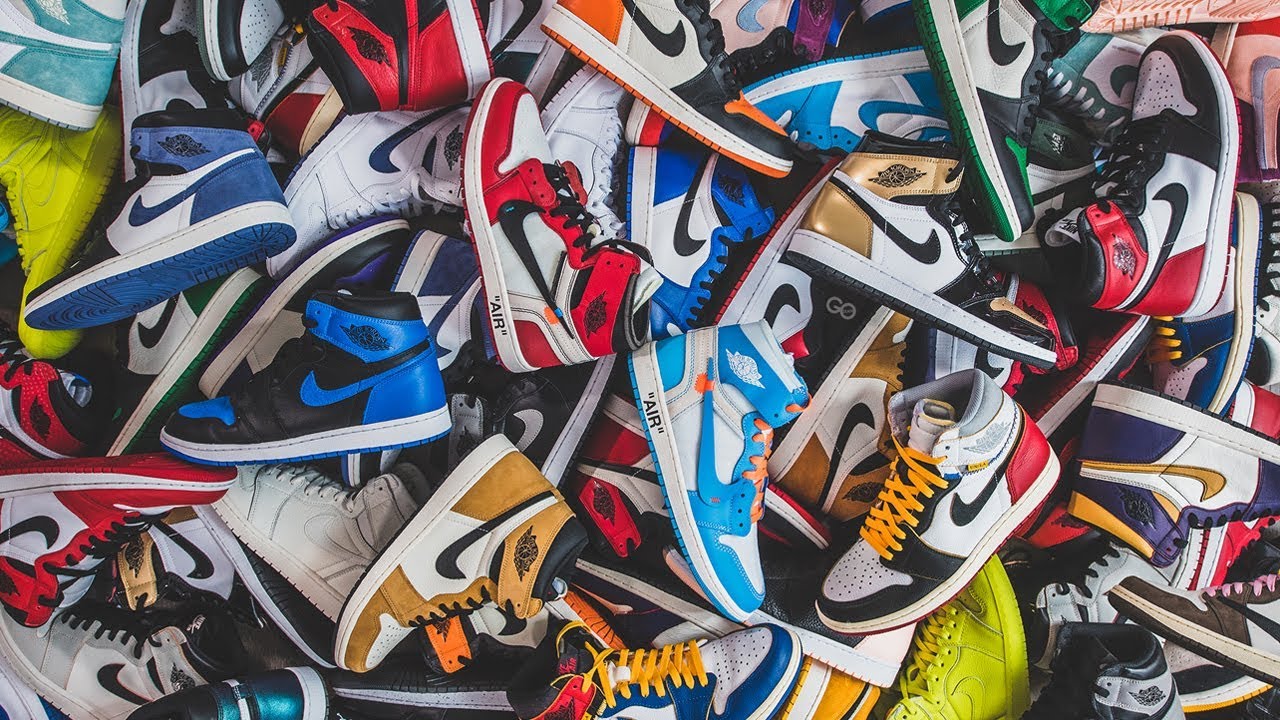 Air Jordan 1 retro sneakers have always been popular but it was never like it is today. Retro sneakers during the early 2000s could have just easily been bought through a store even a few days after release.

Today, certain hyped colorways fly off shelves and stores after just a few hours. Air Jordan 1 Retro colorways for example, are extremely hard to cop through raffles. It’s pretty much a random pick as to who gets to buy one.

Since copping one so difficult due to its popularity, the Air Jordan 1 has great resale value. To estimate resale for the Jordan 1 WMNS “Lucky Green”, let’s head on over to StockX. Assessing similar sneakers can give us a good idea of what to expect.

On StockX, the average selling price is $440 which is an average gross profit of $280. At peak resale, profits have been as high as $740 per pair!

A white mid-sole and black out-sole finishes off the design.

On StockX, the average selling price is $290 which is an average gross profit of $120. Had you sold them at peak resale, profits would have been as high as $410 per pair. I believe the Air Jordan 1 High OG Lucky Green will have very similar resale value.

The Air Jordan 1 Retro High Pine Green draws inspiration from the 2019 Pine Green version. This time however, most of the upper features black and pine green color tones.

On StockX, the average selling price is $220 which is an average gross profit of $50. Had you sold them at peak resale, profits would have been as high as $230.

This women’s exclusive Air Jordan 1 is inspired by a rookie Michael Jordan’s 63-point victory against the Boston Celtics in 1986. The performance was so mesmerizing that even MJ’s competition joked about him being a deity disguised as a man.

This sneaker features Boston Celtics inspired color tone with a nod to the Chicago Bulls through a few hits of red.

White leather is featured on the toe box and side panels while a black ‘Swoosh’ and laces provide contrast. Meanwhile, a nod to the Chicago Bulls comes in the form of red branding on the tongue and collar.

Finally, a sail mid-sole and black out-sole finishes off the design.

Take a closer look with these detailed official images.

To get your money back on StockX, you’ll need to sell for at least $200. Using my estimated resale value, I expect pure profits of around $80 per pair.

If you can sell on websites that offer service fee waivers such as eBay. You can expect profits of over $100 on average.

You can buy this sneaker at select retailers and Nike for $170 (W) on October the 14th. I suggest using multiple accounts to apply or using a bot as these will be hard to grab.

You can also cop them today for resale prices from websites such as StockX.

If you’re having a hard time copping hyped sneakers, I highly suggest joining our Winner’s Circle. You’ll receive valuable insider knowledge to help you cop the most profitable releases!