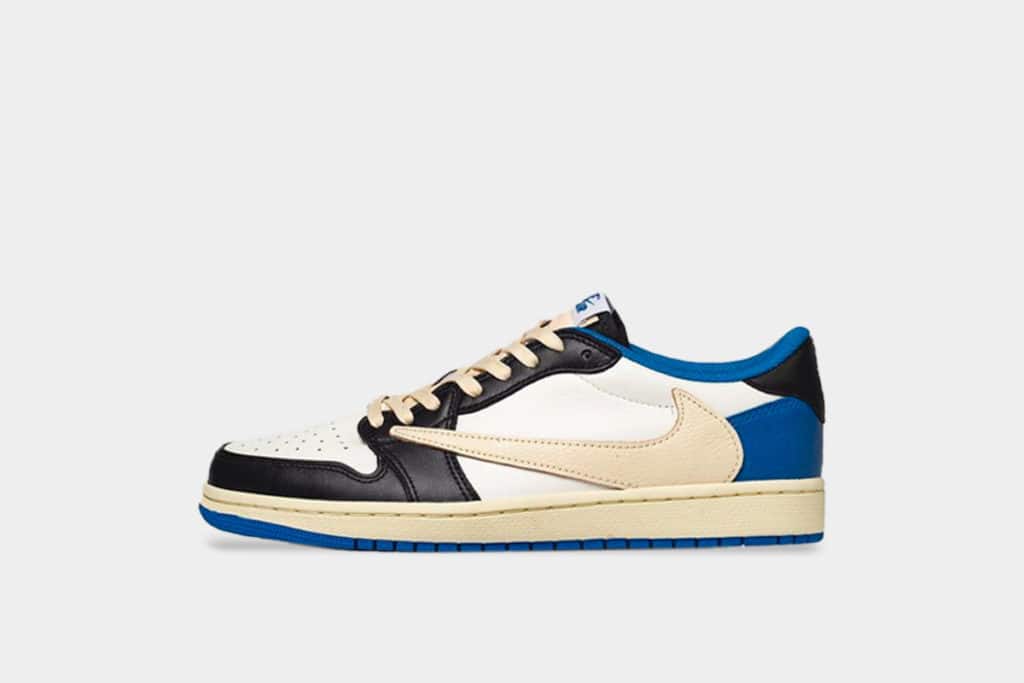 Stick around for all the details!

Get into the sneaker reselling game and potentially earn a living with thousands in monthly profits! All you need is the right knowledge and guidance that our Hypemaster Playbook can provide. This Highly Reviewed Guidebook will build the foundation for your entire reselling journey.

June, like most months so far in 2021, has been chock-full of extremely lucrative sneakers and July is shaping up to be just as, if not more profitable. Check out what July has in store for resellers in terms of hyped sneakers!

Before we take a detailed look at the Travis Scott Fragment Air Jordan 1 Low, let me walk you through some background information.

Fewer names in the sneaker game can generate the hype that Hiroshi Fujiwara, Travis Scott, and Michael Jordan can. But with all of them coming together, you already know that the product of their genius will be unsurpassable.

Fragment Design, Fujiwara’s company, first collaborated with Nike in 2000. Afterward, various collaborations ensued, most of which are highly sought after.

Travis Scott on the other hand is widely considered to have the golden touch within sneaker culture. Almost every single release is seemingly worth gold on the reseller’s market and that trend have continued onto 2021 with sneakers such as the Travis Scott Air Jordan 6 British Khaki.

To estimate resale for its low-top counterpart, the Travis Scott Fragment Air Jordan 1 Low, let’s head on over to our estimate section.

As for the aesthetics, these Jordan 1 lows feature typical Travis Scott-Esque hues with black underlays, Mocha overlays, and opposite lateral white Swooshes.

On the secondary market, these sneakers have an average resale price of $1,050 per pair which is almost $1,000 in gross profits!

I believe the Travis Scott Fragment Air Jordan 1 Low may even have a higher resale value!

If you wish to purchase more than just one pair and really reap the profits of a sneaker plug, check out our Winner’s Circle Cook Group. If it’s sold out, make sure to sign up for our newsletter below to know when we re-stock, give out exclusive coupons, and much more.

While these sneakers match their high-top siblings’ color scheme, the color blocking is done up significantly differently.

Uppers are built with a combination of smooth and tumbled leather. The former appearing on the black scuff guards and eye stays while the latter covers the Sail inverted Swooshes. On the medial side, things remain traditional with normal black leather Swooshes.

At the rear, a stitched-up smiley face covers one heel while Fragment’s double thunderbolt covers the other.

You can buy these sneakers at select retailers and Nike SNKRS on August 13th. The retail price per pair is TBC, however, it will likely be around $130.

Seeing the numbers on the secondary market should tell you that these kicks are possibly the most lucrative of 2021.

Using my estimated resell value, expect gross profits well over $1,000 and possibly even close to $2,000 if you can sell them at the right time.

That definitely lands it on the “Hype” spot on our Hype Meter!