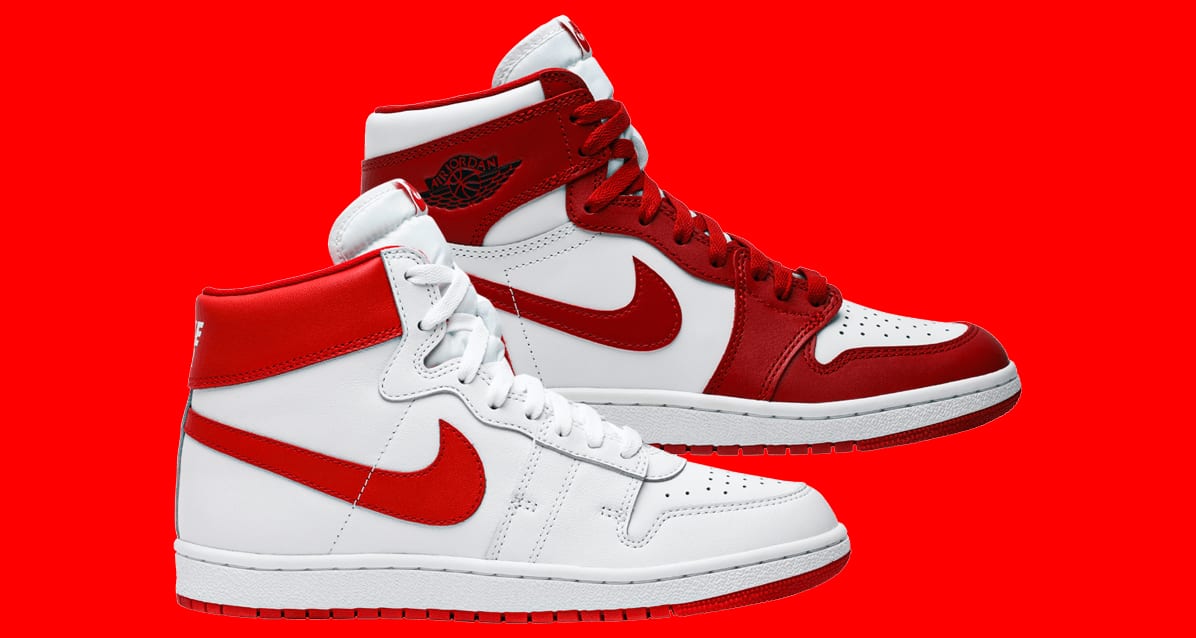 Greetings my avid readers and to the new comers, welcome! I’m in a good mood today and it may have something to do with the launch of a particular shoe pack.

It’s time for a history lesson! The original Jordans are no joke in the sneaker world and have been around since the 1980’s.

They were made exclusively for the legendary Michael Jordan during his basketball days in 1985. The only reason these shoes came into existence is because Michael Jordan never wanted to sign with Nike. Who would have thought right?

He originally wanted to sign with Converse as he enjoyed playing in the Chuck Taylors and all stars by converse. The shoe was not of interest to most basketball players, however it had a thin sole which Michael Jordan enjoyed.

He said he wanted to “feel the court” beneath his feet and most Nike shoes had thick souls. Thus he did not want to sign with Nike while they tried hard to win him over.

They went as far as to ask his parents as well as promising to build a brand around him.  Eventually, Nike agreed to adjust the soul of their new shoes which won over Michael Jordan.

At first however, it is rumored that the Nike Air Ship was used while the AJ1 was under development, Thus the Air Jordan 1 was born.

That’s not all though. The Air Jordans had a rough first year as they were issued a warning due to the colors used.

The legend goes that Michael Jordan was fined $5000 for each time he played which was covered by Nike. However, there is no evidence of that but there is evidence of the issued warning. 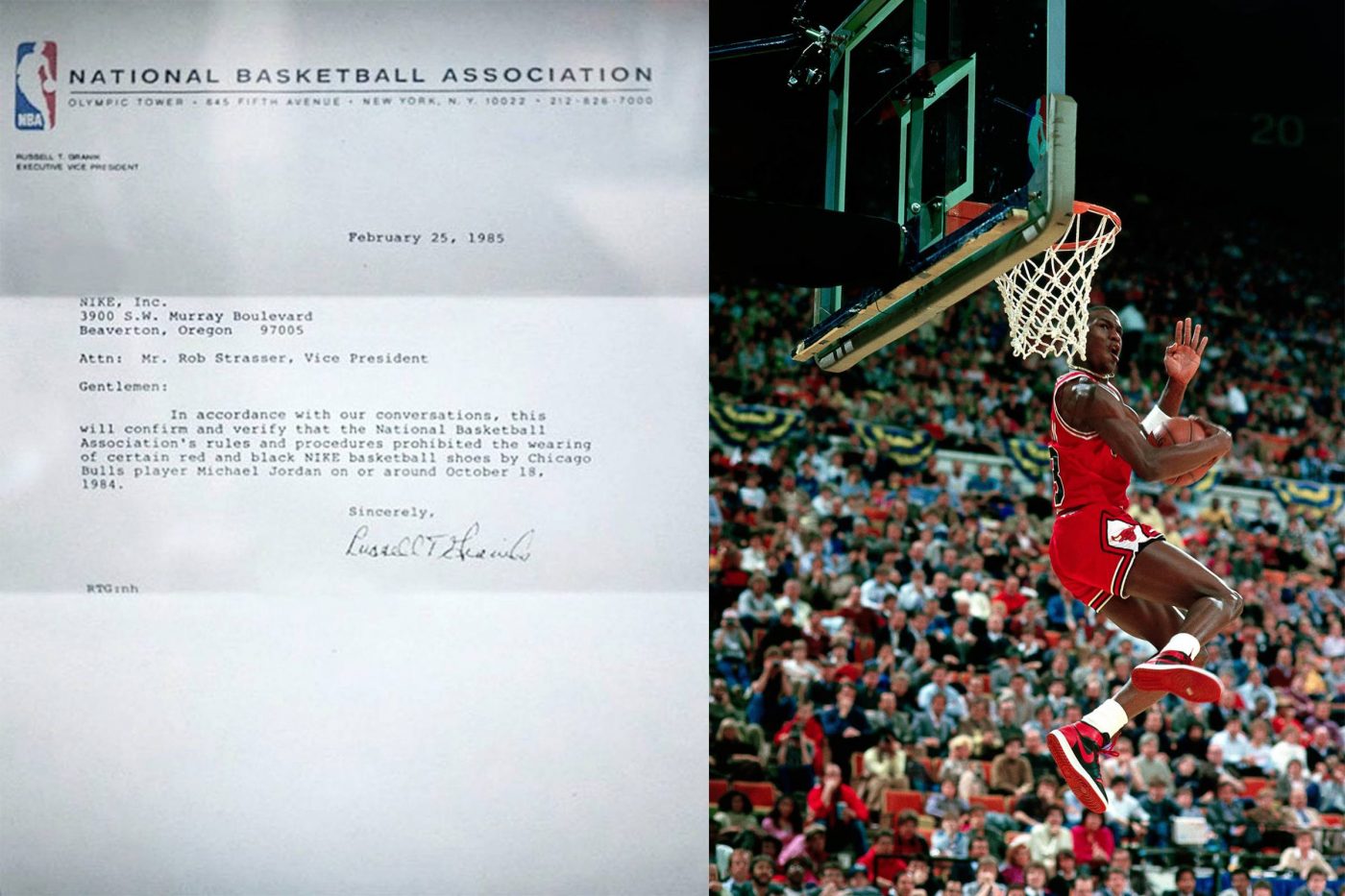 Michael Jordan didn’t like the style of the Air Jordan 1, little did he know that it would turn out to be a street fashion icon. The Air Jordan 1 was a huge success.

The launch of the Air Jordan 1 was also the same year Michael Jordan was awarded “Rookie of the year”. Coincidence or super performance enhancing shoes? You decide.

The second time the stocks were replenished, it didn’t go as well.

Nike made too many of the Air Jordan 1 and they had to sit on the shelves for a long time. Eventually they had to make a price cut, which made it go for as low as $20.

This lead to the rise of the SB Dunk. Skaters looking for inexpensive shoes with a good grip were pleasantly surprised by the Jordans.

The shoes matched most of their needs if not all and the Jordan 1 became quite popular with the skaters.

The high production of the Air Jordan 1 explains why you can find a pair today from the same year. However, it may only be good for collecting as it may turn to dust as soon as you put one on. 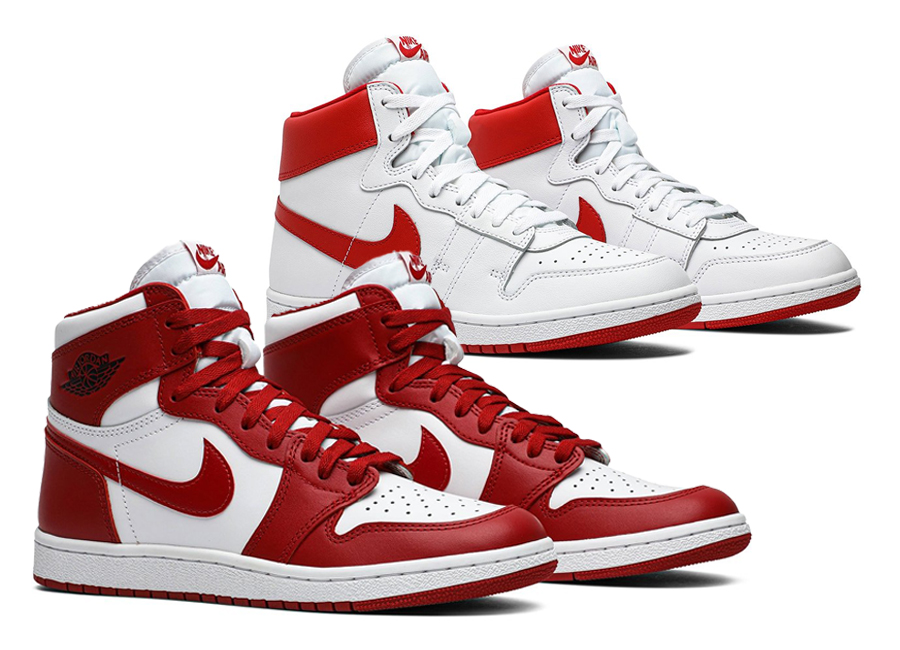 The long anticipated “new beginnings” pack will soon arrive, long since it was first rumored in 2019. The pack includes the Jordan Air ship as well as the Air Jordan 1 in new colorways.

The box alone is quite unique and nostalgic for those that have owned any of these pairs. On the right is the Air ship package print with the date “1984” written on it.

On the other side you have the original Air Jordan 1 style of packaging. The same pattern continues on the inside of the box with the date and the patterns as the outside. 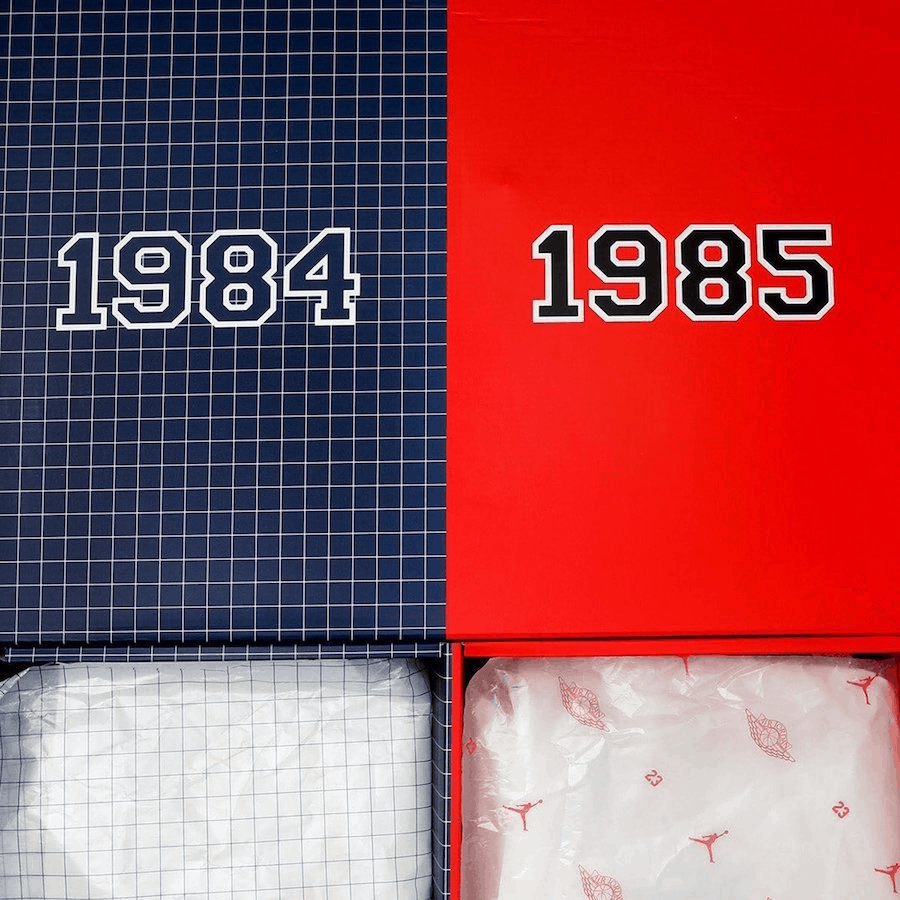 Now coming to the contents, not much has changed, but we love it all the more for it!

The Nike Air ship looks almost exactly like the OG except for the slight change in the colorway.

It has a high quality white leather upper with red accents on the collar, the swoosh and the rubber out sole. An attractive 80’s aesthetic! 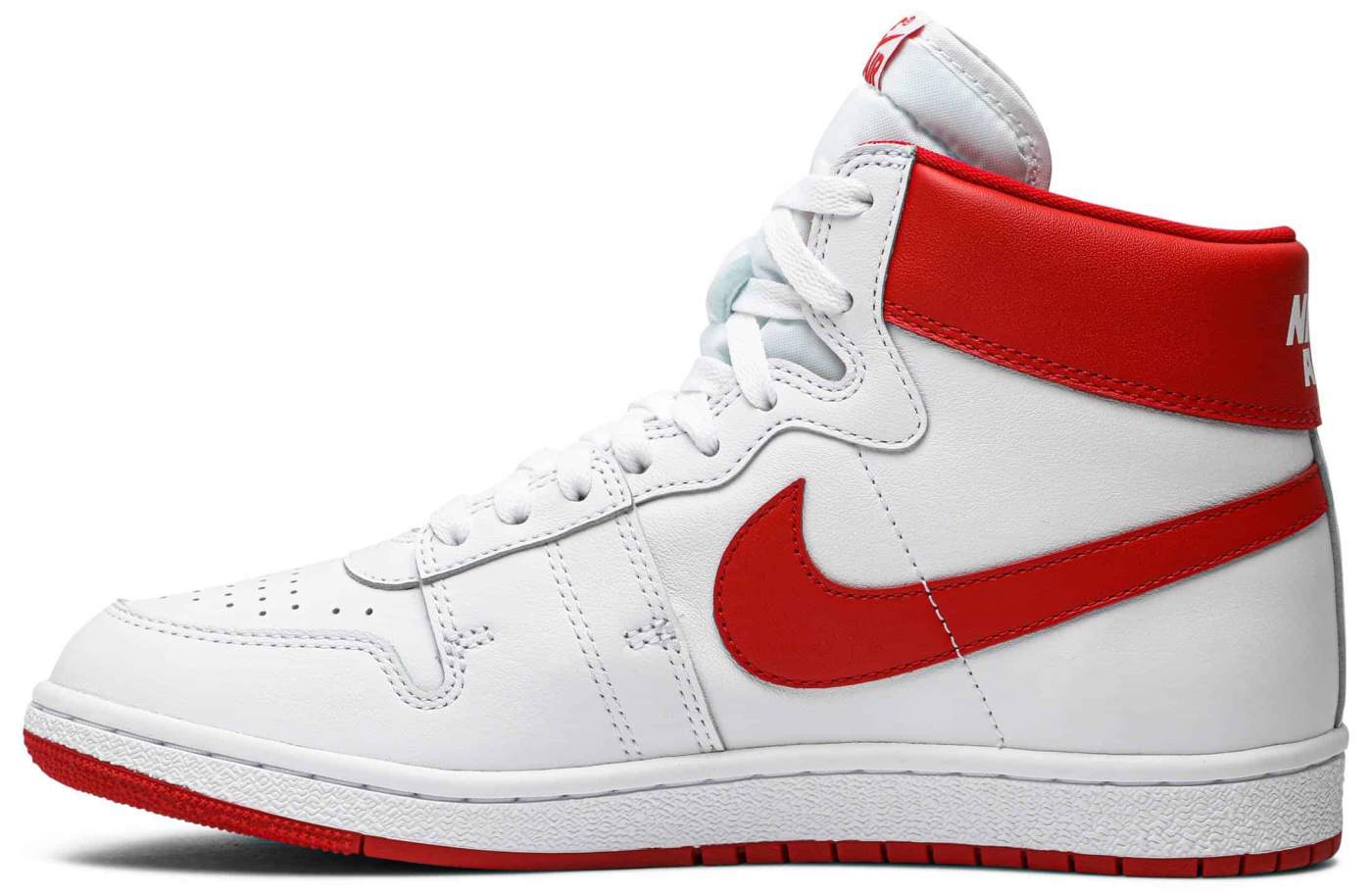 On the other side, we have the classic Air Jordan 1’85. The leather reportedly is not as high quality as the in the Air ship which is a bit disappointing. 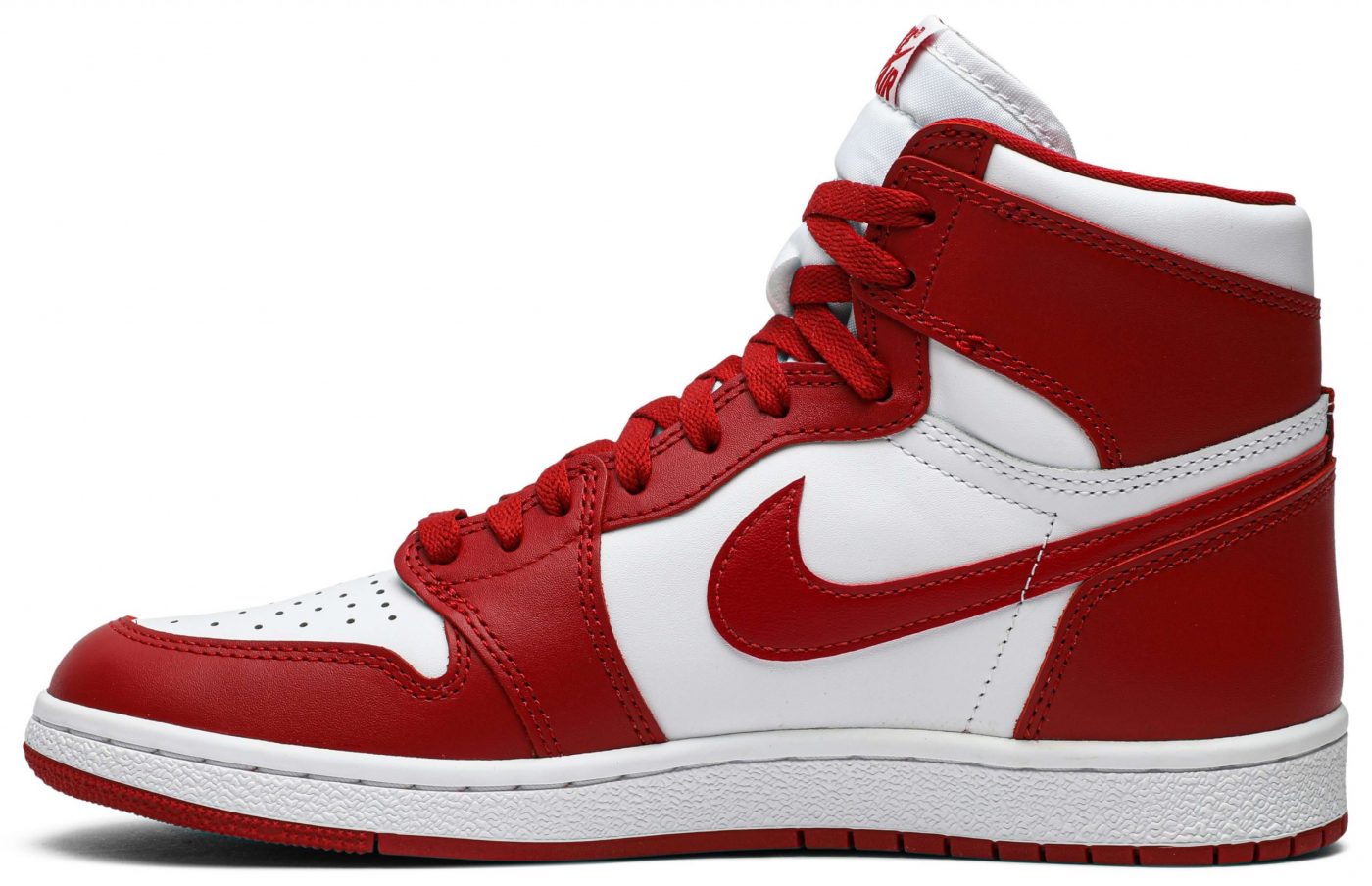 However, the new color way is looking nice with the slightly different tone of white and red. The white leather upper and the red accents look as good as ever.

Over all we are getting a close to identical versions of the originals. There are a few tweaks however such as the ankles.

They appear to have slimmed down and given a height, which gives it a sleeker silhouette.

I’m personally very excited for this pack as it has been confirmed that these will be sold in limited quantities. And we all know what that means.

Great resale value! Or at least potential for great resale value. Before I get into how scarcity leads to higher value, there are other points to note which indicate this pack may be a good investment.

Since the original Air Jordans can be sold anywhere from $3000 to $33000. It would come as no surprise to people that the new additions may go down a similar road as they age.

The original Air Jordan has a rich history and that sentimental value adds largely to the overall value. A later addition may be desired by those that couldn’t get their hands on the originals. Moreover, packs have done relatively well in the past 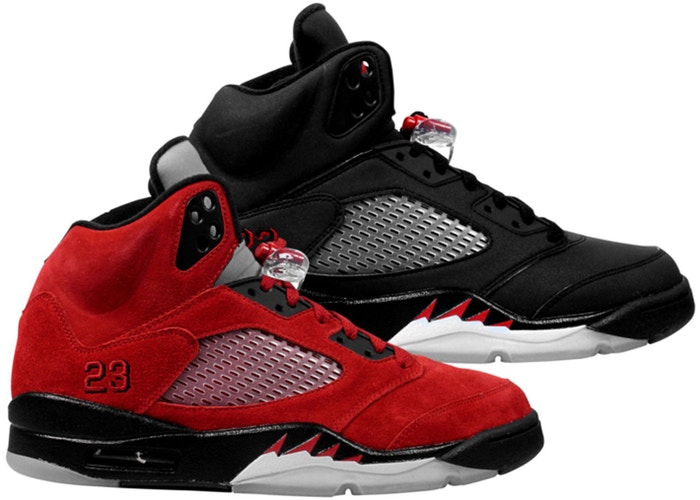 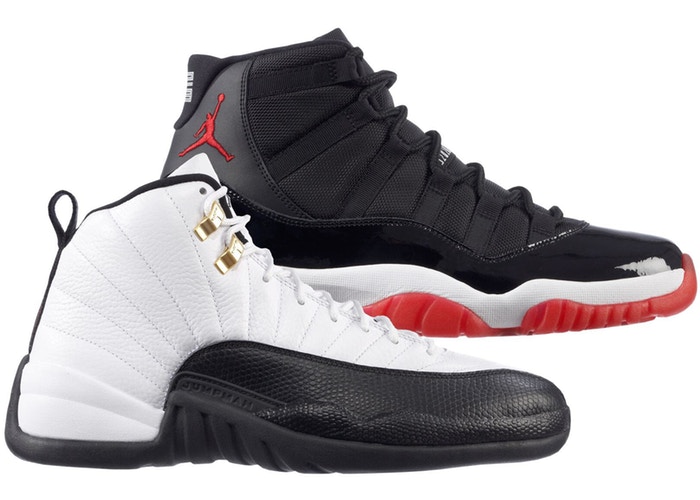 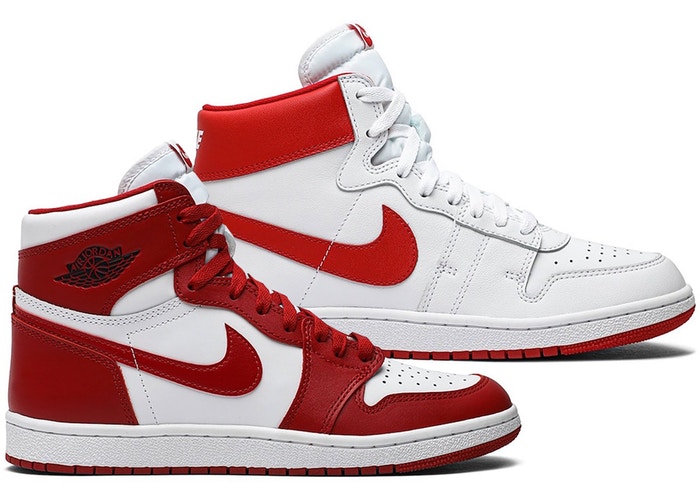 These can already be sold on StockX at a hefty $2500 or at least $500. This goes to show how fast these shoes can appreciate in value.

These shoes are a must buy for all those in the sneaker selling game. Packs such as this one with high value iconic editions may have great resale value. For me personally, this one is definitely a sell.

For more information about what to pass and what to sell, continue visiting sneakerflippers.com for daily updates on hot new shoe releases and more!

Also be sure to check out the Hypemaster Playbook for all you need to know on reselling shoes.

That’s all for now sneakerheads!