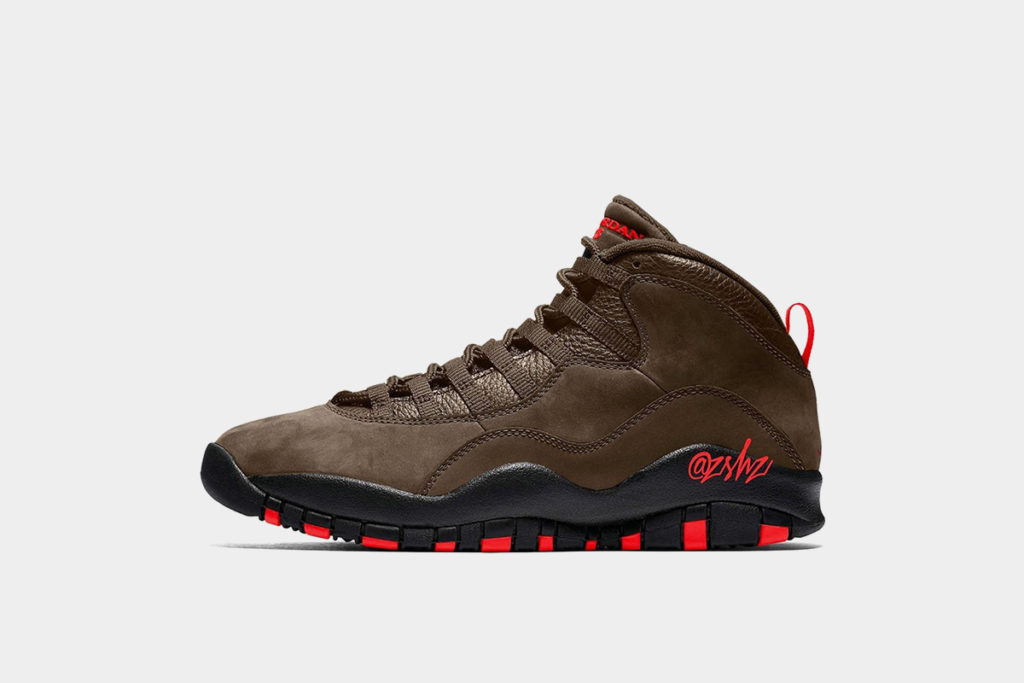 One of Michael Jordan’s least favorite Jordan sneakers, the Air Jordan 10, makes a special return this month! The Air Jordan 10 Dark Mocha is set to release this fall on November 29th at a price of $190. Keep reading to know all about these potentially very lucrative sneakers!

This Multi-Billion Dollar Market provides plenty of great opportunities for people to make thousands every month. To make the most of it, I suggest getting a sneaker reselling education!

For that, all you need is the Highly Reviewed Hypemaster Playbook! This 300+ page guide contains all the knowledge you need to go from a novice to a reselling pro! After you’re done reading, you’re going to be all set to turn your small reselling gig into a booming resale business!

The Air Jordan 10 Retro Dark Mocha is a highly anticipated release with promising profits for resellers. The sneaker itself wasn’t too favored by MJ, however, it’s definitely had some huge releases over the years.

Before we go into details for the “Dark Mocha” colorway. Let’s get into some background information.

The Air Jordan 10 came at a time when basketball, as well as the sneaker game, was going through a huge change. Michael Jordan had left the sport of Basketball and no one knew if he would ever come back.

Even Nike seemed unsure of the fate of Jordan brand. Speculations arose that there may never be another Air Jordan sneaker ever again. Tinker Hatfield, however, believed differently. He still knew that Jordan brand had much to offer. Thus ultimately creating the Air Jordan 10.

During development, Michael Jordan disapproved of the AJX, mostly because of its design. Production, however, still went forward and the sneaker was born.

The initial models had a leather strap around the upper which wasn’t really liked by many. Later on, however, Nike released a clean-toed version that Michael wore on the court various times.

When the Air Jordan 10 released, it had a total of 3 models, each for $125. They also released in a regional pack in 5 colors for 5 teams. Those teams are Sacramento Kings, New York Knicks, Orlando Magic, Seattle Supersonics, and the Chicago Bulls.

Today, many new colorways have entered the market that are almost always hyped.

Although these are famous for being Michael Jordan’s least favorite, these kicks are hot. Retro releases are still selling fast and have a respectable amount of hype behind them.

Retro colorways even today pretty much guarantee profits for resellers.  The Jordan Retro city pack releases, for example, still sell for profits of around $100.

Other retro releases such as the Air Jordan 10 Dark Mocha are also very hyped. You can expect solid profits from retro releases and to prove my point, let’s head on over to StockX. By assessing similar releases, you can get a good idea of what to expect.

The Air Jordan 1 Retro Light Smoke Grey features a cement-colored grey leather upper with speckling. The entire vibe of the sneaker takes a nod at the streets. A black collar lining, laces, and eye-stays provide some contrast.

A noticeable detail of these sneakers is the mismatched insoles. White with a “23” number is featured inside one shoe while black with a Jump-Man is on the other.

The Air Jordan 10 Retro Red Steel features a crisp white leather upper and red overlay. Red covers the collar, heel-pull, and the eye-stays. Further lateral grey stripes can also be found on the eye-stays and out-sole.

A red Jump-Man at the rear and a red out-sole with grey stripes finish off the design.

On StockX, the average selling price is a respectable $310 per pair. That’ an average gross profit of $185 per pair while at peak resale, gross profits are as high as $355.

The Air Jordan 10 Retro Steel features a white tumbled leather upper with black and grey overlay. Black appears mostly on the collars and their eyes-stays. Both of which are contrasted by grey stripes and patterns.

This Air Jordan further features a crisp white mid-sole and a black Jump-Man logo at the rear. A black mid-sole with grey lateral stripes finishes off this clean looking design.

On StockX, the average selling price is $315 which is an average gross profit of $145. At peak resale prices, gross profits are as high as $400 per pair! I believe the Air Jordan 10 Dark Mocha will have a very similar resale.

Although no official images have yet surfaced for the Air Jordan 10 Dark Mocha. A mock-up shows us what to expect.

The sneaker will primarily come in a Dark Mocha color tone with bright infrared hits. Particularly on the tongue and a Jump-Man at the rear. Red hits are also expected to be on the insoles and inner lining including a number “23”.

Take a closer look at this mock-up photo by zsneakerheadz. 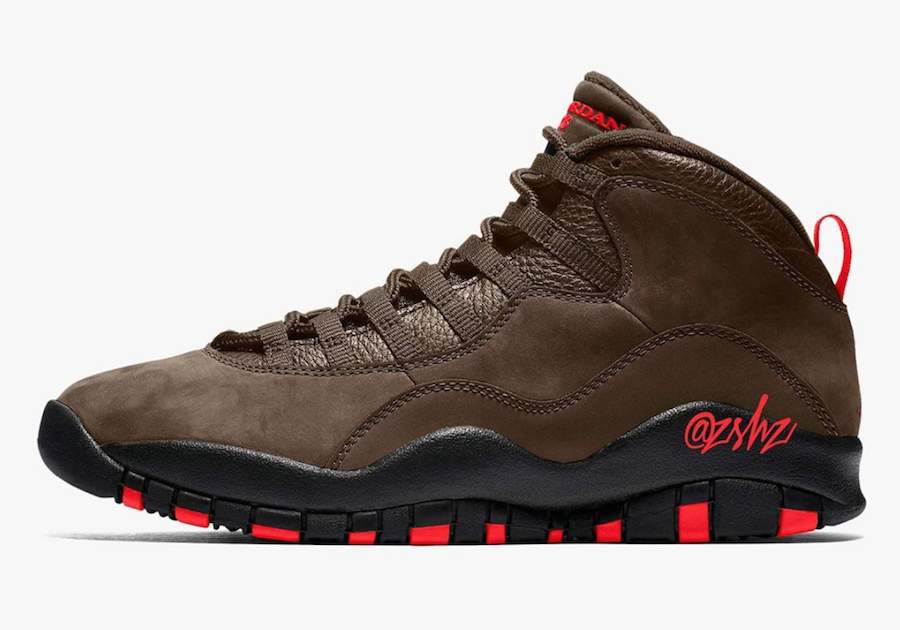 I believe these sneakers will definitely sell out fast due to the popular retro colorway. After assessing similar sneakers, I also believe that resale prices will be quite high.

If you’re selling on StockX, to get your money back, you’ll need to sell for at least $225. Using my estimated resell value, you can expect pure profits of around $100. If you plan to sell on websites such as eBay that offer service fee waivers. Profits may be much quite higher than $100.

You can buy the “Dark Mocha” at select retailers and Nike.com. They’ll be available for a retail price of $190. While the release date got delayed from 26th September, they are expected to be available now on October 24th.

If you’re sick of taking Ls when copping hyped sneakers, worry no more! Join our exclusive Winner’s Circle and get access to valuable insider knowledge to help you cop the hottest new sneakers!

Have a great week as always.