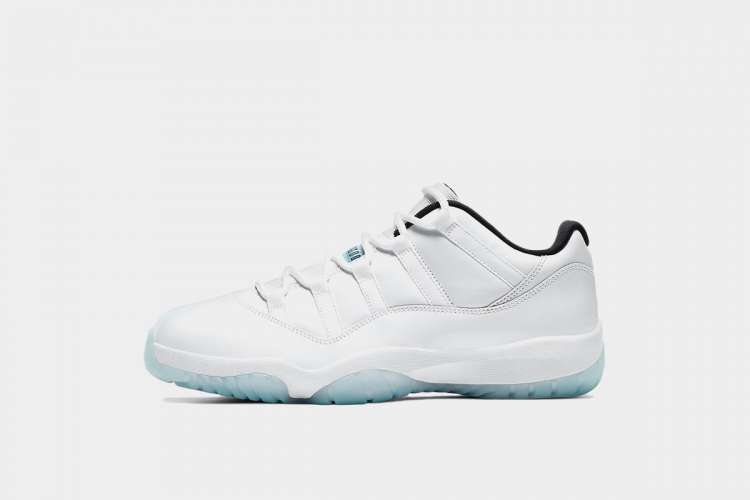 As a tribute to the NBA All-Star game of 1996, Nike is set to release a new Air Jordan 11 that debuted on the feet of Michael Jordan himself. The Air Jordan 11 Low “Legend Blue” release date is on May 7th for a retail price of $185 for men’s sizes. Keep reading to know all about it!

April is now past us and treated us with some great drops, May is already set to be just as profitable if not even better. Read more about it here!

The Air Jordan 11’s Legend Blue makes a return and will likely be very profitable! However, before we estimate just how profitable they might be, let me walk you through some history.

It was 1995 when Tinker Hatfield started working on arguably his greatest project yet.

The Air Jordan 11 holds a special place for many by being widely considered as Michael Jordan’s favorite sneaker. It came at a time where rumors of his NBA return were rampant and with high anticipation.

Eventually, MJ did return for the 1995-1996 season and rocked a sneaker worthy of such a celebrated return, the Air Jordan 11.

Tinker Hatfield wanted to design a shoe that was worthy of such a return and thus was entrusted with the task of outdoing himself one more time.

Hatfield took inspiration from an elegant classic convertible when designing the overlays for the 11s. He went with patent leather, giving the AJ11 is a glossy finish that’s adored by many.

The 1996 NBA All-Star game was also a special time as it marks yet another MVP award captured by MJ (Although controversial). To commemorate MJ’s return to basketball and his MVP award, Jordan Brand is all set to return the coveted colorway for a wide release.

The Air Jordan 11 has always been a top-seller and is among the few Jordans that sell out on almost every release. That likely maybe because of the history that they hold which is truer now more than ever after the release of the last dance documentary.

In 2020, Nike released quite a few notable colorways that were inspired by certain events taking place during the time of Michael Jordan’s reign as well as few retros of OG colorways.

Nike even gave the Air Jordan 11 the infamous “Adapt” makeover which was also a very notable release. Although the retail price tag was quite high, those sneakers still managed to get sold out.

On the other hand, retro colorways also sell out however, they weren’t super-profitable. A good example is the Air Jordan 11 Low I.E Black Cement. Thus I believe that although these sneakers may be worth flipping, I wouldn’t expect crazy-high profits in 2021.

To estimate resale for the Air Jordan 11 Low Legend Blue, let’s take a look at a few similar sneakers on the secondary market.

The Air Jordan 11 “Jubilee” released last year in celebration of the silhouette’s 25th anniversary in a very special colorway. the “Jubilee” colorway is inspired by Tinker Hatfield’s original drawing and imagery for the Air Jordan 11 in 1995.

This Jordan 11 features a dual leather constructed upper. Patent leather covers the mudguards for a luxurious feel reminiscent of a vintage sports car while the upper half features textured materials with black laces and a strap with a Jump-Man logo.

The patent leather continues onto the lateral heel side with another Jump-Man logo. Meanwhile, white midsoles and translucent outsoles with carbon fiber plating complete the design.

Its average selling price is currently almost $290 on reseller’s websites and has even been sold for as high as $600. This colorway, however, holds more value due to its history. Thus the “Legend Blue” will likely have a lower resale value. 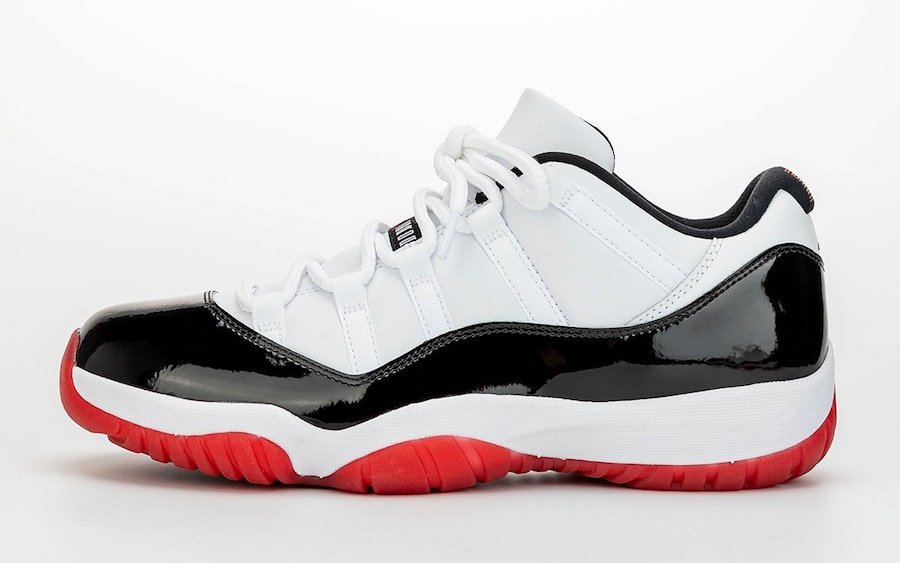 The Air Jordan 11 Retro Concord Bred also features an iconic colorway that uses typical Jordan Brand color blocking. This colorway in particular combines two of the best Air Jordan 11s with the top half of the “Concord” and the soles of the “Bred”.

White leather covers most of the upper on this sneaker with traditional matching white laces with a Jordan brand tag slapped across the middle of the throats.

Contrast is provided by the sock liners and interiors in a subtle way while the mudguards boldly present glossy black patent leather for a luxurious touch. White midsoles and “Bred” inspired Gym Red outsoles complete the design.

The average selling price on reseller’s websites is just $230 which yields small lunch money in profits.

These Air Jordan 11s released back in 2014 with a decent amount of hype behind them.

It was the first retro of the 1996 “Columbia” colorway and had people lining up for stores to grab a pair. Uppers consist of smooth white leather with Legend Blue hits.

The average selling price is a decent $400 which is a $200 gross profit per pair on reseller’s websites. The 2021 version will likely have a lower resale value since it’s also a low-top which is less popular.

These Jordan 11s come dressed in color tones almost identical to the 2014 versions.

White perforated uppers with white laces blend right in while sitting atop white throats and contrasted by a light blue strip with Jordan branding.

Similar to the originals, white patent leather embellishes the mudguards and rears. Nylon tongues, devoid of any branding add another layer of texture while tiny blue embroidered Jump-Man logos cover the heel tabs.

Black insoles with white Jump-Man logos and “25”, hinting at the colorways 25th anniversary, adds another layer of detail. White midsoles elevated by Zoom Air along with ice-blue outsoles complete the design. 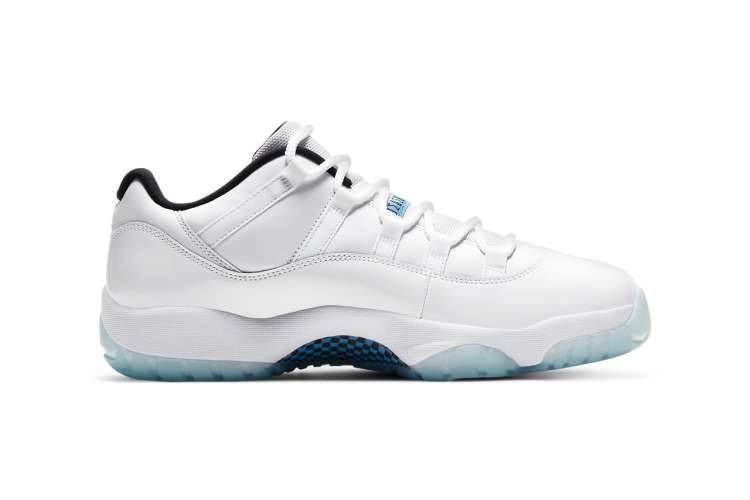 You can grab these sneakers via select retailers and Nike SNKRS come May 7th. The retail price for men’s sizes is set at $185 per pair.

These sneakers have a fair bit of fan anticipation behind them and they’ll likely sell out very quickly.

Using my estimated resell value, expect gross profits of around $55 per pair. According to our Hype Meter, I give these sneakers a “Good”.

Have yet another profitable week everyone!