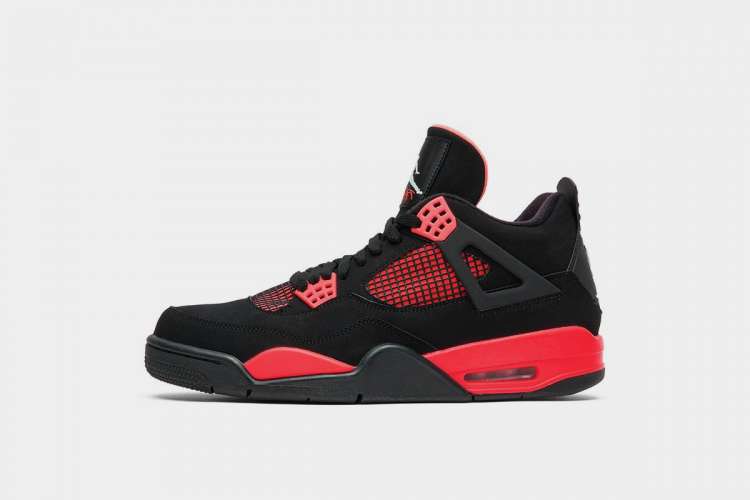 The Air Jordan IV Red Thunder will be available on the market on October 2nd, 2021 for a retail price of $190.

The iconic Air Jordan 4 “Red Thunder” will be making a return on October 2nd, 2021 in a colorway that caused a ban on the original Air Jordans. Air Jordan 4 Red Thunder showcases a predominantly black silhouette with appropriately placed red highlights and panels which give it an aesthetically pleasing look.

For a speedy outline of the projected resale value, look down to the end for a synopsis.

Air Jordan IV has been one of the most worn and collected sneakers ever. Due to their designs and colors, people have been attracted to them. The main cause of popularity, other than the name brand, however, is because of the fact that Michael Jordan infamously made “The Shot” in Air Jordan IV. 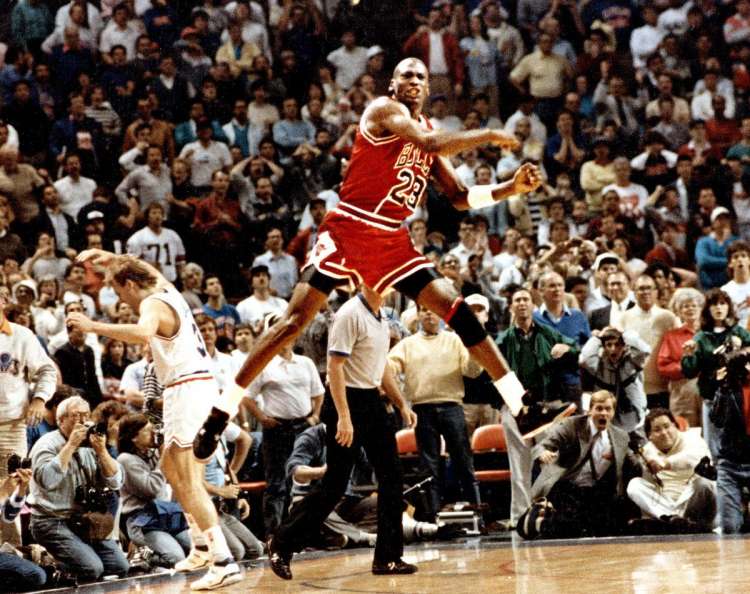 Air Jordan 4 was an instant hit when they were released because of the intense marketing and people’s expectations. The first series released in 1988 featured four colorways, two of them in white-based colors, one in black, and the last one in a military blue-inspired theme. 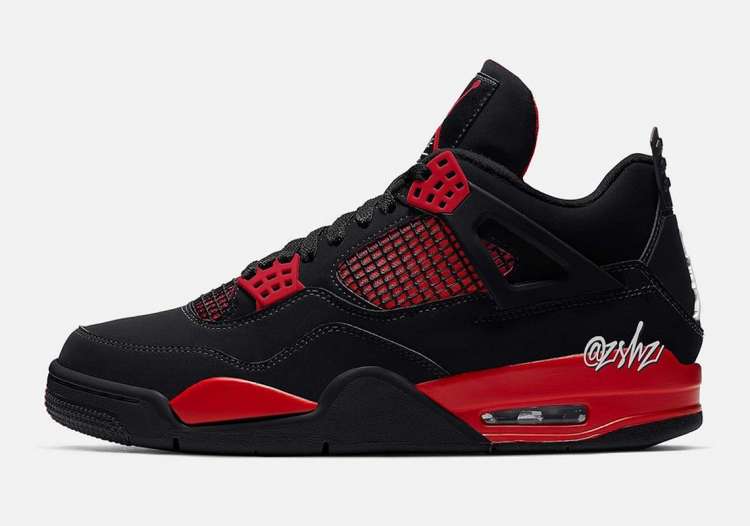 This silhouette will be released in black and red colors. The sneaker features an all-around black upper with panels of Air Jordan 4 signatures red mesh on either side. A small appearance of the same red mesh can also be seen on the upper part of the sneaker where the laces end.

On either side of the midsole and laces, red panels are present which can be seen on the black upper and give the sneaker a very sophisticated touch. The well-known Jumpman logo appears in white/red on the black tongues, in white at the back of the shoes, and the insoles to finish the silhouette off nicely.

Jordan IVs may not be known for the latest technology in the sneaker but the comfort level this series offers is unmatched.

According to our estimates and previous Jordan 4 releases, the estimated resale price of the Air Jordan 4 “Red Thunder” is going to be between $280-$320.

That’s all from our side today. We’ll catch you all next time.

If you’re looking to dive into the world of sneaker reselling, then you’ll need a helping hand to guide you in selecting the hottest trends and understand how to price your sneaker collection. Our Hypemaster Playbook will help you do exactly that. Our E-book has been created for a beginner and intermediate sneaker resellers like yourself to give you that jumpstart you need. With easy-to-read chapters covering multiple areas of sneaker reselling, we will break down all the complicated bits of the sneaker world into digestible bites.

Moreover, if you’re a rather experienced sneaker reseller and are looking for a cook group to join, then look no further than our Winner’s Circle which will help you cop all the latest drops.