Discover the PSG x Air Jordan 5 Low Pumice, its release details, estimated resale value, and tips on how to buy for retail price. 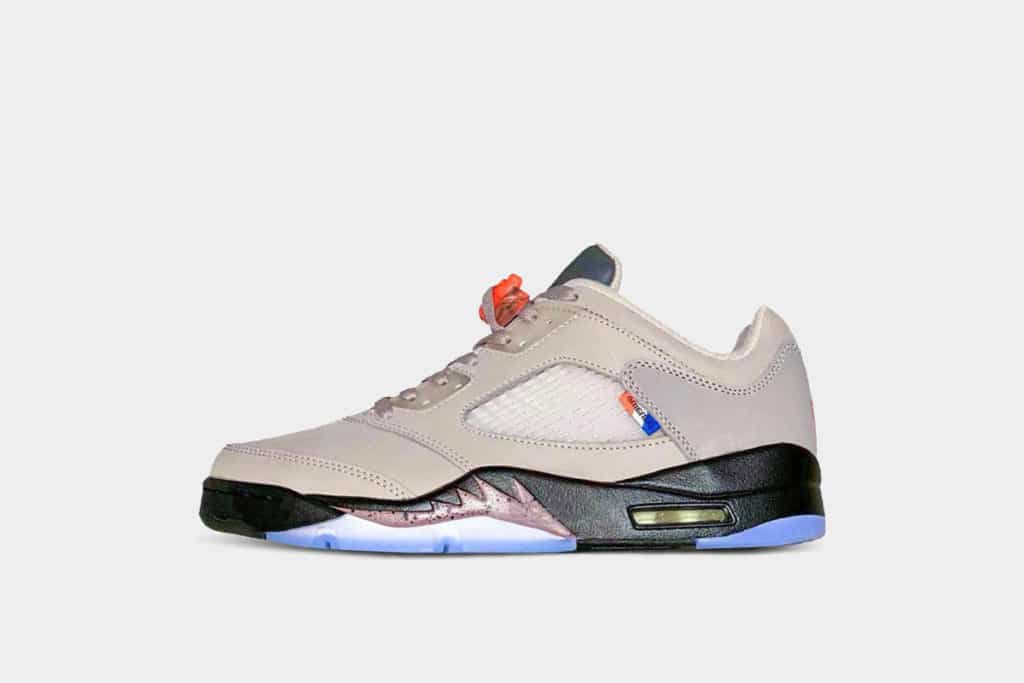 Parisian football club (PSG) is back with Nike yet again to collaborate on the popular Air Jordan 5 this Summer! The PSG x Air Jordan 5 Low Pumice release date is on July 22nd for a retail price of $200 per pair. Stay tuned as we take a closer look and estimate its resale value!

PSG and Jordan Brand collaborations are mostly quite popular and resell for significantly higher than their retail price tags.

To estimate resale for the PSG x Air Jordan 5 Low Pumice/Plum, let’s head on over to the secondary market.

The Air Jordan 4 PSG boasts a whole black upper inspired by WWII fighter jets. It also features a transparent be-speckled underlay with “Paris” imprinted on it on the sides. The heel also has a red “75” on it.

The pattern is completed by a PSG logo on the heel.

This would be the first Jordan brand partnership with a football club, and it forever reshaped PSG’s landscape.

The average selling price on the secondary market is $340, resulting in decent gross profits. Profits can reach $600 at peak resell pricing.

This time, the PSG x Air Jordan takes a different turn when it comes to the hues. This time around, the sneaker features lighter shades of grey and off-white across the upper.

Uppers start off with off-white leather on the toes, side panels, and collars while light grey leather appears on the heel overlays.

These heels also feature red PSG stamps that provide contrast and complement the orange lace toggles. Eye stays are also transparent with matching traditional laces that lead up to a pair of grey tongues with Royal Jump-Man embroidered branding.

Top potentially cop multiple pairs such as this, read the Hypemaster Playbook to learn how to do just that!

You can buy these sneakers at retailers on July 22nd for a retail price of $200 per pair. For stock, check out the following retailers:

These sneakers will likely sell out.

Using my estimated resale value, expect gross profits of around $70 per pair!

Is PSG Jordan or Nike?

PSG’s latest 2021-2022 Jersey is special and a milestone for Jordan Brand as an independent subsidiary. The main Jersey now features the Jump-Man logo in place of the Swoosh which is a huge deal for the Jump-Man.

Does Jordan own PSG?

The short answer is no, Jordan Brand nor Nike owns PSG. However, the Parisian football club has signed a deal with Jordan Brand, the latter being given the privilege to supply the PSG with some of the items for their kit in a €67m/year contract.

Where can I buy Jordan PSG?

These sneakers are quite popular and sell out quickly. You can, however, buy them today on the secondary market but they will cost you a lot. Perhaps even a few hundred dollars over the retail price as this is a collector’s item.