Stay tuned to know all about this ultra-hyped sneaker!

Travis Scott recently revealed the kicks on Instagram, gifting them to his toddler Stormy. The sneakers since have picked up even more anticipation and will likely be the most profitable sneakers of April.

Before we estimate its resale, let me walk you through some history! 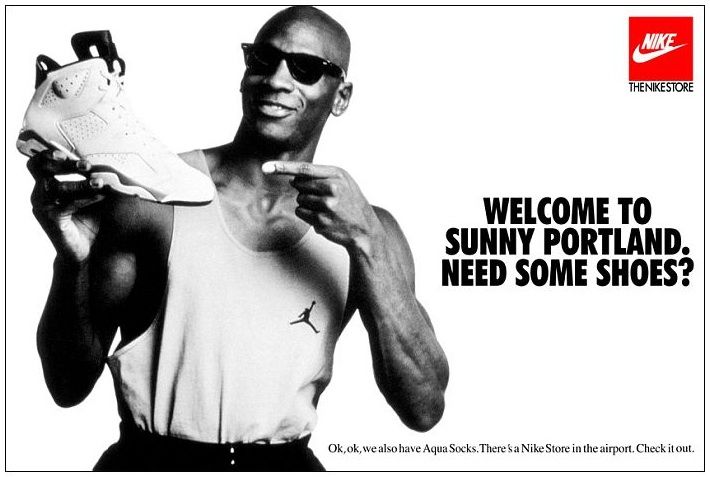 The Air Jordan 6 was designed by the great Tinker Hatfield. A former corporate architect for Nike turned designer that was also responsible for creating all Air Jordans starting from the 3rd to the 15th, along with a few others.

After officially releasing in 1991 for $125, the Jordan 6s quickly caught on and captured a great chunk of the basketball sneaker market.

That may have something to do with the fact that Michael Jordan wore these sneakers en route to his first championship, eventually even capturing the trophy while rocking a pair of AJ6s.

Hatfield designed them particularly for Michael Jordan, not exactly for the mass markets. That’s probably why he liked them so much.  He wanted an improved toe area and a design that was just simpler to wear.

Thus Hatfield introduced a reinforced toe, something unfamiliar to sneaker design at the time. The renowned designer also added a “Spoiler” which was essentially an oversized heel pull and extra holes in front of the tongues.

After multiple iterations including the  Air Jordan 6 DMP and the Air Jordan 6 Hare, the AJ6 has become a classic that will likely be enshrined in the memories of fans for generations to come.

Jordan Brand and Travis Scott have had one of the most exciting (and Profitable) sneakers in the game with almost every release being resold for at least twice its retail price.

After amassing a large following through his music career, it came as no surprise that his collaboration with Nike would be one for the ages.

After an unreleased Friends and Family sneaker known as the Travis Scott x Jordan Trunner LX, the American rapper took things further with a wider release next.

On December 5th of 2017, the duo released the Travis Scott Air Force 1 Low “White”. A sneaker that’s still one of the most sought-after ever.

Ever since cactus Jack and the Swoosh have released various sneakers including a few that are planned ahead for 2021.

Every collaboration with Nike is seemingly a slam-dunk as they’re sold out instantly with extremely high resale values.

This Travis Scott x Air Jordan sneaker is perhaps the least popular out of all their collaborations and it’s not difficult to see why.

A textured olive green upper shrouds most of the sneaker with black leather on the lateral and medial sides. Green straps over the throats and heel pull provide a secure fit while black tongues with a white Jump-Man and “cactus Jack” logo provide contrast.

The selling prices on StockX are surprisingly low for these sneakers. Even though the Jordan 33 isn’t the most popular silhouette, a Travis Scott collaboration is always selling for at least twice its retail price.

The average is currently around $250 which is much lower than what you can expect for the Travis Scott x Air Jordan 6 British Khaki.

This Air Jordan 4 released back in 2018 and is one of the most sought-after AJ4s ever.

University Blue tongues feature silver Jump-Man logos while black heel pulls to match the rest of the dark hits on the uppers and are contrasted by red dual branding.

On StockX, resale prices on average are hovering around $980 per pair! That value has gradually increased over time, now yielding gross profits of $755 on average!

Travis Scott showed off these kicks at his Super Bowl LIII live performance and drove sneakerheads worldwide into a frenzy. Thus marking his 4th ever collaboration on an Air Jordan.

These sneakers feature a special pocket on the side of the collars, a unique quirk that although appears gimmicky, can be useful for storing extra laces, among other things.

The average selling price on reseller’s websites is a decent $630 per pair! That’s an average gross profit of $380. The Travis Scott x Air Jordan 6 British Khaki will likely have a very similar resale value.

Initially revealed on Travis Scott himself, recent images reveal that the construction of these sneakers features a light brown suede which is usually leather on most models.

While “British Khaki” suede covers most of the uppers, a darker brown hue covers the throats and subtly distinguishes itself with bright crimson Jump-Man logos.

Side pockets make a return at the lateral sides of the collars while perforations also cover the side panels.

You can grab a pair of these AJ6s at select retailers and Nike.com on April 29th in full family sizing. The retail price per pair is set at $250 for adult sizes.

To buy them sooner for resale prices, visit StockX.

It doesn’t take an expert to predict that these sneakers will likely sell out instantly. And I mean all sizes! If you want a good shot at copping up to multiple pairs, join our exclusive Winner’s Circle!

Using my estimated resell value, expect gross profits of around $400 per pair. Thus according to our Hype Meter, I give these sneakers a “Hype”!

Where to Buy: (Retail) Nike.com