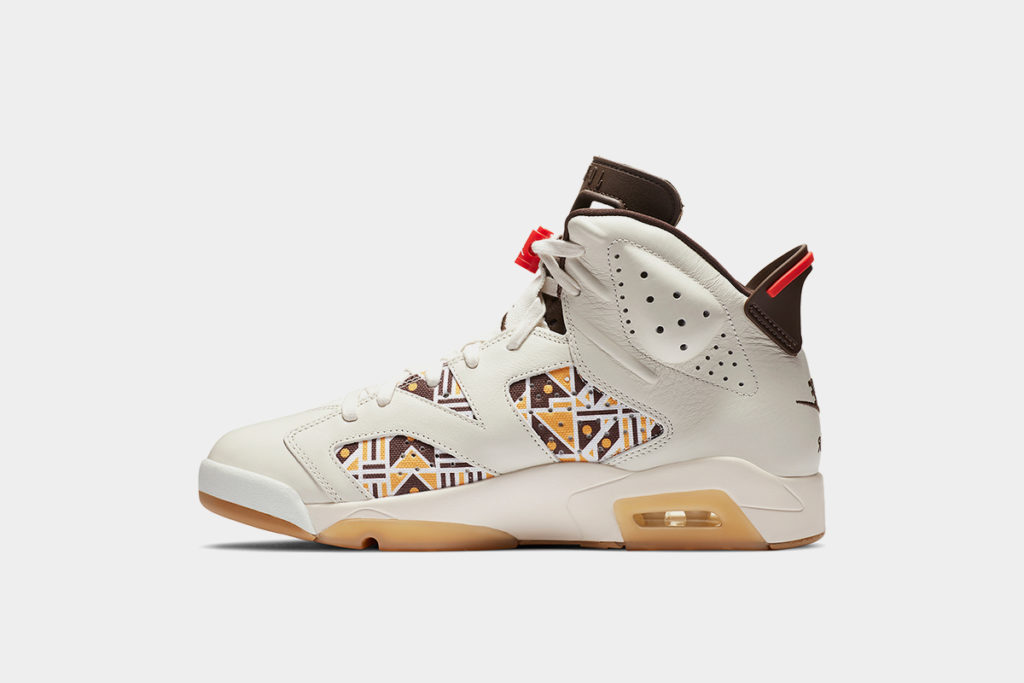 In celebration of the Quai 54 tournament, Air Jordan is once again releasing a sneaker for the popular street ball event. The Air Jordan 6 Quai 54 release date is August 8 for $200. Keep reading for everything you need to know about it!

The 2020 Sneaker Resell Market is as strong as ever with lucrative new drops all year round. To make the most of it, you’ll need the right guidance and knowledge. In other words, you’ll need a re-selling education.

Our blog provides just that with release and resale guides on the hottest new releases. You’ll know about all the sneakers worth copping and never waste a dime on unprofitable clout chasing.

Sign up to our news-letter below to never miss out!

The Quai 54 tournament sees releases of various Jordan sneakers, this time being the Air Jordan 6 Quai 54. They’re often quite limited with interesting design and color choices that really hype up the sneaker.

Before we get into the details, let’s get into a bit of background.

If you’ve read my previous posts you’d know how special the Air Jordan 6 is, especially to Michael Jordan. He wore them while playing for his first championship, also winning a championship while wearing them.

They were designed by the great Tinker Hatfield who molded the Air Jordan 6 to be Perfect for MJ. Michael Jordan wanted a cleaner toe and something that would be easier to wear.

Thus, Hatfield designed it in a way to have a reinforced toe, making it one of a kind at the time. He also adjusted the design to be easier to slip on and get out of. He called this new mechanic a “spoiler”, which had extra holes on the tongue and a loop at the rear.

Quai 54/What Exactly Is It?

For those that don’t know much about street ball. This is the most respectable street ball tournament on the planet which takes place under the Eiffel Tower every year at the end of June.

Not only is it just a spectacular sight but the energy felt throughout the event is a sight to behold on its own. All the credit for which goes to Hammadoun Sidibe and Thibaut de Longeville

Hammadoun in an interview said that he came up with the idea for the tournament after years of being a hardcore Basketball fan. After visiting New York to watch a few games, he realized that there were just as good players in Paris as well.

Then in 2003, after witnessing the brand new court in Levallois, he came up with the idea of the tournament. He asked all his friends to pitch in, even Nike provided some Jerseys. That’s when it began.

The first tournament happened pretty organically with over 1,500 people in attendance.

During 2003, Jordan brand contacted the duo for a partnership. This was Jordan brand’s first partnership with any street ball event and boy, did it pay dividends.

The French basketball fans now feel loyalty to the brand for taking local basketball to the next level. The latest event however is unfortunately postponed due to the COVID-19 outbreak.

In celebration of the event, Jordan brand now releases various Quai 54 themed sneakers such as the Air Jordan 6 Quai 54. A lot of them limited and profitable.

To estimate the resale value of the Air Jordan 6 Quai 54, let’s look at a few similar sneakers.

This Air Jordan 1 collaboration dropped back in 2017 and it was petty hyped. It comes in an almost entirely black leather upper with color deviation on each shoe.

Red hits provide contrast on one sneaker while Italy Blue hits on the other. Moreover, it comes with black Air Jordan branding, a black swoosh, black laces and a black mid-sole. A red/blue out-sole finishes off the design.

On StockX, their doing pretty well if you look at it as a re-seller. The trade range is between $289-$377 with the average price being $253. That’s an average profit before tax and service fee of over $90.

Had you sold these at peak resale, gross profit would be around $216. Over all, it’s a good investment, especially if you copped multiple pairs.

This Air Jordan was pretty limited and had a good amount of hype surrounding it. It comes in a refreshing summer-friendly color tone, sporting a striking white upper and bright green hits on the tongue and out-sole.

Resale for these have been insane lately. According to StockX, trade range is between $585-$866 with the average price being $468. That’s an average profit of $318 per pair!

Peak resale has also risen to around $790 which is over $750 in pure profits.

This colorway is perhaps most similar to the Air Jordan 6 Quai 54 with its light bone upper. The golden however, is a nice touch which gives it luxurious vibe.

The resale has shown a decline after 2018 however, it still remains profitable, just not by much. The average price is $221 which you’re barely left with after tax and service fees. Peak gross profit however, is decent at around $169.

This sneaker drops along with another Nike release known as the Nike Dunk High Team Crimson in a similar colorway.

The Air Jordan 6 Quai 54 features a sail leather upper mixed with patterned overlay on the lateral sides as well as the in-soles. The pattern consists of an array of darker toned colors such as a dark orange, baroque brown and white.

The mid-sole comes a sail color that blends in with the rest while a gum rubber out-sole finishes off the design. The graphics on the sole provide an intriguing touch.

Finally, the Air Jordan logo can be found on the left heel while Quai 54 is embroided on the left. Take a closer look with these official images by Nike.

As every Jordan Quai 54 release, these are expected to be quite limited. A lot of people want to get their hands on these so I expect they’ll sell quite well on the secondary market.

To get your money back, after applying a standard US tax rate and service fee, you’ll need to sell them for at least $240 on StockX. Even then you’ll be left with profits of over $60 per pair which is decent.

As you can see, bids are gradually rising even just a few days before release date. That’s a good indication that the Air Jordan 6 Quai 54 may be a good investment.

The Air Jordan 6 Quai 54 was set to release to commemorate the Quai 54 tournament. Unfortunately, it had to be postponed along with the sneaker which will now drop on the 8th of August at select retailers and Nike.com.

You can get them today at re-seller websites such as StockX and GOAT.

Where to Cop: (Retail) Nike.com

For more updates and info on hot new release, follow us on twitter and Instagram. Our Winner’s Circle has all the latest information available to help members stay ahead of the curve.

For new re-sellers that just can catch a break. The Hypemaster Playbook is all you need to get you started on your road to success with a 300-page guide book full of invaluable information.