Today, we go through all of the rumors and confirmed releases for Nike SNKRS Day 2021 including resale estimates for them.

Nike’s proprietary app turns 4 this August and alongside it, gifts fans with multiple restocks and a few brand-new releases. Mark your calendars for August 8th to celebrate Nike SNKRS Day 2021 with a plethora of planned and rumored releases!

Stay tuned for all the details!

Get into the sneaker reselling game and potentially earn a living with thousands in monthly profits! All you need is the right knowledge and guidance that our Hypemaster Playbook can provide. This Highly Reviewed Guidebook will build the foundation for your entire reselling journey.

Like most months so far in 2021, July has been chock-full of extremely lucrative sneakers and August is shaping up to be just as, if not more profitable. Check out what August has in store in terms of hyped sneakers!

Before we take a detailed look at what’s to come, let me walk you through a quick history lesson!

Nike SNKRS Day is a fairly recent celebration, however, it’s definitely worth marking your calendars over as Nike re-releases almost everything hot the previous year. Meaning on August 8th, fans will be receiving some very hyped (and lucrative) Nike sneakers.

4 years ago, Nike revealed their brand-new app which would go on to simplify buying a new pair of hyped shoes.

Although many of us aren’t too fond of this app, this app implemented the raffle system, which is considered a necessity.

Prior to this innovative app, sneakerheads would line up before releases that often turned violent, leading to casualties.

These incidents are what caused sneaker manufacturers and stores to set up raffles. The Nike SNKRS raffles, in particular, lets you wait about 30 minutes after signing up, then let you know whether you “Got ‘Em” or not.

This SNKRS Day, fans are being treated to an array of Hyped sneakers and although nothing is confirmed, insiders have hinted at a few very special re-stocks.

While it’s well established that Nike employees are loyal and usually keep things under a tight lid, leaks will always present themselves and are seldom inaccurate. Especially when the rumors are from reputable sources like Stashed SNKRS.

Let’s go over a few of them!

To catch similar sneakers such as this, join our Winner’s Circle and stayed tuned by signing up below.

While this one may be a stretch, rumors have surfaced that the Off-White Air Jordan 4 Sail will make a return!

The average selling price of these sneakers is over a thousand dollars over retail so if they really are dropping, be prepared just in case!

Comprising of a sail textile upper with translucent hits, the Air Jordan 5 pays homage to the first Air Jordan Virgil Abloh ever owned.

On StockX, the average selling price of these shoes is hovering around $600, yielding gross profits of almost $450 per pair or more. However, its value will likely fall depending on how large the restock is.

Following 2019’s Air Jordan 6, Travis Scott and Jordan Brand teamed up yet again to collaborate on the silhouette for a second time.

British Khaki dominates the upper with sail and bright crimson hits peppered throughout.

While this sneaker may not be everyone’s cup of tea, they’re extremely profitable at an average resale price of $540.

Try your luck again on August 8th for another chance at copping this sought-after shoe.

Inspired by Michael Jordan’s alma mater, the Air Jordan 4 University Blue dropped in April as one of the month’s most sought-after sneakers. Even amongst collaborative giants such as the Travis Scott Air Jordan 6.

You can most likely expect these to drop again this April 8th. However, if you’re currently holding onto a few pairs, I’d sell them now if I were you. 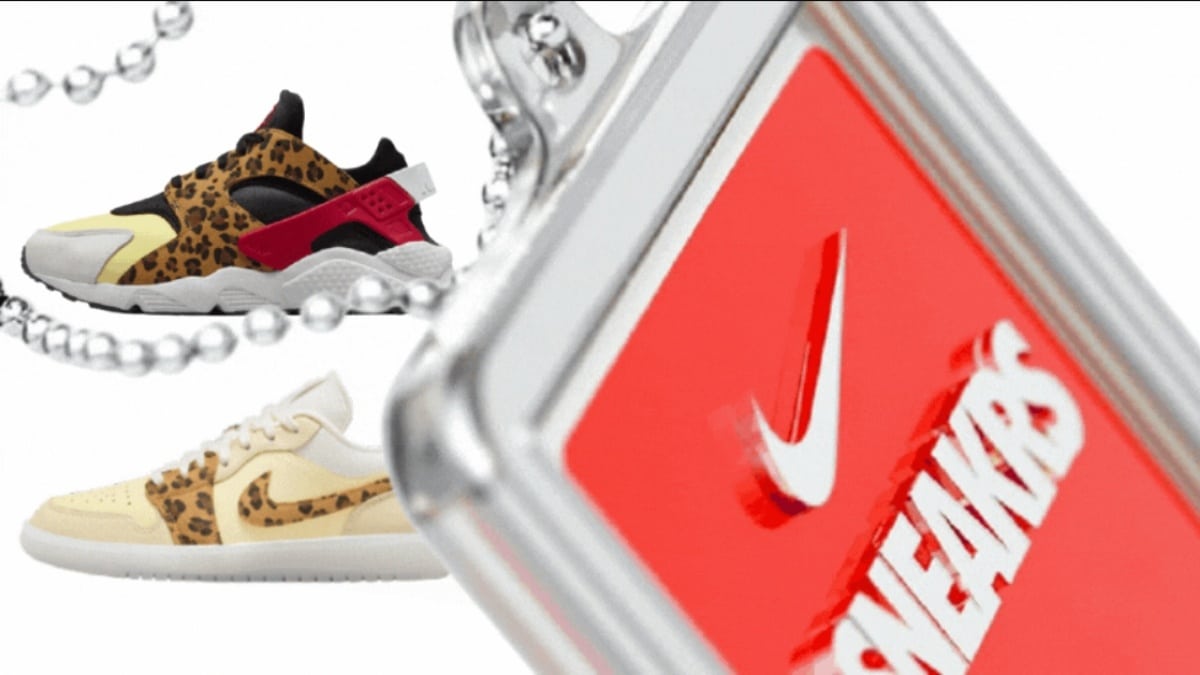 Restocked aren’t the only heat to look forward to this SNKRS Day, Nike’s also set to release 2 brand-new leopard-inspired models:

Sail hues cover the uppers with slightly deviating materials on the scuff-guards. The highlights of these sneakers are the forefoot eye stays and the Swooshes that indulge in a leopard-patterned design.

While probably nothing too crazy, I do expect these sneakers to be profitable with a resale price of close to $200.

Also featuring a similar upper, the Nike Air Huarache SNKRS Day dons suede leopard patterns on its eye stays and side panels for a unique look.

While these likely won’t make you a lot of money compared to the heat that’s also dropping, expect small profits of around $30.

There are plenty of sneakers to look forward to that you more than likely may have missed out on along with a couple of brand-new drops as well. All-in-all, it seems like a good year for Nike SNKRS!

The Best Sneakers To Resell in February 2023