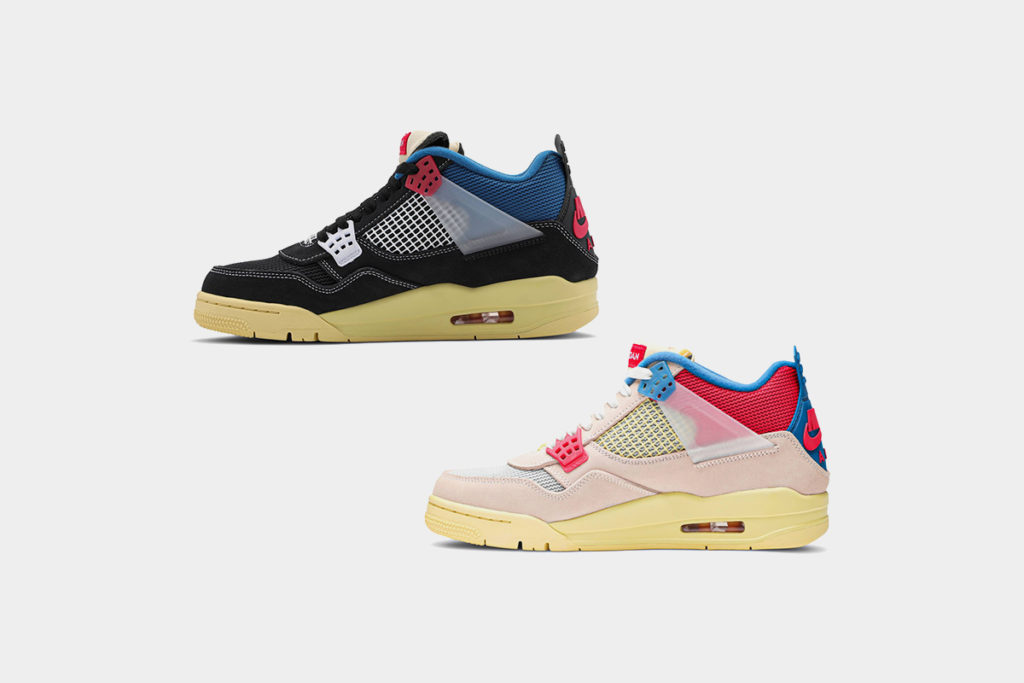 If you haven’t been living under the rock this month, then you know that the LA streetwear brand Union is taking a spin on the iconic Air Jordan 4. Union x Air Jordan 4 will be releasing in two colorways: Guava Ice and Off-noir on the 29th of August, 2020.

*UPDATE* – The Off-Noir is now set to restock 16th of October and is recommended to hold as they will most likely rise in value over time.

Now if you’re new to our website, then, first of all, ask yourself “why did I take this long?” and after you’re done pondering for an answer, why don’t you check out the reviews of our Hypemaster Playbook right here.

The Hypemaster Playbook is your source of entry into the sneaker resale world and it teaches you how to be a mega player in this big bad sneaker market.

Union is no stranger to the Air Jordan silhouettes. Back in 2018, Union and Jordan joined hands to release the Jordan 1 Retro High Union Los Angeles Black Toe. The sneaker retailed for around $190 and since then it has had an average resale value of $1411 with the peak resale around $2600. 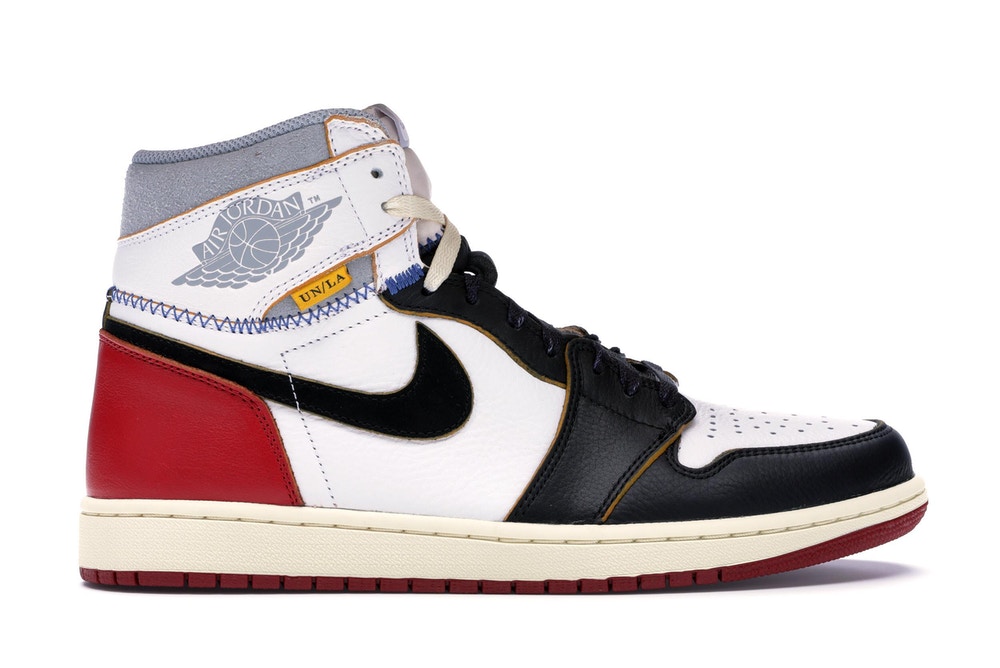 But who or what even is Union? Let’s find out, shall we?

Feel free to skip to the end of the article to read a summarized version and find out the resale value of the Union x Air Jordan 4.

The Union store opened its doors in New York, back in 1989, by Mary Ann Fusco and James Jebbia. The pair would be destined to found Supreme six years down the road.

In 1991, Union Los Angeles opened up and as fate would have it Gibbs got a job at Union New York around the mid-’90s. Gibbs built up capital from folding T-shirts at the Gibbs New York and then bought out the Union LA store from the owner – Eddie Cruz.

Gibbs had a different vision for the Union LA store – he wanted to introduce Japanese novel streetwear brands such as Bape, Visvim, WRAPS, and Neighborhood.

As fate would have it, in 2009, the Union NY store closed and only Union LA remained. Union LA acts as a streetwear boutique offering a range of streetwear brands and only recently has the company introduced its own line of clothing as well. 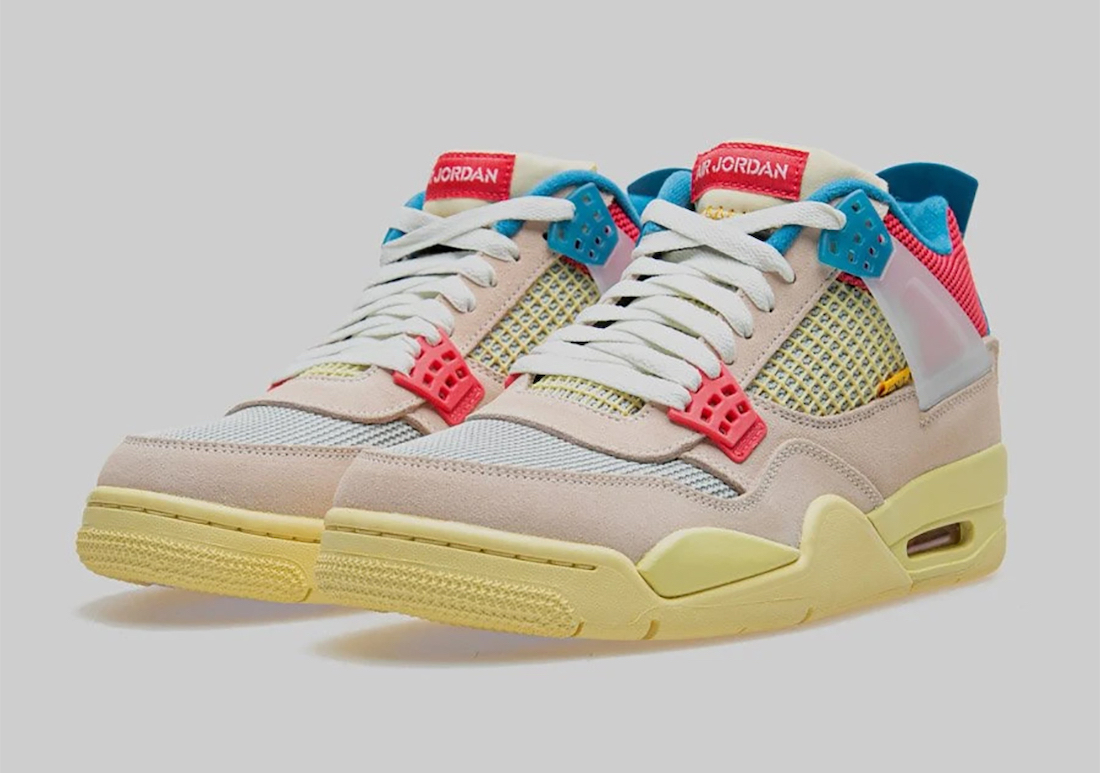 This Air Jordan 4 collaboration has probably had the most polarized views on social media. People either hate it or love it. When the first images leaked, the trolling was endless, and I was highly skeptical of the sneakers myself.

But since then, the Air Jordan 4 Guava Ice has grown on me and on the wider sneaker community as well. The colorway has been interesting, to say the least, but somehow, it just works. The pinkish hue coupled with the boney-white midsole leaves an impression on you.

The Air Jordan 4 Guava Ice will be a Union LA exclusive and will retail for a price of $250. Now that’s a premium price for (hopefully) a premium sneaker. 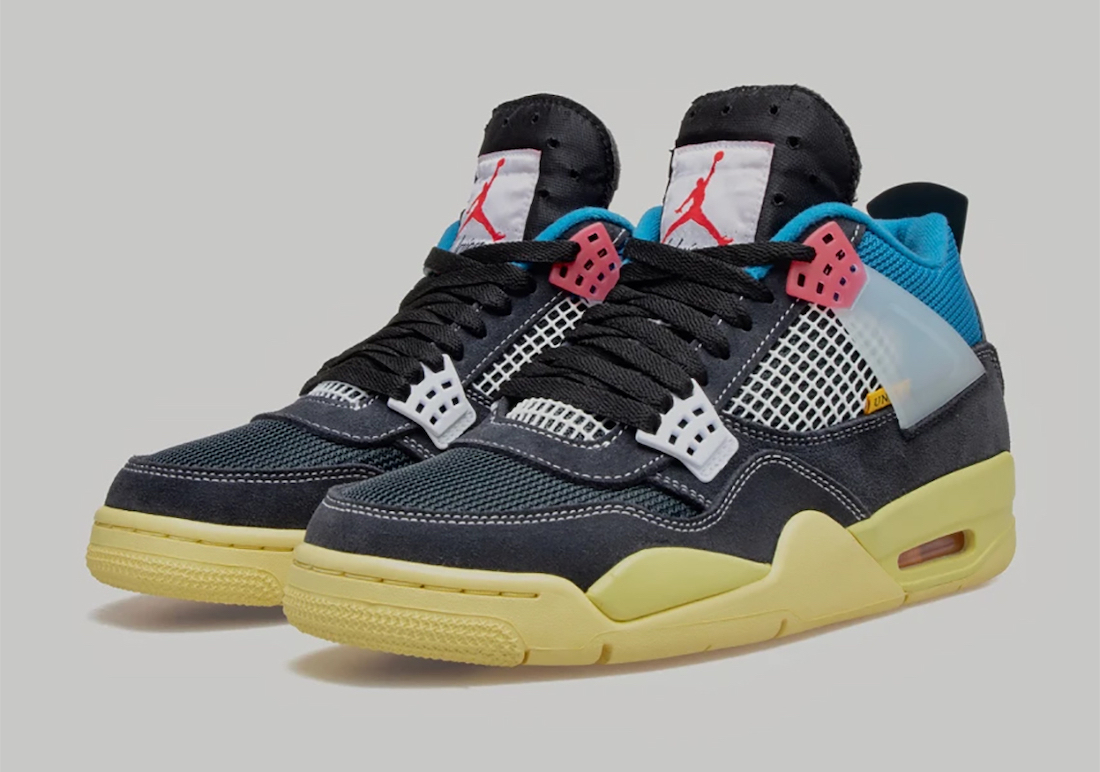 The Air Jordan 4 Union LA Off Noir takes a different direction than the Guava Ice in (obviously) terms of colors. The upper features a black, white, and blue mesh, suede, and nylon components.

This Air Jordan 4 Union LA colorway is probably the most popular one with the buyers as it provides a “safe” colorway that people expect to fly off the shelves.

The Union x Air Jordan 4 “Off-Noir” is expected for a wider release for a retail price of $250.

The two colorways: Guava Ice and Off-Noir are neck-to-neck in terms of resale price. Both the Air Jordan 4 colorways are fetching an average resale value of $1900 on StockX. The Off-Noir pair is a wider release and therefore will be easier to get a hold of but that doesn’t mean that it will have a lower resale value. In fact, our estimates show that they’re more popular because of their more “easy on the eye” colorway. 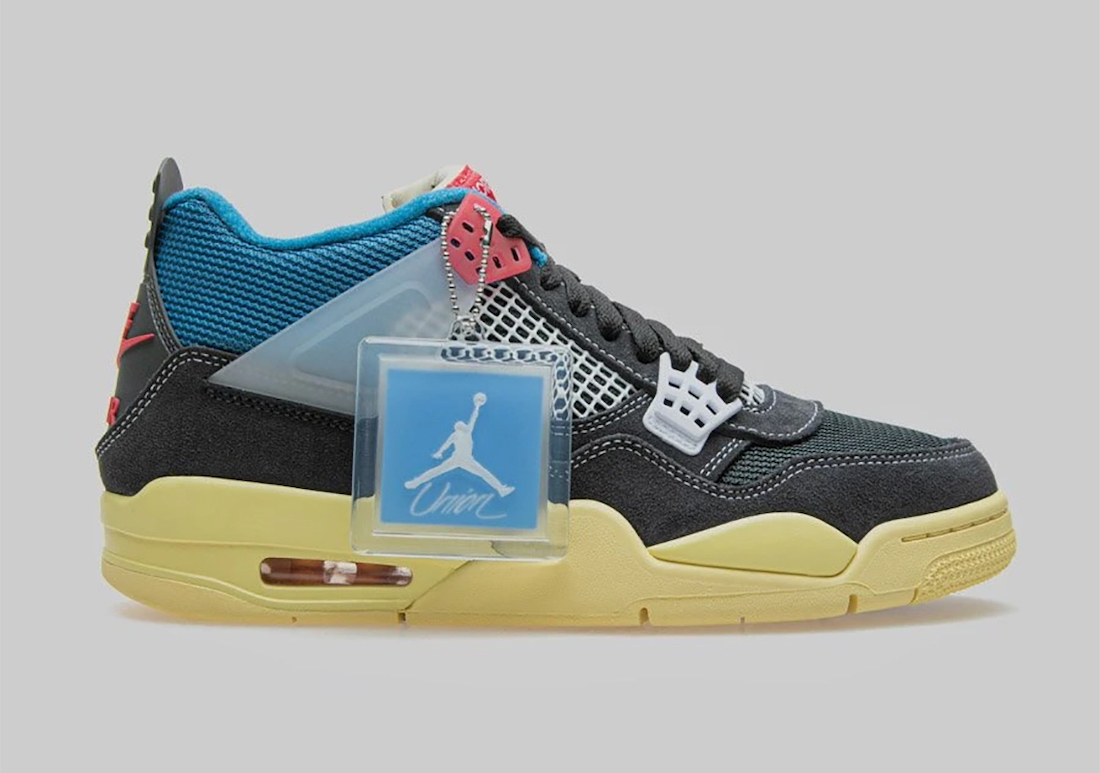 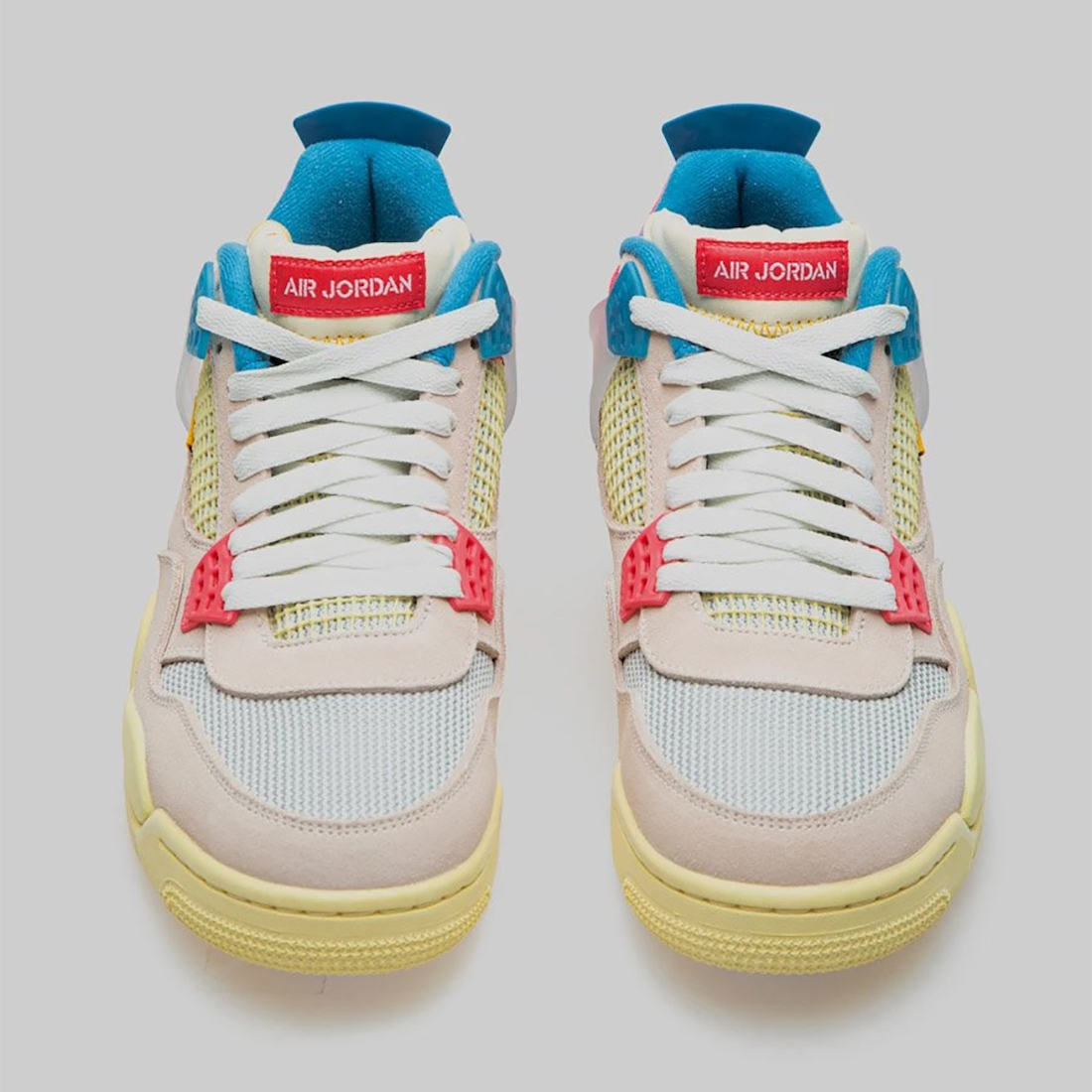 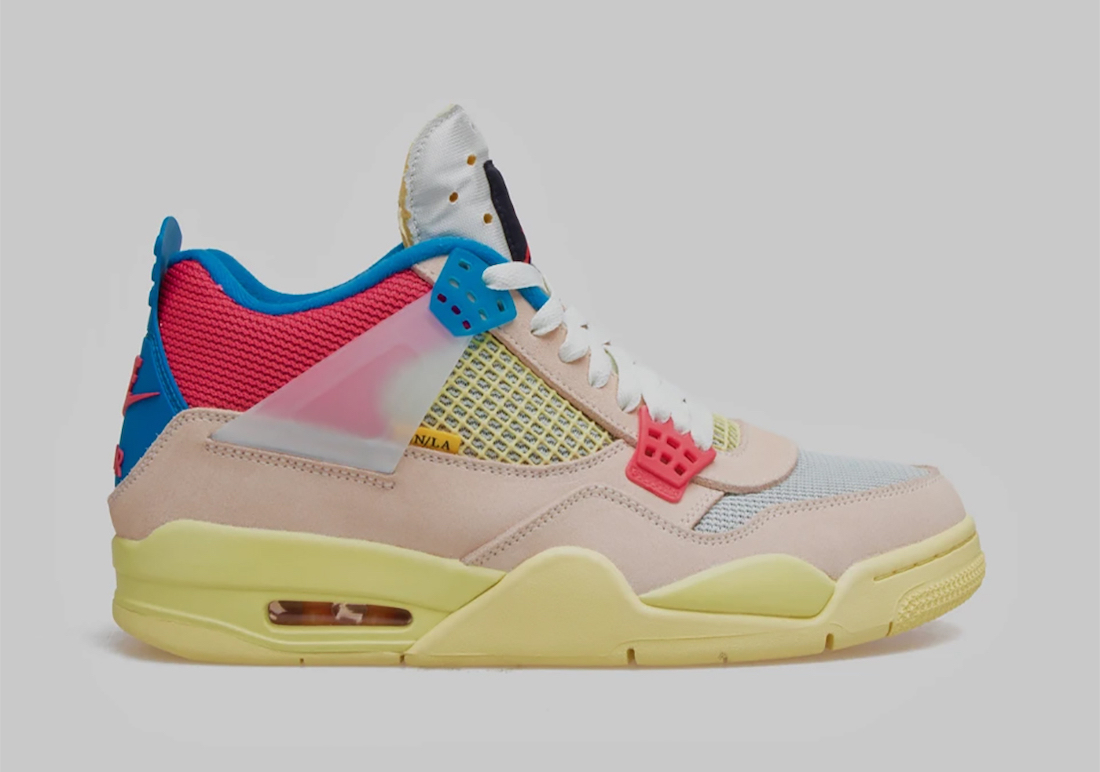 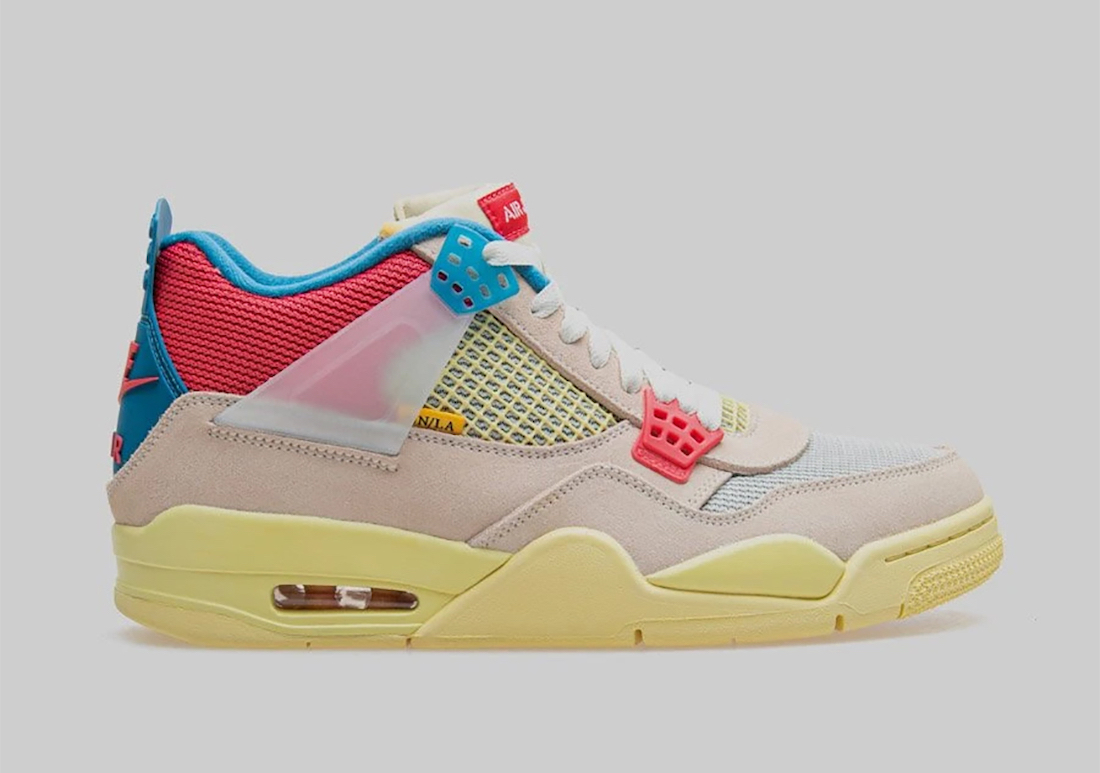