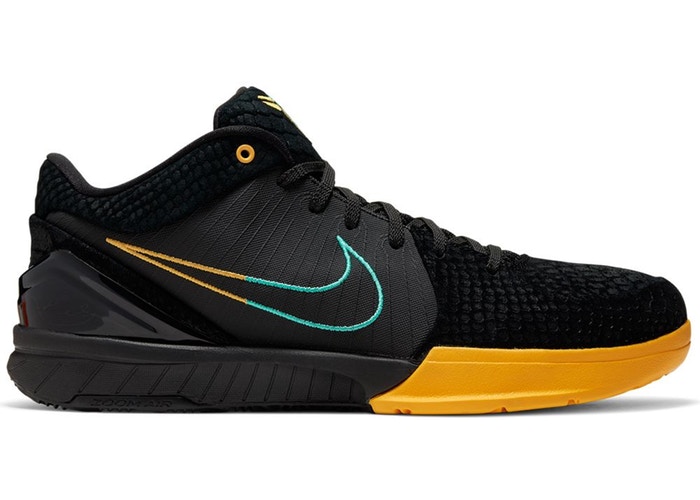 Nike basketball has a dream team of their own when it comes to their signed superstar athletes, and the legendary Kobe Bryant headlines their new colorway with the Nike Kobe 4 Protros Snake (Fade to Black) this weekend.

Nike and Bryant have been consistent with their various Kobe 4s this year, such as Draft Day, Carpe Diem, Del Sol, and their collaboration with Undefeated—most of which have been opportunities for the avid sneakerhead reseller to make a profit. 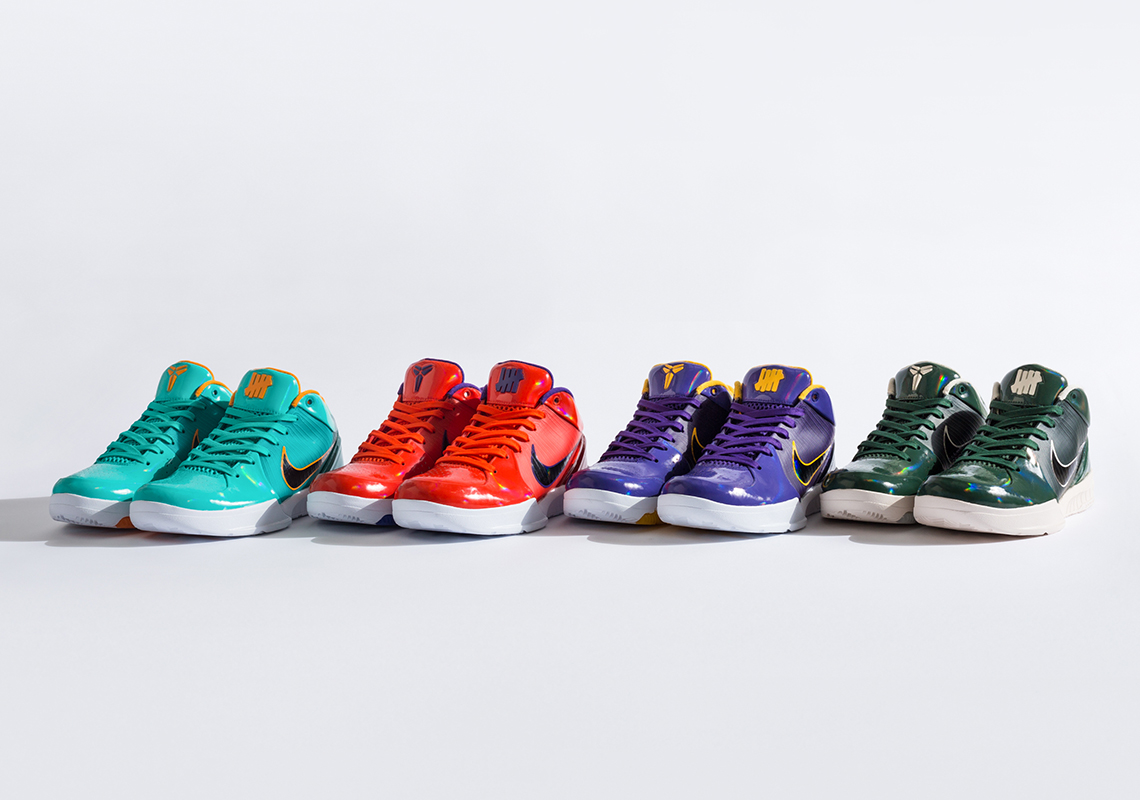 With the Golden State Warriors finally on the outside looking in, Kobe’s Lakers have a chance at taking the title, however, the chances of the Nike Kobe 4 Protros FTB shoes reselling is without a doubt.

Paying homage to his nickname, The Black Mamba, the shoe captures a snakeskin texture overlay with the classic Kobe Logo on a black sleek tongue. 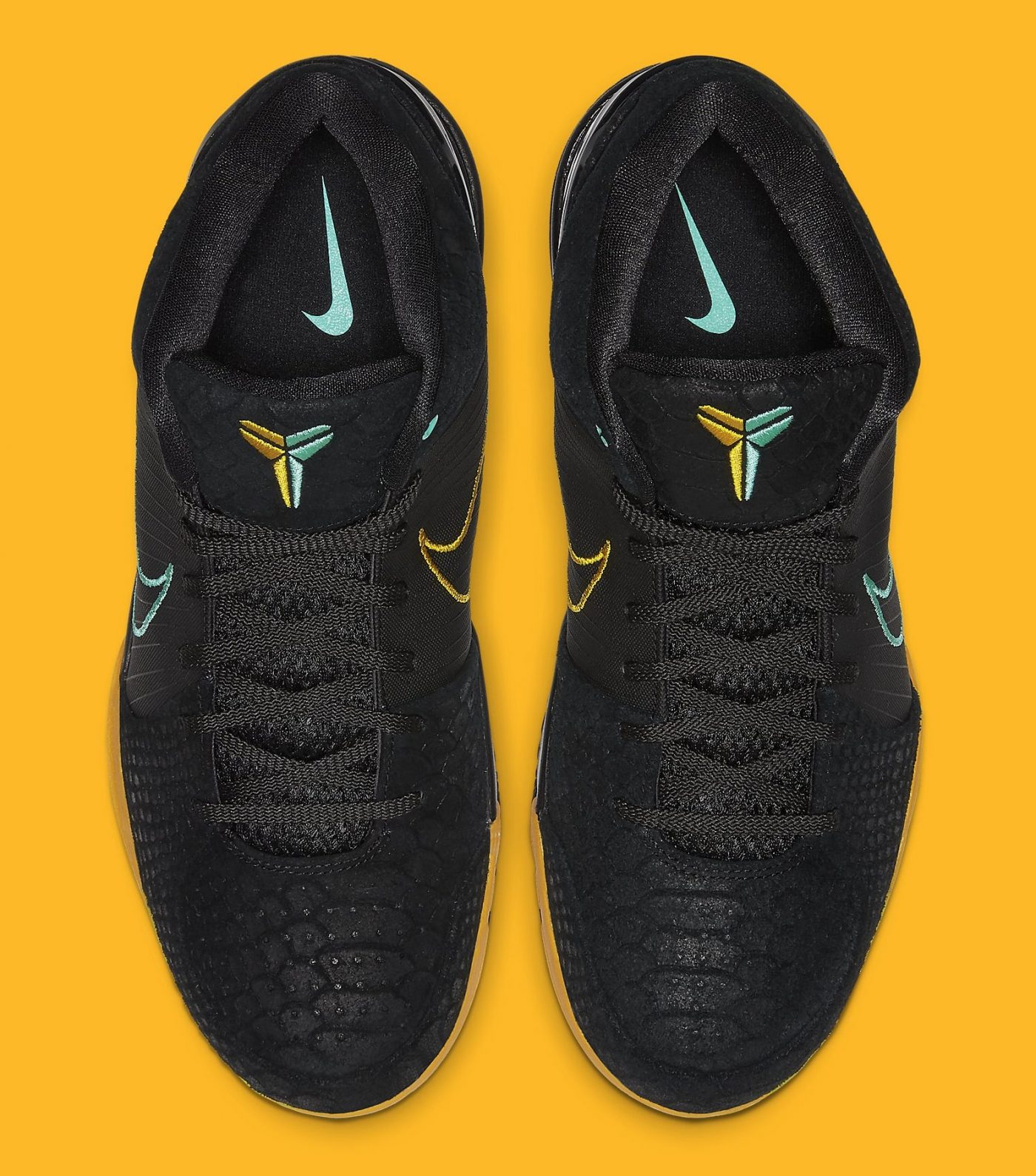 With the release date so close, there are a few retail stores that are certainly selling the Nike Kobe 4 Protros FTB. For more releases like these, remember to sign up to our email list and receive a free preview of the Hypemaster Playbook.

Nike SNKR – Download the Nike SNKR app to have a chance at grabbing this pair right at 10am ET.

Footlocker— The popular sneaker retail store will have the Kobes in stock at 10am ET.

Eastbay—Your other chance of copping a pair will come at 10am ET as well.

Dick’s– Presumably dropping at 10am ET.

While this may not be on the level of Travis Scotts or Off-Whites, you can still make good money reselling these shoes. How much money? Let’s make educated speculations based on its market value, and how similar colorways have performed in the past. 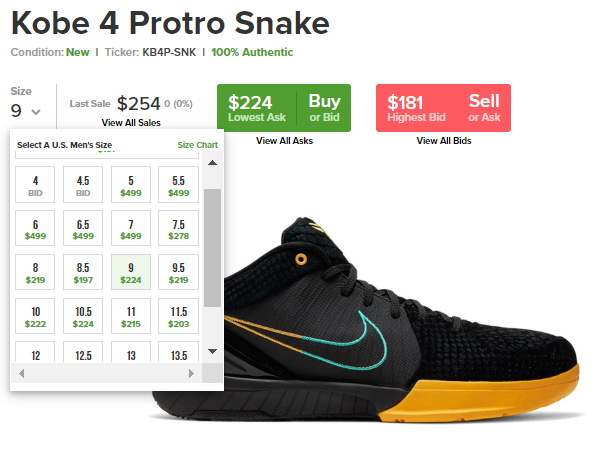 For size 9, a desired “money size”, the last price sold was $254. Albeit some seller fees, however, if you sell this outside of a seller platform for straight cash, you can profit almost $100 a shoe!

While that isn’t an abundant amount of money, you are not limited to reselling just one shoe, so make sure you grab as many as you can. 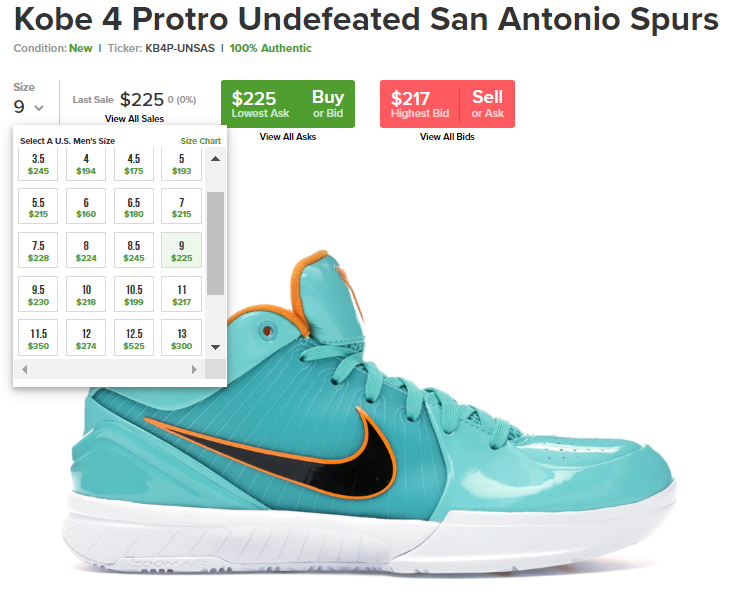 Just to reiterate, the Kobe 4 Protros line generally does not project to resale as well as most resale-worthy sneakers that we inform about. However, serving this example of the Kobe 4 Protros collaboration with Undefeated proves that resale does exist and the opportunity is there.

The Kobe 4 Protros Undefeated peaked at almost $400 just before release to floating at the $225 price point at present-day—verifying its profit. 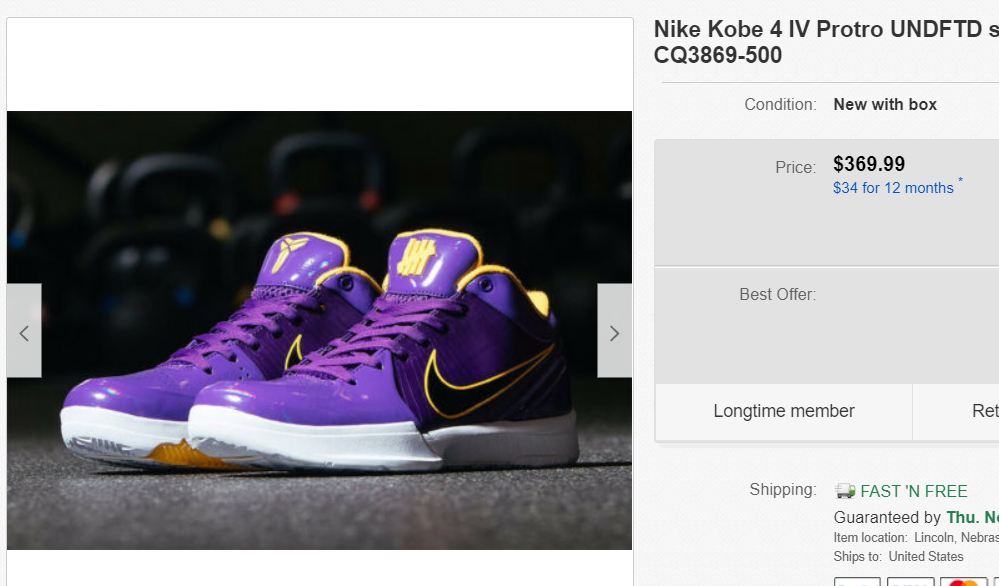 Another popular buying and selling platform, ever-popular eBay, can allow you another avenue to maximize your profit. The classic purple and gold sneaker edition from the Kobe Protros 4 family, the Purple Undefeated LA Lakers, can be seen being sold at high resale prices.

Don’t limit yourself to just Stockx or Goat 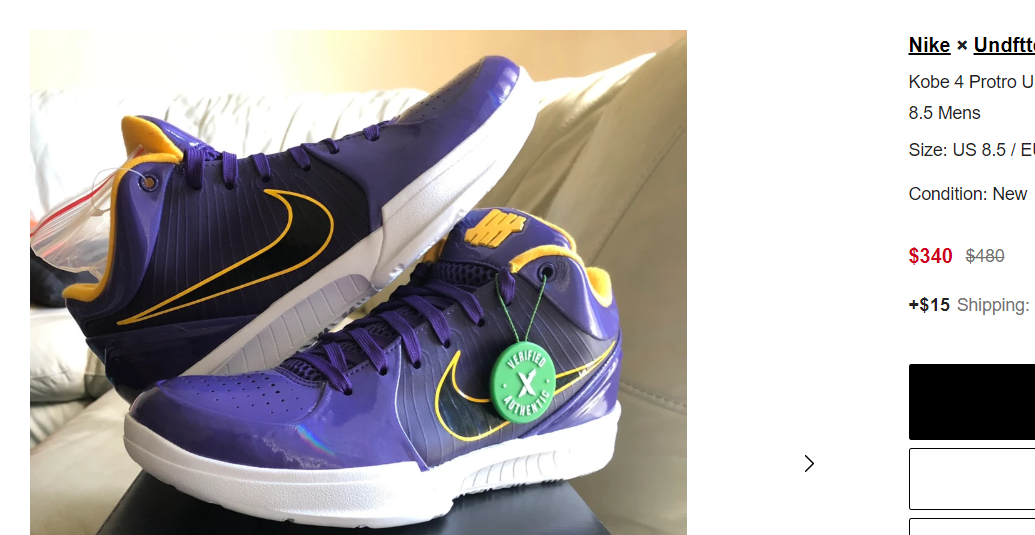 Head on over to another excellent sneaker exchange platform, Grailed, and you will see the same Kobe 4 Protros Undefeated LA Lakers with an asking price north of $300.

Have I convinced you yet?

If you want more ideas on various places to sell your sneakers for maximum profit prices, make sure to sign up and learn how people are making money reselling sneakers with the help of our Hypemaster Playbook.

The Kobe IV sneaker line is one of the Los Angeles Lakers legend’s marquee shoes. Daring history’s trajectory in basketball sneakers to shift by being the lightest basketball sneaker ever created, encompassed by flywire technology.

Kobe officially signed with Nike in 2003, only to make his first signature shoe release with the Nike Swoosh two years later in 2005—the Zoom Kobe 1. While it was a milestone in his sneaker line, he took a blow to his basketball legacy that same year losing to the Suns in the playoffs.

The year 2006 was the year designer Eric Avar became an asset to Nike and Kobe’s sneaker team. Kobe desired a shoe made for performance and excelled in its construction. Enter the Nike Zoom Kobe 2, which set the foundation for a shoe that was elite in versatility.

The Kobe 3 released in 2007-08 also with the assist of Eric Avar, encompassing a one-piece mesh upper, Zoom Air cushioning, and fit like a glove.

It was mandatory that I introduced the first three of Nike’s most prolific signed athlete’s line, so the Kobe 4s could really be appreciated. The Zoom Kobe 4 first made its way into sneaker stardom in 2008, and the first Kobe sneaker to feature a low top silhouette. It was a daring move from the Nike-Kobe team, and thoroughly paid off.

It was much more than just a fashion statement—it dismissed the myth that a low-top basketball sneaker would lead to injury. NBA stars like Chris Paul, Damian Lillard, and Paul George followed suit, wearing the sneaker that was constructed to maximize their quickness and motion on the court.

November 2nd will feature a variety of shoes that will be dropping that have their own respective resale. Make sure to check out the other two, Jordan 1 Fearless, and Fear of God Oatmeal. While you’re in the pursuit of acquiring these sneakers, make sure you check out our Instagram page and sign up to our email list for release updates!

Until next time, good luck to all of you tomorrow.