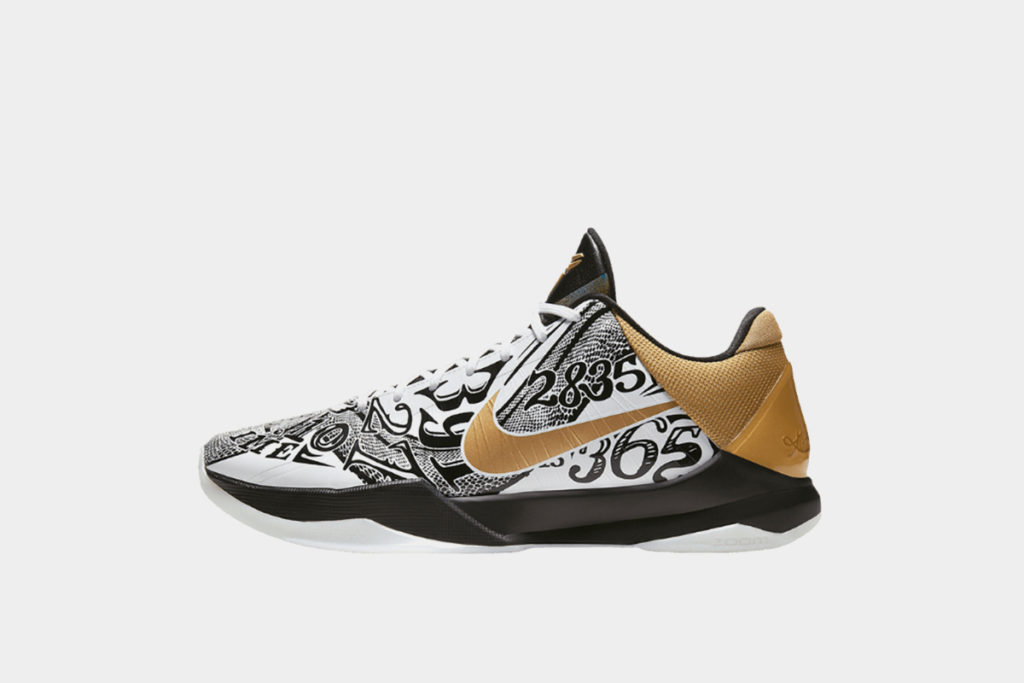 After months of delay, the Nike Kobe 5 Protro Big Stage Parade is finally hitting the streets on the 23rd of August for a price of $180. Nike, starting from August 23rd, will be commemorating the Mamba Week. During the Mamba Week, the sportswear brand will make a $1 million donation to the Mamba and Mambacita Sports Foundation, the continued support of the Mamba League, and special retail drops.

One of the pairs to drop during Mamba Week is, of course, the Kobe 5 Protro Big Stage Parade and also the long-awaited Kobe 5 Protro Lakers in the purple and gold upper. Fans have been on the edge of their seats hoping to get a glimpse of these sneakers and we finally have official details for them!

Feel free to skip to the Conclusion to read a condensed version of the entire article and find out the resale price of the Nike Kobe 5 Protro Big Stage Parade.

If you haven’t already, I recommend checking out our top picks for August 2020’s Best Sneaker to Resell. So far, August has been a fantastic month for sneaker resellers and with drops like the Kobe 5 – it just keeps getting bigger and bigger! 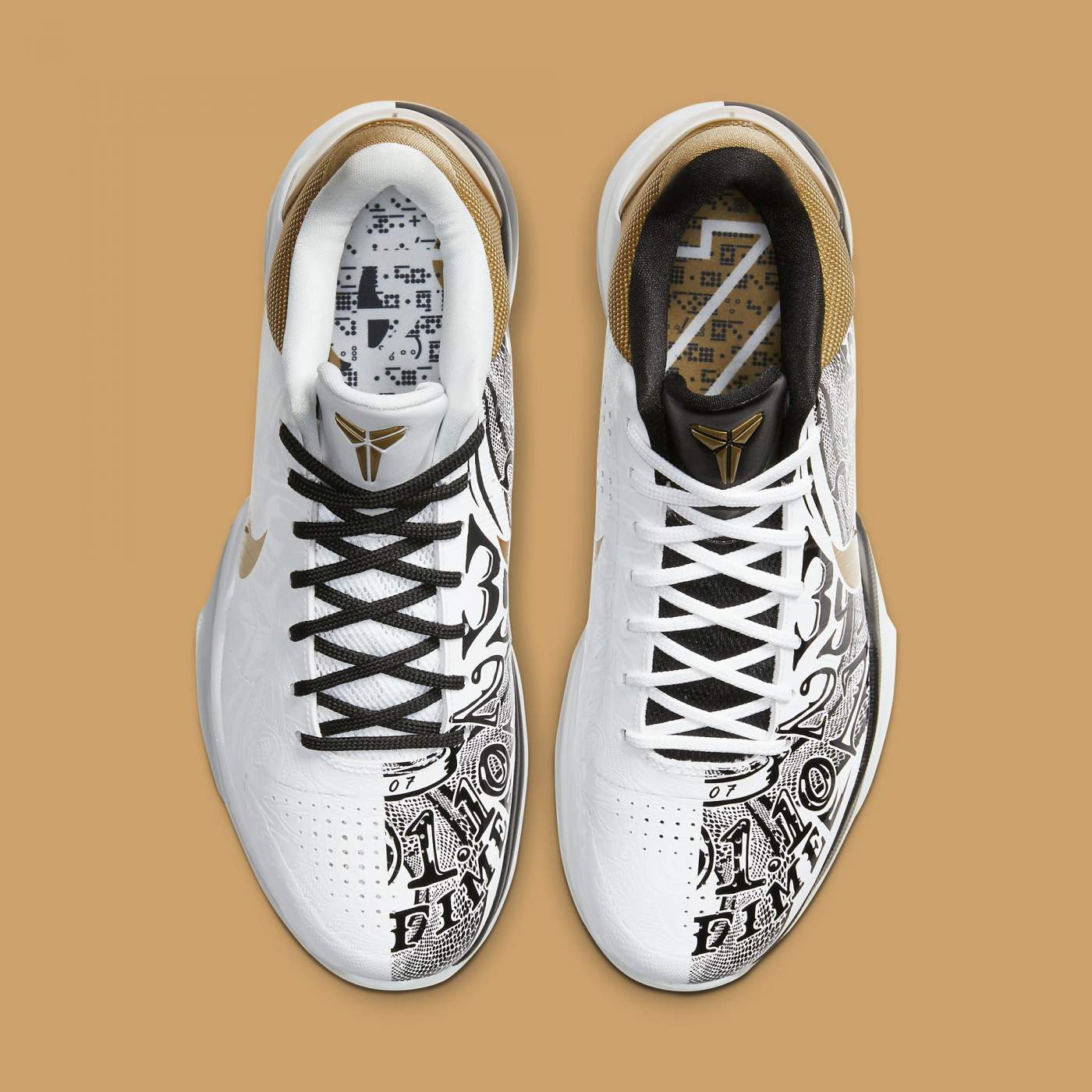 Bryant wore Nike Zoom Kobe 5 “Big Stage Home” and “Big Stage Away” en-route to his 5th championship title. Both the pairs have tattoos etched into it representing some of the most important stats of the Black Mamba’s career.

The stats include 25,207 total career points which he gathered together on February 1, 2010, allowing him to become the Lakers all-time leading top scorer. Along with this, the tattoos also include his average of 27 points per game.

What better way for Nike to pay their tribute than to release a pair which etches Kobe’s memory into history. The Kobe 5 Protro Big Stage Parade combines the aesthetics from both the Home and Away pairs. The Big Stage Home detailing is shown on the medial and the Away detailing is displayed on the lateral. Kobe’s signature is etched onto the back of the pairs, thus immortalizing him.

The Nike Kobe 5 Protro Big Stage Parade will be available on Nike’s SNKRS application on the 23rd of August.

The Kobe 5 Protro Big Stage Parade is releasing for $180 and this will get sold out in a blink of an eye! Just a quick look at StockX makes you understand the hype behind the sneaker.

Since the demise of the Black Mamba, back in January, the prices of the Kobe sneakers have been skyrocketing in the resale market. And the Big Stage Parade reached the resale price of up to $1400 back in February – when the sneaker hadn’t even been released yet.

However, since then, the time has passed and people have gotten better control over their emotions and prices have been stabilizing. These days we’re seeing the Kobe 5 Protro Big Stage Parade trading in the region of $600-$750.

According to our estimates, the resale price of the Nike Kobe 5 Protro Big Stage Parade will be in the regions of $650-$800. These are fantastic profit margins on a $180 sneaker i.e. if you’re able to get them at the retail price.

So there you have it sneakerheads, that is all for today to fulfill your appetite. This article is a personal tribute from myself to Kobe Bryant.

I’ve been watching him play since I was a kid and it was an honor to grow up synonymously with him. His struggle, mentality, and hard work is a symbol of motivation to us all.

Black Mamba made 8 and 24 a symbol of greatness. The numbers signify hard work and talent coupled with achievement.

It was heartwarming to see tributes from all over the world. Even in a state of disparity, we became united. This was the greatness of Kobe.

I hope you all enjoyed reading this and till next time. 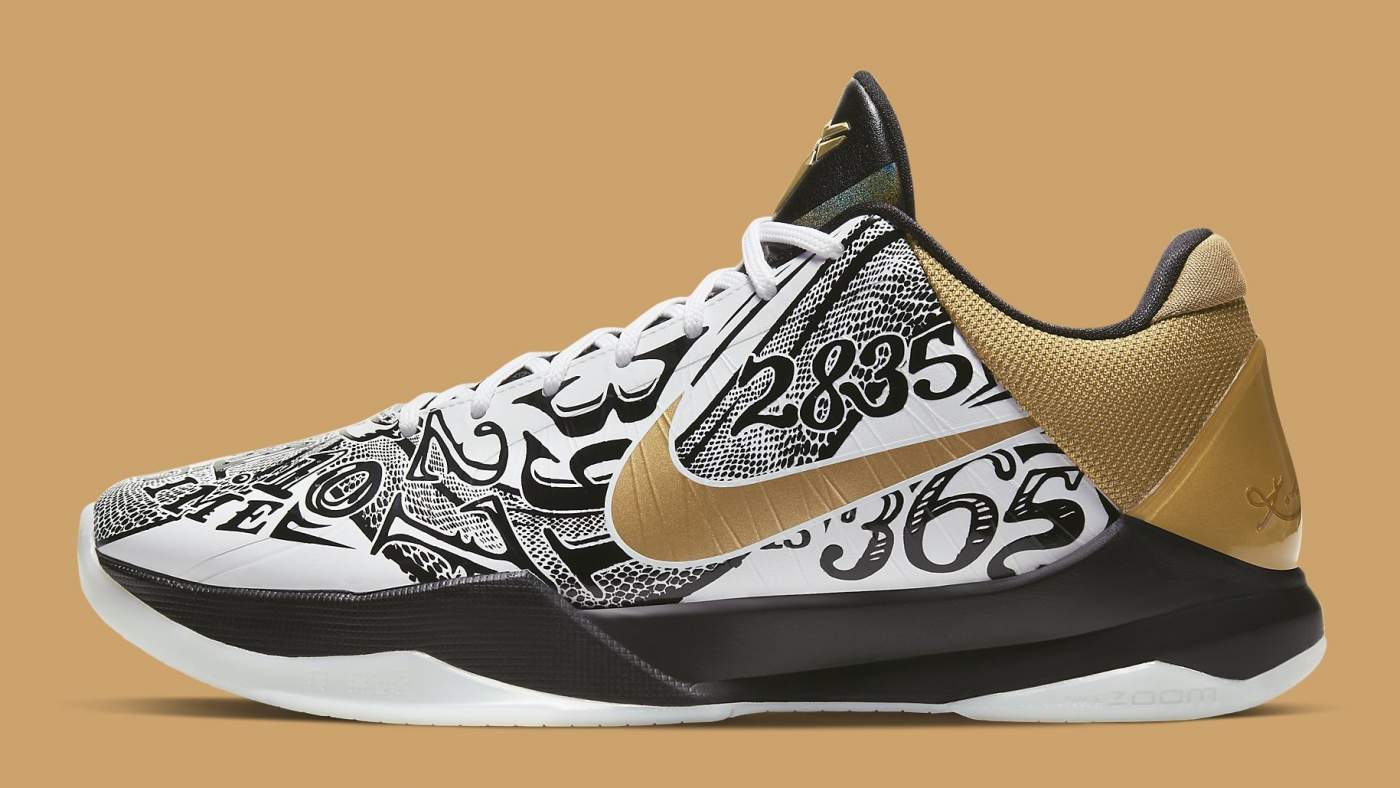 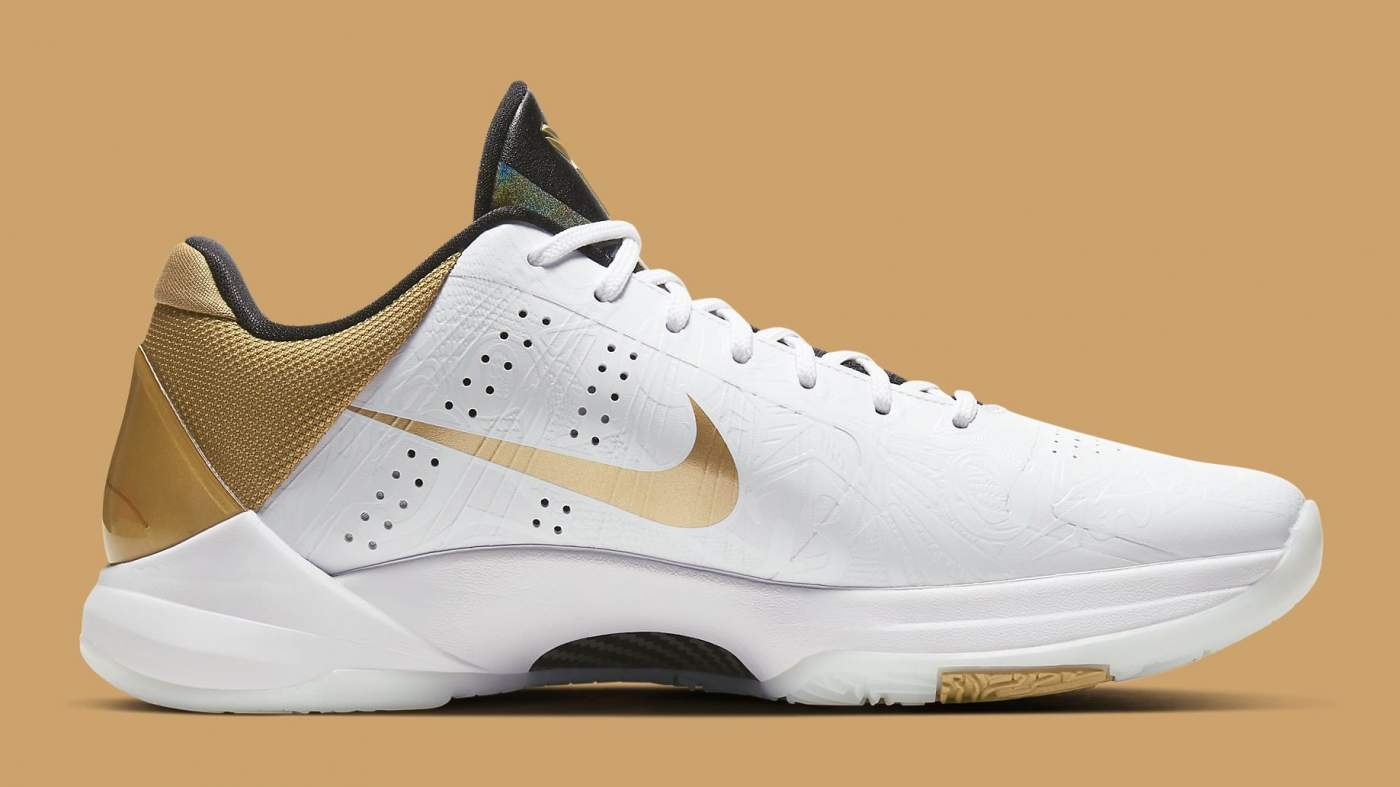 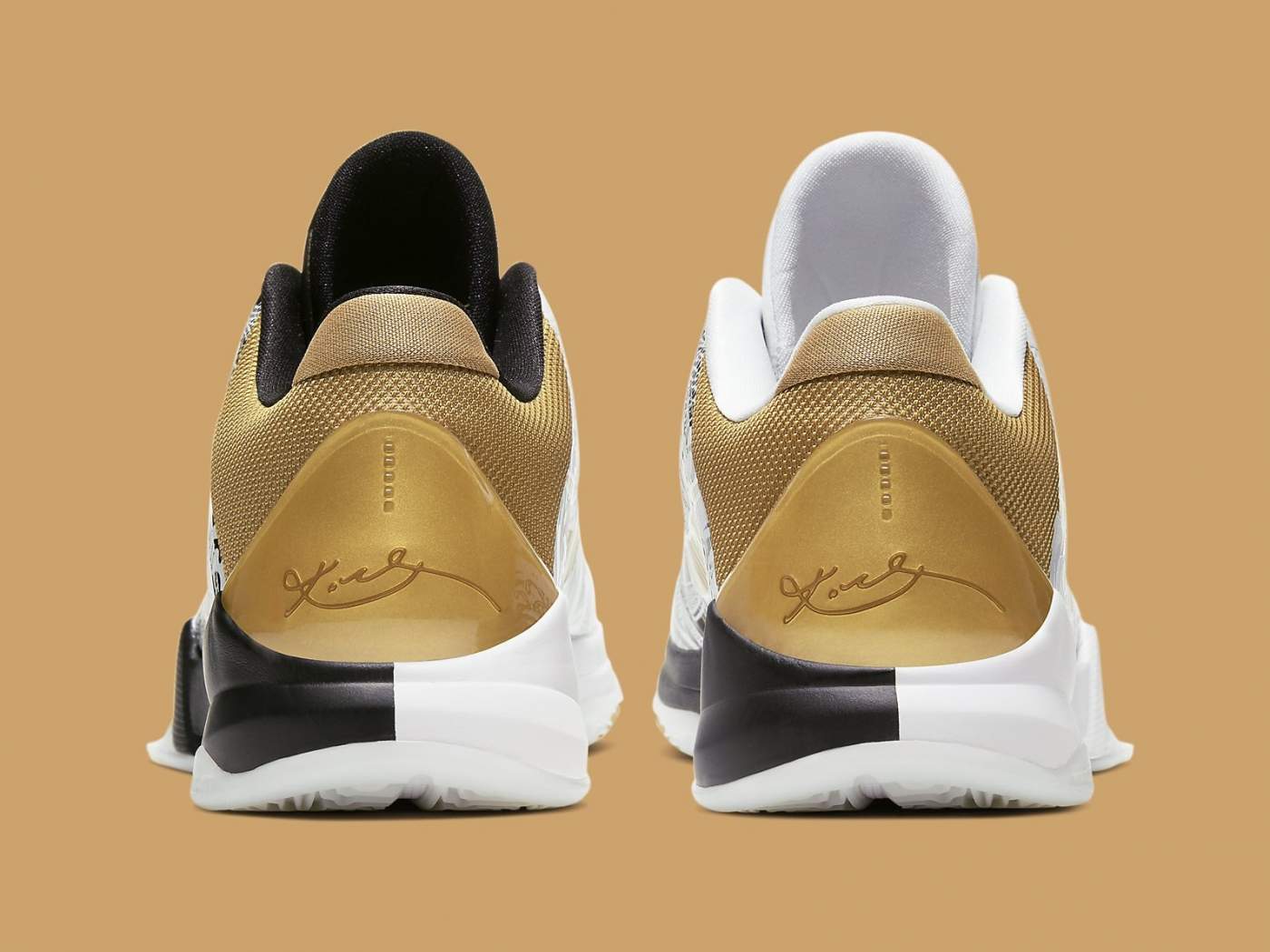 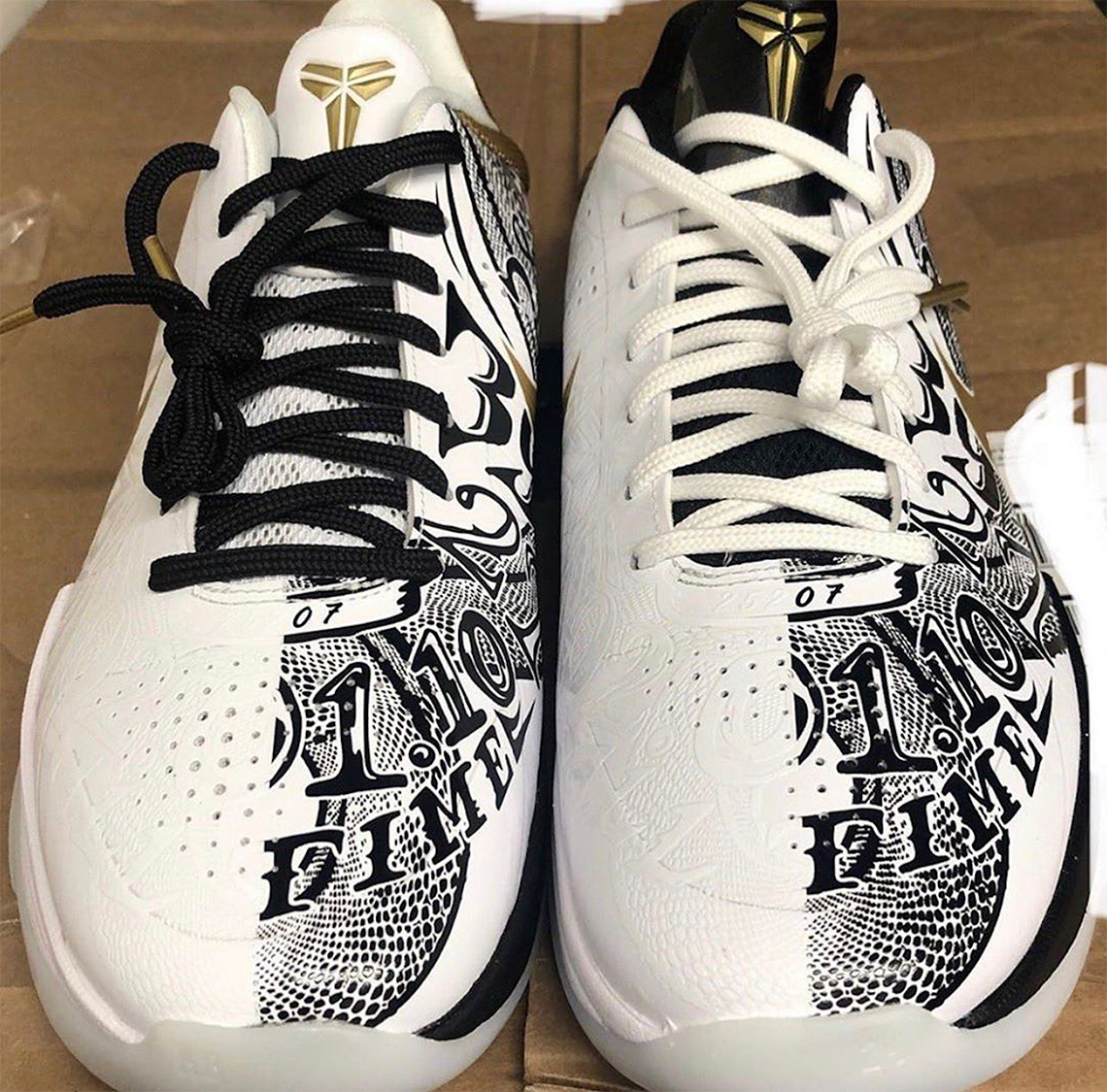