March has been a roller-coaster of emotions right off the bat in the sneaker world. A series of fire releases but on the other hand, the Corona Virus has delayed many and will continue to delay more releases.

Luckily it did not postpone the release of the Aime Leon Dore x New Balance 827 Abzorb which dropped in 3 colorways on 13th march 2020.

If you missed out on the release, don’t worry we’ve got you covered. There are more exciting new releases making their way to sneaker stores soon. So be sure to sign up to our news-letter below!

The Novel outbreak is unfortunate but it won’t slow down this rapidly expanding Multi-Billion Dollar market.

If making money selling sneakers sounds appealing to you, check out our blog. It has all the necessary information to keep you updated about new releases and resale guides.

For a quick recap, skip to the end.

You may be forgiven for not knowing Aime Leon Dore. However, you should know that they’re taking the fashion world by storm piece by piece.

They are a New York based street-wear/casual-wear brand with a thing for the 90’s aesthetics.

It is hard to imagine a fashion world without Aime Leon Dore anymore. Even though they’re only about 5 years old! The success they’ve achieved is insane.

Their prestige was further elevated when they first collaborated with one of the largest sportswear brands on earth. PUMA. 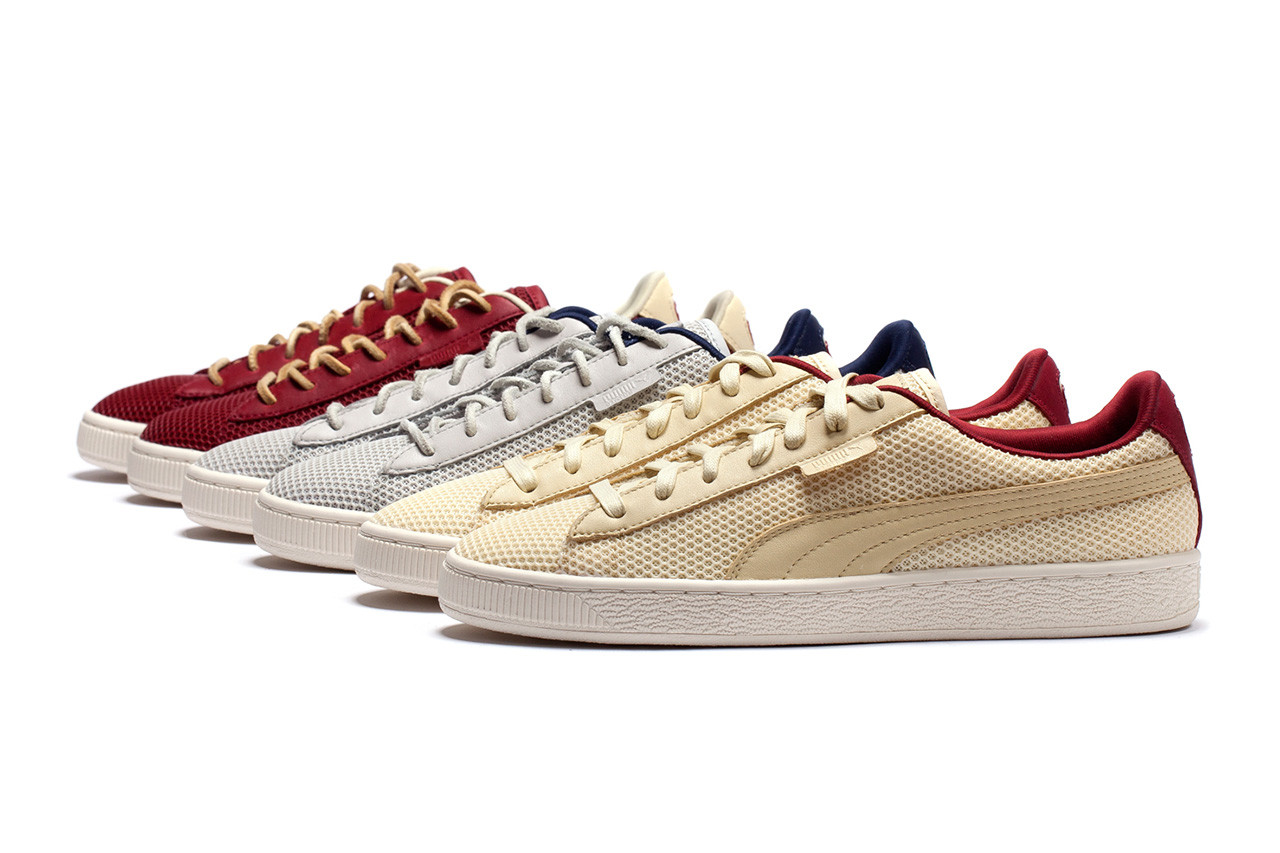 The sneaker they worked on was the PUMA States which released in 3 colorways in 2015. The sneaker was quite the head turner with its brand new breathable mesh.

Also featuring leather overlays the covered the lace loop panel and the PUMA branding. The two tone deign of Aime Leon Dore embellished the over all design.

Finally, a white mid-sole that really gave it a high-end premium vibe.

This was their first real breakthrough into the sneaker market and it was not to be the last. The later releases did quite well on the resale side as well.

The collaborations with New Balance seemed to be quite successful. The resale of prior models to the 827 were pretty good, as shown below.

These kicks really held on to their value over time. 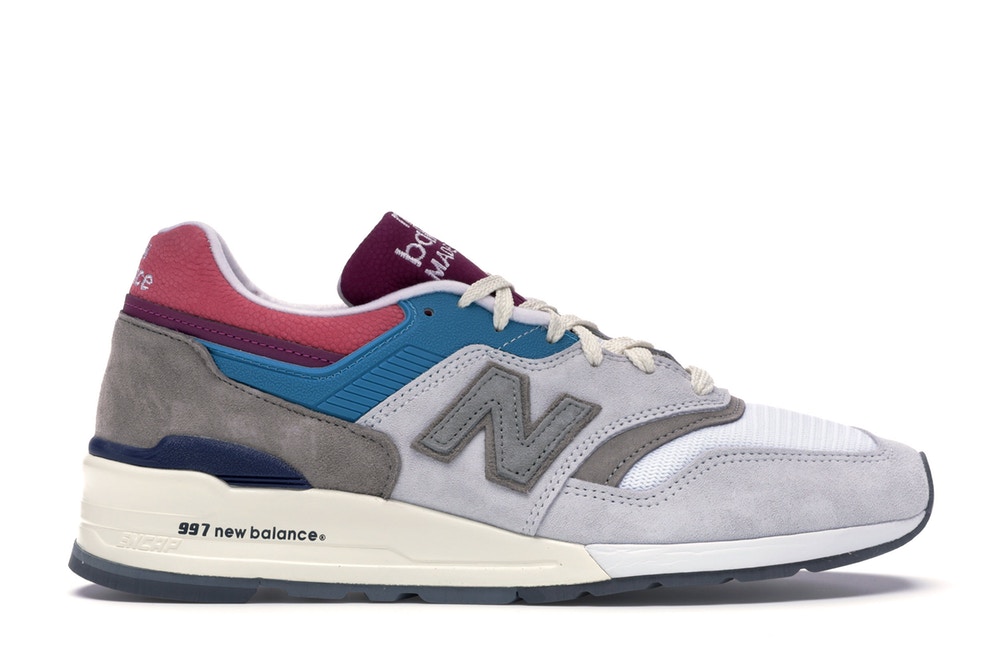 Just prior to the release of the 827, New Balance and Aime Leon Dore made a real splash in the market. With a higher price tag it still did well on the resale market as well.

The sales chart shows the same pattern of slowly gaining value over time with some fluctuations. That’s great if you copped a pair. But you may be asking yourself, why am I telling you this?

Well that’s just to justify my prediction of how I believe the 827 will slowly gain value over time. Since they have recently been released and not been doing crazy good so far. 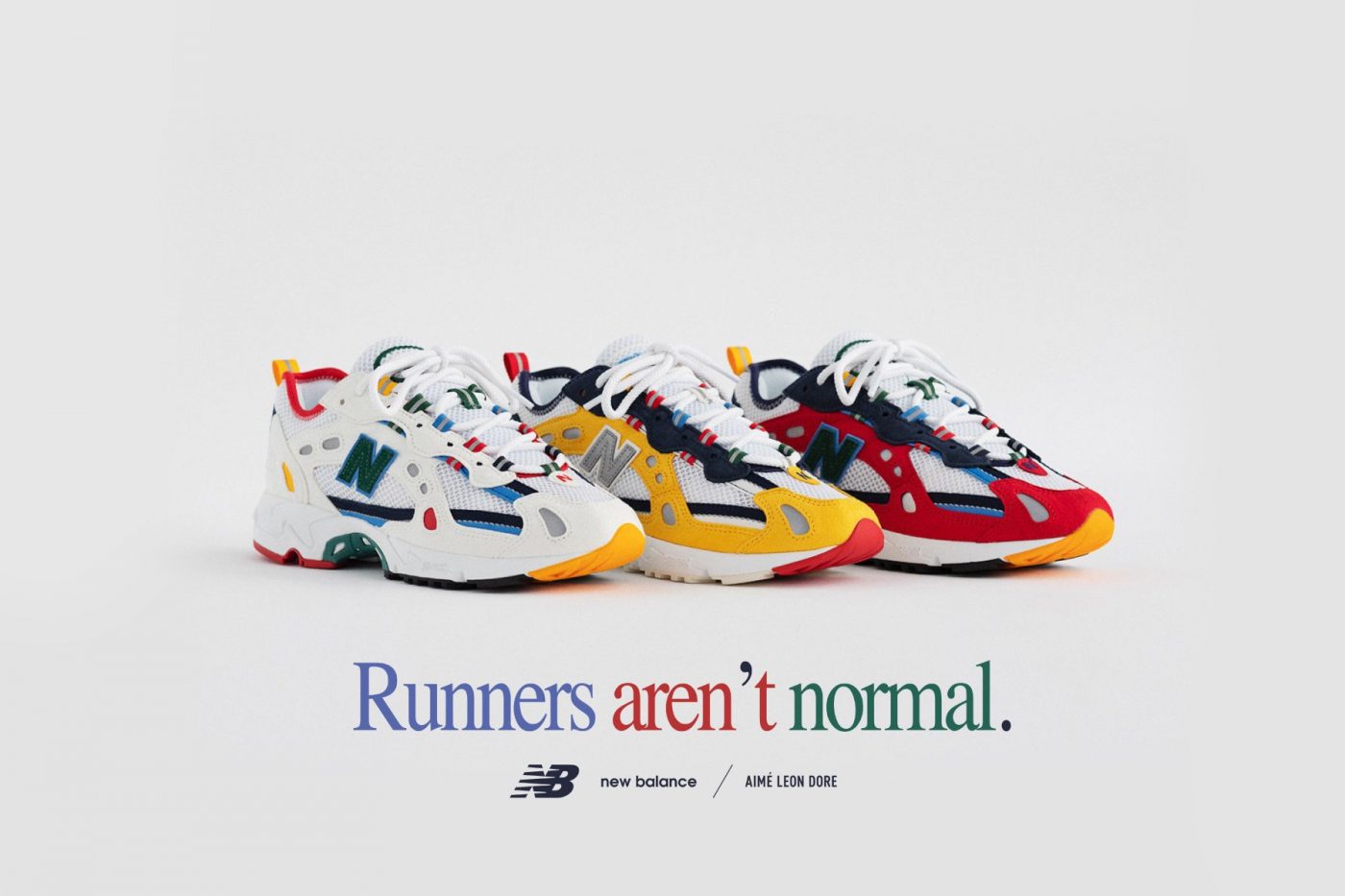 Inspired by the original New Balance 827 way back in the day, these kicks are eye catchers.

It really tells you how fond Teddy Santis is of the 90’s fashion staples, especially the vibrant colors. It seems the collaboration is working well since they were sold out as soon as they released. 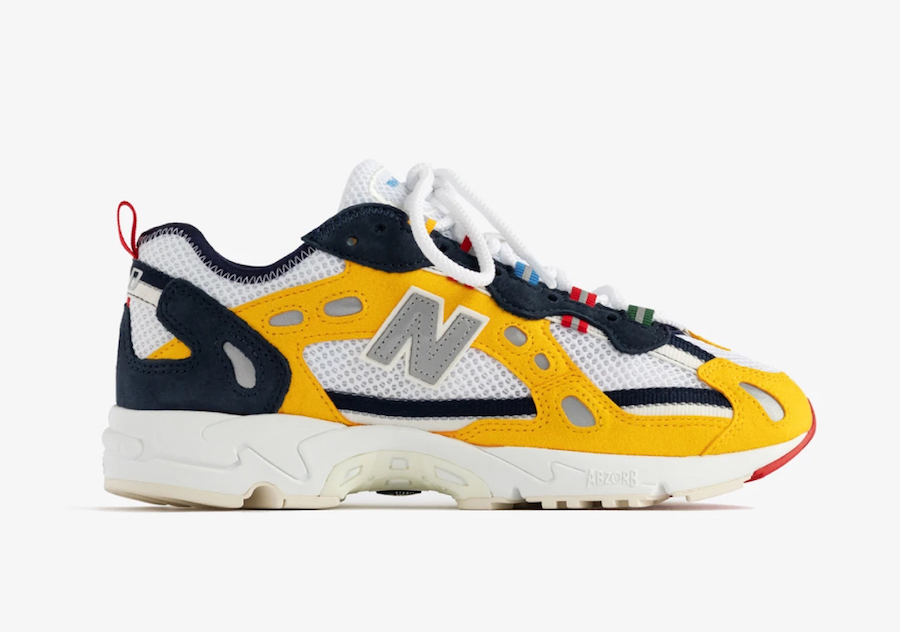 All 3 colorways are identical to an extent. They all feature a multi colored array of lace eyelets and all of them rock the iconic white mesh base. 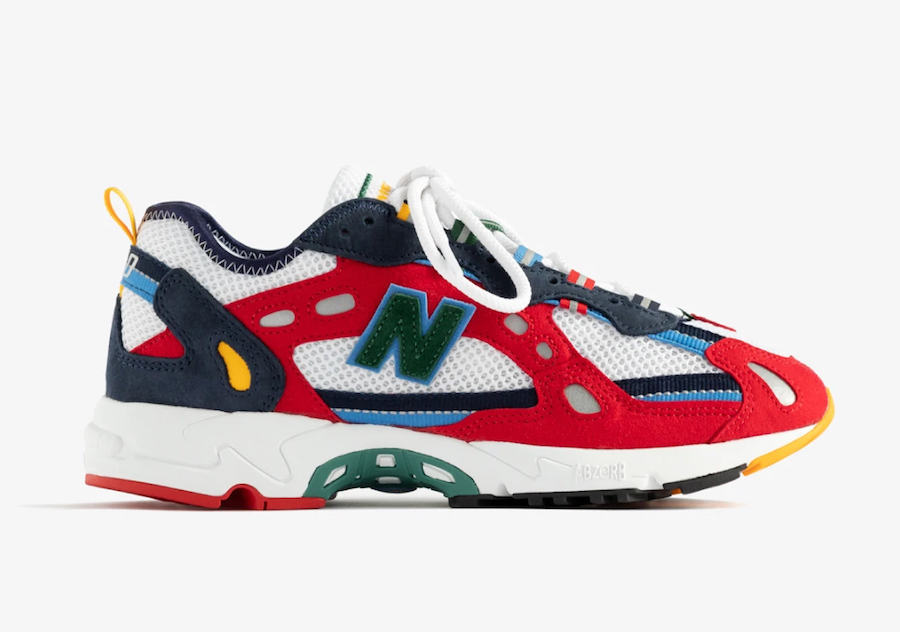 Lastly there are also striking red, green, blue and yellow accents throughout the sneakers. Bold, colorful and nostalgic. We love it!

Now comes the important part, how did they do on the resale market?

The predecessors of this collaboration are doing quite well as proven above, but how is the 827 doing? 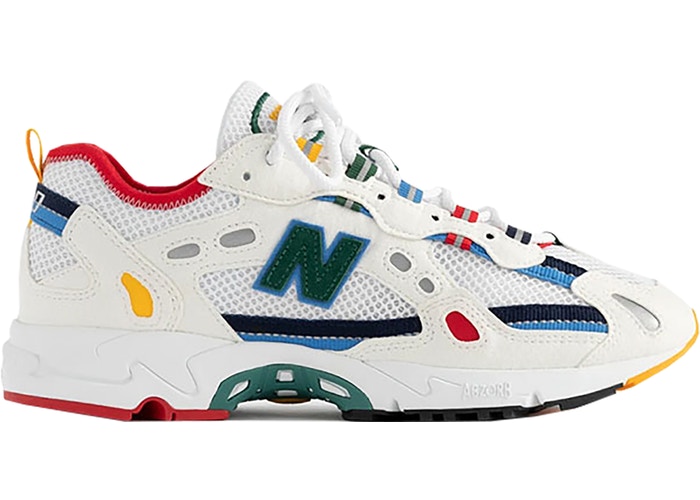 So even with the pandemic, these are doing fairly decently. The trade range according to StockX is between $221-$269 and the average price is $262. That’s an average profit of $112.

That’s great, if you managed to cop multiple pairs. Which is not so likely as the raffle system was quite restricting if you did it manually.

The trend shows a downward sales pattern which is possibly due to the Novel virus outbreak. However, optimistically after the dust settles, you may see these kicks gaining in value. 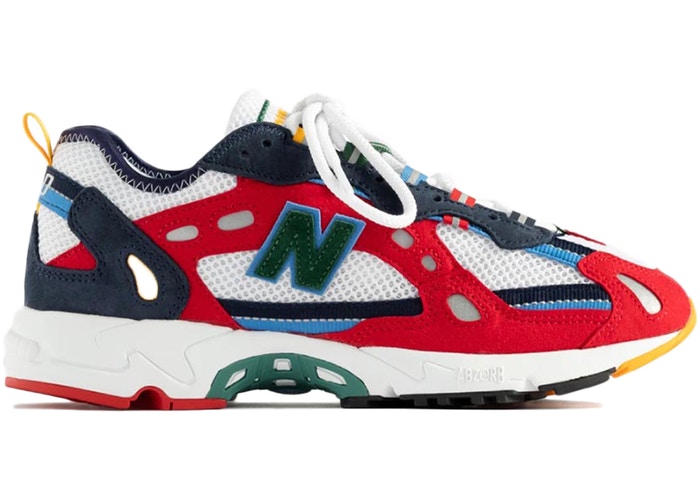 The peak potential profit is $650 with the most profitable pairs being 6,7.5 and 11. The sales showed a similar pattern initially, however the market seems to have improved already. As expected. 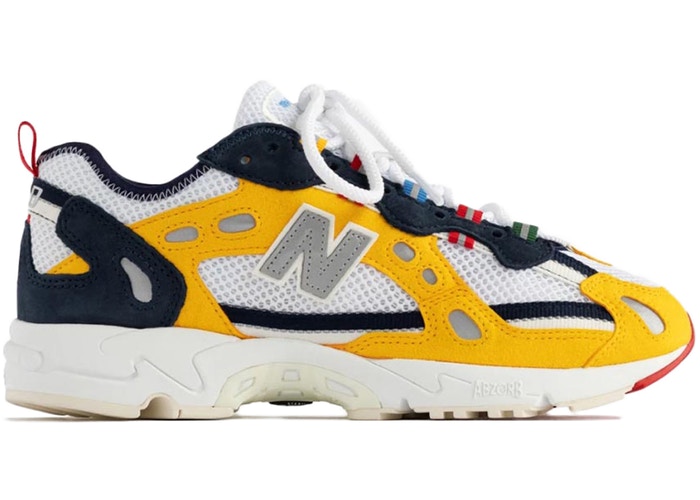 Showing a similar pattern, these went down in value initially. However, it regained its value gradually and may improve further in the future.

Over all if it wasn’t for the virus outbreak, I’d have expected these to be doing better. However, when the situation is controlled they may improve their value overtime.

Well if you’re looking for retail Prices, you’re probably too late. They only way to have copped them were at select retailers and if you had received an email from Aime Leon Dore.

You can now buy them at re-seller websites such as StockX and GOAT.

The New Balance x Aime Leon Dore 827 released in 3 colorways for $150 on the 13th of March. The Yellow colorway however re-released with raffles being opened on the 18th.

They were sold through raffles at select retailers however, you can find them now at StockX and GOAT.

That’s all guys! Make sure to check out our SFS cookbook for more information. Also if you’re thinking of entering the sneaker re-selling game, the Hypemaster Playbook is a must read.

Check out our Instagram page for quick info and snaps about your favorite releases.

Also I realized the Novel corona virus may be effecting us sneaker-heads more than we thought.

However, I’d say these sneakers will regain value over time after the dust has settled. Let’s hope for the best, stay optimistic and stay safe!