Kawhi Leonard Sneakers: A Guide on the Now Historic Jordan and NB Collabs

NBA Star Kawhi Leonard is dropping some of the most valuable shoes of 2019, seemingly from left field. Let’s take a look at these kicks that sell as high as $900 in resale. 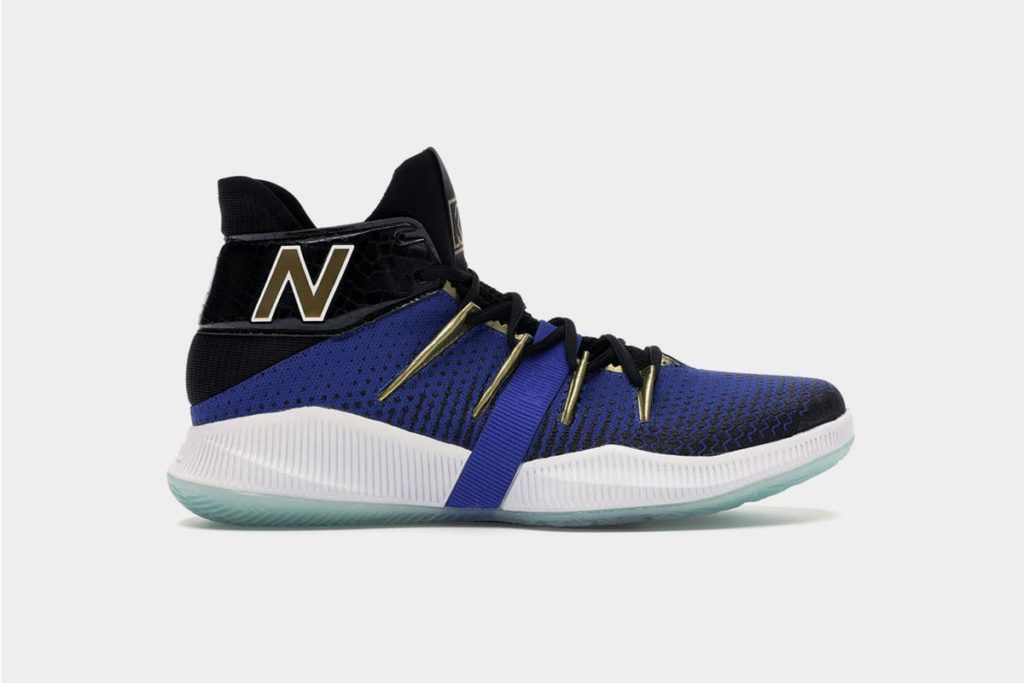 What you may not have known is the Kawhi is dropping some of the most valuable shoes of 2019, seemingly from left field, especially when his collabs with the normally ignored New Balance create Yeezy level hype of 2016.

Due to the insane plot twists and multiple side switiching, these sneakers have already cemented their place in history, so in this post we’ll take a good look at his past and upcoming shoes, which are an excellent start to invest in if you want to learn how to begin how to make a living reselling sneakers

Not only is a Kawhi Leonard sneaker collaboration already intrinsically valuable, right now, in mid 2019, after taking the Raptors to win the Finals against the Golden State Warriors, his shoes are set to take off to even higher levels of hype, especially with Drake leading the train.

He starts with Nike, but goes back and forth with New Balance, all in a manner that is now peaking in insane resale value prices that are generating up to $2500 in profit per pair.

Leonard’s super clean colorway of the Air Jordan 1’s were met with a high level of hype on the release date of April 28th, 2018, making them one of the biggest winners of the month.

On top of the eye catching chrome pop, fans loved the unique touches of Kawhi’s “Claw” logo and the symbolic 16 tally marks throughout the backs and laces, each of which counts for a win by the Spurs, Kawhi’s first NBA team.

All of these factors in addition to its limited production meant a shoe that would resell for $600-$750 on average, a ~$500 profit above its retail price.

Shortly after the shoe’s drop in June 2018, news broke that Kawhi Leonard was signing to the Toronto Raptors, which cemented these sneakers in history, pushing the resale price at closer to the $1000 mark.

After taking the crown with the Championship title, a raptors shoe collab was inevitable and happened to be with the ultimate real life dad shoe brand, New Balance.

Direcly after his first release with Nike Air Jordan, Kawhi made a hi top New Balance that managed to generate respectable value on the sneaker aftermarket.

These high top New Balance are NB’s big bet on breaking into basketball footwear, and it seems the otherwise docile brand has chosen the perfect sponsor for this shoe.

We first saw an announcement of these sneakers back in February, but we had to wait a few months until they finally came out.

With a release date of May 7th 2019 and a competitive retail price of $140, the OMN1S was dropped as a special edition and sold out quickly.

Manual buyers and botters alike profited, and most ordinary individuals missed out.

Thankfully, there’s time to prepare for more drops, as New Balance announced that the OMN1S x Kawhi Leonard signature model is still set to come out in 6 different colorways:

We were actually supposed to see all of these colorways drop on the debut in February, but not only did the debut get pushed to May, we still didn’t see many of the shoes dropped as promised.

As the formula goes, just like for the guys trying to date dimes and instamodels, high hype + missed promises + delays = high market value, with a few people insanely happy and the vast majority feeling like a loser.

Whether this delay is actually the result of Kawhi suing Nike to get his logo back or if it’s just New Balance playing games doesn’t matter so long as the hype stays high which we think it will especially with these debut colorways.

To further prove the value, let’s look at shoes that have actually come out.

Kawhi helped to take the Raptors to their first ever title while simultaneously winning his second career MVP award.

To celebrate, New Balance dropped a Raptors themed collection, painting the team colors on both the 990v5 and 997.

So far, we saw a preorder on June 19th, which sold out quickly.

We saw resale values peak to the $500+ level, and since have settled to about $100-$150 above retail, with the 997 being much more desireable as you can see by the prices. There still might be a wider release, which will likely have resale value but definitely not as high as the preorders did, which went as high as $1000 per pair on StockX and eBay.

“The Claw” must hold the record for the most varied collabs in the shortest period of time: in less than 1 year, he’s released kicks with 2 brands and 3 different teams.

In July of 2019, the significant news came out that Kawhi was switching to the Clippers.

New Balance wasted no time capitalizing on this with a brand new colorway for the OMN1S.

The Clippers colorway dropped on July 6th, 2019, and sold out insanely quickly, with current resale value pushing $800 on StockX:

The interest level is higher than we’ve ever seen before for a pair of New Balances.

Let’s check out how to get past the crowds of people clamoring for these and cop these.

As New Balance is using Leonard to promote its presence as a serious basketball shoe, you’ll find that if you go to https://www.newbalance.com/basketball/ that you’ll be greeted with a landing page telling you that you missed out.

That said, this is also the URL that the brand used when they actually dropped the shoes, so save this and make sure you access it when the time comes.

On the page, you can sign up to their email list for real time notifications of restocks or new drops of different OMN1S colorways.

You can also subscribe to our email list below and be notified of all the up to date sneaker info.

And of course, we have our Hypemaster Playbook that gives people expert plug level knowledge, including how to use bots, plugs, and all sorts of different leverage to efficiently build a shoe resale business.


Success! Now check your email to confirm your subscription.

JV was inspired to start Six Figure Sneakerhead after having more people asking questions than he could answer about sneaker reselling when they saw the success he was having. His intention is to create the top resource for sneaker resale education worldwide and loves to see when customers succeed, and he's always accepting feedback for all offerings which are constantly updated to suit the customer needs and the current times.
Search