This past week saw an array of sneaker releases both profitable and non profitable. Stay tuned to find out how the Stray Rats x New Balance 827 did on the resale market after dropping on this 15th.

The rate of drops has been gradually increasing and the month of June is expected to be really good. I suggest signing up to our news-letter to get instant updates on profitable new releases.

If you’re trying to learn more on sneaker reselling, check out our blog. It has resale and release guides on all your favorite sneakers with much more to come.

This growing Multi-Billion Dollar Market could be a gold mine waiting for you to find it. A lot of self-made kids are cashing in on this huge opportunity and making thousands!

Now for the main course of this article. The Stray Rats x New Balance 827 is not their first collaboration and they’ve all done similarly on the resale market.

Before we get to the resale part by assessing similar colorways. Let’s look at a bit of history behind each company. 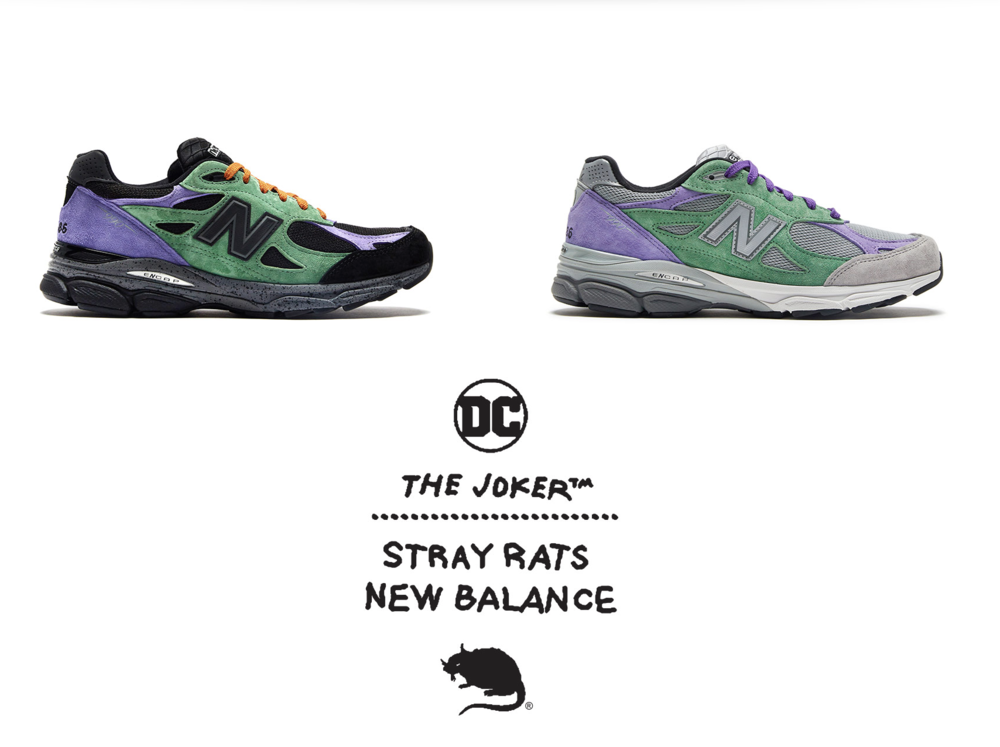 New Balance is a very old company, dating back to 1906 when it was founded by William J. Riley. They first sold orthopedic products but transitioned to performance wear by the 1950s.

After Paul Kidd took over, demand rose sky high with athletes now asking for tailored shoes. In 1961, the New Balance “Trackster” released which was their first performance running shoe.

It had an excellent rippled sole for traction and came in different width to fit various feet. 1976, New Balance came into the international spot light by winning the Runner’s World Magazine Award.

Today, it has expanded into making performance sneakers for various sports successfully.

Stray Rats on the other hand, is a fairly new company started by Julian Consuegra in 2010. Living in Miami and a fan of hardcore rock, he came up with the name quite naturally.

Since rock lyrics included a lot of rats and him and his buddies were always moving underground. The name seemed to fit and so they ran with it!

They brand is highly appreciated for being “real” and unique as Julian implements his own style and tastes into whatever he creates. The brand is over 20 years old today. 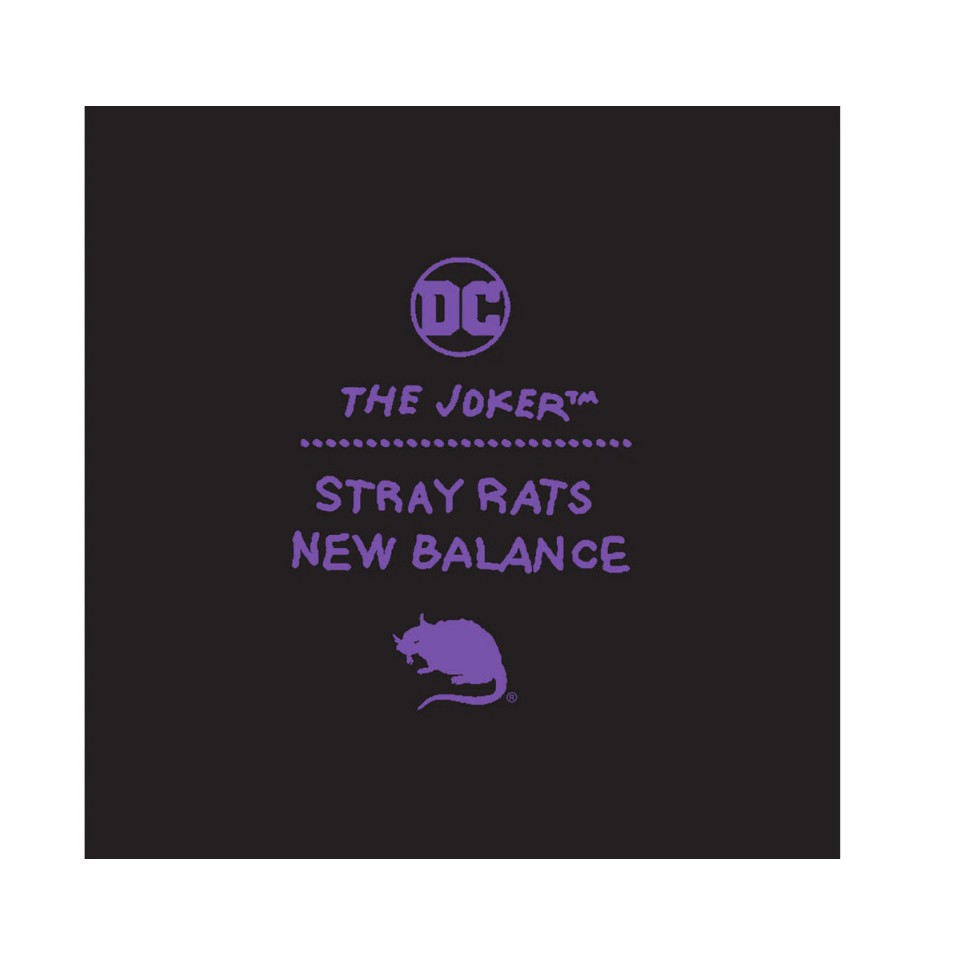 As I mentioned before, this isn’t their first rodeo together. Both brands have collaborated various times in the past with decent success. They’ve even included DC (Detective Comics) into the mix!

They’ve also done fairly well on the resale market which is great for us re-sellers. Let’s look at a few examples and see how Stray Rats x New Balance 827 might do in the future. 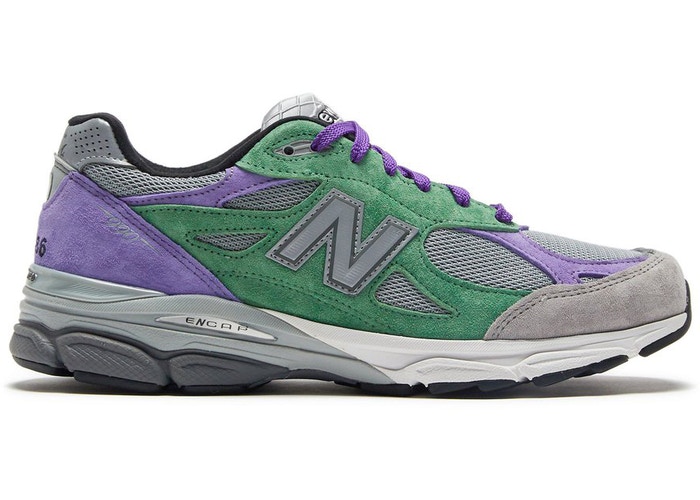 This sneaker was a collaboration done with very similar color combinations used as the previous one. This version however uses lighter tones which are more identifiable.

They did decently well on the resale market. According to stockX, the trade range is between $251-$329 with the average price being $237. That’s an average profit of around $50.

Had you sold them at peak resale, profit would have been around $300 before taxes and service fees. That’s not anything crazy but consider it good lunch money. Moving on! 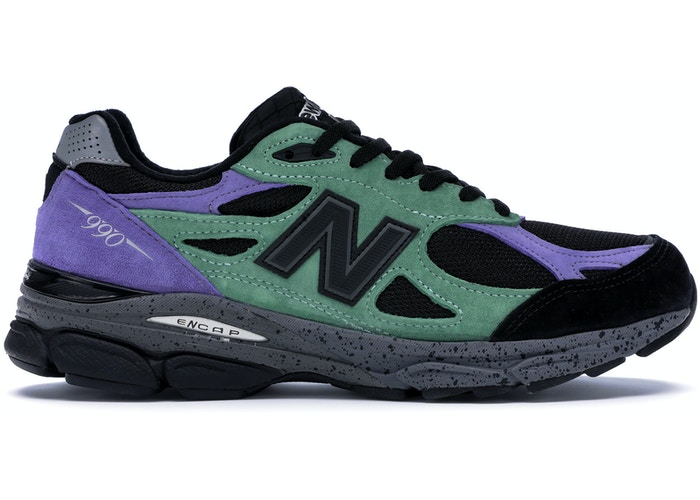 This variant released back in 2018 with a re-release in a slightly different color tone. It comes with a Green-Purple upper with black laces and a grey rear collar.

The Typical “N” logo on lateral sides as well as a “990” embroidery above the heel. It comes with a grey mid-sole that’s speckled and a black rugged out-sole finishes off the design.

According to stockX, the trade range is between $133-$387 with the average price being $379. These sneakers are quite profitable, scoring average profits of $189 per pair.

After the release of the “Joker” variant however, their values have dropped. Had you sold these at their peak resale, profit would have been $460 before taxes and service fees. 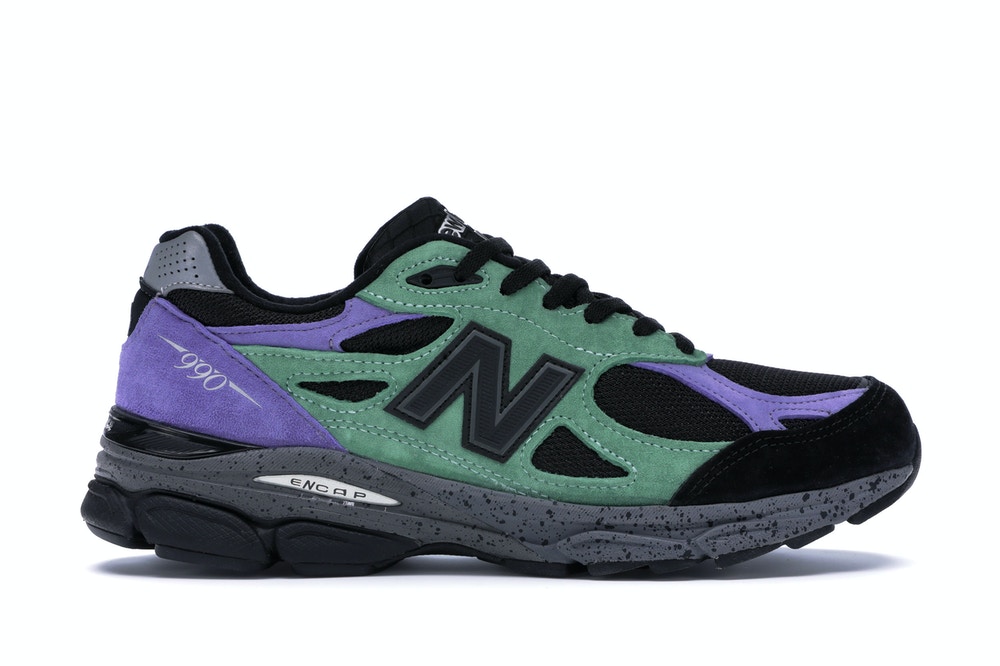 After a collaboration with DC, Stray Rats and New Balance, they came up with this joker themed sneaker.

Dressed in a green, purple and black upper similar to the Joker. This was sure to grab the attention of many Batman fans. It dropped in December of 2019 and made average profits.

According to StockX, the trade range is between $133-$257 with the average price being $242. That’s an average profit of $52, which again is just lunch money after taxes and service fees.

Had you sold these at their peak resale values, profit would have been $360. It looks like the Stray Rats x New Balance 827 may be going down a similar road. 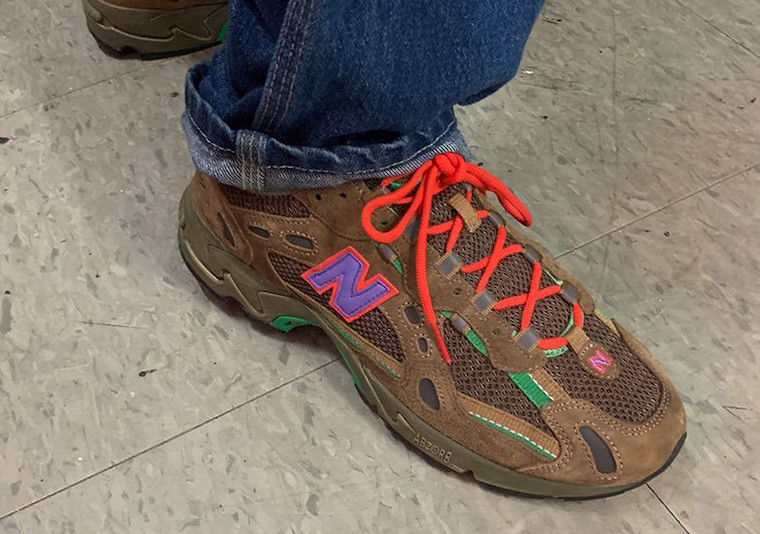 New Balance and Stray Rats’ newest addition sure is a strange choice of color combinations. However, it may appeal to a select few out there.

The sneaker is dominated by a brown colored base with hints of green around the sneaker. It also comes with blazing red laces and the “N” logo in purple, highlighted with the same red.

There is also a Stray Rats branding on the camouflaged heel. Finally, there’s an olive colored Abzorb mid-sole to finish off the design.

Take a closer look, I’d love to know your thoughts on the color-combinations of this sneaker. 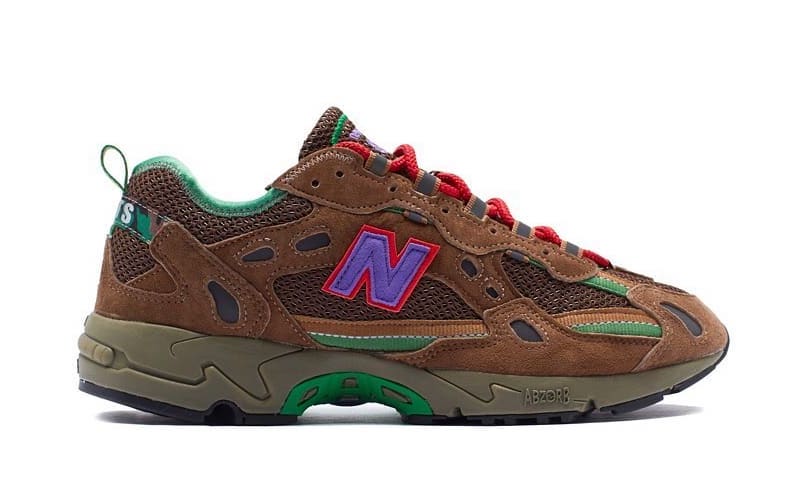 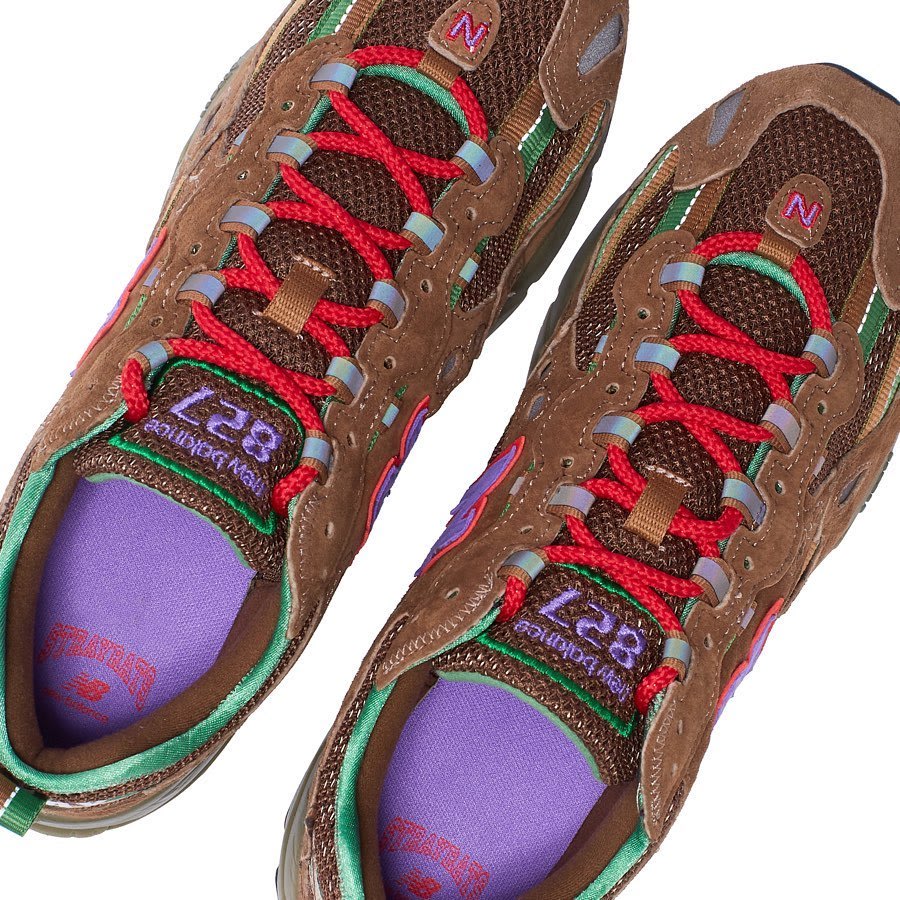 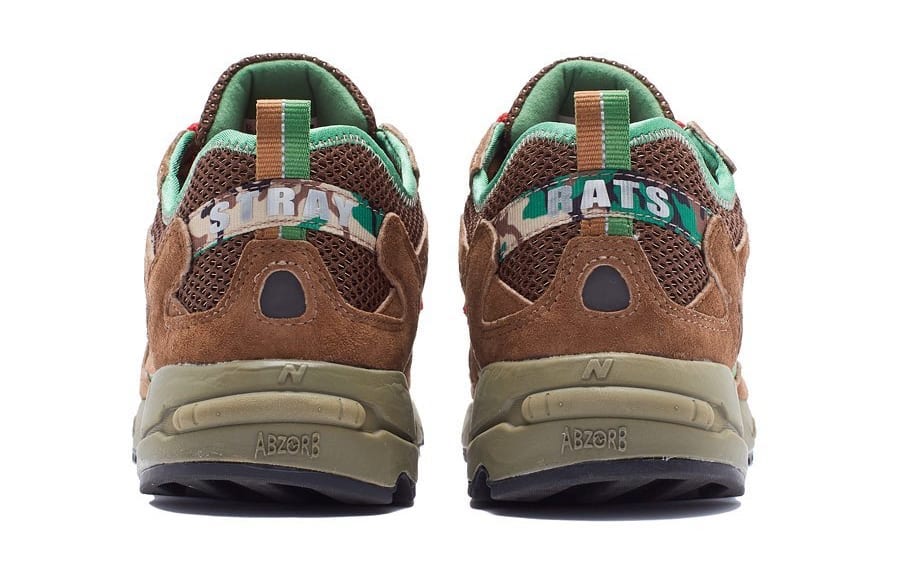 The New Balance sneakers, especially this silhouette are always high quality with a fair bit of demand.

That, along with being a collaboration with strange rat makes this a sneaker not to be slept on if you’re going for personal sizes. Resale value is estimated to be around $200, nothing too crazy.

I wouldn’t sleep on personal pairs guys because New Balance does seem to be on the rise recently. However, I wouldn’t expect profits very high either.

You can cop the Stray Rats x New Balance 827 from raffles on a few places and from select retailers. The raffles went live on StockX and Strayrats.com at 10 AM to 10 PM EST.

If you failed to cop, you can always get them from re-seller websites such as StockX later.

There you have it guys, the Stray Rats x New Balance 827 seems like it could make you some money. Not a lot. But hey, something’s better than nothing!

Check out our Twitter and Instagram for quick info on hot new releases. Also join the SFSH cook group for valuable insider knowledge.

If you need a sneaker re-selling guide, check out the Hypemaster Playbook. The reviews speak for themselves as being the all-in-one best guide book out there.