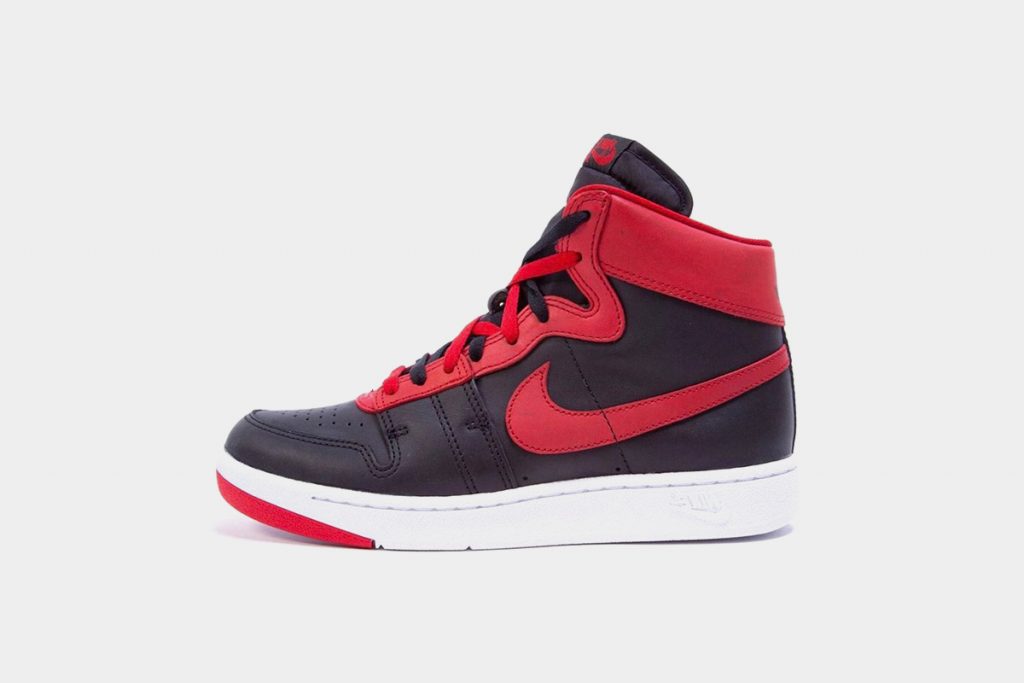 Nike surprises fans with an unexpected release of a Nike Air Ship with tremendous historic weight behind it. The Nike Air Ship OG Banned price is expected to be $175(TBC) and drops on August the 7th through a raffle in extremely limited quantities. You’re not going to want to miss out on this one!

August seems to be a great month with all the sneaker releases yet to come. Check out our list on  August’s Best Sneakers to Resell. You never know, we might help you cop some very profitable pairs.

This Multi-Billion Dollar Market is proving to be a great opportunity for any one that’s willing to invest. You could actually make thousands every month with the right knowledge and guidance.

I recommend checking out our blog for that to start off your re-selling career. We drop frequent content on release, resale guides, and much more! Sign up to our news letter to never miss out.

The Nike Air Ship OG Banned is one of the hottest releases of the month. You can rest assured that profits will be massive. Just how massive though, we’ll find that out in a moment.

First, let’s get into some history!

Skip to conclusion for summarized information.

Nike Air Ship| The OG Of The OG

1984 marked one of the most important years in Nike’s and Jordan’s history. This was the year Michael Jordan was picked during the NBA drafts and achieved greatness.

Although Jordan had signed the deal with Nike after they promised Jordan his own signature sneaker. The sneaker was still in development and so the Bull’s legend had to go with the Nike Air Ship. Making the sneaker the first ever worn by MJ on court.

The Air Force 1 was designed by Bruce Kilgore and made very similarly to the Air Force 1. The only minor tweaks included a lacking strap and the words “Nike” in raised lettering. The over-all style remained the same.

Other details of the Air Ship included a leather upper, a high collar, and a thick sole. The thick sole was something Michael did not like and so, the Air Ships that he wore were heavily modified.

They were shorter than the stock variants and the sole had been noticeably thinned out to suit the superstar’s preference. Overall, the Air Ships Michael wore were more similar to the Air Jordan 1 than anything else.

When MJ first step foot onto the court, the sneakers he wore were Nike Air Ships which he wore on a multitude of occasions.

The story started with the release of the Air Jordan 1 and its “ban” in 1948 on October 18th , a month later. Although it was confirmed that the league made it illegal to wear Black/Red sneakers that violated uniform policy, the letter arrived later in February.

The only time Jordan was seen to be wearing the ‘Bred’ colorway was in a pre-season game against the Knicks. It is unclear whether he’s ever worn a Bred Air Ship in any normal NBA season.

Nike however, used the rumor to their advantage and advertised the colorway. The Myth goes that Jordan was fined $5000 for every time he wore the sneakers which Nike would pay.

That added even more to the “Rebellious” vibe of the sneakers and made them an instant classic. What makes the sneaker more important is that the Nike Air Ship Bred has never even seen a public release. Until now.

To estimate the resale value of the Nike Air Ship OG Banned 2020, let’s head on over to StockX.

This colorway is one of the most beloved by any Michael Jordan or Chicago Bulls fans. This Air Jordan in particular released back in 2001 and rocked the ‘Banned’ colorway which many would love in their collection.

During those days however, you could walk into a store and purchase one even a few days after release. A sneaker like this would not last 5 minutes on the shelves today which makes you admire that time even more.

This Air Jordan 1 Bred is almost identical in appearance and quality to the originals. It features a black and red leather upper, a red be-speckled toe box and a red out-sole that finishes off the design.

On StockX, prices are extremely high, with the average being just over $680. They’ve been sold for over $1000 various times. The Nike Air Ship OG Banned sports this exact colorway and will likely be even more profitable.

This Nike pack included 2 extremely popular sneakers in their most iconic colorways. The first is a Nike Air Jordan 1 high in the white and university red colorway. The second is the Nike Air Ship which was the first sneaker Michael ever wore on the court.

Together, this pack was extremely popular when it dropped back in February and is still sought after by many sneaker heads. The box that came with the pack is also a collectible. It featured OG boxes for each sneaker as it was released but in fused fashion.

On StockX, resale prices are now sky-high. The average re-selling price is $1,600 which means on average, gross profits are around $1,250 per pair! Had you sold these at peak resale, profits would’ve been as high as $2,850.

For a more detailed look, check out our article.

Along with the ‘New beginnings’ pack, Nike released this Air Ship to pay homage to Michael Jordan’s return to the NBA. At the time, these costed only $35 and stood independently of any signature athlete.

The Air Ship New Beginnings features a white leather upper with a red collar and ‘Swoosh’. A white mid-sole and a red out-sole finishes off the design.

On StockX, the average reselling price is almost $900 which is an average $725 in gross profits! At peak resell prices, profits are as high as $1,685.

It’s clear that these limited Air Ship sneakers are extremely sought after. Couple that fact with the popularity of the ‘banned’ colorway and you can expect the Nike Air Ship OG Banned to have extremely high profits.

This legendary sneaker first came to the spot light when it was worn by Michael Jordan during the 1984-85 pre-season games.

The Nike Air Ship black red or ‘Bred’ had a mid-sole of a Nike circuit tennis shoe and out-sole of a normal air ship when it was first designed. This sneaker however, will feature the addition of Nike REACT cushioning.

Take a closer look with these detailed images.

It’s no surprise that these kicks will be super profitable, although the sellers will make you jump through a few hoops just to get the chance to buy them.

Since these are extremely limited, resale prices may even rise over time. Making it ideal to hold for a while.

You’d expect Jordan brand or Nike to release this huge drop themselves but that’s not the case. The release will be through Back-Door Bottega’s official stores.

The Nike Air Ship OG banned raffle is a strange one to say the least. They will be released Via an in-store and the customers will need to find 150 stickers at the famous landmarks at Bologna, Italy from 1st August to the 6th.

The stickers will then provide you with a QR code which will allow you to enter the raffle. If that sounds like too much for you, there’s always StockX.

Where to Buy: (Retail) Back-Door Bottega

That’s all for now folks! Follow us on Twitter and Instagram for updates on the hottest sneaker releases! Join our Winner’s Circle for invaluable insider knowledge to help you cop the most profitable sneakers!

If you’re starting off re-selling sneakers or pretty much anything, I highly recommend reading the Hypemaster Playbook. This step-by-step guidebook will take your re-selling game to the next level.