Ladies and Gentlemen, Nike has something for everyone. And it does its best to keep all of its target market happy even in this depressing lockdown. Nike is releasing a rendition of the iconic Dunk low in collaboration with the Japanese fashion label Comme Des Garcons.

It seems that Nike wanted to change things up a bit and this is why they took a trip to Japan to find something inspiring to offer to us. And it seems to have worked with the latest Dunk Low.

Before we go ahead, make sure you’re up-to-date with the latest releases and are following us on Instagram. Make sure to sign up below so you don’t miss out on a thing and receive insider tips on how you can make your sneaker reselling business a hit!

Now Nike has had the privilege of having worked with some of the most elite designers such as Tinker Hatfield or Bruce Kilgore. Arguably their most revered designer is none other than Peter Moore. If I say he was influential, that would just be an understatement.

For those of you who don’t know, Peter Moore started the Air Jordan Franchise at Nike. He was the creative mind, alongside Hatfield and Kilgore, to designing the classic ball and wings logo and was the genius behind the Air Jordan 1.

The Beginning Of The Dunk

But he wasn’t done there. He also was the pioneer behind the Nike Dunk which the fans have grown to adore around the world. 1985 was the year when the iconic Dunk would first be introduced to the world.

At that point in history, the Dunks were designed as a college basketball sneaker and was an amalgamation of the AJ1 and Terminator. The original Nike Dunk came in 12 colorways – one for each of the best basketball colleges in America.

Things pivoted for the brand when in the late 1980s skateboarders became fond of the shoe because of its durability. And since the start of the 2000s, the sneaker gained rising popularity in Japan – the sneaker hub of Asia.

Since the shoe was first introduced in 1985, Nike has released several colorways and renditions of the original Dunk in accordance with Japanese culture. This just goes to show how beloved this silhouette is in that nation of sneakerheads.

After hitting it out of the park with revered designers such as Virgil Abloh, Off-White, and Supreme – Nike is setting its eyes on Japan once again with a collaboration with Comme Des Garcons. And this isn’t the first time both the brands have come together and rocked our shoes off.

Here are a few of the previous collabs between Nike and CDG: 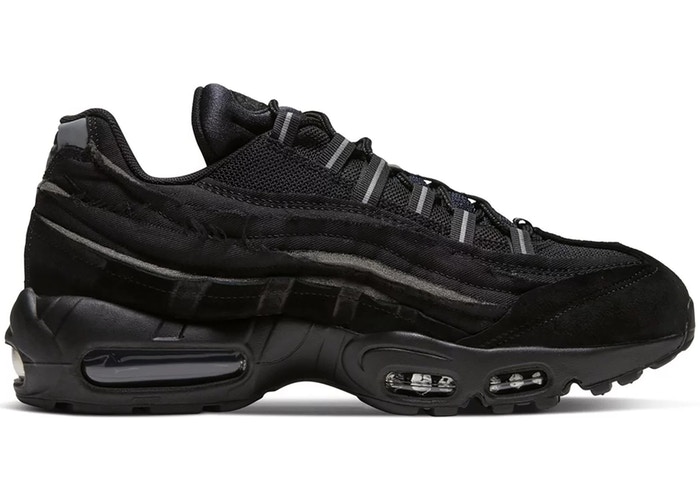 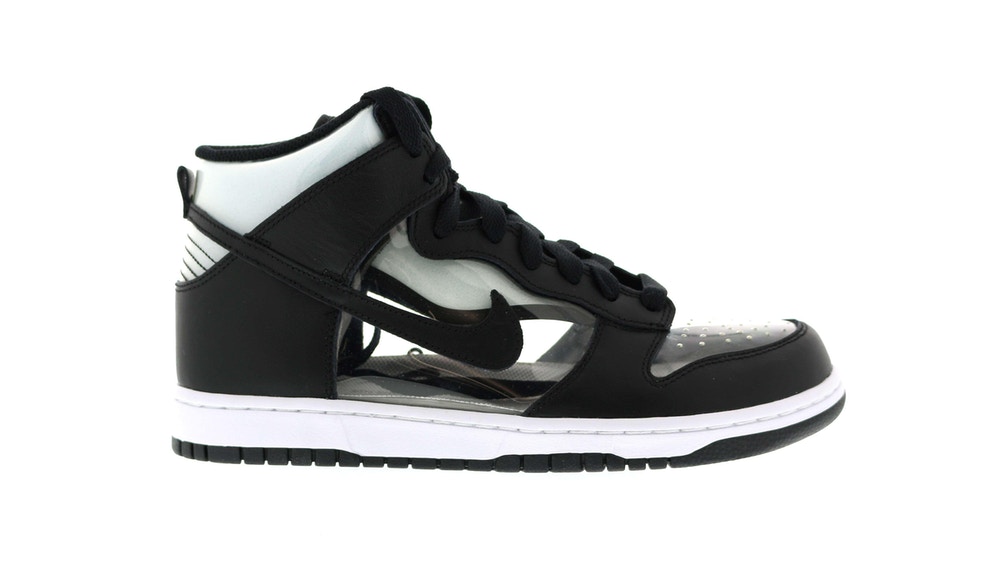 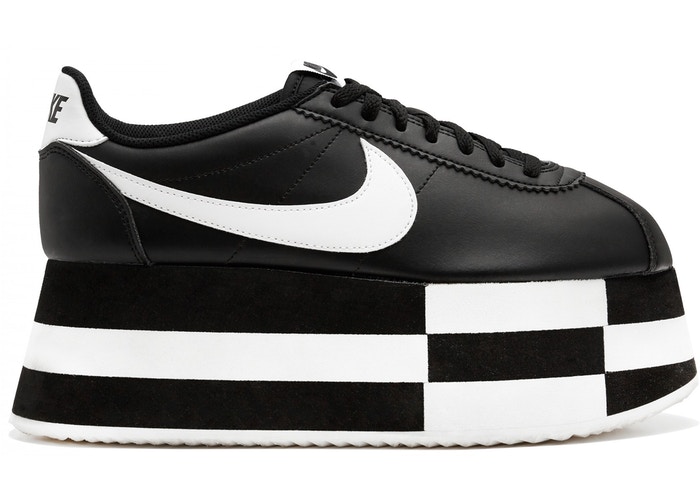 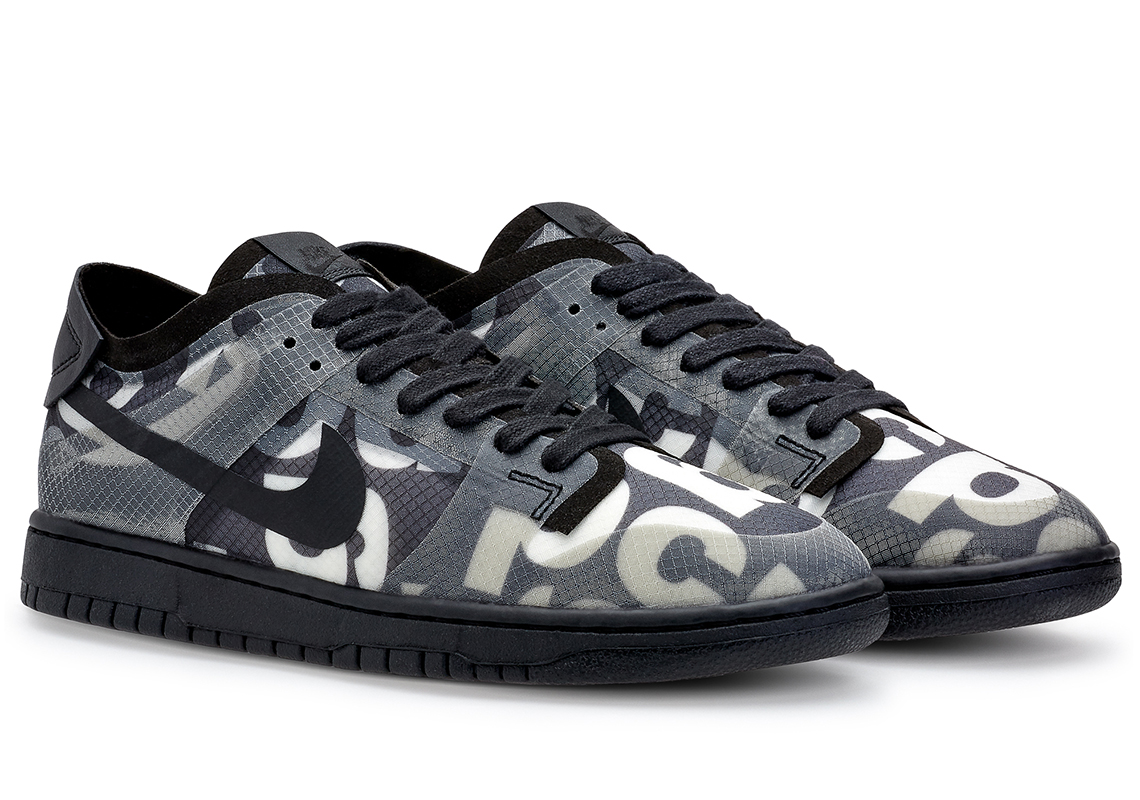 The designer of Comme Des Garcons – Rei Kawakubo gave this Nike Dunk a unisex design which was frankly expected of him. At a first glance, the Dunk gives you a futuristic outlook with a translucent stretch-woven fabric “Nexkin” which we have seen previously in Nike’s Vaporfly SP and React Element 87. 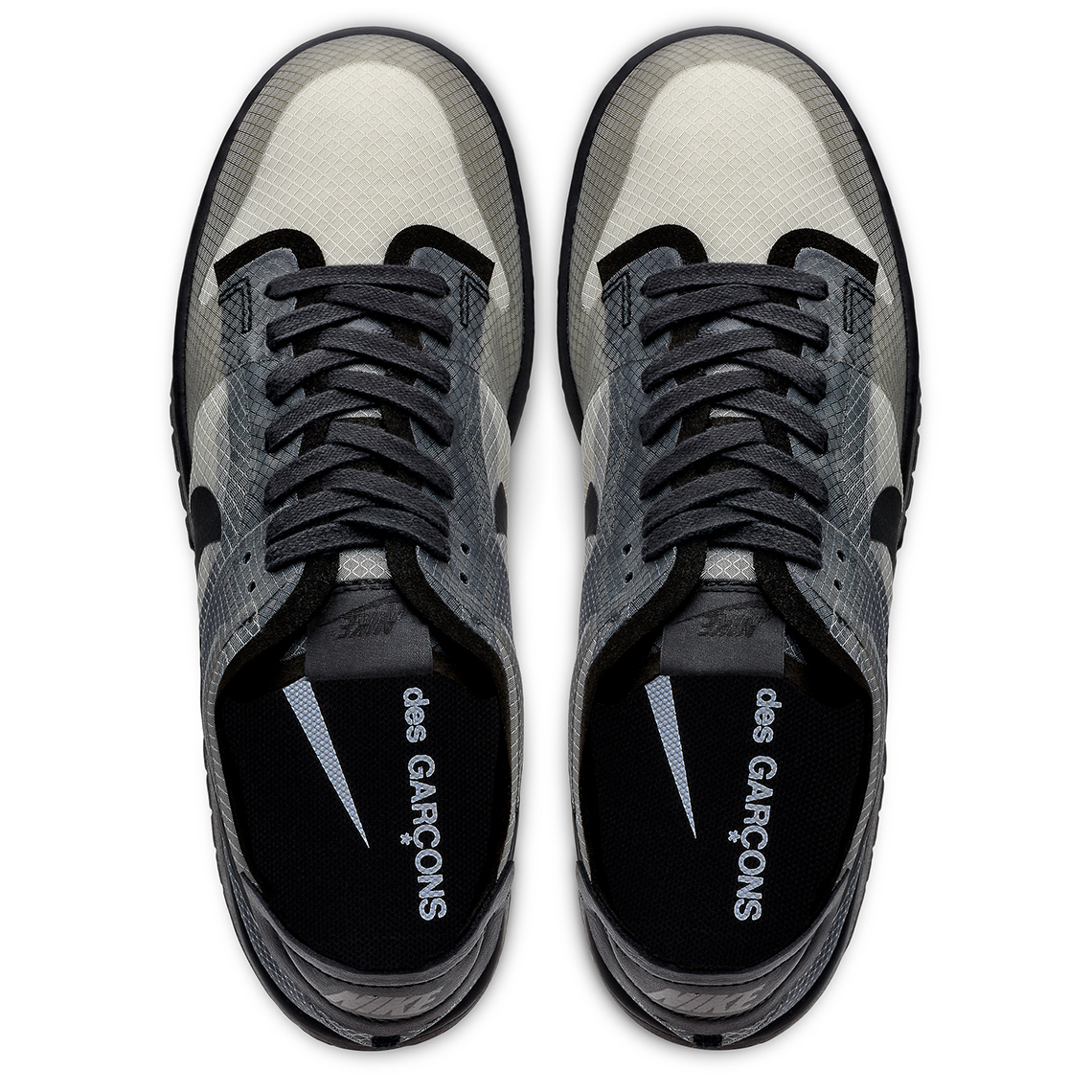 This Dunk comes in two offerings, one is covered in an all-over monogram print and the other is completely plain. A black rubber sole, black swoosh, exposed heel tab completes the design on both the offerings of the pair. 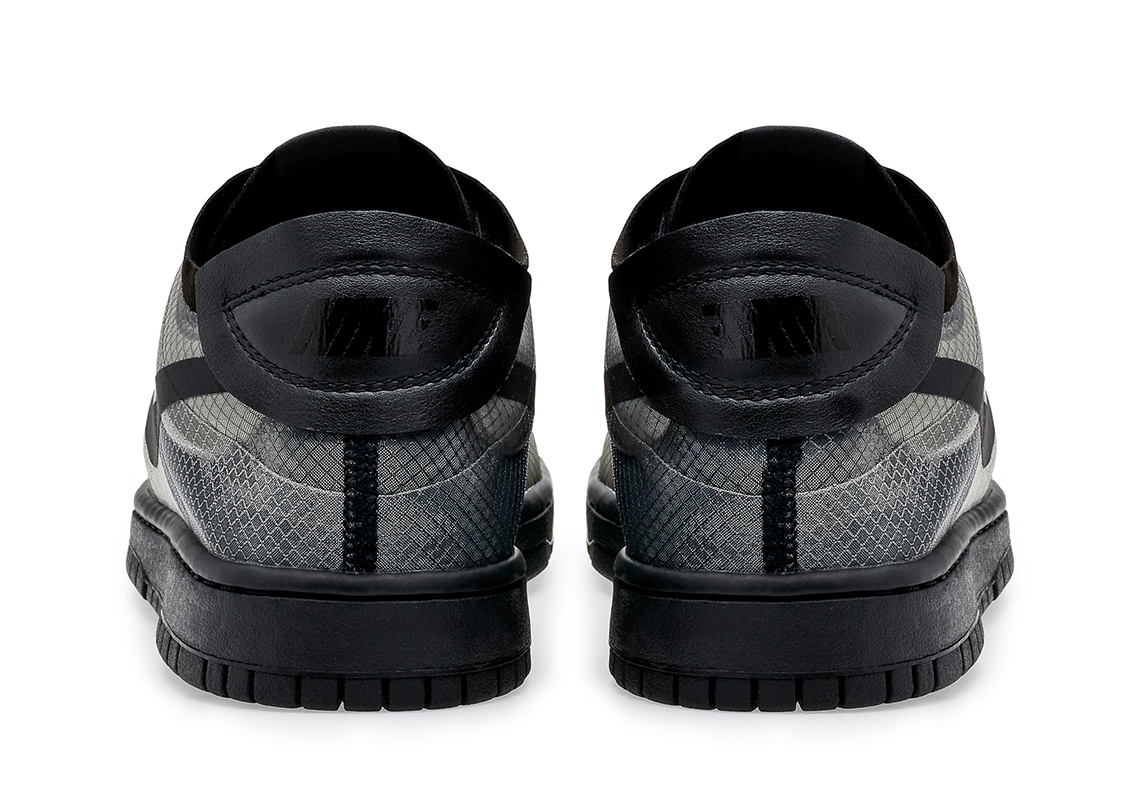 Unfortunately, Nike will not be selling these. The shoes will be launching exclusively through Dover Street Market and Comme Des Garcons.

If you’re unable to purchase off of DSM and CDG, then you’re next best option is either e-Bay  or StockX

However, since both e-Bay and StockX are sneaker reselling websites, you won’t be able to resell the shoes for a profit yourself. 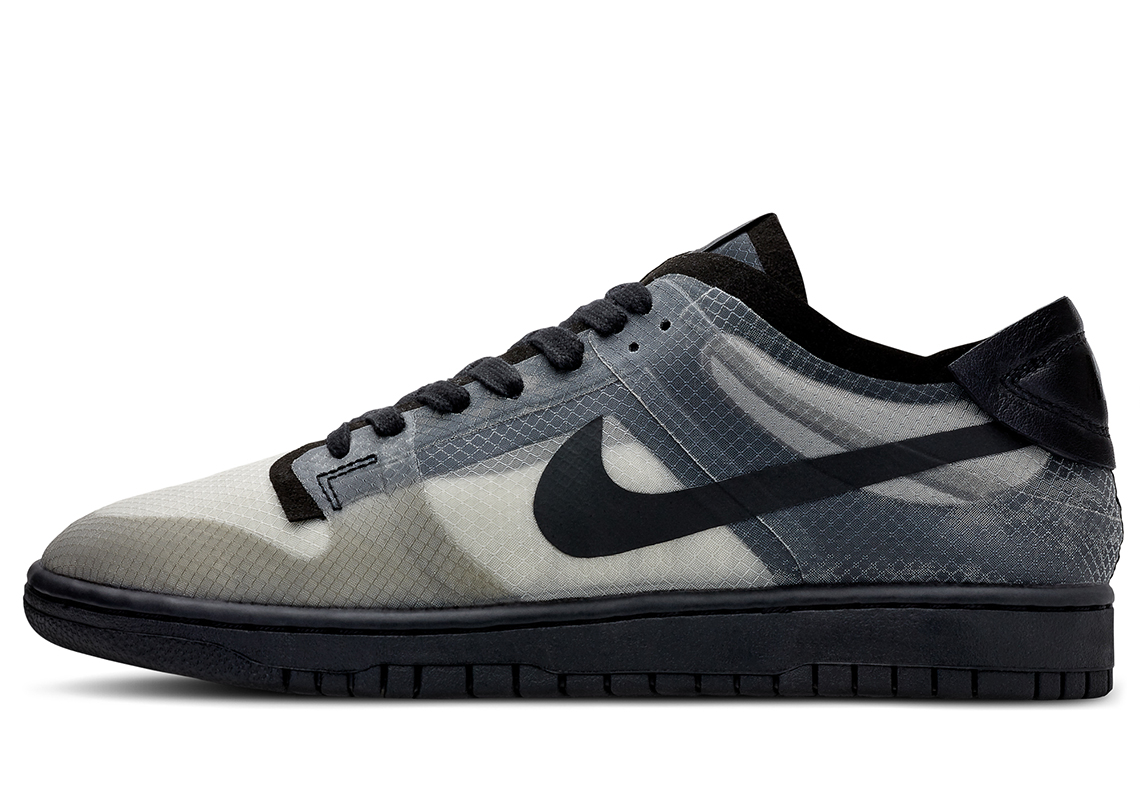 The most successful and memorable collaboration between both CDG and Nike till this date has been the Dunk High which featured the transparent upper. The sales for that shoe skyrocketed and for a mere retail price of $290, the sneaker resale value on average even today is $734.

In February 2020, the CDG X Nike Dunk High resells for $1357. This makes you think about the popularity of this particular silhouette and the die-hard fans who will spend big bucks just to get the pair they really want.

There have been a couple of pairs between CDG and Nike that didn’t fare as well in the market but that was mostly due to the silhouette choice. However, Comme Des Garcons X Nike Dunk is getting favorable reviews and that is being reflected in its resale value.

Since the shoe has been released, there have been a total of 75 sales for the printed version and a 114 sales for the clear version on StockX. Both the pairs are selling for north of $400.

According to our estimates, the Comme Des Garcons X Nike Dunk will have a resale value of $400-450. 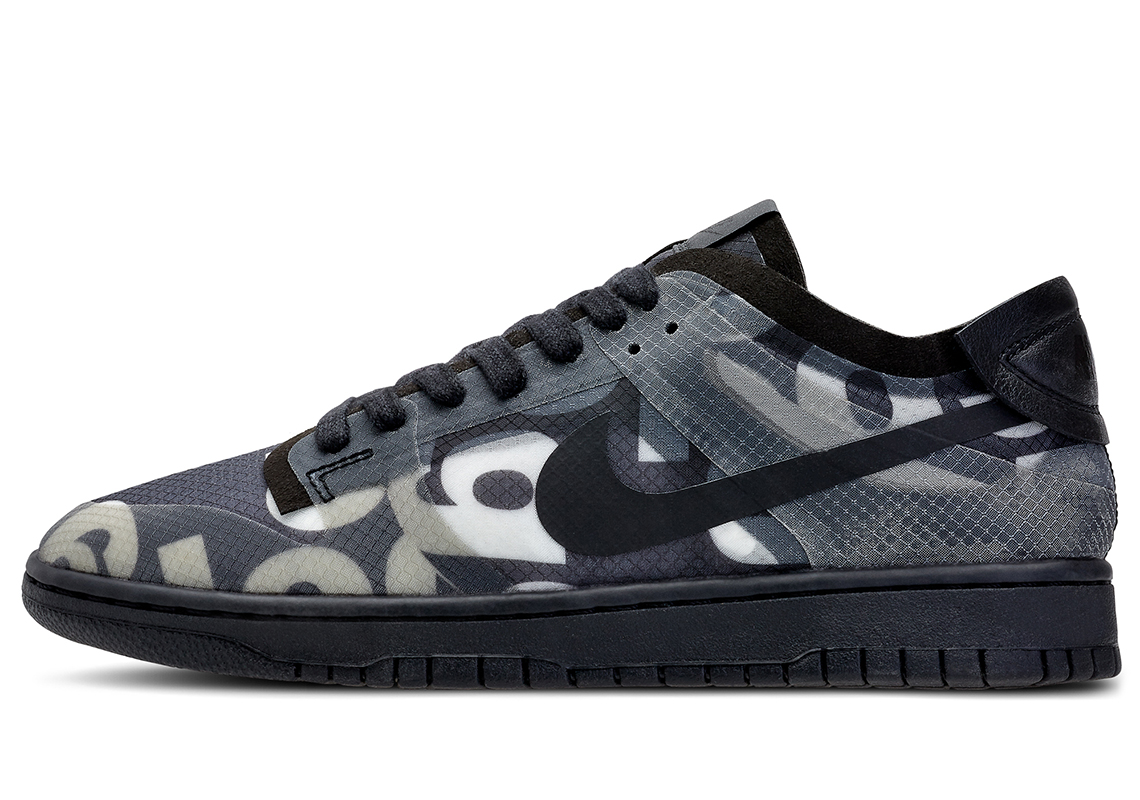 Well, there you have it folks, just another day for the Oregon based brand to sweep our hearts and our money away with their creative pieces.

If you want to get in on the sneaker making business and take advantage of these drops before they release, make sure you check out our Hypemaster Playbook – a step-by-step guide into the sneaker reselling business.

By signing up below, you’ll get a free sneak-peek of the playbook and receive tips on how you can grow your own business.