While basketball might not be coming back for a while, we still have a good news for some of our Nets fans. Nike has released KD 13 “Home Team” on 15th of May for a retail price of $160.

Coveted as the most versatile player the league has ever seen, Kevin Druant, made his biggest leap when he signed for the Golden State Warriors. In 2014, Durant was announced as the MVP of NBA and that was no accident.

Durant, after being drafted by the Seattle Supersonics had only one thing in mind. He wanted to win championships and for that he knew that his current physical stature wasn’t good enough. So like any world-class player, he packed on 30 pounds of muscle.

When you combine this newly built physique with his raw talent of being a guard, greatness was bound to take place. In 2016, Durant signed for the Warriors and then won 2 consecutive back-to-back championships with them in 2017/18. Twice he was awarded the Finals MVP accolade.

Durant, looking for new challenges, has signed for the Nets and we can’t wait to see what he has in store for us.

Believe it or not, in 2007 Durant almost signed for Adidas for $70 million to be paid over a period of time. Nike was only offering $60 million at the time but in the end Durant went with Nike because according to him he was more familiar with the brand and was comfortable with their authenticity.

In 2014, however, things sky-rocketed for Durant. His agency, Roc Nation Sports, secured a huge deal for him with Nike that would pay out $300 million over the next 10 years. To understand how big of a deal this was, we have to look at the context.

This is all thanks to the brilliance of Roc Nation Sports. The agency was able to get Nike to raise their hand by starting a bidding war with Under Armour. Initially, Nike had offered $20 million/year but then the agents went to Under Armour and got them to offer $26 million/year.

As soon as the news of the negotiations leaked, Nike swooped in at the last moment and offered $30 million/year. After this, there was no need to contemplate as $30 million / year was a no-brainer for KD. This is probably the last sneaker deal KD will do as an active player and he sure as hell milked it.

Although the KD is based off of a great player, it is still not as popular as Air Jordans or Kobe. The reason being is that, Kevin Durant isn’t a household name. Sure, avid basketball fans might know him but for average fans like us, we don’t really know who he is.

One thing to remember is that the popularity of a basketball shoe is linked to the player behind him. And since KD’s brand name isn’t at the top, his shoe isn’t either.

From a design perspective, like the Kobe, initially the KD was a standard basketball sneaker. However, over time it has pivoted towards a low-top style sneaker. This was probably done to cater to a wider market rather than just KD or basketball fans.

Initially, the KD were some of the cheapest available in Nike’s signature basketball collection. They were originally under $100 but with the introduction of KD V, KD VI, and the KD7 – the prices rose. Eventually, the KD 13 came to be priced at $160.

The KDs still remain some of the most affordable basketball sneakers considering most go for higher than $200.

Here are a few of the previous releases of Nike KD 13: 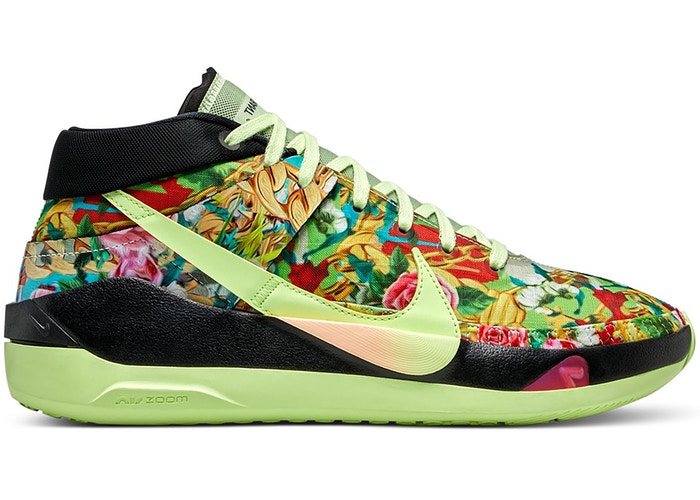 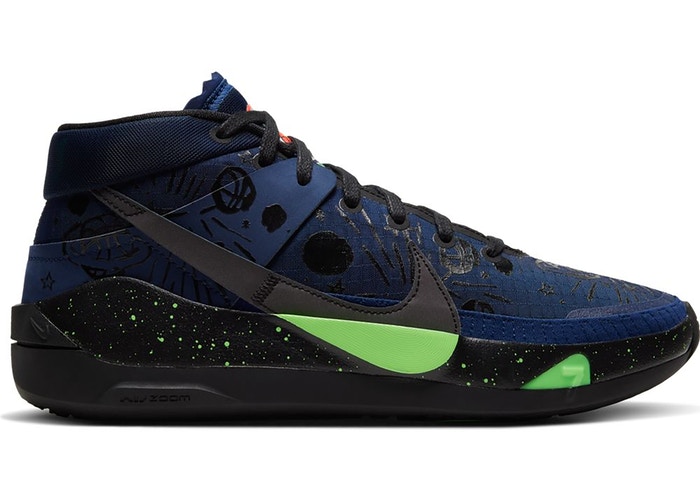 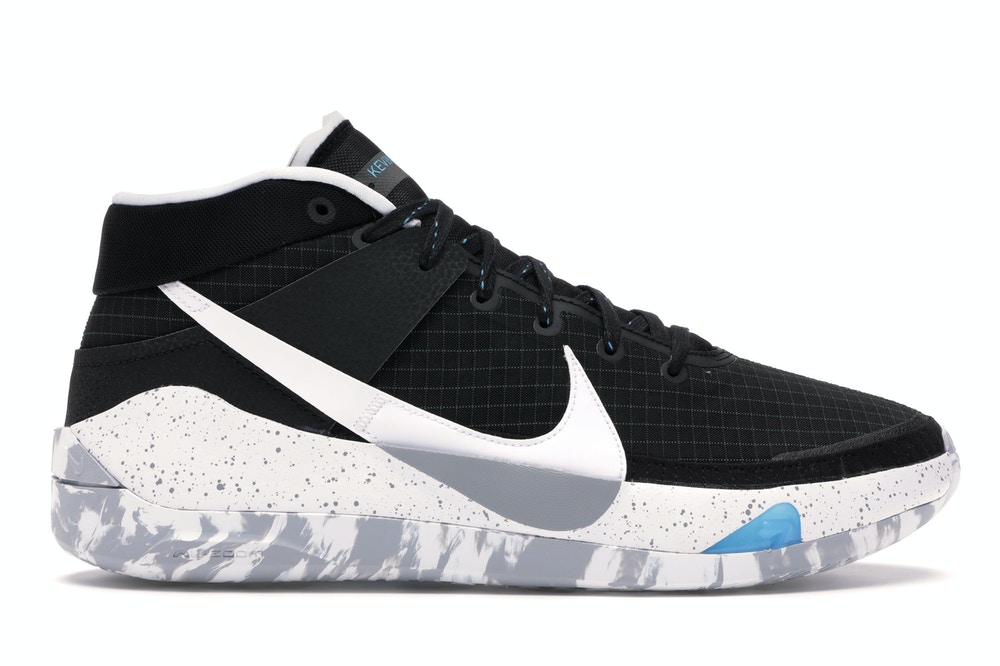 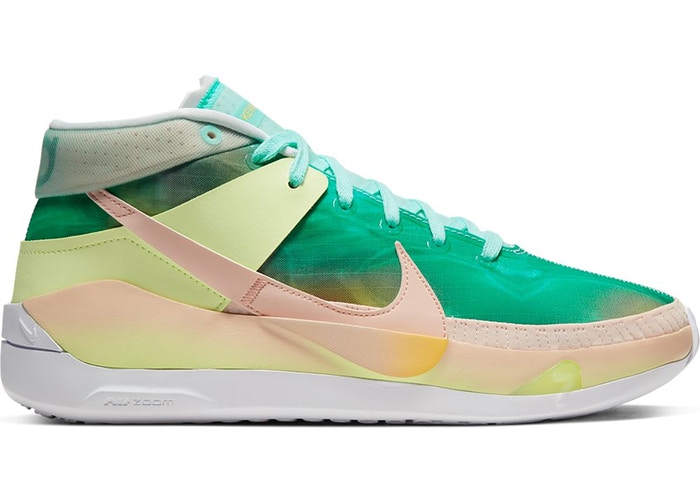 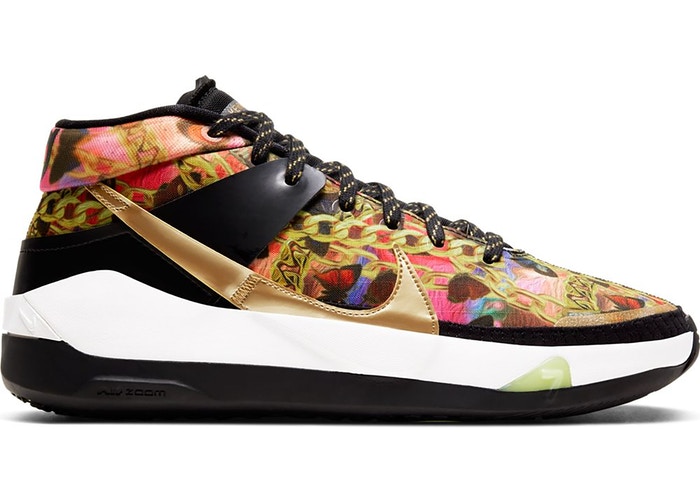 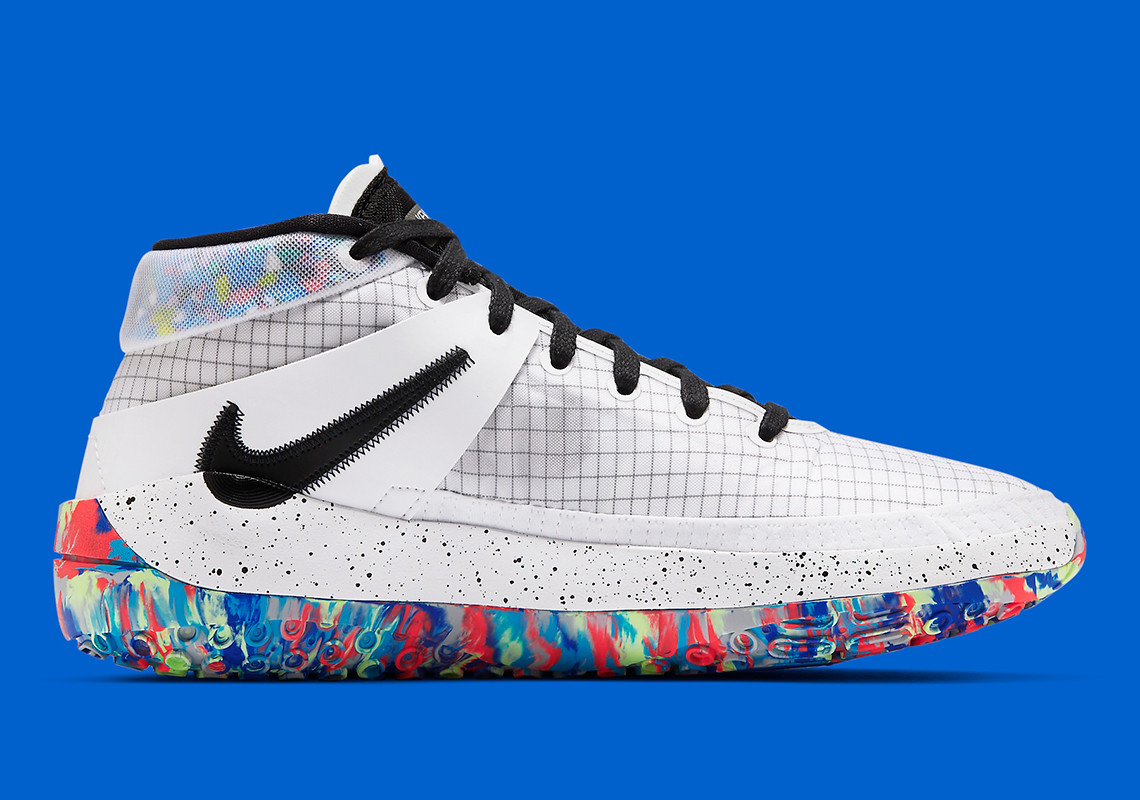 The Nike KD 13 Home Team features a white upper with black grids. The classic Nike black swoosh, and speckled midsoles translate to the team’s primary colors and at the heel we can see a multi-colored camouflage graphic. 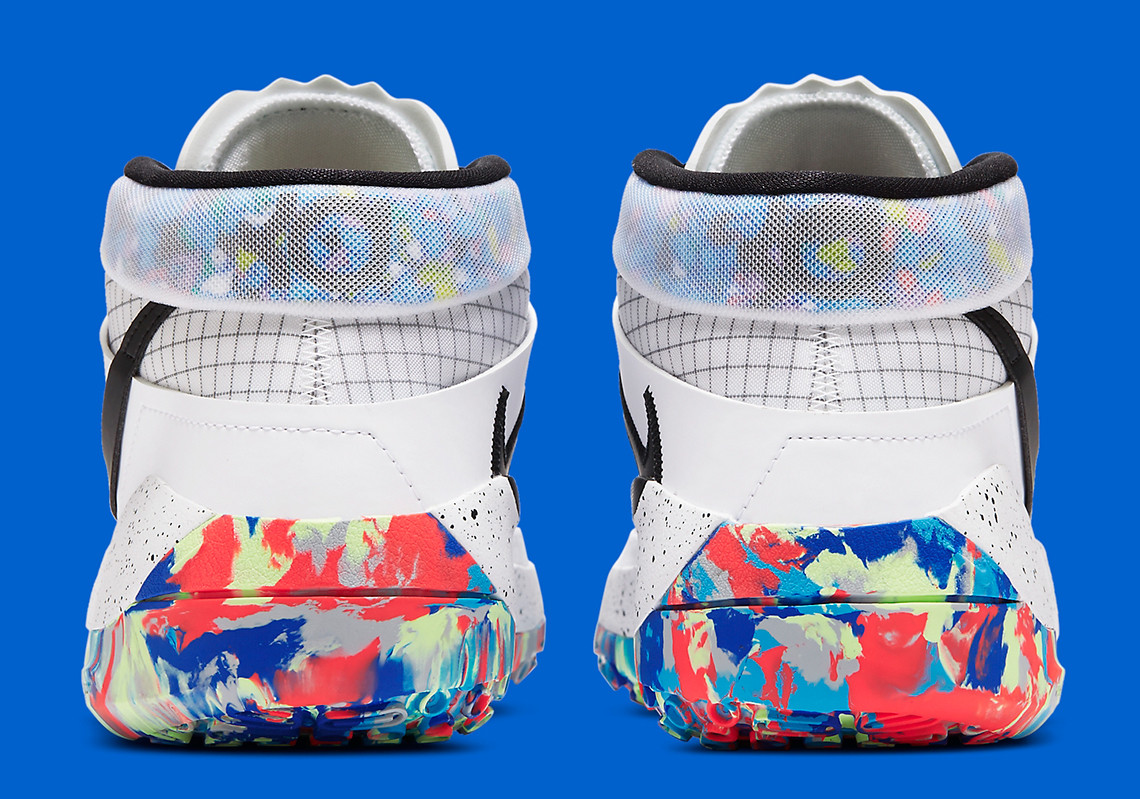 You can buy the Nike KD 13 Home team from the following links: 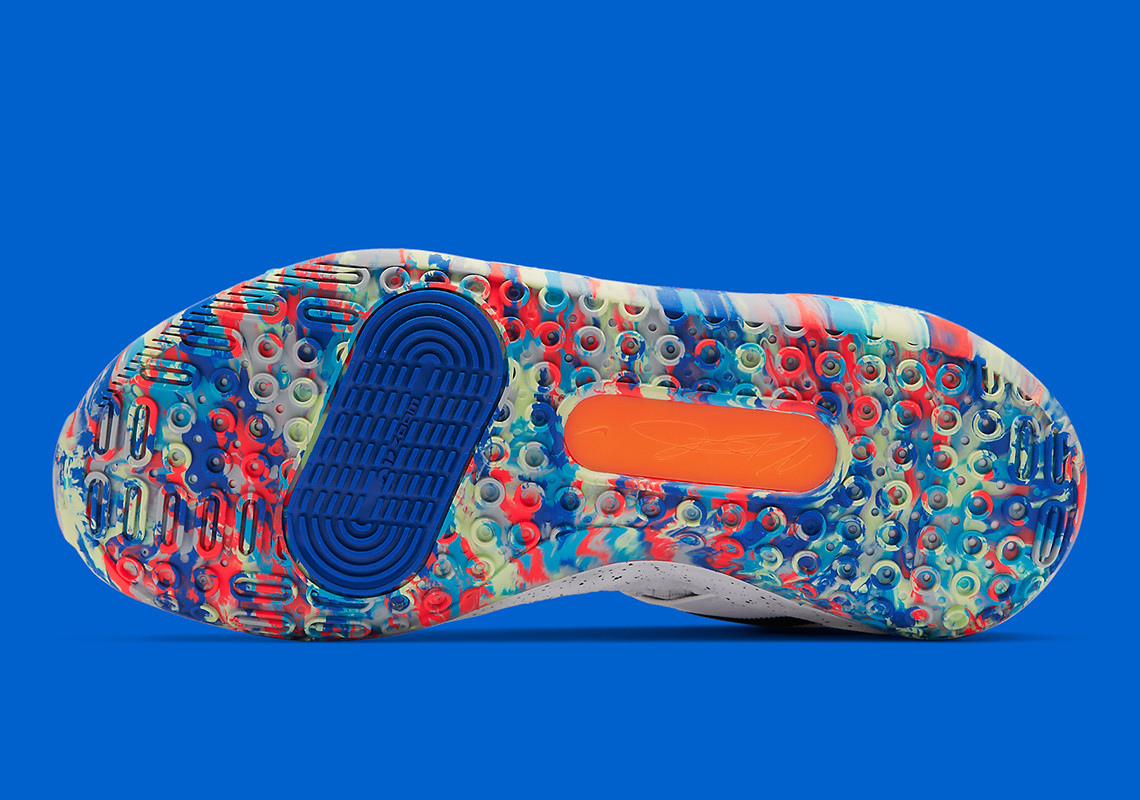 As I said before, the KD isn’t a popular shoe because when you look at the offerings within Nike’s basketball line-up such as the Jordans, the Kobe, and etc – it just doesn’t perform as well.

Most people who buy it, buy it out of personal choice and not because they want to resell it. Due to this, the resale value of the KD line-up isn’t as good as others.

Looking at StockX, there have only been 2 resales of the KD 13 Home team for an average price of $163. This goes to show that the KD 13 isn’t really in demand and you’re only going to be able to break-even on it.

Therefore, the sneaker’s resale value is its retail value.

Well there you have it folks! Make sure you’ve signed up below to receive a free sneak behind our Hypemaster Playbook. Till next time!