On the 30th of July, Stussy and Nike are coming together to release worldwide a much-awaited collection. Within that collection, we will be getting two iterations of the Nike Air Zoom Kukini for a retail price of $170.

The streetwear brand, started by Shawn Stussy, in the 1980s benefited by the surfwear culture and since then has placed itself into the hearts of OG streetwear fans. It was only a matter of time that it would collab with Nike and release something fire!

Let’s take a look at some of the collaborations between Nike and Stussy over the years.

History of Stussy and Nike 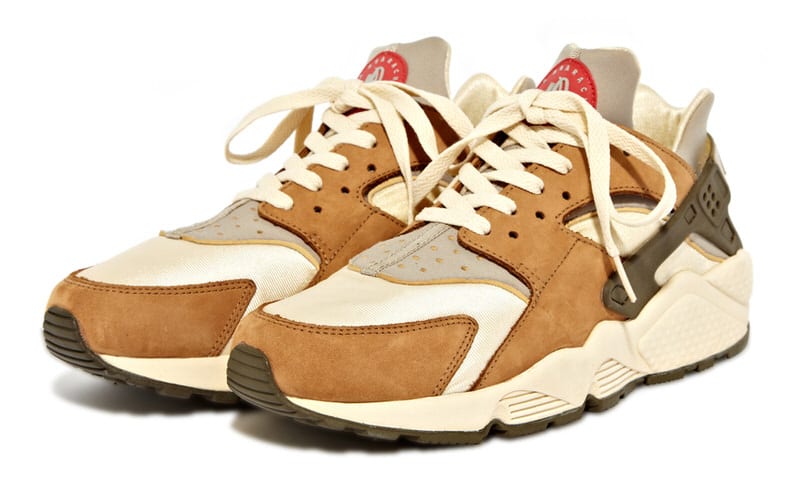 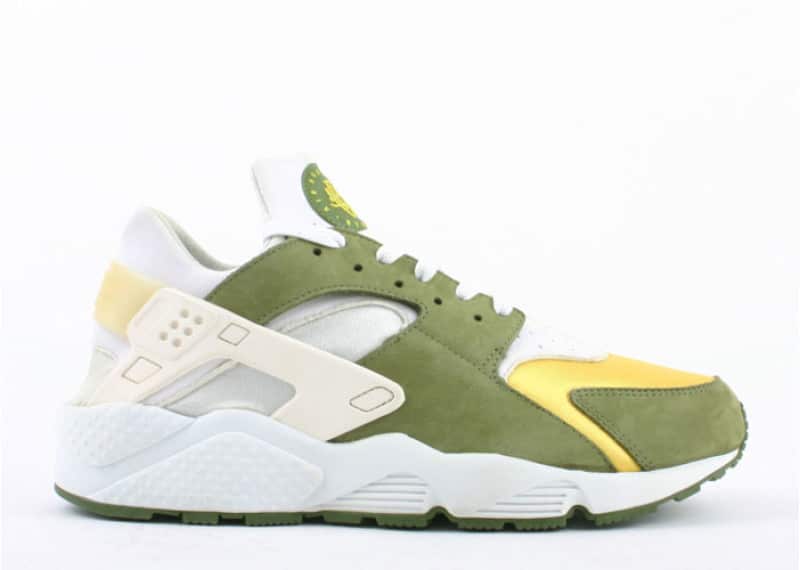 The first-ever collab between both the brands took place in 2000 and released a pair of Air Hurache LE. This was a special European project that included the likes of Fraser Cooke from Nike and Michale Koppelman from Stussy.

The release was to be sold exclusively at Stussy’s London store and the aim of this project was to conceptualize two different colorways of the retro runner. You had to be really lucky to get your hands on these even back in 2000 as they were released in limited amounts. 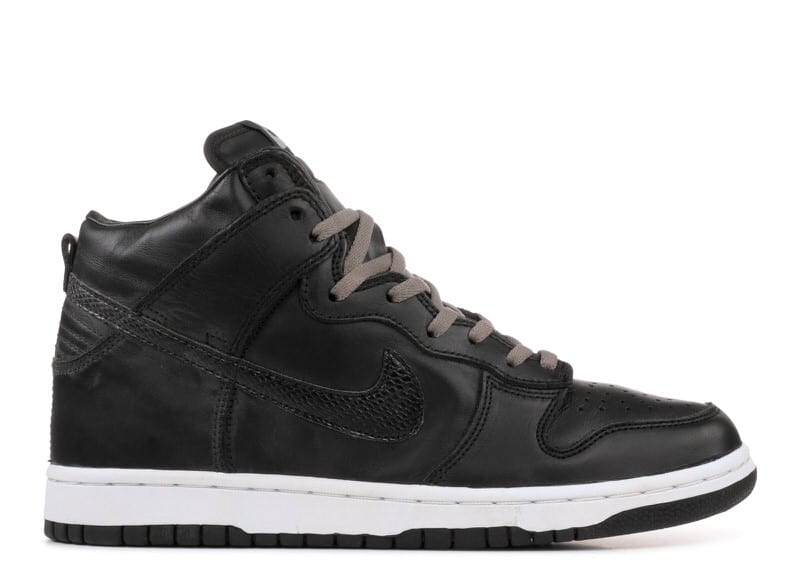 In 2001, the brands came back together to release two different colorways of the classic Nike Dunk High. Interestingly enough, instead of basketball players, the drop became popular with skateboarders who realized that the Dunk outsole was ideal for increased board feel and this is when Nike got the signal to release a separate SB line just a year later. 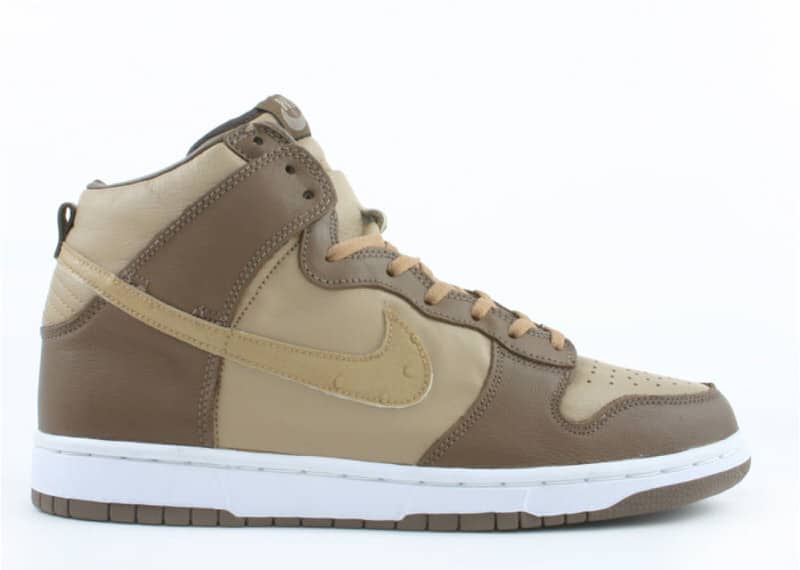 Moreover, this was also the first time that the Nike Dunk would utilize ostrich paneling on the brown colorway and snakeskin on the black – instead of the traditional leather. These Dunks were only available at Stussy Chapter stores in London, Tokyo, New York, and LA. Once again, the sneakers were released in limited quantity which led to people lining up outside of the stores! You can thank this collaboration for the modern-day raffle system.

Fast forward to 2012, Stussy and Nike released a collection which featured a new climactic technology that allowed the wearer to embrace the coldness of the winter. Due to the fabric used on the sneakers, they would perform very well on off-road surfaces. 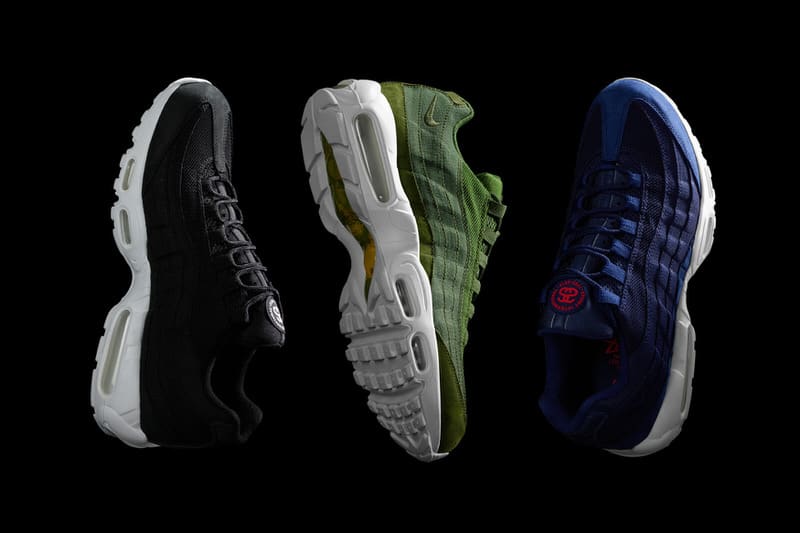 In honor of the collaboration between both brands, Stussy and Nike came together to release a 3-pack of the Nike Air Max 95. Each sneaker had a white outsole with Stussy’s iconic logo, and you could get your hands on either the black, green, or the blue colorway. 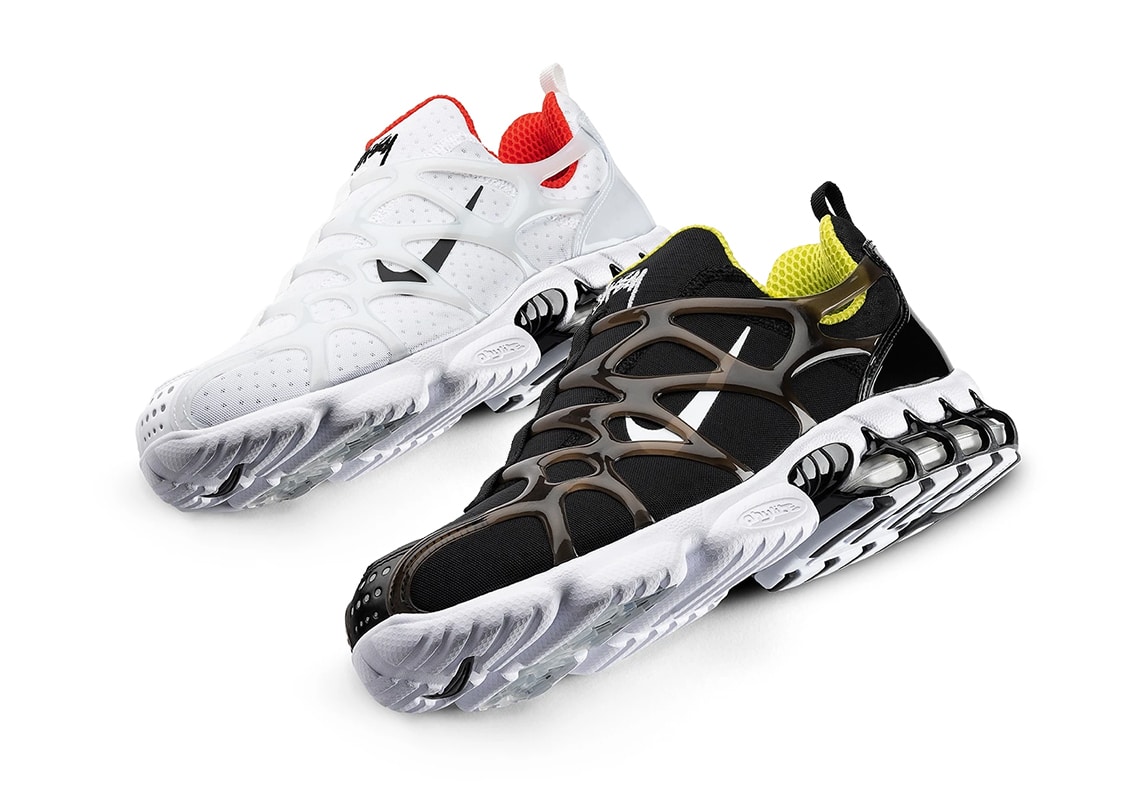 The collabs don’t seem to stop between the two and that is why we are excited to see their latest collection release worldwide on the 30th of July. Not only will there be 2 iterations of the Air Zoom available up on the market, but a variety of apparels will also be releasing, such as track pants, slippers, tote bags, t-shirts, and jackets. But since we only care about sneaker resale, let’s just talk about that here!

On the 30th of July, 2 iterations of the easy-on-easy-off of the Air Zoom Kukini will hit the market worldwide for a retail price of $170. The sneakers were initially teased back in April and now we are so close to finally getting our hands on them! 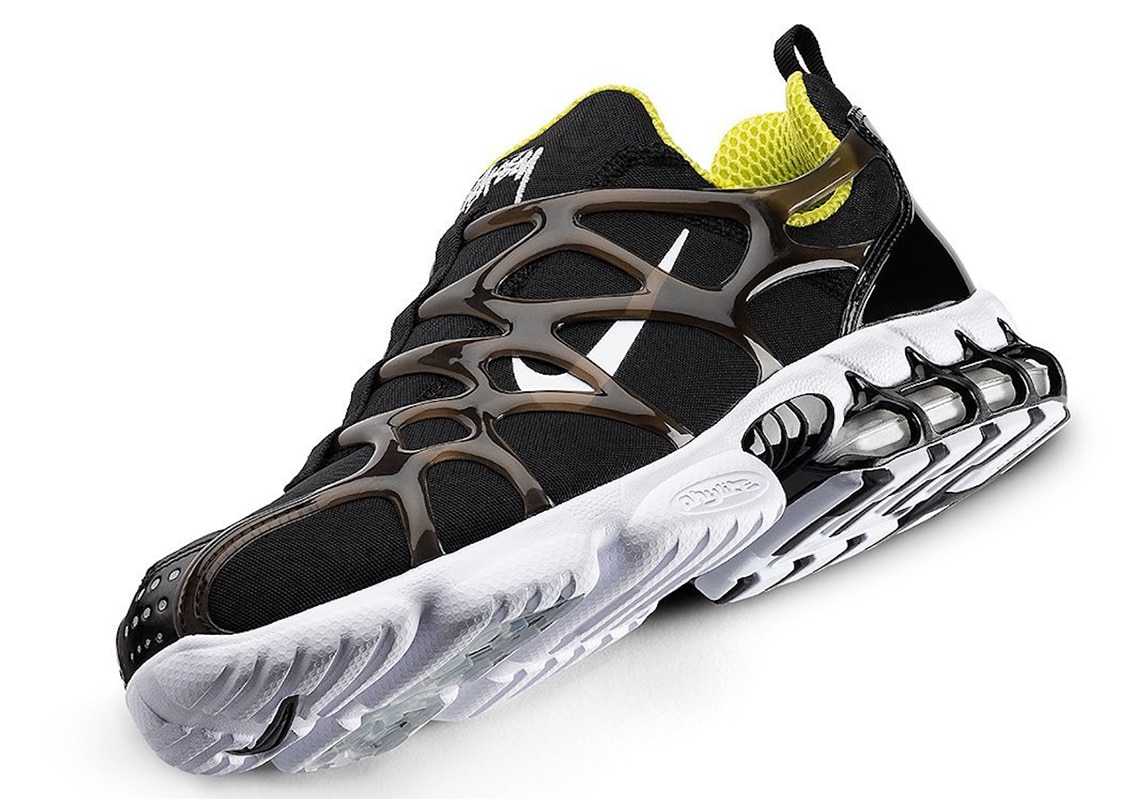 The offerings come in Black and White. Both the iterations have a web-like caging featured on the upper in their respective colorways. For the Black Air Zoom, we see a dark brown tint on the caging with cactus green sock liners. While the white colorway features a translucent caging and bright red sock liners.

Unfortunately, the sneakers are sold out on Stussy’s website, therefore your best shot is through raffles. Here are the links:

This is one hot drop guys! There’s no doubt in my head that it will be sold out within a matter of minutes as soon as it launches, and you might need the help of sneaker bots if you’re going to win any raffles.

According to our estimates, the resale value for both the sneakers will be likely around $220-$280. For a retail price of $170, these profits are not too shabby!

The initial release saw the pairs sell for anywhere between $200-$600 but since then the price has relatively been falling so better flip them ASAP! 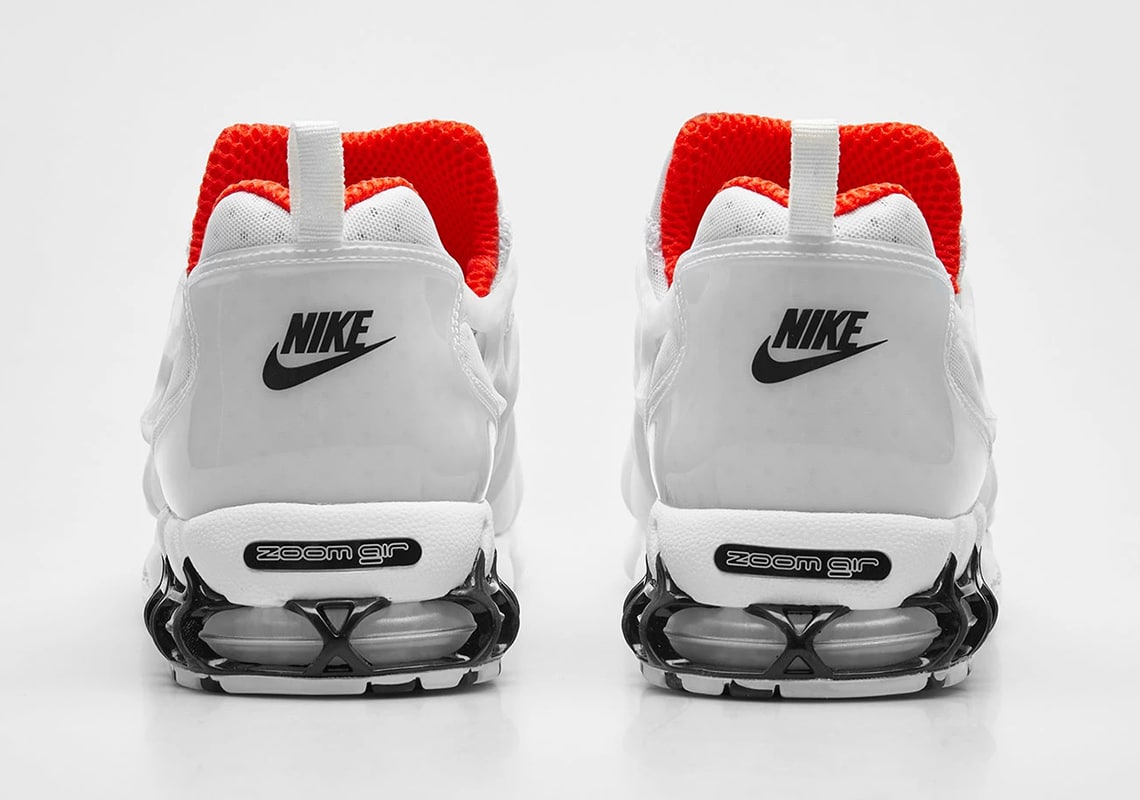 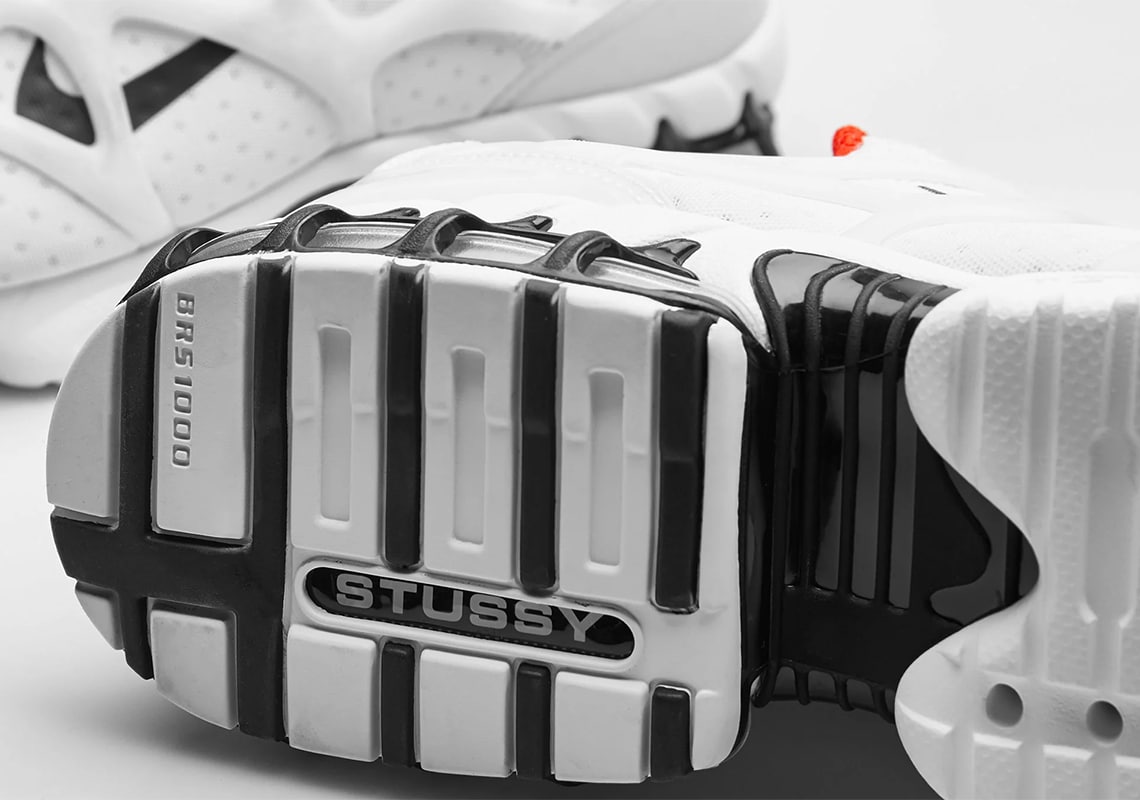 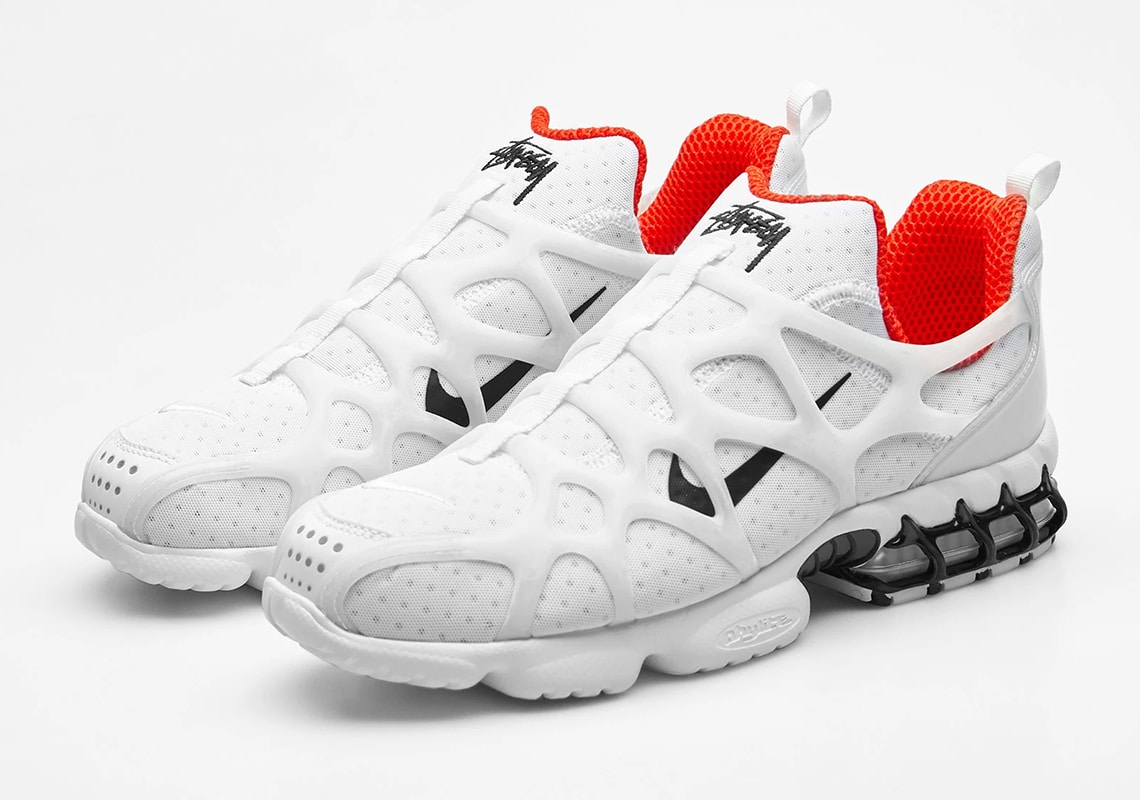