The Nike x Fear of God 1 is back with the new Nike x Fear Of God Triple Black/Triple Noir dropping on the 25th of April!

The collaboration was highly anticipated since the Nike x Fear Of God 1 String and black dropped. Jerry Lorenzo has really knocked it out of the park this time. Keep reading for more details.

An education on sneaker re-selling may be a lucrative opportunity during these uncertain economic times. This Multi-Billion Dollar market keeps on increasing so you never know you might hit the jackpot!

To get instant updates of releases such as the Nike x Fear of God Triple Black. I urge you to sign up to our news-letter below and never miss out!

Also check out our blog for some awesome re-selling and copping tips!

See conclusion for those in a hurry.

Let’s get right into a bit of history first! 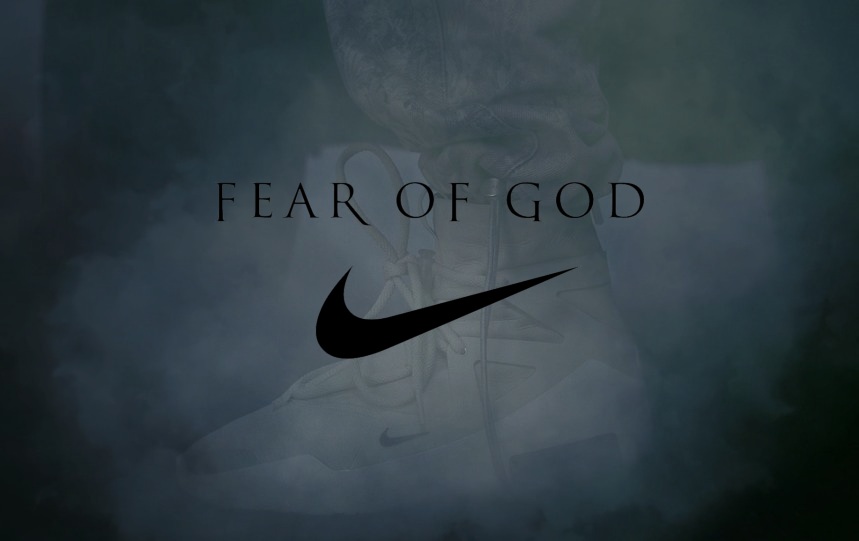 After a very successful run with Vans. Jerry Lorenzo left in favor of Nike to start off their new collaboration in various colorways.

The explanation for the collaboration was also provided by Lorenzo that he wanted to inspire emotions. He wanted the consumers to feel how special the design was just by looking at it.

He even made a point by stating that the great athletes (Michael Jordan) did not compromise on style for pure performance. The collaboration was zealous and what it produced was a masterpiece.

The sneaker featured double cushioning with the typical air max unit on the mid-sole. The design was bold and powerful that certainly turns heads even today.

There is also a TPU cage on the upper which I assume is inspired by the Huarache Light. A beautiful looking sneaker but with a hefty price tag.

Let’s look at a few examples and see how they did on the resale market. 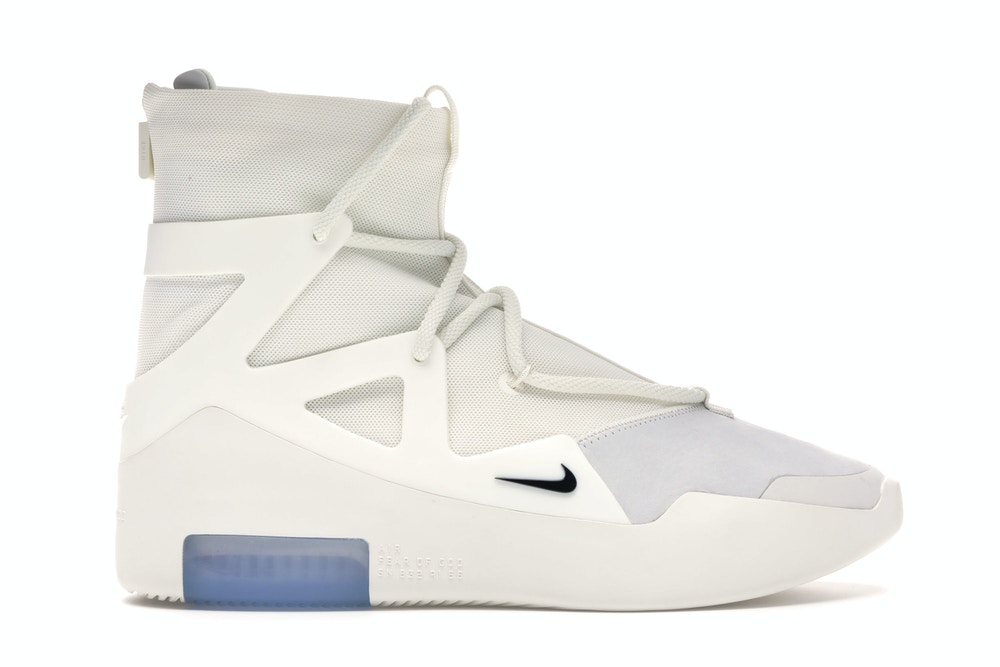 The same silhouette as the triple black, the white/grey Sail colorway is a beauty to many. This was the second time Lorenzo did a collaboration and is reminiscent of the Light Bone colorway.

The shape and simplicity of the color tone, luxe fabrication and basketball sneaker level performance makes this a treat. Although it may be on the heavier side for some, it’s definitely a sneaker not to be slept on.

The sneaker also features a lighter shade which compliments the darker tone that sits just below it. The toe box on the other hand is a darker shade with some paneling of suede.

The air unit is a tinted blueish-grey on the mid-sole and finally miniature black Nike swooshes on the sides.

According to StockX, the re-sell value was quite good. The trade range is between $453-$577 which would have earned you an average profit of $175. The peak profit is $650.

Moving on to more similar colorways to the Nike x Fear Of God Triple Black. 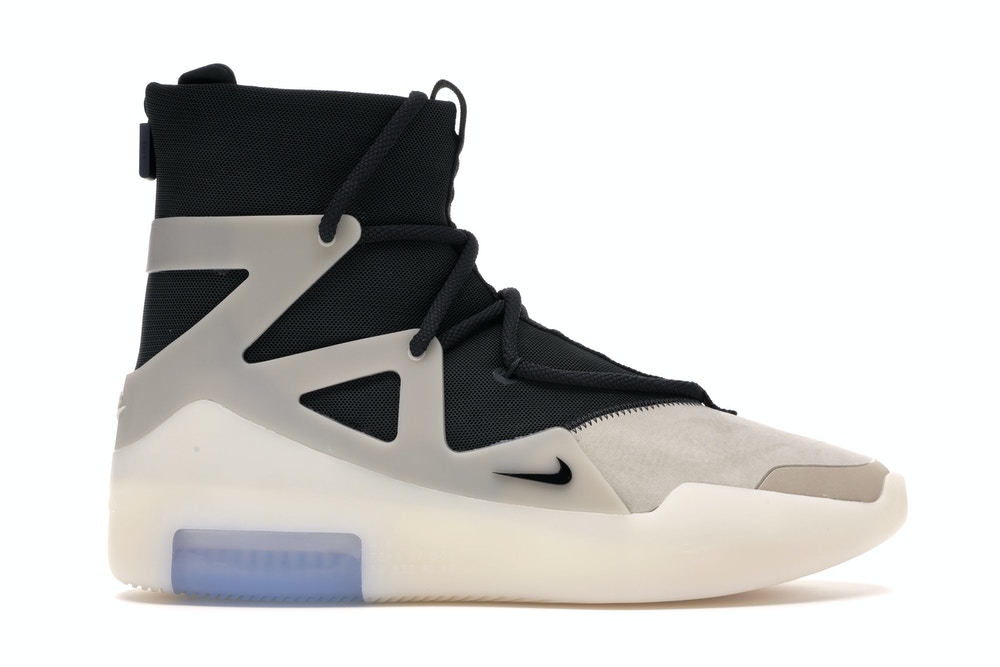 A more recent model that released back in February of this year, it sure looks clean even with the multi-color tone. It did even better than the Sail on the resale market.

That’s pretty good! However, let’s look at the most similar colorway to get the most accurate estimate. 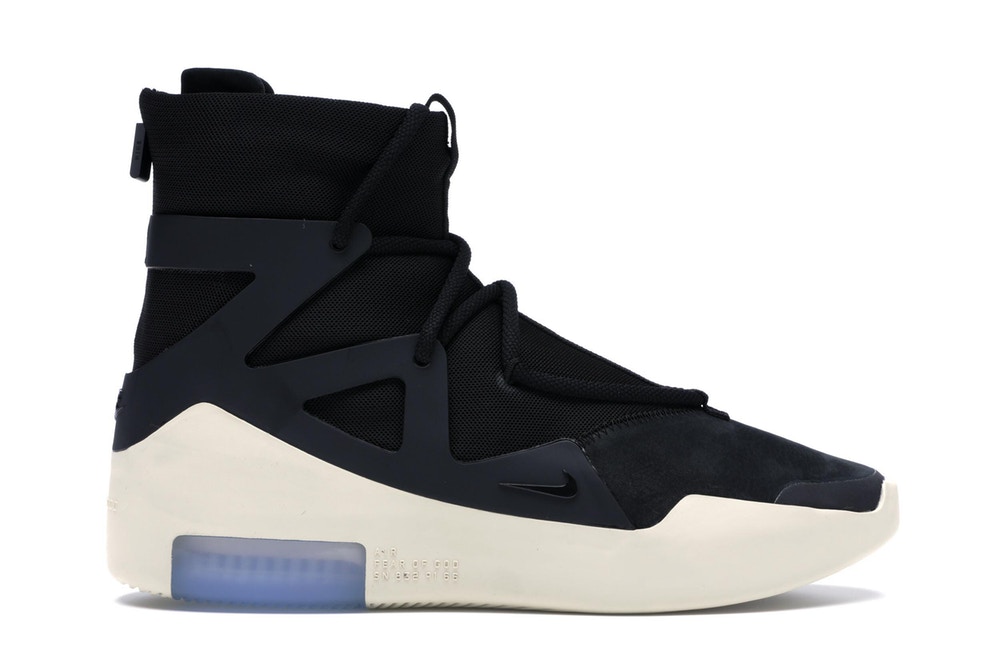 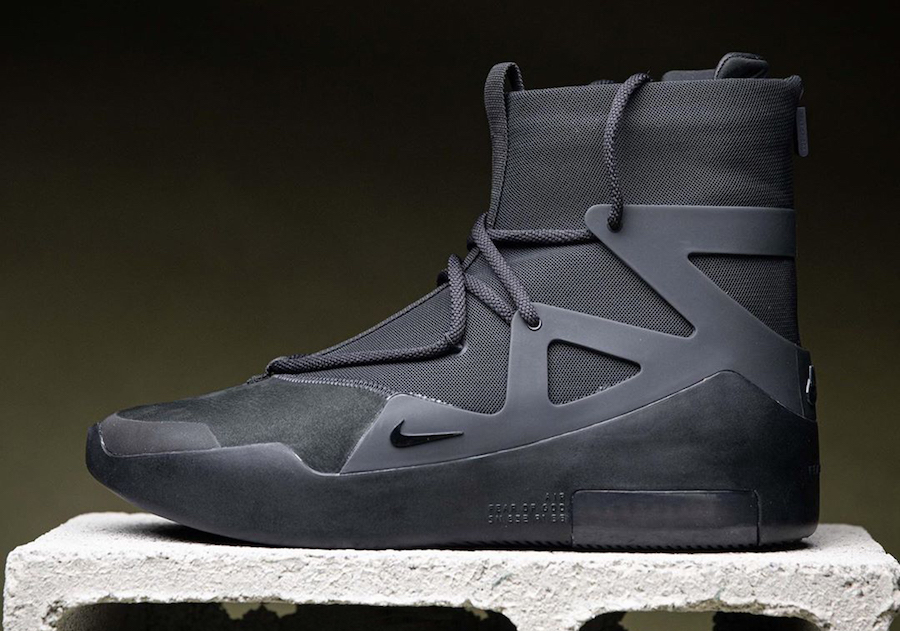 The Nike x Fear Of God Triple Black, even among this chaos, finally drops on the 25th of April. Making this the 10th release of the Fear Of God 1 silhouette.

It features a breathable black upper that looks as good as ever with pure charcoal laces. The signature TPU cage and heal, inspired by the Huarache Light. 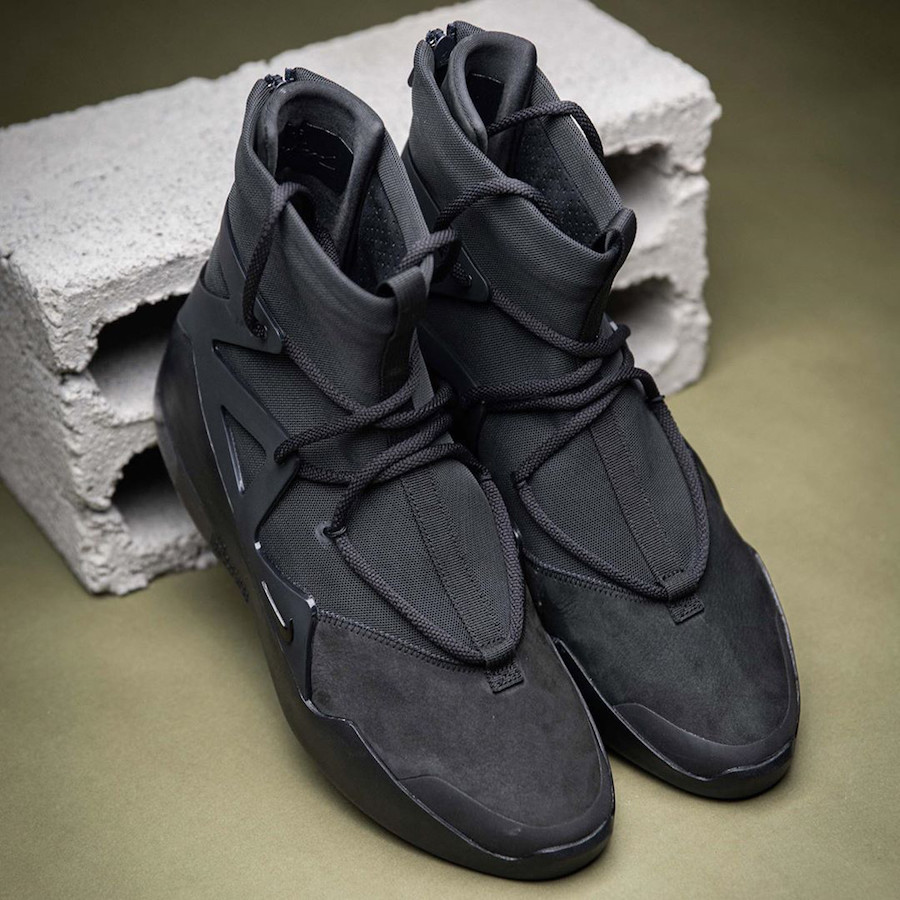 The sneaker also features the double height Air zoom heel unit that’s similar to the unit in the Air max 180. A black Nike swoosh and a black zipper at the back right above the Nike Logo is also visible. 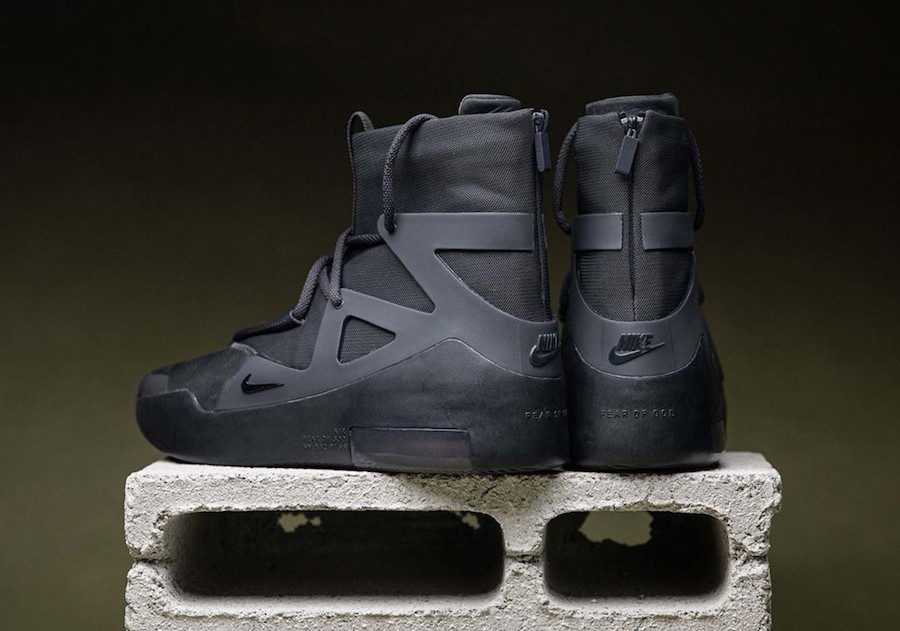 Finally, a black out-sole with a vortex pattern for traction and Nike logo finishes off the design. 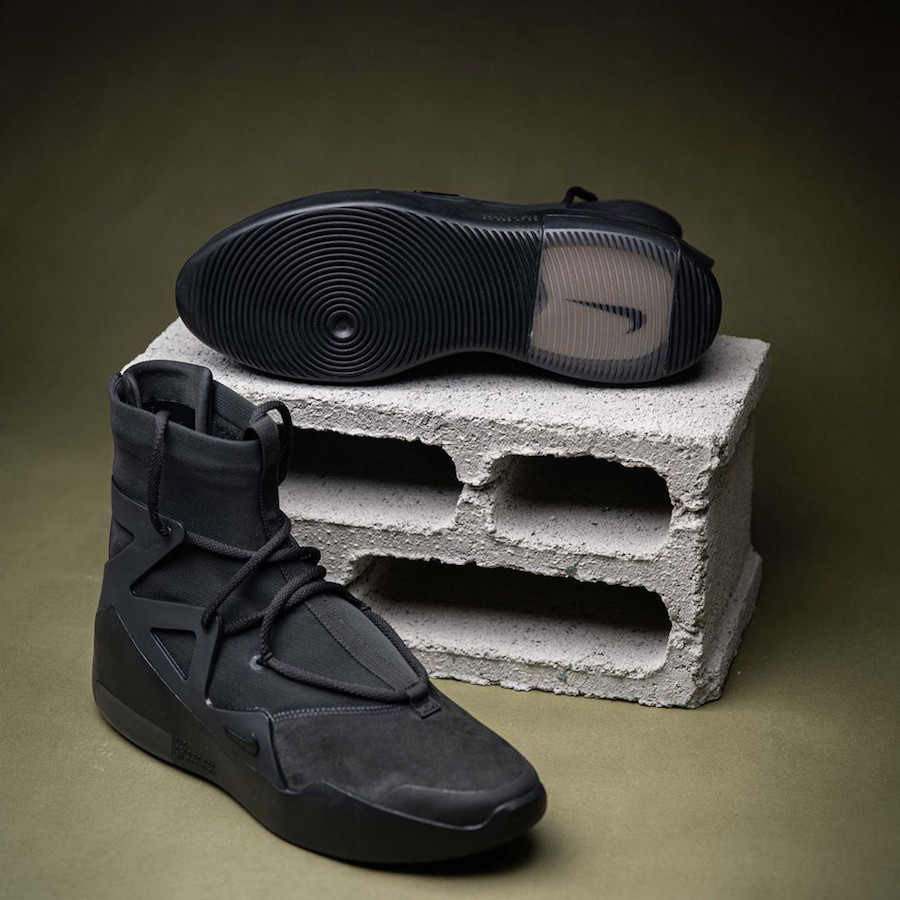 These kicks are fairly limited in value, much as the releases before them which means great for its resale potential. According to estimations of previous models, these may be re-sold for an average $550.

However, if the current situation with the market improves this could easily improve to $750. By judging the previous colorways, $750 or a higher resell value is quite reasonable.

Furthermore, the most profitable sizes are likely 8-10.5 with 9 or 9.5 being my best bet. A quick flip would be ideal if you need cash quick otherwise hold on to them.

You can get these sneaker, but you’ve got to work for it. It is probably going to be limited so you’ll have to be fast.

These will sell at the Nike official website and select retailers. You can also find them at StockX.

Copping this may be hard, and if you want to stay with the competition, I suggest investing in a bot such as the Nike and aiobot. It may do wonders for you!

The Nike x Fear Of God Triple Black releases on the 25th of April for $350. The estimated resell price is to be about $550 with potential for more depending on the economic situation.

I suggest going for sizes 8-10 with 9.5 being my best bet for most profitable.

You can cop these for retail on the Nike official website, select retailers or at StockX for Resale prices.

That’s all folks! Make sure you follow us on Instagram for quick snaps and info on hot new releases. Also, feel free to join our SFSH cook group for valuable insider knowledge.

If you’re thinking of making some money on the side by selling sneakers, I suggest the Hypemaster Playbook. It’s your all-in-one handbook for all the knowledge you need on the subject.

The Sneakers App: Everything You Need to Know

Which Were The Best Women’s Dunks For Reselling In 2022

Nike By You: What to Know About the Cool Customizable Sneaker Service