Hawkins High, OG Nikes…the “Stranger Things” x Nike Collab is one of the most coveted, wearable, and resellable of summer 2019.

Nike has decided to team up with streaming juggernaut Netflix to put together 2 collections inspired by their original series, Stranger Things. The ominous, sci-fi show continues into its third season debuting on the 4th of July this year.

With the return, this capsule couldn’t come at a better time (those who simply want to learn where to buy these–keep reading to the end of this article for a full list of each shoe model and a Nike release link).

After a release in July 2019, another highly anticipated release date in August 13th includes the “Upside Down” pack, which could sell for more than any of the previous models–more on those later.

All the sneakers and sportswear tout a retro, 80’s look which is having a moment right now. The first two seasons of Stranger Things have been set in 1983 and 1984 so it’s expected that season three will be in ’85.

The description on the Nike site reads, “In the summer of 1985, several transport vehicles departed from Nike HQ in Beaverton, Oregon, carrying special product shipments headed to multiple locations across the US. Unfortunately, a few of the shipments never made it to their destination. “

“These vehicles all had one thing in common…they were last seen on surveillance footage passing through Hawkins, Indiana. Nike, concerned and confused, never mentioned these missing shipments to anyone for fear that something supernatural was at play.”

Why is this an exciting drop?

All the right pieces come seemingly are together. The collab is between two brands people know and care about. There’s an upcoming event (the return of the series) to further the brand awareness. There’s a phenomenal backstory associated with the drop, that being the disappearance of the Nike shipments. Last and most importantly, the products have an aesthetic that are topical yet have some small, attention grabbing nuances.

Another fun tidbit is that most of the young cast is into sneakers and main character Caleb McLaughlin has an episode of “Sneaker Shopping” so it seems like this is an organic partnership.

Nike already did a small shock drop at E3 in California this past week featuring an eerie promo and some VR. Check out how they found the missing shipment.

There will be two different collections each with their own release date – dates and times will be mentioned in a later section. All sneakers will be $120.

I’ll preface by saying that each collection has the same catalogue of items but will feature a different color way and theme. Another difference between collections is the packaging as well as the small extra you receive – a set of special edition pins that will be coordinated to each pack.

The collection dropping soonest is dubbed the “Hawkins High” collection. The thought behind this is to mirror the color scheme of Hawkins High which is the high school in the show. The footwear and garments are draped in green, orange and white and display their tiger mascot loud and proud. The sweat suits, t-shirts and hats are putting out major vibes of PE classes of the 1980s.

The next collection is the “OG Pack/Independence Day”. Without saying, this pack is in celebration of Independence Day with a red, white, and blue color scheme and insoles with unique fireworks. Per Nike, they want to highlight the state of basketball in 1985, sharing that in that year “pro basketball was swinging firmly into its showtime era” and that it “was the year visible Air began to take shape”.

We will certainly keep our eyes open this season to see if there will be any students rocking some of the pieces. As many know, the show has had a handful of Easter eggs and gems in the past for viewers to look for.

The Upside Down Pack

After the success of the first round of shoes in July, Nike x Stranger Things is set to drop an “Upside Down” pack in August.

The collection includes an average looking tweed-ish exterior on classic Nike silhouettes of the Blazer and the Tailwind, but in standard Stranger Things fashion, things are much deeper than what they seem: there’s a distressed denim layer to be peeled and revealed through abrasion, intentional or not.

The wear and tear customization is similar to the highly sought after recent “LA to Chicago” Nike SB’s, so we expect these to be desirable on the aftermarket.

The Tailwind variation of the “Upside Down” colorway saw an early release at BAIT in San Diego, and is going for big money on eBay already.

Just like the previous collections, we are also expecting a Cortez silhouette of the Tailwind OG to top it off for the “Upside Down” pack.

Onto the good stuff, THE SNEAKERS. The first to discuss in the packs will be the Nike Cortez. The Cortez along with the rest of the lineup have something in common – their age. Seen as a West Coast shoe and also the footwear of one Forrest Gump, this sneaker originally hit the market all the way back in 1972.

The Cortez is no stranger to new iterations. In the past the silhouette has been linked to Kendrick Lamar, Comme Des Garcons, and an Earth Day celebration.

The tweaks on this classic are the Stranger Things branding on the tongue and the Hawkins High insignia on the heel. The OG pair has 1985 written on the heel in lieu of Hawkins.

Next shoe we’ll talk about is the Nike Blazer. The Blazer made its way to consumers in 1973, only a year after the Cortez. This model has also gained it’s fair share of hype from collaborations with heavy hitters Off-White, Sacai and Supreme.

This iteration again has a predominately white upper with a blazing orange swoosh. The same Stranger Things branding on the tongue but has the Hawkins badge on the inner ankle portion of the shoe. The OG’s don a royal blue color all over with 1985 on the heel panel.

Lastly, another model gaining some traction in today’s footscape, the Tailwind ’79. We’ve seen the Tailwind on Nike’s “Be True” campaign recently and it’s safe to say the retro runner look is on trend right now. For example, the Sacai Waffle’s and the Undercover Daybreak’s.

The newest rendition sports a green upper with similar Stranger Things styling as the Cortez – the ST logo on the tongue and the Hawkins emblem on the heel. The OG pack’s Tailwind is mostly white and again has the iconic 1985 on the back.

Reebok tried the collaboration with Stranger Things in November of 2017. Worth noting that it also shared inspiration with Ghostbusters. While the sneakers sold out, you can find them reselling for under retail. The silhouette was the Reebok Ex-O-Fit Hi which was worn on feet by main character, Dustin.

My synopsis is that the release was a little too noisy – a Reebok sneaker with help from sneaker boutique BAIT which outfitted itself with Stranger Things and Ghostbusters drawings. A more concise target and approach with Nike may lend itself to a more successful resale market.

Stranger things has also done merch collaborations with fast fashion brands such as H&M, Forever 21, and Topshop. You will also see them in the fast food space in an upcoming partnership with Burger King and Coca Cola as well.

When & Where to Buy

The first two July 2019 packs are slated to top exclusively on the Nike SNKRS app. Be sure to click the “Notify Me” button on the app to get reminders before the drop. Times below:

The Hawkins High Collection – release date in its entirety: Thursday June 27th, 10 AM

The OG Collection – release date in its entirety: Monday July 1st, 10 AM 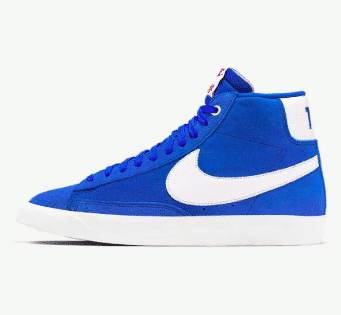 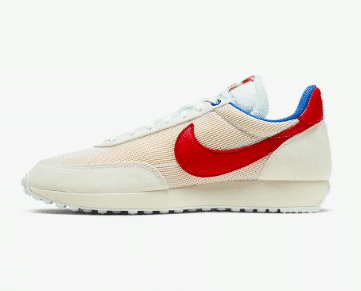 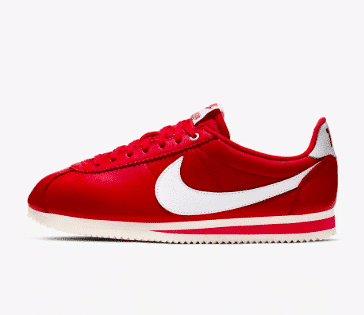 Where to buy: Nike x Stranger Things “Upside Down” Pack

The Upside Down pack, including the Nike Blazer the Nike Tailwind  79 and Cortez is set for a release date of Tuesday, August 13th 2019.

You can get these beyond just the Nike SNKRS/launch app, so we included some links to retailers that are confirmed to stock these as well below.

Check out each of these release date links and follow the instructions on each respective site, as some have a countdown timer, others do raffles, or any other style of opting in so you can have your highest chance at getting this collection for the retail price.

Will the Nike x Stranger Things Collection have resale value?

Although some resale value of $20-$50 over retail has been seen on aftermarkets like eBay and StockX, this entire collection is more for the fans to buy and keep than it is for the resellers out there. If you’re in the latter group, check out our monthly shoe lists of resellable shoes and be sure to subscribe to our newsletter for more notifications.

Earlier pairs of the BAIT San Diego exclusive “Upside Down” Tailwind is going for big asks on eBay right now in early August, pre-general release as you can see below:

The August 13th “Upside Down” pack is expected to be the most valuable based on these early eBay prices, although resale will be closer to $50 or $100 above retail come release date after an initial spike.

How does everyone feel about these collections? What other TV show crossovers into sneakers have you seen? Let us know what you think.