It’s been long but I’m back with news of the Yeezy V3 Alvah finally releasing on the 10th of April! After constant delays because of the Coronavirus pandemic, a lot of releases have been delayed just as this one.

Hopefully this time it’s for real but even if it isn’t, here at sneakerflippers we’re dedicated to bringing you up to date information about the hottest new releases.

Check out our blog for education about sneaker re-selling.

Also I urge you to sign up to our news-letter below and never miss out on crucial information! You never know it may be a gold mine for you just waiting to struck!

Some experts actually believe this Multi-Billion Dollar market may be expanding due to the virus. They believe online sales may be increasing, so take your chance and re-sell today!

The Alvah is a stealth looking version of the V3 700 which is a nice rendition of the previous 700 models. This came about due to the willingness of Kanye to try new things. It has a fair bit of history behind it.

Skip to conclusion for quick and valuable info. 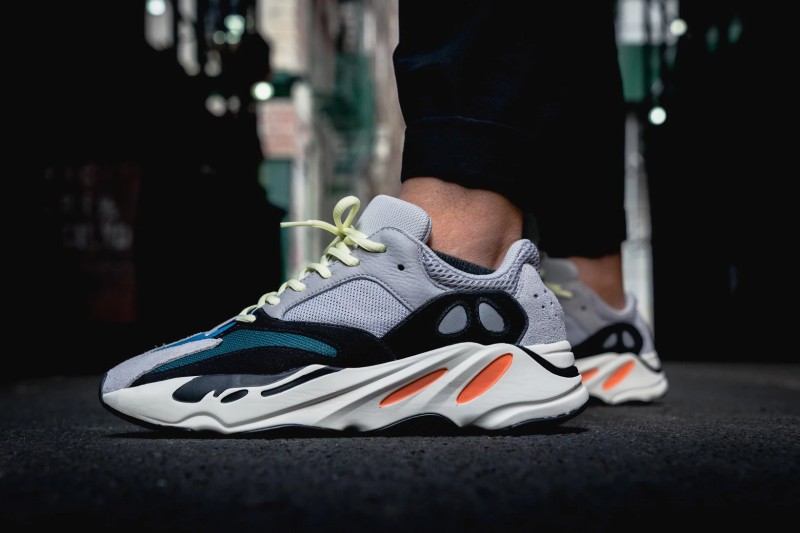 If you’ve been reading my previous posts you’d pretty much know all there is to know about the history. About how Kanye West started his empire after working with various artists and expanding on his desire to create.

After the success of the Yeezy 350 and 350 V2. Kanye showed no fear of delving into new concepts and taking risks. The Yeezy 700 was a completely different silhouette that received decent reviews.

The sneakers first revealed on the Yeezy season 5 fashion show in February 2017 for $300. It was highly in limited quantities which obviously meant great resale value. However, as soon as they restocked.

According to StockX the trade range is between $353-$367 with $426 being the average price. That’s an average profit of $126 which is pretty decent.

However, considering currently they’re barely breaking even. I’d say the resale is going downhill. The peak potential profit that may have been made is over $635.

All the restocking isn’t too good for the re-selling business! That and then there’s also the recent pandemic that might have something to do with it. Over all, this may have had pretty good resale value at some point.

However, that’s not the case anymore it seems.

The first 700 always does the best in most cases. Let’s look at a few other similar sneakers that may give us a good estimate of how the 700 V3 Alvah may do on the market. 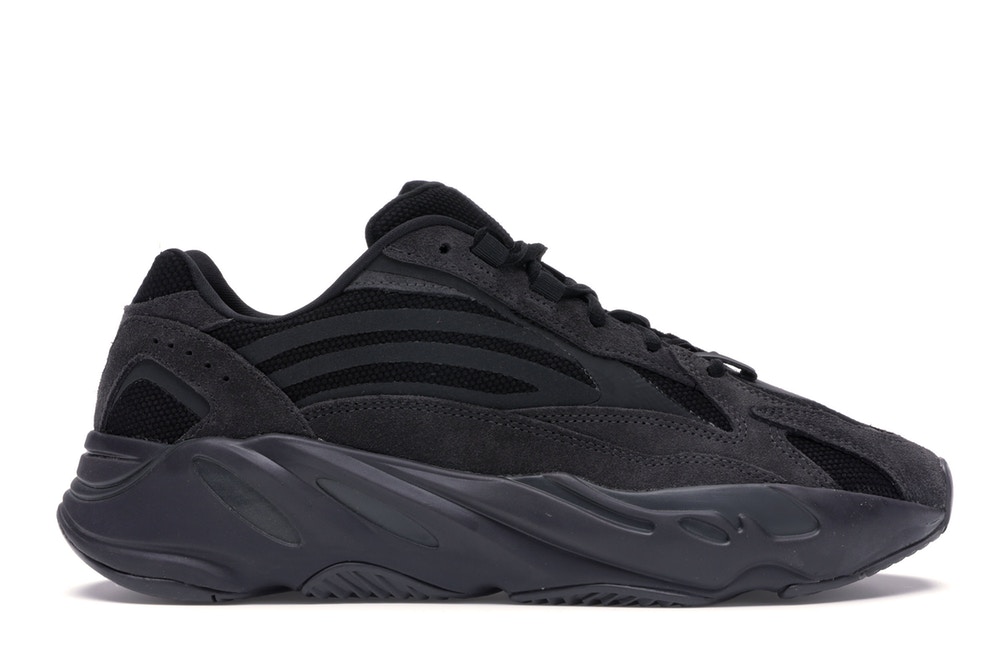 This sure is a striking sneaker at first glance. The bold triple black is sure to turn heads with its black upper, black midsole and black sole.

Stripes and various designs on the lateral sides and excellent traction made these stand out.

The resale value on StockX shoes that these pairs also barely break even. Even though it’s a solid colorway.

The average profit has been consistently between $300 to $400 which is just average. You’d need a good amount of pairs to sell to make a good profit recently.

Moving on to the most similar version of the 700 V3 . The resale value is likely going to be very similar to the Yeezy 700 V3 Azael. 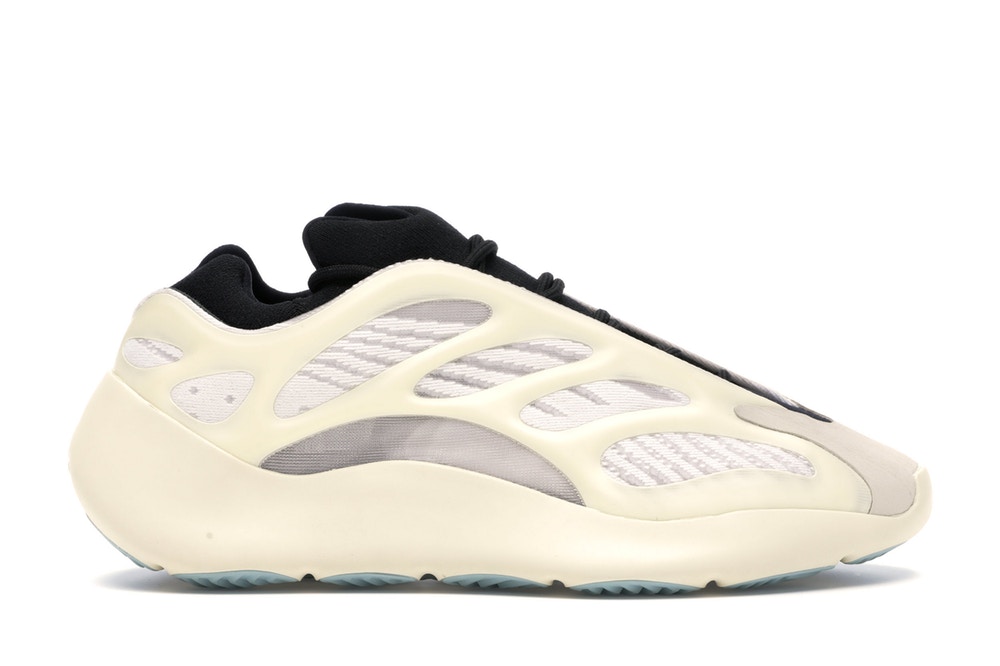 The Yeezy 700 V3 Azael is the first of its kind with the new silhouette and design. This time, Yeezy went without the Boost technology however, still managed to pull off a fairly comfortable sneaker.

It still had a reflective tongue as well as a glow in the dark RPU cage. Furthermore, it has a herringbone rubber out-sole with much improved traction which was widely appreciated.

The sneaker also did fairly well on the resale market. According to StockX the trade range is between $561-$630 with the average selling price being $516.

There is decent profit to be made here as the peak resell profit is $1,050 while the average is $316.This was the third rendition of the Yeezy 700.

The long term resale value is also quite decent as they did well to hold value over time. 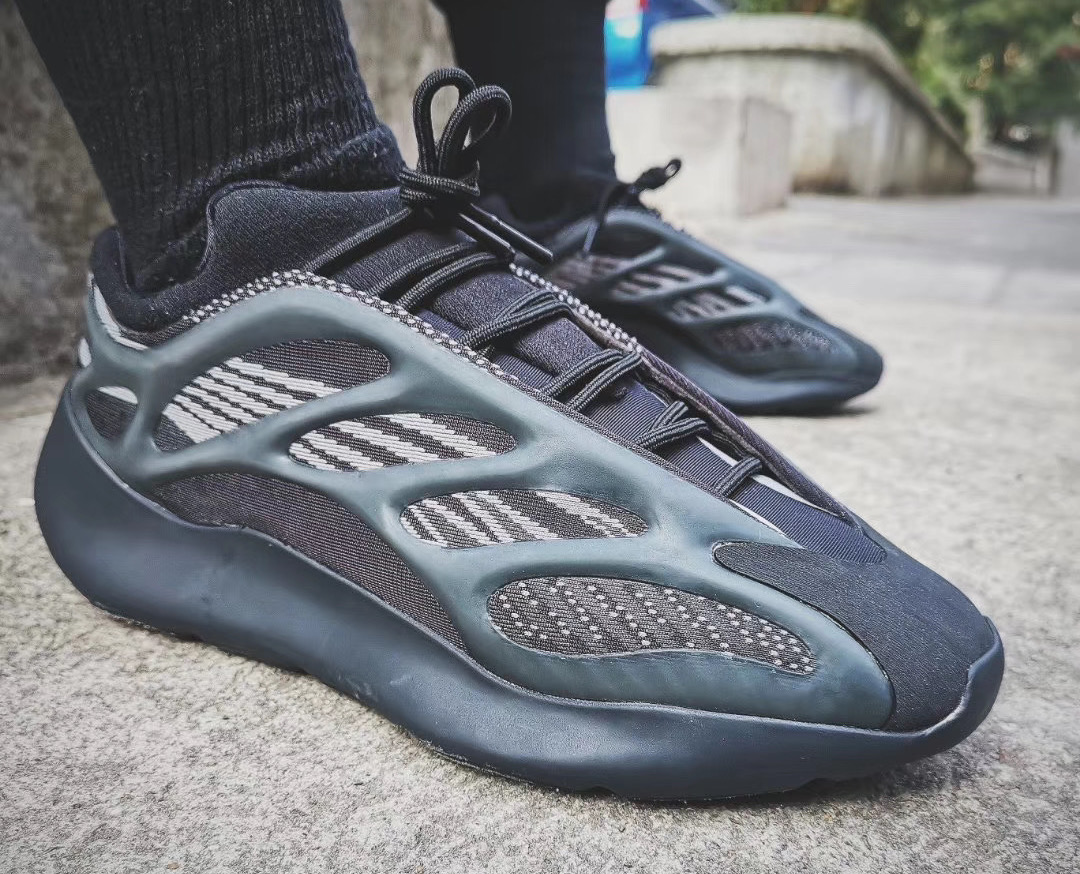 The 4th reincarnation of the 700 is the Alvah. personally this does not look as good as the Azael for me. However, still easy on the eyes.

Interestingly the Biblical names continue with this version as Alvah refers to “Sublime” in Hebrew.

The fully stealth version of the Azael features a breathable mesh and a reflective tongue that glows in the dark. 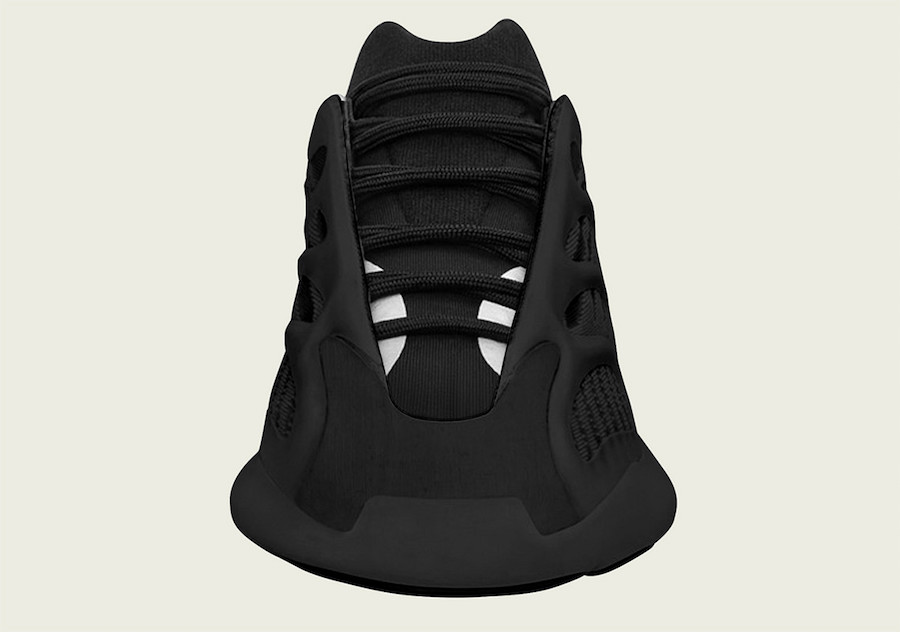 There is charcoal striping on the lateral and medial side panels as well as an RPU dynamic cage for stability. 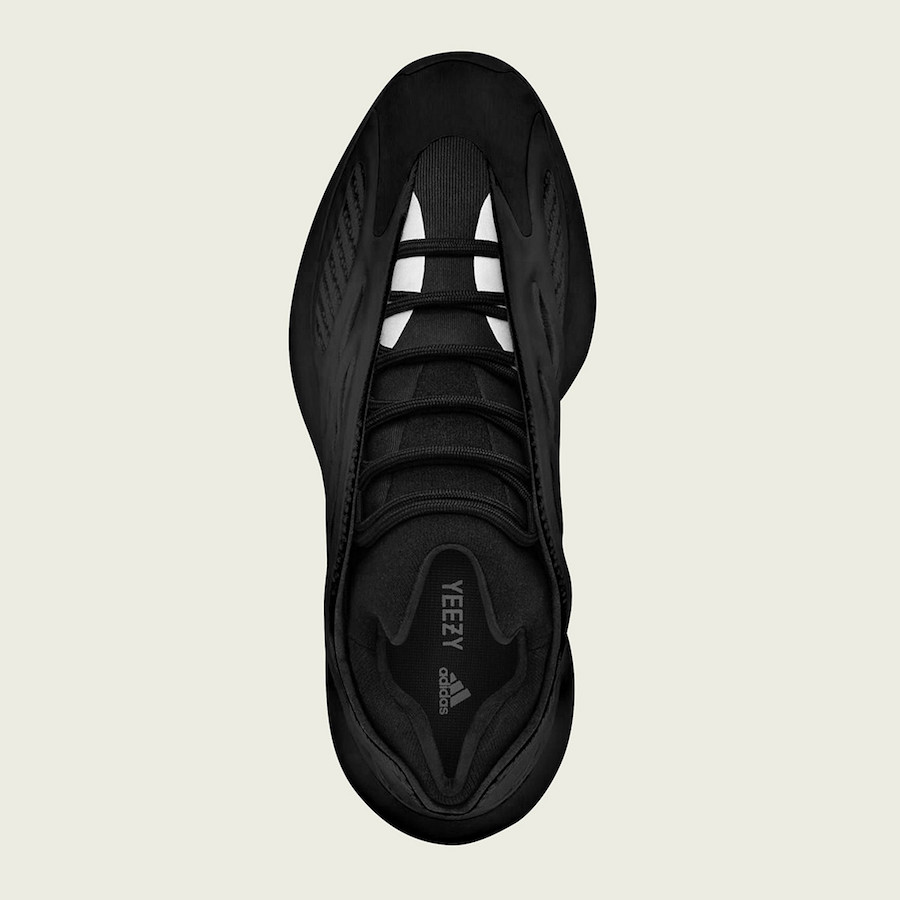 The out-sole is quite similar to the Azael as its ridges offer good traction with yellow spots all around. The shoe also does not include Boost technology just like the Azael. 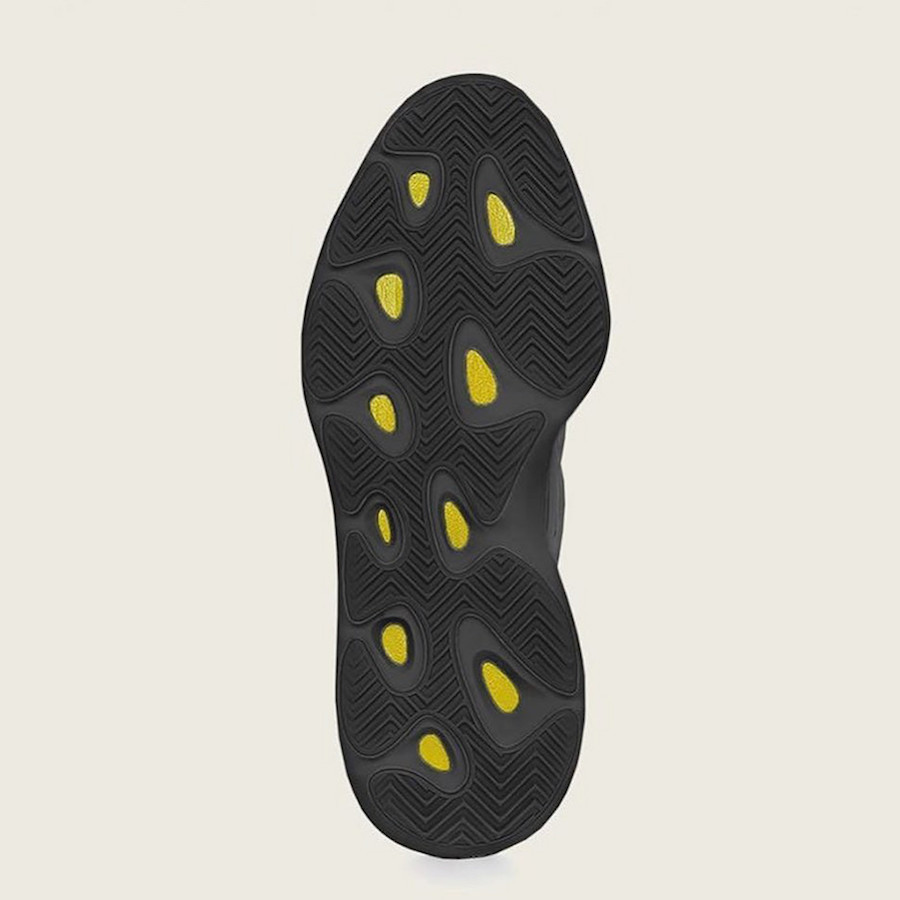 Lastly, when the lights are off, that’s when they shine. The cage glows with a soft green light that is sure to grab attention. 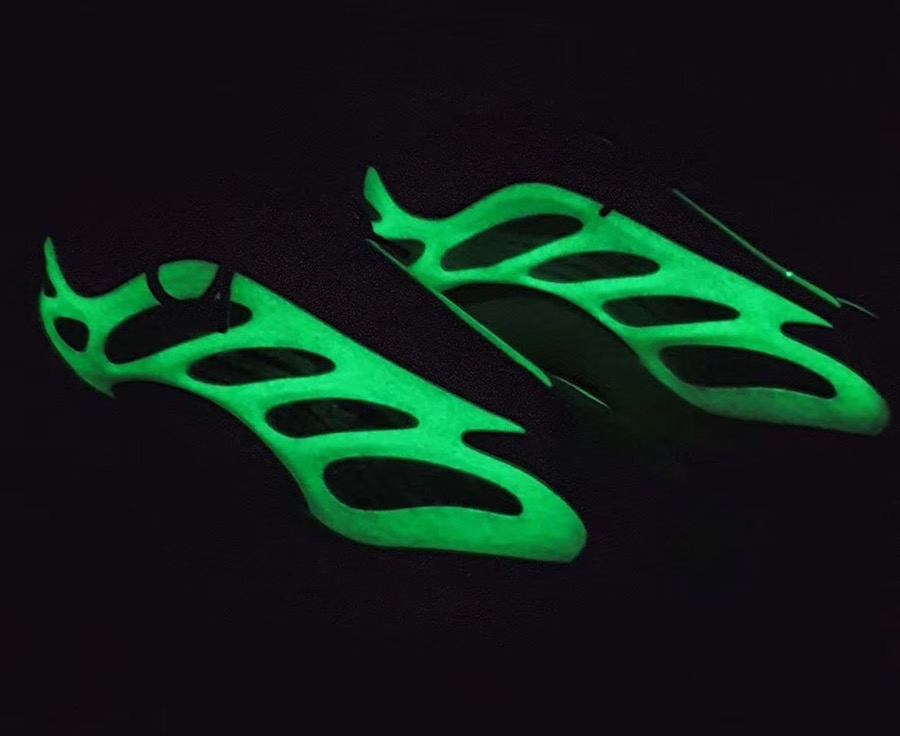 Now somehow with past experience, the first model of a new variant usually does best. However, some re-sellers also believe that since the Alvah is better looking, it may do better than the Azael.

It’s all subjective when it comes to how appealing you find these sneakers but the production quantity is similar. That just tells us that the resale will be similar to the Azael.

According to StockX the trade range is between $288-$872 with the average price being $918. The average profit is $718 however, this is sure to drop as soon as the sneakers release.

The potential profit could be as high as $1,050 just as the Azael. However, it looks like they’re already dropping as the asking price after each sale is decreasing.

Overall, I believe a decent profit can definitely be made and even better if you can cop them before release.

If not, no worries. The resale is expected to hold around $500 so you can still make good profits.

Now these are believed to be quite limited and also very hyped making them hard to cop. The price is relatively lower as well which all contributes towards high demand.

If you want stay ahead of the curve I suggest you sign up to our news-letter to never miss out.

The Alvah will drop at select Adidas Yeezy stockists, Yeezy supply and various re-seller websites such as StockX and GOAT.

There you have It folks. The Adidas Yeezy 700 V3 Alvah drops on the 10th of April for $200. The potential profit is good at $718 as these are limited and very hyped.

Make sure to invest in a bot or sign in through various accounts to improve your chances of getting a win.

You can cop these at Yeezy supply, Adidas Yeezy stockists and from re-seller websites such as StockX and GOAT.

That’s all for today guys. Make sure you check out our Instagram for quick snaps and info on hot new sneaker releases.

Also if you’re thinking of entering the sneaker reselling business, the Hypemaster Playbook could be your best friend. The reviews speak for themselves.