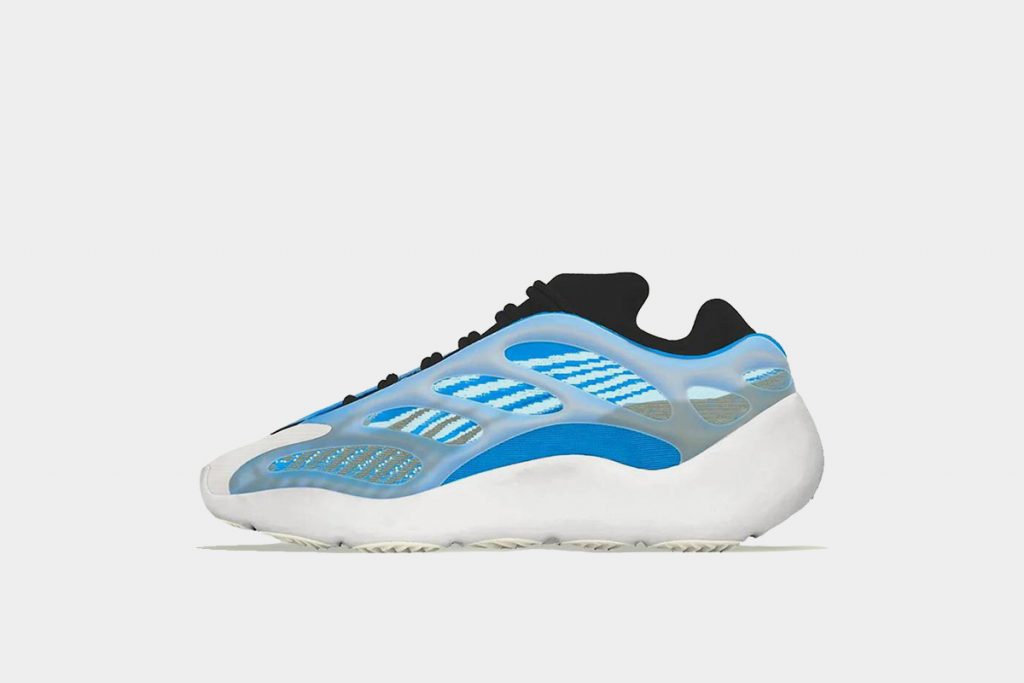 Ye is back with yet another colorway for the highly popular Yeezy 700 V3! The Yeezy 700 V3 Azareth price is $200 and drops on August the 29th. Stay tuned as this one is expected to be quite profitable!

With so many profitable releases in August alone, it’s no wonder that this Multi-Billion Dollar Market is continuously expanding. If you haven’t yet already, check out our top pics for August 2020’s Best Sneakers to resell. You still have a chance to cop a few pairs!

If you want to get started on re-selling sneakers, I recommend checking out our blog. For those that are really serious about the re-selling game, I highly recommend reading the Hypemaster Playbook to transform your small re-selling gig into a booming resale business!

But don’t take my word for it, take a look at the reviews.

Before we get into the details, let’s talk about some history.

Skip to conclusion for summarized info all in one place.

Kanye West, a name most of you are probably very familiar with, founded the Yeezy brand. Although it is a billion Dollar empire today, getting there was no easy task. Kanye had to battle a lot of problems to create the brand he had always envisioned.

Kanye has always been into designing, even as kid. The specialty of Yeezy sneakers is that it is a manifestation of Kanye’s fashion sense. There is no external influence unless he wants there to be and he’s willing to fight for it.

Before signing with Adidas, Kanye was working with Nike and created a few iconic sneakers. He did however, break up with Nike because of a disagreement over royalties. Other reasons included Nike not giving Kanye the full freedom he desired.

In 2015, Adidas approached Ye with a deal that was everything he ever wanted and the duo started their journey. The Yeezy Boost 750 was an instant hit and paved the way for an extremely successful journey for both parties.

Although resale for the 350 V2 has fallen slightly, the Adidas Yeezy 700 V3 Azareth should not be slept on.

The Yeezy 700 V3 is an excellent rendition of the previous 700 models. Sporty yet elegant curves make up a silhouette that is functional, attractive, and unique like no other.

The 700 V3 embodies what Yeezy stands for which is not being afraid to try new things and making something according to the designers wishes with no external influences. The result is a sneaker that is adored by not only Kanye’s followers but sneaker-heads alike.

Not only have they been constantly selling out in various places, resale is often through the roof. Such as the Yeezy 700 V3 White (Azael) still selling for over $600.

To estimate the resell value of the Adidas Yeezy 700 V3 Azareth, let’s head on over to StockX.

The Yeezy Boost 700 V2 features a blue upper with darker sued overlay. A hospital blue Boost mid-sole and a black rugged out-sole completes the design. The color is a bit similar to the Adidas Yeezy 700 V3 Azareth however, profit margins will be lower because of the higher price tag.

On StockX, the average selling price is $334 which is almost nothing after tax and service fees. At peak resale prices however, gross profits are as high as $480.

The Adidas Yeezy 700 V3 Azael introduced a new 700 sneaker to the world. It features a race car like silhouette and a sole that feels progressive and good enough without the Boost technology.

The sneaker has a bone colored mesh upper with a RPU cage on the sides. It also includes 3M reflective materials on the toe while the RPU cage also glows in the dark. An EVA mid-sole and herringbone out-sole completes the design.

On StockX, they’re extremely profitable, selling on average for $550 per pair. At peak resale prices, gross profits are as high as $1,200!

Because this was the first colorway, we can’t really expect he Yeezy 700 V3 Azareth to be as profitable. However, it might not be too far behind.

The Adidas Yeezy 700 V3 Alvah rocks an identical shape to the Azael, except this time it’s completely blacked-out. The same engineered mesh and RPU cage is featured on the upper with reflective overlay.

On StockX, the average selling price is $370. At peak resale prices, gross profit has been as high as $1,000 per pair! I believe the Adidas Yeezy 700 V3 Azareth will have very similar resale to this sneaker.

Out of all the Yeezy 700 V3s, the Adidas Yeezy 700 V3 seems to be the most vibrant color out of the bunch. The bold color tones used will definitely make some heads turn.

The sneaker features a bright blue prime knit upper with a lighter blue RPU cage built for structure and durability. The toe detailing along with the RPU cage are reflective and glow in the dark. Dark green and grey accents across the sneaker provides some contrast.

The 700 V3 also ditches BOOST technology for an EVA sole and a herringbone out-sole, both in white.

The Adidas Yeezy 700 V3 Azareth resale value is expected to be quite high, similar to its predecessors.

If you sell on StockX, after a standard US tax and service fee, you’ll need to sell for at least $240. Thus by using my estimated resell value, that’s an estimated average profit of $160. At peak resale prices, profits are much higher as they’ve already been sold for $1,200 on StockX.

The average profit on websites such as eBay may be up to $200 per pair!

You can cop for retail prices of $200 at select retailers and Adidas.com. That’s where the Yeezy 700 V3 Azareth raffle will go live on August 29th.

You can also find the Yeezy 700 V3 Azareth StockX link to buy for resale prices today.

Where to Buy: (Retail) Adidas

I also highly recommend joining our Winner’s Circle if you want to get serious about sneaker re-selling. You’ll be given access to invaluable insider knowledge to help you cop the most profitable sneakers.