It’s beginning to look a lot like Christmas! As one of the most amazing years in terms of sneaker releases draws to a close all of you in the know are gearing up for one of the most hectic and profitable periods that the calendar has to offer.

We have been blessed throughout the year with some of the most amazing releases including: Off White x MCA’s Air Force 1’s, a bevy of Travis Scott Jordan’s’ (Air Force 1’s, Jordan 6’s, Retro Low 1’s, Retro High 1’s), a stack of rare Jordan colorways and an absolute Armageddon of Yeezy releases across the year in both reflective and static versions.

The looming craziness of Cyber Monday, Black Friday and the overall push for gifts leading into Christmas is starting to hit home – prices for shoes are starting to increase slowly as demand grows the closer we inch to Christmas. 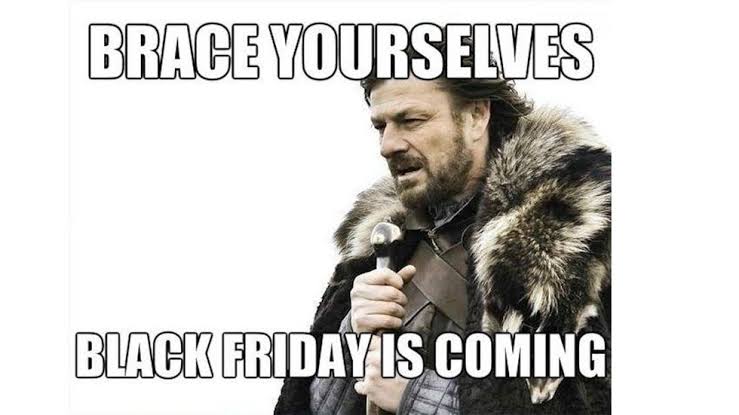 No stranger to causing hype and cashing in on hype is Yeezus himself – yes we have seen a number of amazing silhouette and color drops across 2019 but it would seem that Kanye will not be caught being a grinch and has plenty of gifts in store until the end of 2019. Still bookmarked for release in 2019 are the; 500 High, 700 V3’s, 350 v2 YEEZREEL, 350 v2 YECHIEL, 380 Alien and possibly the Foam Runner. One thing we almost know for certain is that we are all going to be seeing a re-release of the amazingly popular 350 v2 Black before the end of November! 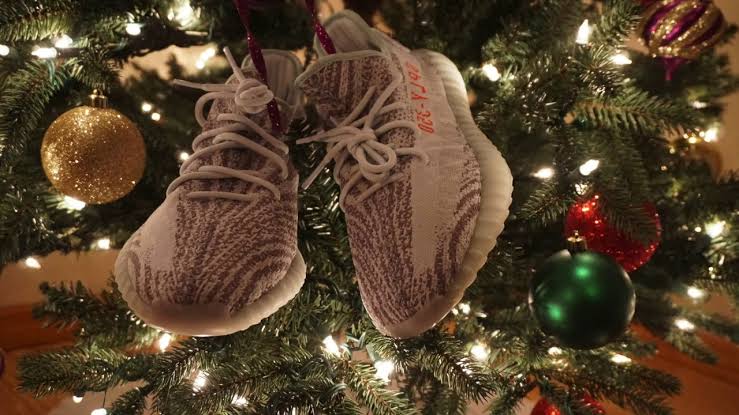 Originally released on June 7th in both the Reflective and Static versions the 350 v2 Black’s were an absolute hit before they even dropped. Disappearing online and from retail stores shelves in mili-seconds the black colorway caused a stir when the initial images were dropped and has assisted the 350v2 silhouette in quickly becoming the most popular silhouette in the whole Yeezy line-up.

We likely wont aww any difference in the 350v2 Black compared to the previous drop in this colorway – still one of the most stunning colorways on the market and on the 350 v2 silhouette this colorway is nothing short of stunning. Prime knit uppers mixed with the articulated sock liner, contrasting laces and complementing red stitching on the hell pull tab certainly make this shoe easy on the eye.

The semi-translucent midsole and flecked 3M reflective laces add extra detail to the shoe that pays homage to the Pirate Black 350. There is no doubt that the demand will hold strong for the static colorway of the 350 v2 black, you don’t even have to be a Yeezy fan to appreciate how good these look on feet or even displayed on a shelf. 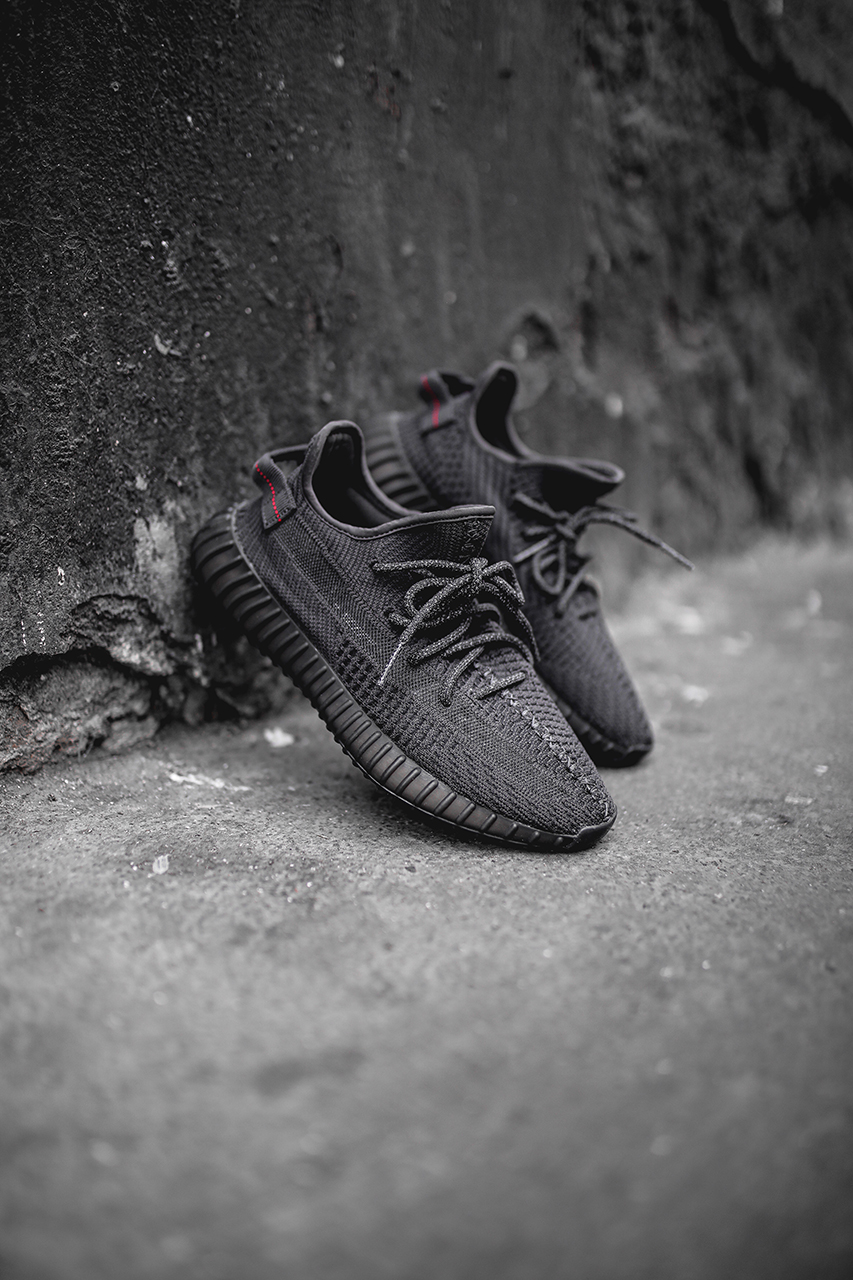 We will be seeing a full size family run, meaning that you can pick up a pair for you toddler or baby if you decide you all want to match on your trips out. No confirmation has come in as of yet whether we will be receiving a restock of the Reflective colorway but if we do expect the shoes to fly off the shelves at around the same pace as what they did before.

If we do end up seeing a Reflective re-stock, we can expect the colorway to match the previous versions with the prime knit uppers interwoven with 3M reflective threads to create a dazzling display at night or under flash. Naturally expect if the Reflective versions do end up dropping that the stock levels will be very low and this will aid in the resale price of the static versions. 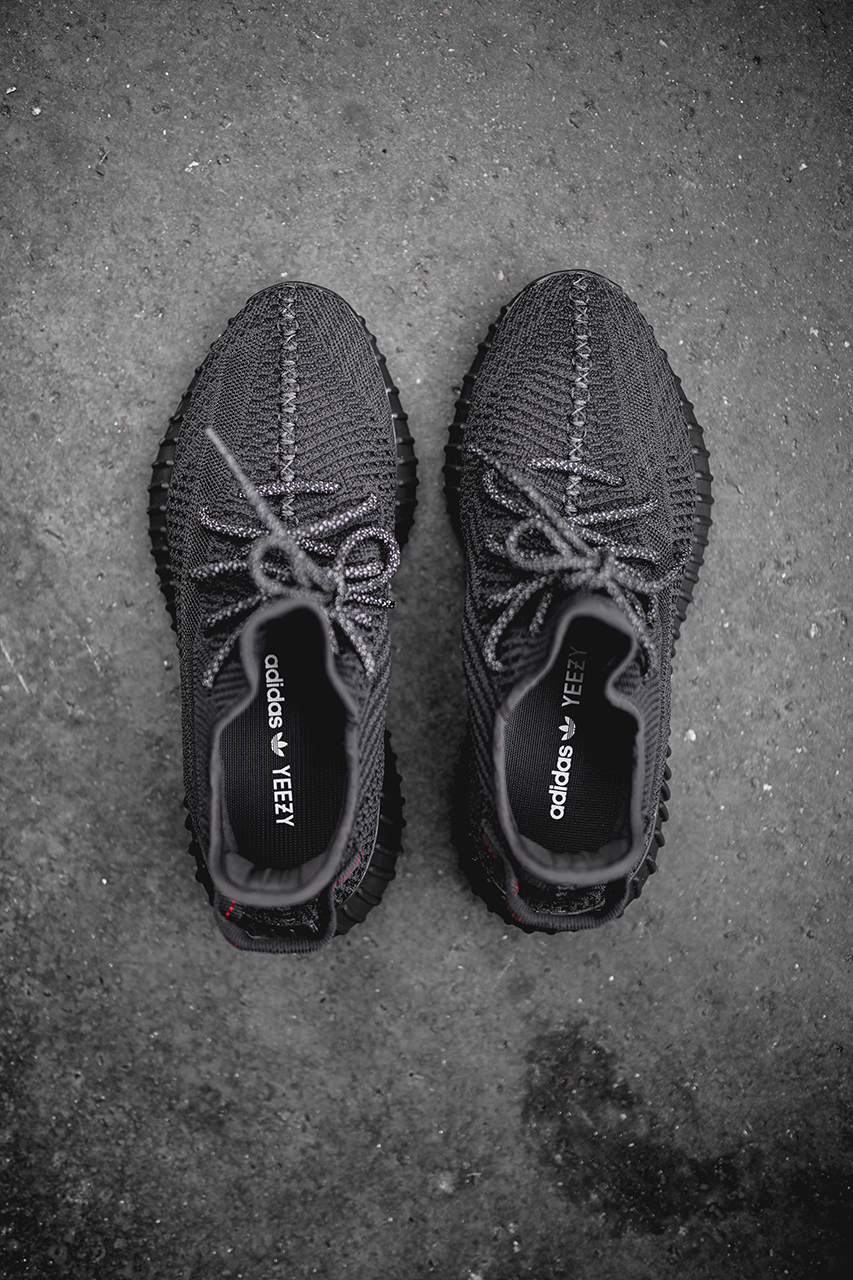 Where do we even start on the resale of these bad boys?  While there is no confirmation on a restock of the Reflective colorway we would be amiss to not mention them if they do end up dropping. If you take a look at any reseller stores or websites the Reflective’s in any colorway generally kill. But when talking about one of the most popular and best looking 350 v2 colorways in Reflective well that’s just another level!

Current resale for Reflective’s across the most popular online marketplaces are below, you can expect this to hold steady on the release slated for 29.11 if they end up dropping, even with increase amount of stock in the market the Reflective’s are always in high demand. Naturally the Return on Investment (ROI) for the below is astronomical, but when you weigh in the low stock numbers, sheer good looks and such a high demand silhouette its not surprising;

Don’t be disheartened if you don’t end up getting yourself a pair of Reflective’s if they drop, the Static versions in adults, infants and toddlers will still provide decent returns, especially if you can secure 2+ pairs in high demand sizes.

Expect the resale on these to dip a little as the stock levels available in the market will increase but expect the resale to hover around the listed prices below due to the high demand of this great colorway:

A quick glance at the above will show that investing in any of the above pairs will issue you with a decent  ROI, however on closer inspection the infant sizes surprisingly are outperforming adult and kids sizes easily!

This might be based on the limited stock of these shoes or the general low entry price point, but don’t sleep on the infant sizes if you can grab some pairs!

Expect to see the full family size run drop at a mix between online and retail locations.

Without a doubt we will see a drop of both pairs on Yeezy Supply and Adidas as well as the Adidas App. Securing a pair through these channels will require some skill as they are known to not only receive heavy bot traffic but also general public traffic during drop times.

There is no confirmation of raffles through other locations however don’t be surprised if we start to see raffles open up from standard sources such as End, SNS, Kith, KicksOnFire and a few other sites around 5-10 days before the official drop date.

Chasing sizes for the Yeezy drop is going to really help your resale – for the ‘Reflective’ models any size will give you profit, naturally if you are able to secure the smaller US4.5 – US 8.5 range you are going to be getting a higher resale.

However, you’ll want to be targeting any sizes in the adults, kids and toddlers ‘Static’ models. The sheer demand for this colorway is unprecedented so demand will be very high even with the stock numbers increasing.

Where possible targeting the smaller sizes (US4.5 – US 8.5 range) in the adults sizes will garner you the highest returns on your investment, however don’t be afraid to also target the larger foot sizes (US 12 +) as these have also proven to be profitable.

The same applies for the infants and the toddlers sizes, anywhere between the 5K – 6.5K (infants) and 1.5Y – 3.5Y (kids) will be your best bets for instant profits, even more so if you are able to secure multiple pairs in any of the above sizes.