We have been absolutely blessed in 2019 with Yeezy drops – not only have we seen a number of drops for great 350 v2’s, 500’s and 700’s but we were also witness to sheer madness in early August when a countdown clock appear online at Yeezy Supply alerting us all to a drop of numerous deadstock models at retail price!

The great news is the good time aren’t over yet, especially for September and the “Cloud White” 350 v2s.

In addition to those, we are still going to be receiving a number of drops in the coming months until December for 350 v2’s, 500’s, 700’s , the rumoured 350 v3, Yeezy Basketball and potentially the supremely odd Foam Runner.

Some have said that 2019 has likely been one of the best years for Yeezy not only terms of resale price resurgence but in terms of climbing back up the ladder of streetwear popularity.

Aided by the inclusion of new colorways and Reflective 3m material in the ever popular 350 v2 model, Yeezy brand is quickly trying to re-establish themselves as the kings in the streetwear industry.  Head out to your local city, scan any form of social media or hit up any of your local streetwear retailers and you would be hard pressed not to see a pair of Yeezy’s on feet.

Many thought that the Yeezy brand had reached its apex a year ago in terms of resale and general popularity – however looking back less than 6months and we can easily see that trend has quickly been killed.

We have seen a real resurgence in resale prices for most of the popular Yeezy models.  One could argue this down to the inclusion of the ‘Reflective’ stitching that we have seen included in the most recent 350 v2 colorways. The 3M Reflective’ material has been woven into the uppers of late 2018 and 2019 350 v2 drops including; 350 V2 Synth, 350 V2 Lundmark, 350 V2 Antlia and the 350 V2 Static Black.

The inclusion of this small detail has seen resale prices for 350v2 start to creep back up to their original days of more than 4x-5x retail price. Keep in mind this is purely for ‘Reflective’ based colorways; whilst we have seen an increase in price for the standard ‘non-reflective’ 350 v2 models, the resale on these non-reflective’ is still sitting somewhere around the 1.5x -2.0x times retail price.

Let’s take a look at some incredibly popular 350v2 drops – the Antlia , Synth and the v2 Black. All of these colorways dropped in very similar stock levels for both ‘Reflective’ and ‘non-reflective’ models and both had almost identical size runs. When comparing the current resale for the same size shoe we see quite an interesting information;

As expected, all ‘Reflective’ based models are reselling for over and above the retail price – we can chalk this up to exclusivity of the stock levels for each drop as well as the added feature of the ‘3M Reflective. But why is the V2 Static Black (Reflective) demanding so much more than the Synth (Reflective) even though it’s pretty much the same shoe? 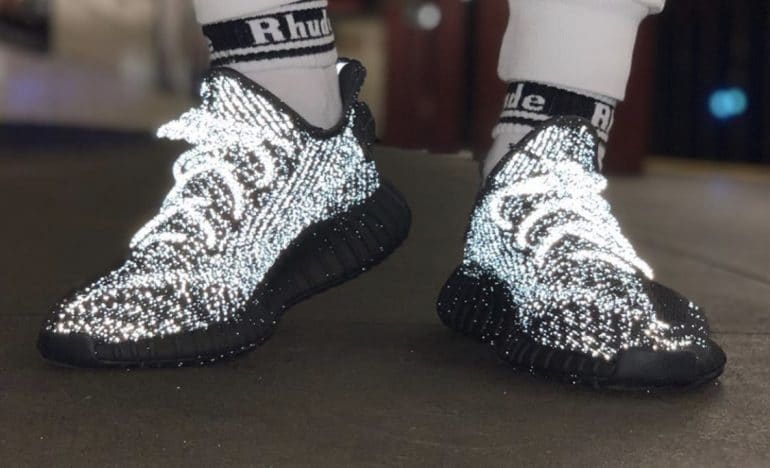 The answer comes down to the all-important colorway; even though all of the above silhouettes remain the same and the usage of the ‘Reflective’ is almost identical on each, the ease in wearing a black colorway vs a beige/tan color appears to be the deciding factor in demand. Being able to pair a shoe more easily with your attire is pushing the resale price of the ‘Reflective’ based models up by more than USD $400 a pair in comparison to less desirable colorways.  With this in mind, what can we expect in terms of look, desirability and resale for an ease of pairing white colorway that we already know has a cult following? 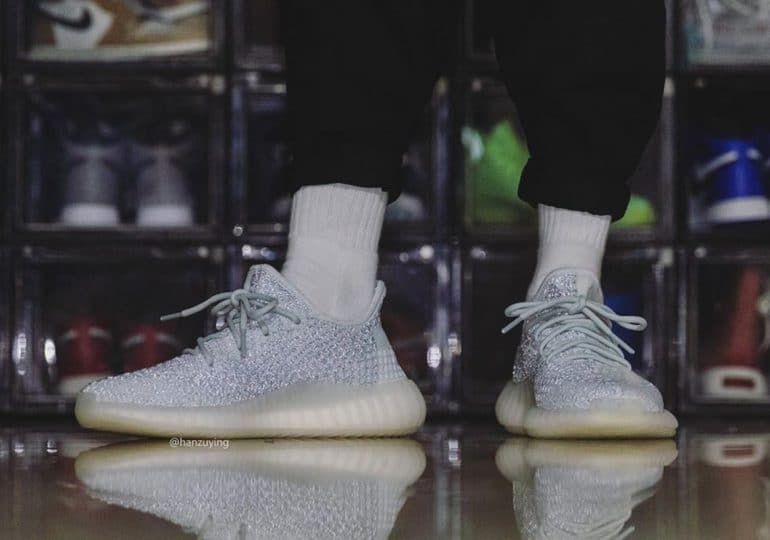 The uppers are dressed in cloud white that almost appears to have a slight blue tinge to it (potentially linking to the sky itself) as well as having a milky white midsole/outsole sitting atop the Boost cushioning footbed.  With the removal of the heel tab we see a slightly sleeker/ more streamlined silhouette but overall the general look remains the same as previous 350 v2 models.

This model is not only releasing in Reflective and Non Reflective models but also a full family size run in the Non Reflective model. Raffles have just started popping up on End and other online retailers for kids and infant based sizes for the , adding an extra chance to secure a pair for a decent resale.

With the above information in mind we can expect a very decent resale on both the ‘Reflective’ and ‘Non-Reflective’ models. Naturally with stock numbers being quite low for the ‘Reflective’ and going off previous resale for v2’s we can expect in the vicinity of 5x – 6x retail price for the  ‘Reflective’ models over time. Current asking price is sitting at around USD $1,200 via StockX , you can expect the price to dip a little closer to drop date but to shoot back up as everyone starts to catch L’s – you can also expect this price to rise over time as demand grows.

The higher stock numbers of the ‘Non-Reflective‘ models will mean the resale is not as good but current asking prices are already sitting at health USD $440 via StockX. 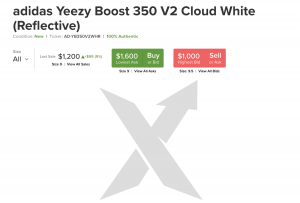 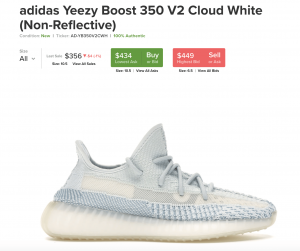 Expect to see both pairs dropping at a mix of online and local retailers as per previous Yeezy releases. We will see a drop of both pairs on Yeezy Supply and Adidas as well as the Adidas App – a healthy mix of online raffles will start to likely open up from standard sources such as End, SNS, Kith, KicksOnFire and a few other sites. Random drops are likely to occur on Mr.Porter, Sensse, Foot Action and House of Heat.

However, start hitting up your local Yeezy retail shops to see if they will have any stock as lines will start to form 1-2 days in advance!

Chasing sizes for a Yeezy drop is going to really help your resale – for the ‘Reflective’ models any size will give you profit, naturally if you are able to secure the smaller US4.5 – US 8.5 range you are going to be getting a higher resale. For the ‘Non-Reflective’ models you should be exclusively targeting the smaller sizes (US4.5 – US 8.5 range) however don’t discount picking up a few pairs in the larger/normal sizes if you can – with the ease of pairing this shoe with most if not all outfits and the general great look you can expect most sizes to make a decent profit for you.