The Yeezy 700 MNVN returns almost a year later in a shimmering new colorway. The Adidas Yeezy Boost 700 MNVN Bright Cyan release date is on June 7th for a retail price of $220 per pair. Stay tuned as we dive in for all the details!

Before we dissect the Adidas Yeezy Boost 700 MNVN Bright Cyan, let me walk you through its history!

Kanye West has always been a sneaker fanatic, even as a child. Years later after finding success within the music industry, Kanye was finally given the chance to chase his dreams as a designer.

He worked with various companies including A Bathing Ape and Louse Vuitton, which is why he adopted the moniker “Louise Vuitton Don”.

Then, departing his lucrative deal with Nike over a few disputes, Ye signed with Adidas in 2015. Thus making history within the sneaker world as almost every release made sneaker news headlines.

After dropping various sneakers including the

Although sharing the same sole unit as the regular 700 V1s, these kicks differ entirely when it comes to the materials. The uppers are constructed with nylon while also being the first to feature a model’s name at the side in 3M reflective materials.

They released in 2019 for $220 and were fairly popular. Last year, the Adidas Yeezy Boost MNVN Orange, Bone, and Phosphor dropped and are still decently profitable.

To estimate resale for the Adidas Yeezy Boost 700 MNVN Bright Cyan, let’s head over to StockX. 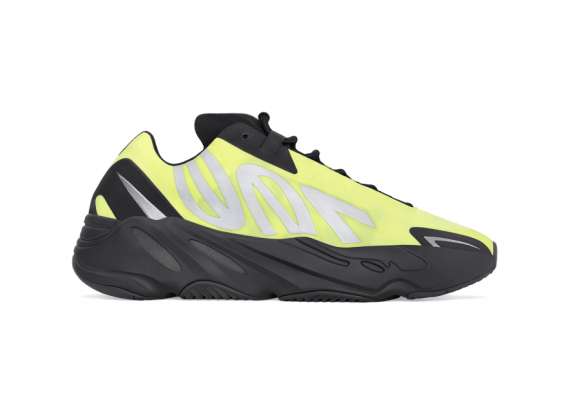 A lime nylon upper covers most of the sneaker with “700” on the lateral sides. Black Boost encapsulated soles complete the design.

The average selling price on the secondary market is currently $700 which is a decent $110 gross profit. The Adidas Yeezy boost 700 MNVN Bright Cyan will likely have a similar resale value.

Unlike its regular 700 counterparts, this Yeezy forgoes the regular earthy color tones and opts for a vibrant blue upper.

You can buy these sneakers at select retailers and Adidas.com/yeezy come June 7th. The retail price is confirmed at $220 per pair.

The Yeezy 700 MNVN is still very popular and I believe that the Bright Cyan will likely sell out very quickly.

Using my estimated resell value, expect gross profits of around $120 per pair. That’s “Good” according to our Hype Meter!

Where to Buy: (Retail) Adidas.com/Yeezy