After Yeezy dropped 3 new colorways back in April, the release of two other colorways of the Yeezy Slide is on the horizon to cozy up your wardrobe. The Adidas Yeezy Slide Enfora and Orange release date are on June 21st for a retail price of £45.00 ($60). Stay tuned for all the details!

Before we take a detailed look at the Adidas Yeezy Slide Enfora and Orange, let me walk you through its history!

Kanye and Adidas have been at work with incredible new sneakers that are unlike anything else on the market. Kanye himself, with his honorary creative control, designs what the end products look like, and let’s be honest.

Most of them are anything but normal!

The Adidas Yeezy Foam Runners and the Yeezy 450 are good examples of how bizarre the designs can get when it comes to Yeezy sneakers. However, it appears Kanye also has a taste for simplicity.

The Adidas Yeezy Slides debuted in 2019 and were heavily memed and ridiculed. Although that’s quite a similar story to most Yeezy sneakers, the Slides’ resale value has been nothing to scoff at.

Even after they were dubbed “toy-like” online, these slides are undeniably a hit. This year, Yeezy has already dropped 3 colorways, and this June, they’re set to drop 2 more.

To estimate resale for the Adidas Yeezy Slide Enfora and Orange, let’s head over to StockX.

These sustainable slides feature EVA foam and algae materials that make up the entirety of the sneakers. Minimal branding on the footbeds and rugged outsoles complete the look.

On StockX, the average selling price is almost $220 which is around a $160 average profit. The Adidas Yeezy Slide Enfora and Orange will likely have similar resale values.

After 3 colorways already having dropped recently, ye is set to release 2 more colorways on June 21st.

These ultra-minimalistic slides feature monochromatic color tones. The first is likely dubbed the Adidas Yeezy Slide Enflame Orange. As the moniker suggests, it features a vibrant orange upper all the way through.

The second colorway, on the other hand, features a dual navy hue all over. Both also feature a combination of EVA foam and algae extracts that combine to provide function and sustainability.

Minimal branding on the footbeds and shark teeth-like outsoles complete the design. 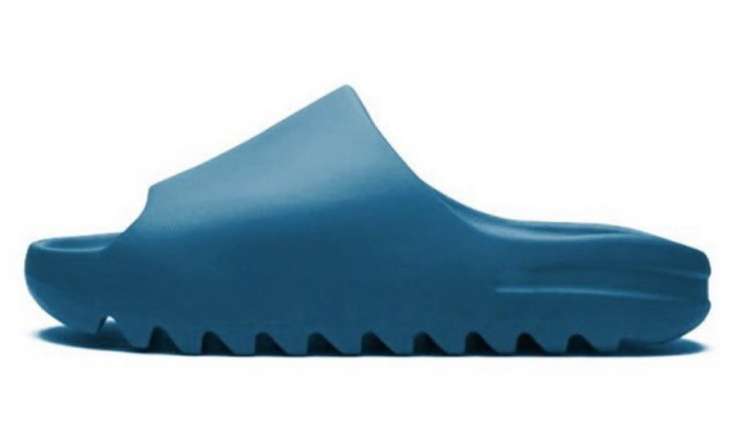 You can pick these sneakers up via select retailers and adidas.com/yeezy come June 21st. The retail price per pair is set at $60.

We’ve seen with the Adidas Yeezy Slide Soot and Core that these slides are highly profitable. Expect the same for these two new colorways.

Using my estimated resell value, expect gross profits of around $150 per pair. That’s “Good” according to our Hype Meter.

Where to Buy: (Retail) adidas.com/yeezy