The beginning of MJ 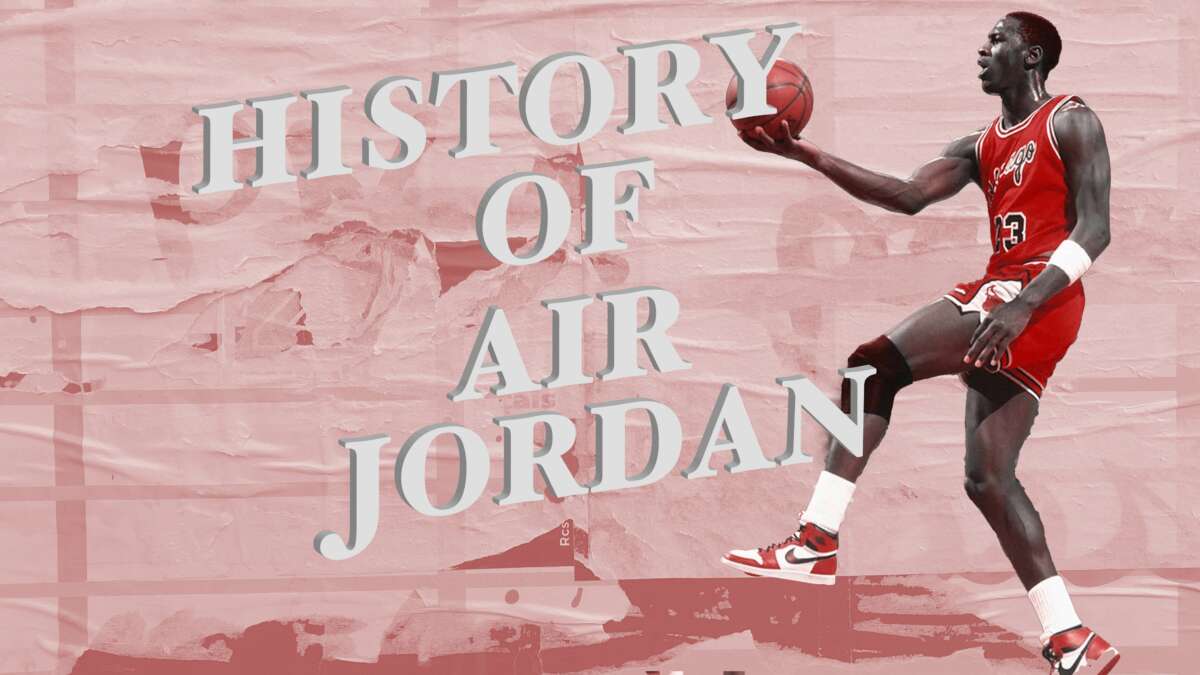 Arguably the most important names and brands in sneaker culture, the Air Jordan brand is often placed at the center of any sneaker-head obsession, but how did the brand become what it is today and how did a basketball player from Wilmington, North Carolina, become the face of some of the most iconic sneakers to ever exist.

Of course, there is no Air Jordan Brand without Micheal Jordan, so it’s only right we take a brief look into the early days of the legendary career that lead up to the iconic number 23 jersey.

Jordan attended Emsley A. Laney High School in Wilmington, where he tried out for the basketball varsity team during his sophomore year; at 5 feet 11 inches (1.80 m), he was deemed too short to play at that level. It’s somewhat comforting to hear that even legends got rejected at some point in their lives.

Motivated to prove his worth, Jordan became the star of Laney’s junior varsity team and tallied some 40-point games. The following summer, he grew four inches and trained rigorously. To no surprise, he earned his spot on the varsity team and went on to have a fruitful final 2 seasons of high school basketball. As a senior, Jordans’ talents became too great to ignore and was recruited by numerous college basketball programs, including Duke, North Carolina, South Carolina, Syracuse, and Virginia. He went on to accept a basketball scholarship at the University of North Carolina at Chapel Hill. Aside from his title as the freshman of the year, a pivotal moment in Jordans’ college career was the widely talked about game-winning jump shot in the 1982 NCAA Championship game against Georgetown, which was led by none other than future NBA rival Patrick Ewing.

For those who may not know, the Chicago Bulls selected Jordan with the third overall pick of the 1984 NBA draft, hard to believe that world-renowned MJ wasn’t even the first pick. During his rookie 1984–85 season, Jordan faced many ups and downs, from an average of 28.2 points per game (ppg) on 51.5% shooting to controversy on the court when veterans of the game grew jealous of the attention Jordan was receiving, which resulted in a “ freeze out” were teammates refused to pass the ball to Jordan ( to no surprise they went on to lose that game ). Thankfully the freeze-out was like water off a duck’s back and left MJ relatively unfazed and went on to be titled “Rookie of the year” for that season.

Now I know you may be asking, what does this have to do with sneakers, or what was Jordan playing while all this was taking place, so let’s get into it! During his rookie year, Micheal hadn’t even stepped foot in a pair of Nike sneakers and, like all other NBA players, played predominantly in White leather converse. Furthermore, Micheal was steps away from signing a deal with none other than the German brand with the 3 stripes, Adidas. Thankfully Nike, a brand solely known at the time for long-distance running shoes, swooped in and went all in; they made the basketball up-and-comer an offer far more lucrative than any other sportswear brand could ever offer him.

Still slightly hesitant about what Nike had offered him, Jordan’s parents convinced him to take the Nike deal over the Adidas offer. So we all have Mrs. and Mr. Jordan to thank for the birth of the most iconic partnership of our time. However, once the collaboration commenced, Jordan still faced some hurdles, but with the backing of a heavy-weight brand like Nike, overcoming these hurdles would be a breeze.

According to NBA regulations, players were only permitted to wear white sneakers at the time. Around the same time, Nike had just given life to the first Air Jordan in the colors red, black, and white to capitalize on the fact that Michael Jordan played for the Chicago Bulls. Of course, this came with major repercussions, Jordan was fined $5,000 by the infuriated NBA. However, Nike was prepared to pay the penalty in exchange for having its shoes stand out from the competition. In the first four years of the agreement, they projected that the Air Jordan 1 would total $3 million, but this was grossly underestimated as Nike made $126 million in sales in its first year alone.

The famous or, in the NBA’s case, infamous red, black, and white Jordan 1 was later dubbed the “breds” and became one of Nike best selling and highest-valued sneakers on the resale market to date, and I have no doubt it will remain that way for a very long time to come.

(Pro tip: ANY variation of the bred/banned Air Jordan 1 tends to have high resale values, so getting your hands on a pair may come with a reasonable payday )

That pretty much sums up the creation of the Air Jordan 1, but what about the rest of the cult favorites that come from the Micheal Jordan and Nike partnership? Before we dive into that, it’s important to note that the Jordan 1 and 2 were both designed by Peter Moore and post-Jordan 2, the design processes were handed over to sneaker royalty Tinker Hatfield.

One of the most renowned sneaker designers in history, Tinker Hatfield, a former athlete and University of Oregon architecture graduate, started working at Nike HQ in 1981. However it wasn’t until 1985, after winning a design competition to create a new shoe design, would he begin focusing and working solely on the design development of the company’s sneakers. His architectural background significantly enhanced the grade of his works, pushing the boundaries of technology and creating a turning point in the field’s modern sneaker design.

Tinker Hatfield is currently the vice president of design and special projects at Nike. After taking a sabbatical from the series to design the Air Jordan 3 through 15, he returned to create the Air Jordan XX, XXIII, XXV, and XXIX.

Hatfield is one of Nike’s most well-known designers and has been employed by the brand since 1981. His influences consistently pushed the limits of technology and modern shoe design, elevating Nike’s Jordan and Air models to new heights. He altered how players communicated with brands and designers, he had a significant impact on sneaker design as a whole through his relationship with Michael Jordan, one of the most personal and distinctive between an athlete and a designer. Without Hatfield and his ground-breaking designs, Nike today probably wouldn’t look anything like it does.

It’s said that Tinker saved Nike’s relationship with NBA superstar Micheal Jordan through the creation of the Air Jordan 3. In fact, had Tinker not designed the Air Jordan 3, M.J was ready to jump ship and join rivals, Adidas. Thankfully, of course, none of this happened and an entire culture proceeded to bloom from the historical partnership.

Saving one of Nike’s most important partnerships wasn’t enough for the designer, Tinker went on to design the Nike Air MAG for Back to the Future II, the air max 1, air max 90, Jordan 4, and Jordan 5 shortly after. To get a slight understanding of Tinker’s brilliance, the Jordan 5 is a great place to start. The Air Jordan 5, a sneaker with “teeth” on the midsole that was inspired by fighter jets. Additionally, as a homage to Jordan’s success at the time, its thick, reflective 3M tongues became renowned for monopolizing photographs in camera flashes.

Tinker Hatfields accolades at Nike could go on forever, however, one thing I know for certain is that without him Nike, as we know it today, would be nonexistent

As a collector, there is no such thing as enough sneakers, especially when it comes to the OG Jordan additions. Thankfully with the worldwide sneaker craze, Nike isn’t showing signs of slowing down anytime soon. They’re pumping out new colorways and most importantly retro’ing OG ones, which is great news for all the sneaker flippers and resellers. Although more releases mean more money-making opportunities, it also means the market may become flooded with pairs that aren’t as profitable, making the resale market significantly more unpredictable, but fear not that’s why we’re here, to teach you the tricks of the trade to ensure you never buy another brick ever again. As a general guide feel free to check out our article on what to look out for when it comes to potential resale opportunities!