There have been hundreds of claims that StockX sells fake sneakers. Today, we take a deep dive to see if that is true or not. 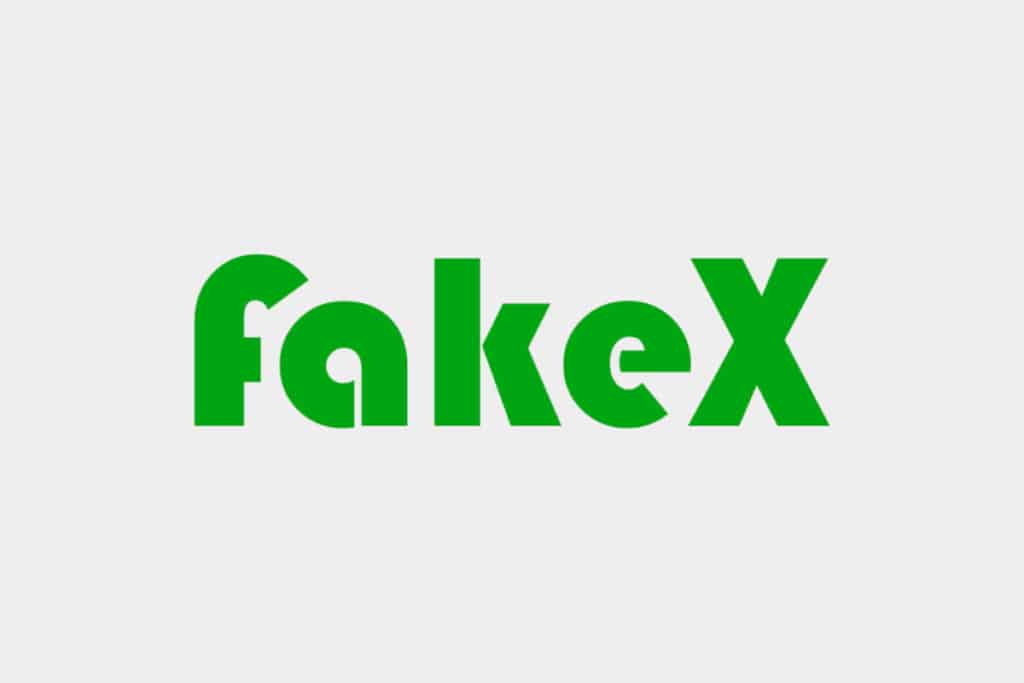 For years now, StockX has been regarded as one of the most legitimate secondary marketplaces for sneakers and apparel. However, over the years many people have publicly shared their suspicions about StockX and its verification process. Today, we will be taking a look at whether or not StockX actually sell fake sneakers.

In order to understand whether or not people are actually receiving fake shoes, we have to start with the verification process.

Here is what StockX says about its verification process:

It’s not surprising that StockX would only have positive things to say about their verification process because they would never portray themselves as untrustworthy.

What is interesting is that every bullet point on that list, with the exception of advanced technology, utilizes a human being for verification. If there’s one thing we can be sure of about human beings, it’s that they make mistakes.

We will dive a little bit deeper into this idea in the conclusion, but for now, keep in mind that a majority of the verification process at StockX is performed by people. Yes, they have specialized training and know what to look for, but they’re still people.

Reddit is an extremely powerful platform where millions of people come together to discuss similar topics. On the Reddit channel r/StockX, tons of people explain their frustration with the $3.8 billion-dollar company.

Here are some claims that people have made. It’s important to remember that these are people making these claims as well, so we cannot say for sure they are legitimate.

Bought a pair of Jordan 7 Greater China. Once in hand I was so overwhelmed with the details I didn’t really take a close look. Upon further examination I noticed the right shoe was totally different than the left. They were legit checked and the right shoe is crooked and dubbed a fake. It was so obvious. How could Stockx miss this. I filed a claim and uploaded photos with Stockx but have not heard back. I have contacted my bank because I don’t think Stockx will contact me. Has anyone else had a problem returning fakes to Stockx?

On August 28th and September 10th, I placed two bids on two pairs of Jordan 1 Retro Hign Satin BLACK TOE(W) on Stockx. I am a foreign buyer (from China), through shipping company and 3rd party authenticator, both pairs of shoes were confirmed fake. I ordered the same size for both pairs, but the shoes boxes weren’t even the same size. I tried contacting Stockx, but they have stopped responding to my emails. I have suspicion that Stockx deliberately sent fake shoes to specific foreign tranport shipping address, because they know since the buyers aren’t from United States, so that we would have trouble dealing with problem like this. I have many pictures that can prove the shoes are fake. Please be cautious when buying on Stockx .

And these are just some of the hundreds of complaints that have to do with fake sneakers.

There are even more about the website not functioning, bids being accepted suspiciously fast, and the lack of customer service that the company is now infamous for.

Whether or not every claim is legitimate isn’t really the issue here. The fact is that these claims are out there and they are hurting the reputation of a massive marketplace.

Why Nike Is Suing StockX

Yes, you read that title correctly, Nike is suing StockX.

In February of 2022, Nike filed a trademark lawsuit, citing the new StockX NFT collection as an infringement on the Nike logo. For more information on this specific lawsuit, click here.

Now, Nike has decided to sue the resell giant for selling fake sneakers. Nike has claimed that they have actually purchased their own sneakers through the StockX website, and have found items they call “questionable”.

StockX released a statement shortly after the lawsuit became public:

We’ve invested millions to fight the proliferation of counterfeit products that virtually every global marketplace faces today… Nike’s latest filing is not only baseless but also is curious given that their own brand protection team has communicated confidence in our authentication program, and that hundreds of Nike employees – including current senior executives – use StockX to buy and sell products.

So, what does this mean? Can Nike actually win the lawsuit?

Nike is stating that they have actually purchased sneakers through StockX and claim the pairs they received were not legitimate. If Nike has all of the proof of this transaction, and of the sneakers being 100% fraudulent, it sets them up pretty nicely.

On the other hand, StockX CEO Josh Luber has a different take on the situation. His argument is that because they process so many sneakers a day, some pairs get through that shouldn’t. And while they have installed new systems over the years, there is always some oversight.

We are a sneaker informational website, not a law website, so we really have no idea how this case will go. What we can do, is predict what will happen with both outcomes.

If Nike wins the lawsuit: They will greatly discredit one of the resell market’s biggest competitors and gain a step up in their long-time fight against fraudulent, replica sneakers.

If StockX wins the lawsuit: They will most likely solidify themselves as a legitimate marketplace whose verification system has issues, but issues they are tackling and attempting to fix.

Before we get to this conclusion, we have to say that we have no affiliation with StockX and this opinion is totally unbiased.

StockX was valued at $3.8 billion in 2021 and is probably worth over $4 billion now. To put that in perspective, there are only about 1,000 companies worth over a billion dollars.

That is a massive company, and a company doesn’t get that big by running an illegal operation. So we can pretty safely say that StockX is not knowingly selling mass fake sneakers to consumers.

We are inclined to believe CEO Josh Luber in the sentiment that the issue is with the verification process, and sneakers are slipping through that shouldn’t due to the sheer number of sneakers being processed.

How do you fix this? They have to expand operations and create a system where one person is verifying fewer sneakers a day and can take more time on each pair. More certainty is what people need, and this allows that.

By no means does this make StockX the perfect company, and we’re actually going to go through some of the issues and potential fixes for StockX.

Refunds are a big issue on StockX because they don’t allow them. They are simply a middle man and don’t want to store the sneakers until someone else buys them. This is a pretty big flaw in the business plan because you can return with platforms like GOAT and Flight Club.

StockX should allow refunds and actually resell the sneakers that they receive. Chances are they will lose a little bit on every sneaker, but they will be creating a safer customer environment which is worth a lot more.

This is a simple issue with a simple fix. Tons of people have had some pretty serious website issues with StockX. Bids getting accepted in seconds and payment information failing, along with the site just shutting down for long periods of time have been some of the issues.

Our fix? Hire some developers and make sure the website is running smoothly. Very rarely does GOAT get complaints about their website/app and that’s a big reason why a lot of people prefer GOAT.

This is probably the biggest issue that people have with the company. I can say this from my own experiences both buying and selling, the customer service is atrocious. It starts with the fact that they push you toward a help center, which almost never answers specific questions

Then, once you get the customer service email and actually explain your issue, you can expect to wait about 5-7 business days before a reply. That’s an insane amount of time, especially when some people are inquiring about hundreds of dollars.

The whole customer service department is a big issue and one that, again, is pretty easily fixable by investing some money.

We say investing because it truly is an investment. If you build an environment within your business where customers feel safe and feel as though they can be heard, you begin gaining customers for life.

We’ve talked a lot about one company, so here are some alternatives if you still don’t feel comfortable:

GOAT is the most similar platform to StockX and has built a much better public reputation. Goat is also a middleman where people can both buy and sell on the platform, with GOAT being the authenticator.

GOAT also offers an interesting service: GOAT Clean. Each pair is authenticated by specialists and undergoes a thorough cleaning process that includes scrubbing, washing laces, removing lint from the sock liner, and smoothing out any existing creases on leather.

Flight Club works partially on a consignment model. Usually, sellers send in their shoes, which Flight Club holds and displays in one of its three stores until they are sold. Once the product is sold, the seller is paid and Flight Club takes a 20% cut of the sale.

This is a larger percentage than competitors, but Flight Club has brick-and-mortar stores and has an extremely large community that they can advertise to, meaning your sneakers have a higher chance of being sold.

eBay is one of the oldest and most successful e-commerce websites on the Internet, but it doesn’t sell any items itself. Instead, it allows users to list items for sale, which other users can then bid on in auctions. Recently, eBay has also added options to buy items at face value, or submit price offers for them.

eBay is definitely a riskier platform because there isn’t a middleman, but the fees are much less and the efficiency of eBay makes it worth it to most people.

StockX is an online marketplace and clothing reseller, primarily of sneakers. Since November 2020, it has also opened up to electronic products such as game consoles, smartphones, and computer hardware. The Detroit-based company was founded by Dan Gilbert, Josh Luber, Greg Schwartz, and Chris Kaufman in 2015–2016.

Can you return with StockX?

Due to the anonymous nature of our live market, they are unable to offer returns, exchanges, or swaps—including if you ordered the wrong size. The good news is you can always resell with StockX if you no longer want your item, although you will probably result in a net loss.

Sourcing from the world’s premium boutiques and retailers, as well as their selected network of resellers, they aim to only sell authentic, high-quality products. Their resale products are verified by means such as machine learning technology, digital authentication, in-hand verification, or a combination of the same.