Before we take a detailed look at the Nike Air Jordan 1 Retro High OG Court Purple, let me walk you through some history.

The Iconic Air Jordan 1 was released in 1985, particularly designed for the signature athlete it was named after, Michael Jordan.

After a mass release, the AJ1s started picking up momentum as more and more people started to adopt them as their primary basketball shoes.

Peter Moore designed them after being inspired by the Air Force 1 and Dunks. However, the AJ1 would go on to transcend both of these silhouettes’ popularity.

In 1985, Jordan Brand also release the metallic pack for the Air Jordan 1 High. Consisting of multiple colorways with metallic finishes. These Jordan 1s are extremely sought after today.

Then in 2020, Jordan Brand also released the Air Jordan 4 Metallic Pack, a collection inspired by the OGs from 1985. Leaving fans yearning for a retro ever since.

This June, however, those fans’ wishes may come true with the return of a similarly colored Air Jordan 1 High White Court Purple. To estimate its resale, let’s head over to StockX.

Sign up below for more updates on the hottest sneaker releases. 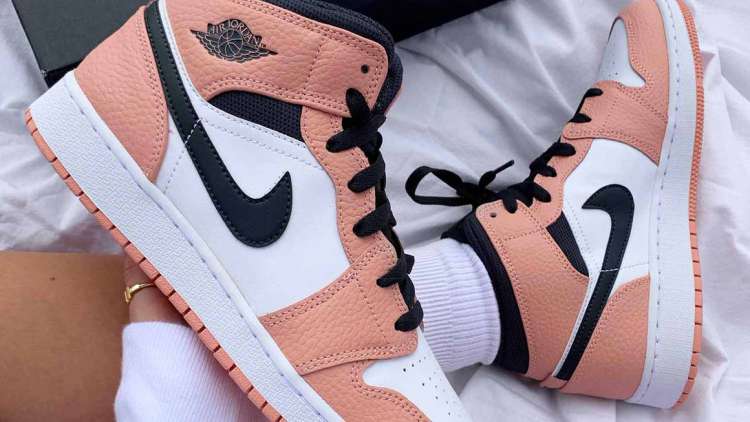 For years, the Air Jordan 1 High was the most popular Jordan while the low-tops, especially the mid-tops were mostly ignored. In recent years, however, Women’s Air Jordan 1 Highs are just as popular. This may be due to a few reasons.

Firstly, Jordan Brand has released various colorways in women’s sizes exclusively and some of them were straight-up fire. We’ll mention a few later on. Those women’s exclusive really drove up demand for these sneakers and simultaneously increased their resale values.

Secondly, ever since “The Last Documentary” was released to the public, demand for all Jordan brand sneakers increased. Including women’s Air Jordans.

Lastly, since the normal Air Jordan 1 Highs are so expensive on reseller’s websites, consumers often settle for women’s sizes by going a few sizes up.

These reasons have contributed to women’s Air Jordans being decently lucrative in recent times and we believe this will continue to be the case in 2021 as well.

Tie-Dye colorways have been hot lately especially in 2020, the year the Air Jordan 1 High Tie Dye was officially released.

On reseller’s websites, you can buy these sneakers for an average price of $290. That number has been consistent even months later with gross profits of around $120.

The Air Jordan 1 High Lucky Green dropped in women’s sizes and was highly anticipated in 2020.

A leather construction makes up most of these shoes with white leather underlays. The crisp white leather appears on the quarter panels, collars, and perforated toe boxes.

Meanwhile, the titular Lucky Green presents itself on the scuff-guards, rear panels, and partly on the collars. The collars are contrasted by a red Jordan Wings logo, a hue that also appears on the red “Nike” branding on the tongues.

On reseller’s websites, the average selling price per pair is roughly around $300. That’s a decent profit of over $100 as the overall value increased in popularity over the months.

This Air Jordan 1 sports similar color blocking to the Chicago colorway but swaps out the Gym Red for Court Purple tones.

On StockX, the average selling price is $320 per pair which is a decent $150 Gross profit. The Air Jordan 1 Retro High OG Court Purple 2.0 will likely have a slightly lower resale value.

Reminiscent of the OGs from back in 1985, these Air Jordan 1s feature a predominantly white leather base with glossy Court Purple accents.

Starting from the toes, perforations cover the toe boxes while tumbled leather covers the side panels and overlays. White throats enveloped in traditional black laces lead up to a pair of white tongues with purple “Nike Air” branding.

The likes of which also appear on the purple insoles. A glossy court purple appears on the satin sock liners and wings motifs while purple leather lateral Swooshes, white midsoles, and Court Purple outsoles finish off the design.

These sneakers are a fresh new take on the Air Jordan 1 High OG Court Purple and I believe that many will find it appealing.

Expect these kicks to drop via select retailers and Nike SNKRS on June 3rd. They will be releasing in Pre-School, Infant & toddler sizes. The retail price for women’s sizes is set at $170.

Women’s Air Jordan 1s especially, are on the rise and I expect these to sell out very quickly as well. If you can cop multiple pairs, there’s some very decent money to be made here, especially with the larger sizes. To help your chances with copping a pair or even multiple, join our exclusive Winner’s Circle!

Using my estimated resell value, expect gross profits of around $80, however, I do expect them to increase in value over time. According to our Hype Meter, that’s “good”.