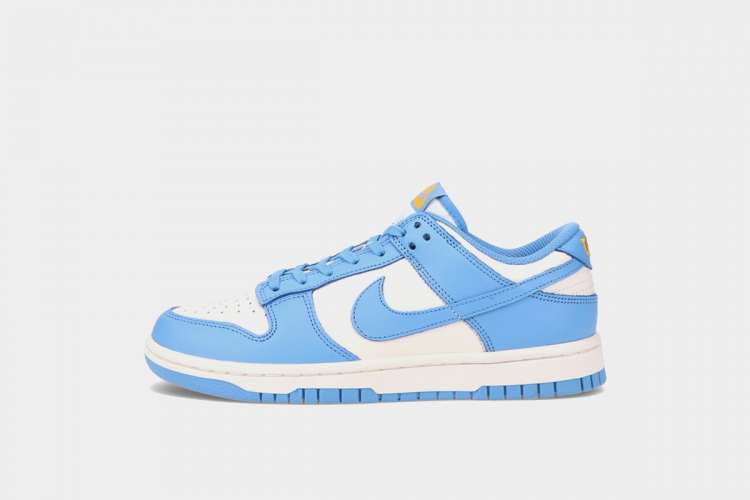 Nike enters 2021 with a total of 5 new Dunk highs and lows in the first two weeks alone! Today, we’ll be taking a detailed look a the Nike Dunk Low “Sail Coast” (W) which has a set Release Date of January 7th, 2021, and a retail price of $100. Among the 5 Nike Dunk releases, the “Sail Coast” will be releasing in women’s exclusive sizing.

Also, check out the Best Air Max Releases and the Top 5 Air Jordan 6 Releases of All Time!

For more blog posts such as this, sign up for our newsletter below.

Before we take a closer look at the Nike Dunk Low “Sail Coast”, let me walk you through this iconic sneaker’s history.

Skip to the conclusion for summarized information all in one place.

Peter Moor, who also designed other popular Nike sneakers such as the Air Jordan 1 and the Terminator, took inspiration from those sneakers and came up with the Nike Dunk.

The Nike Dunk launched in 1985 with a more advanced design than its predecessors. It came at an ideal time and reinvigorated basketball culture for many. The SB dunk, however, was officially released in 2002 and was directly inspired by it.

We’ve seen multiple Nike Dunks Lows in 2020 such as the Dunk Low Lemon Wash and the Dunk Low CPFM which were both unconventional and exciting new colorways that did tremendously well on primary and reseller’s markets.

This year, Nike is seemingly going in with more toned-down color tones such as with the Nike Dunk Low “Sail Coast”.

The Frequency of the new Nike Dunk release seems to be pretty high and it’s very clear why. The Nike Dunk and SB Dunk was one of, if not the most popular sneaker of 2020, and Nike wants to invest more into it. Making the sneakers more accessible to everyone would boost sales and revenue.

Although that would be good for the company, I expect resale for them to gradually decline over time as more sneakers are released. One of the best parts about the Nike Dunk and SB Dunk is its scarcity, not everyone can get their hands on one.

That feeling of possessing something rare is part of what makes the Nike Dunks so iconic. With so many frequent releases, it may just dwindle down its popularity and ultimately, its resale profit potential.

That, however, is just a theory and these kicks are currently still killing it on the primary and the reseller’s markets alike. To help us estimate the demand for the latest Nike Dunk Low Sail Coast, let’s head over to StockX.

The Nike Dunk Low Kentucky and Syracuse released earlier this year in celebration of the Dunk’s 35th anniversary. This sneaker debuted during Nike’s College Colors program in 1985 which released sneakers in school-themed colorways for 12 specific basketball programs.

The average selling price on reseller markets is currently $320 which is an average gross profit of $220 per pair. These sneakers have even earned resellers profits up to $650! Obviously, the “coast” colorway won’t be as profitable but it’s interesting to see how valuable a good Nike Dunk can be.

This Game Royal colorway features a white base with Game Royal overlay, similar to the aforementioned “Kentucky” colorway. A thick white midsole and blue outsole complete the look.

This Nike Dunk Low released back in 2003 and features similar color tones to the UCLA jersey. Although these sneakers are in no way affiliated with the university, similar baby blue overlays cover these shoes. A white midsole and grey outsole completes the look.

On StockX, the average selling price is almost $300 while also being sold for as high as $400. I believe the Nike Dunk Low Sail Coast will have a similar resale value. 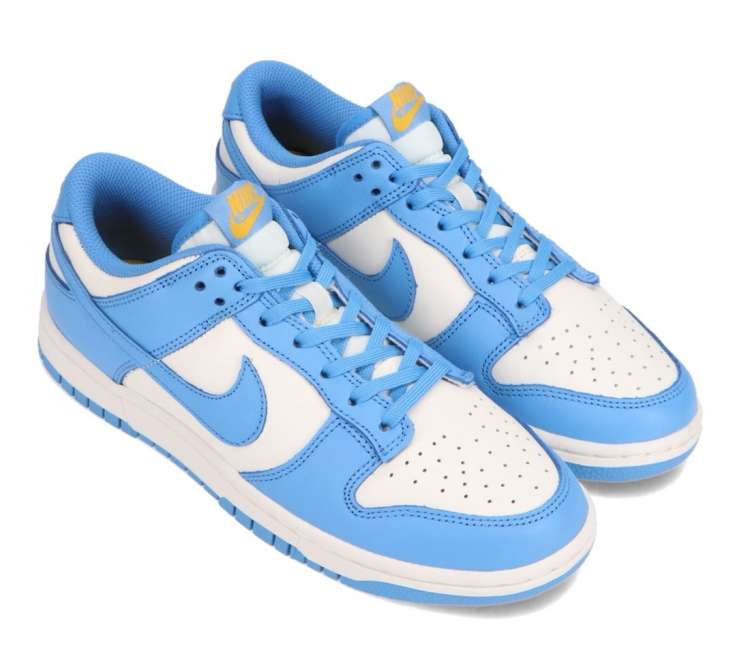 Earlier in December of 2020, the University of California revealed their collaboration with Jordan Brand which will likely take effect from July 2021. In celebration of this partnership, Nike is set to release a few UCLA themed sneakers along the way, including this women’s Nike Dunk Low Sail Coast.

These sneakers don UCLA jersey’s off-white and baby blue colors with hints of university gold in certain places. The base for the sneakers is Sail leather which shows up on the side panels, perforated toe boxes, and rears.

A clean Sail midsole and “Coast” outsole complete the look. 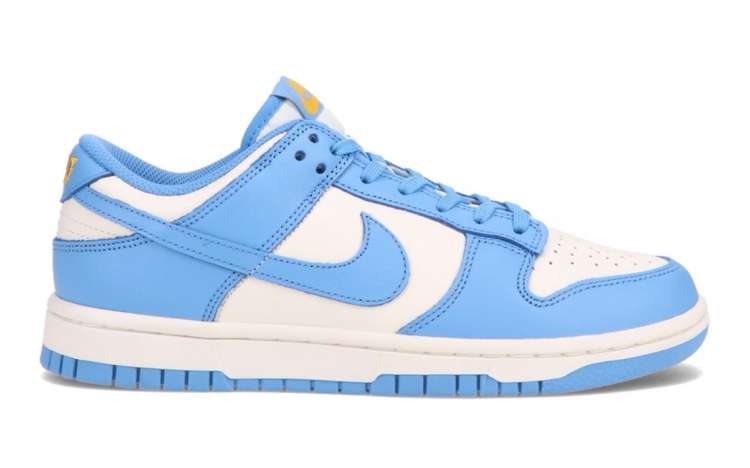 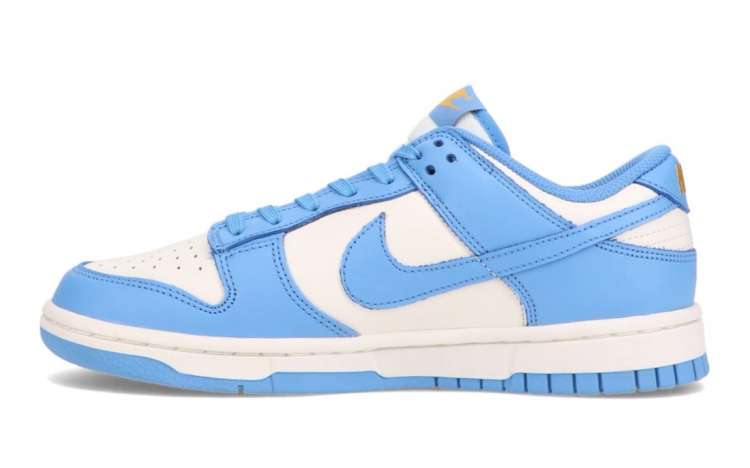 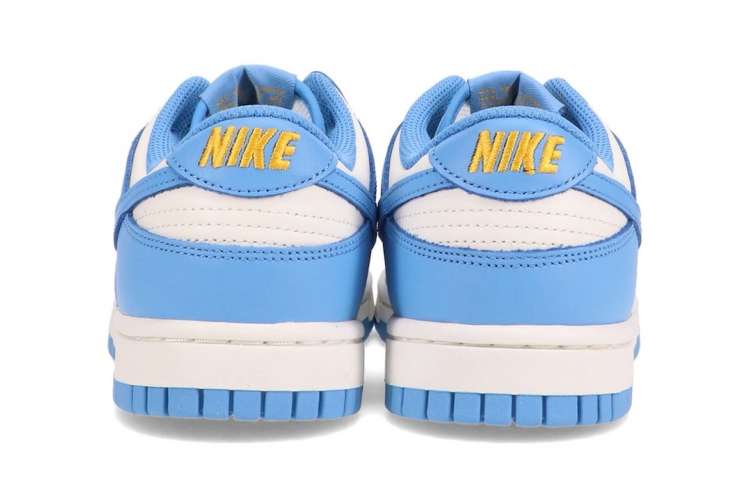 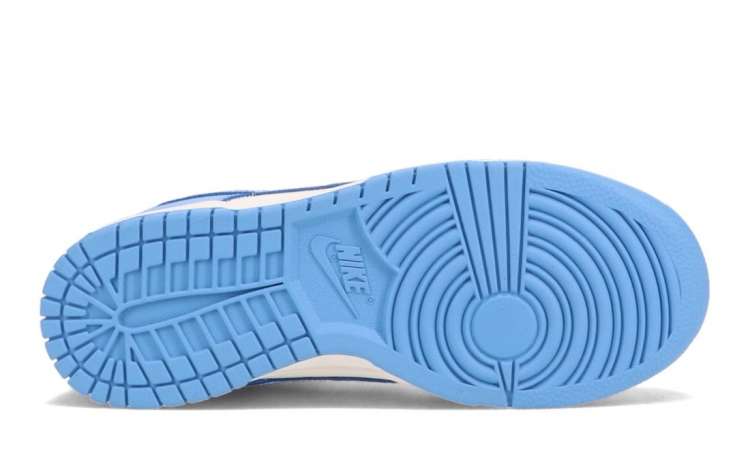 As with most Nike Dunks, I believe these will sell out instantly. You’ll likely have a hard time copping a pair, however, we can help you out with that. Join our Winner’s Circle for valuable insider knowledge to help you cop the most profitable sneakers!

Using my estimated resell value of $250, you expect profits of around $150 per pair or more. The larger sizes will likely be a lot more profitable. Bids on StockX already range over $350 so make sure these sneakers are on your “must-cop” list!

You can buy these sneakers at select retailers and Nike.com on January 7th, 2021. The retail price is set at $100 for women’s sizes.

You can also buy them today at reseller’s websites such as StockX.

Also, join our exclusive Winner’s Circle for valuable insider knowledge! For more content such as this, sign up for our newsletter below.

In other news, Nike is set to release 2 new Dunk Highs in the Nike Dunk High Vast Grey and Football Grey!