Discover the Adidas Yeezy Knit Runner Boot Sulfur, its release details, estimated resale value, and tips on how to buy for retail

Kanye is going all out with the creative freedom granted to him by Adidas and now, he is set to release yet another strange Yeezy silhouette! The Adidas Yeezy Knit Runner Boot Sulfur release date is on November 13th for a retail price of $250 per pair.

Stay tuned for a detailed look!

Read the Hypemaster Playbook and cop the hottest sneaker releases that drop every month! Speaking of which, check out what November has to offer in terms of hyped sneaker releases.

Before we take a detailed look at this all-new Yeezy Boot, let’s see how profitable they are on the secondary market!

Although the first-ever Yeezy was with the Swoosh and released back in 2009, the Yeezy that we know and love today started in 2015 with Adidas.

With full creative control, Kanye was free to choose whatever he wanted to make, no matter how bizarre the design choices and in recent months, we can see that the Louis Vuitton Don is taking full advantage of this privilege.

First in 2021, came the Adidas Yeezy Foam Runners that released looking like they were directly competing with Crocs. Every colorway sold out and is decently profitable.

Then, it was the Adidas Yeezy 450 that was released in two colors including a blacked-out version. They sold out and were pretty highly anticipated.

Recently, Ye announced the release of their most bizarre sneakers yet, the Yeezy NSLTD. It seems like the brand is headed in an even stranger direction and what reinforces this theory is the reveal of their latest addition, the Yeezy Knit Runner Boot Sulfur.

To estimate how profitable they might be, let’s head on over to StockX.

The Adidas Yeezy Knit Runner Sulfur is the latest addition to the family and features one of the strangest designs on any sneaker.

The upper features a knitted material that dons a bright yellow or “Sulfur” hue. This material wraps around the foot like a sock for a comfortable fit.

Cream sock liners with information about the size and rugged Sulfur outsoles finish off the look.

On the secondary market, these sneakers are selling for average prices of over $470 which is a gross profit of $270!

This Boot takes the aforementioned Knit Runners and adds a solid extension, transforming the sneakers into boots fit for the forthcoming season.

Though debuted during the Yeezy Season 8 showcase last year, this Yeezy Boot is expected to release next week after being spotted on Kanye West himself.

The sneakers feature a two-toned insulated top half that dons a tan color with a Velcro securing system, much like the NSLTD Boot.

Below the ankle, a cream sock liner and ‘Sulfur’ upper provide contrast, Yellow midsoles, and sharp titular outsoles finish off the design. 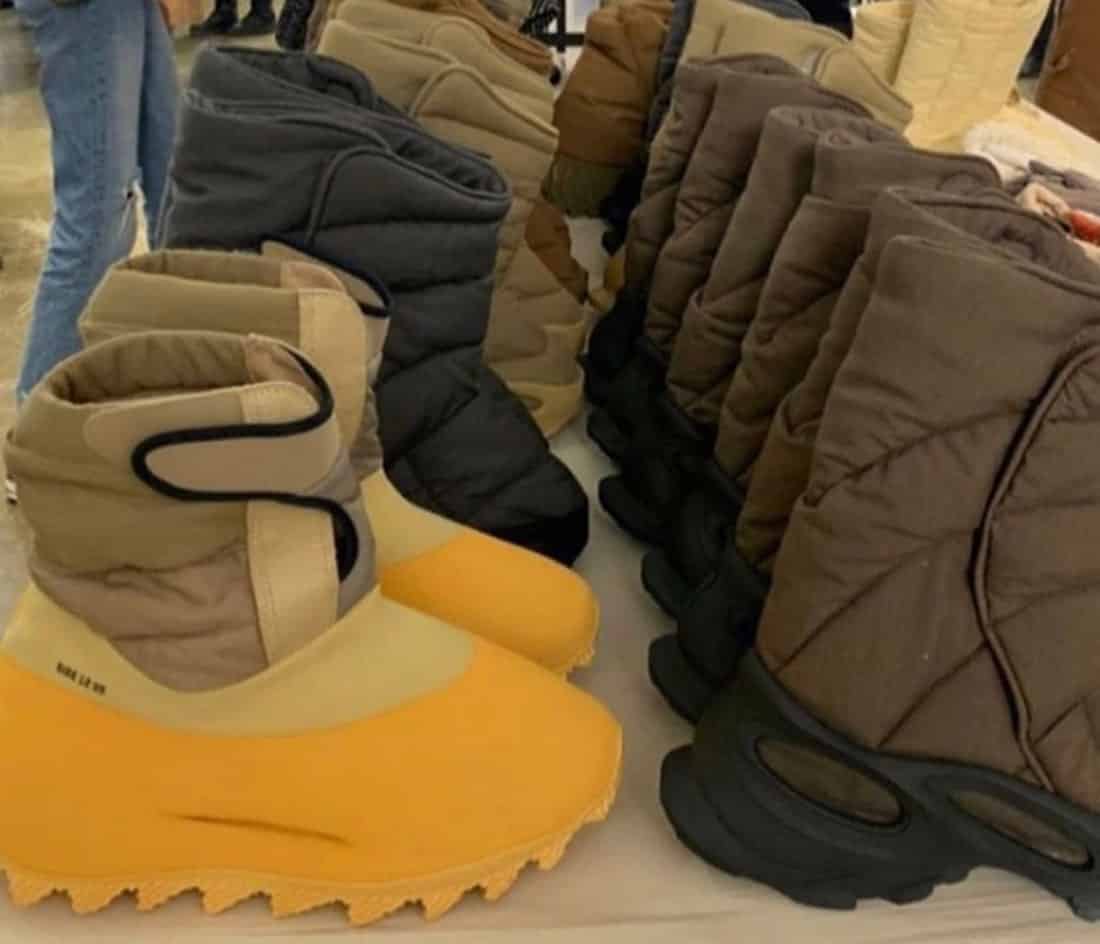 Yeezy Knit Runner Boot Sulfur Where to Buy For Retail

You can buy these sneakers at adidas.com/yeezy on November 13th for $250 per pair. You can also check out the following retailers:

The Yeezy Knit Runners are highly profitable and I expect the same from these boots.

Using my estimated resell value, expect gross profits of around $300!