The Hypebeast Culture Explained, and Stories of the Resellers Profiting Big from Them

Is flipping sneakers legit or is it a scam? The money sounds good to be true, but it is for those who know what they’re doing. Take a look at these resale numbers that are unlike anything seen before, like a $2000+ profit on a $190 pair of shoes with the Off-White Air Jordan 1.

Doubt all you want, but reselling sneakers is a $1Billion market annually.

Considering that the 9 figure revenue number puts the industry with the top few companies in the world, there’s a whole lot of money in sneaker reselling.

Even more surprisingly, many of the individuals capitalizing on this opportunity have only been in the business for a few years or less, and many are youths including teenagers.

Ok…maybe this sounds good to be true, and we don’t blame you if you think this is fake or that this is a scam.

If this is your first time hearing about the shoe resale market because you’re a new seller on eBay or just starting out as an online entrepreneur, it’s understandable to have reservations.

Keep reading to find out why this insane market even exists.

The “Hypebeast” Culture Explained: Why does this market for $1,000 shoes exist?

Nike, adidas and associated streetwear brands have done such a good job marketing that they’ve crafted one of the hungriest demographics on the planet: the “Hypebeast”.

Hypebeasts will do anything to get limited shoes that sell out quickly, including paying much more than the retail price and often feeling proud that they can flex and pay the $1000 resale price because they don’t have the inside skills to get the kicks for retail. They’re typically educated on fakes and down with their own lingo and prioritize streetwear above all.

As we’ll dive into in the knowledge section, a few key players are responsible for blurring the line of sportswear and luxury, putting sneakers on the shopping list for those who wanted to spend a lot of disposable income on something.

One of the primary aspects is the association with fame and celebrity: it’s often those who are millionaires and rich and famous that are seen wearing these shoes, so owning a pair is a much cheaper ticket (comparatively) to actually being rich and famous.

You’re probably sitting here wondering how one even starts reselling shoes for profit, how one can participate in the market, but mostly, concrete examples of people who have had success so that you too know that you can do this.

Although there are many successful shoe resellers that go mostly unnamed, here are two of the most surprising and inspiring success stories that will make you want to stop reading this and start selling sneakers today:

Born in 1999, Benjamin Kapelushnik, AKA Benjamin Kickz, AKA the Sneaker Don, has reached massive levels and gained huge amounts of press from Forbes, Business Insider, CNBC and more beginning at 16 years old.

He is from Fort Lauderdale, Florida born to an immigrant Russian/Jewish family, and he’s living the American dream with the money, cars, girls etc, and has been doing so many years before he turned 20, and at the time of this writing in 2018, he’s still a teenager!

In one of his most well known interviews with Business Insider (posted above), young Benjamin states that his financial projection for the year of 2016 is to make $1,000,000.

He’s been doing well ever since he made that statement and probably hits that goal every year.

Kickz is partnered with world famous producer DJ Khaled, and they both use the tagline “Business is Boomin’ “, which is appropriate given how much revenue their shoe business makes.

Just take a look at his Instagram @benjaminkickz, and you’ll see things like stacks of cash, stacks of sneakers worth tens of thousands of dollars, and cars worth over $100,000.

He sells to celebrity clientele including just about any rapper you have heard of, like Drake, Lil Pump, Lil Yachty and more.

Athletes, including many players on the Miami Heat are also on his list of high paying, high worth customers.

Even though not everyone can be Benjamin Kickz because of his unique connections, he is a true success story and at 16 years old, he couldn’t have been doing it for more than 2 years or so at most– who would buy shoes from a 14 year old?!

Kickz proves that there is a flourishing market, and although many might doubt that they can’t replicate success at high levels because they can’t get celebrity clients, they’re wrong.

Maybe Benjamin has family connects that no one can have, but as you’ll see in the next story, an ordinary individual can also make good money in this shoe market even if it’s not millions.

Here’s a story of another young person, college dropout and six figure shoe reseller Allen Kuo, who is much more relatable because he started from scratch and hit massive levels of success in just 12 months.


Ignore the clickbait-y and biased title, within this video above is a great story about building a shoe empire from scratch.

It’s a pretty long clip though so if you want a quick summary, just keep reading below.

Allen Kuo, who was 20 at the time of this interview below, was in a predicament.

He didn’t like going to his college classes because, understandably, he struggled to see the value that sitting in long boring lectures provided, especially given that his goal was to make money, and it didn’t seem like his classes were bringing him any closer to that goal.

Rather than taking the inefficient route of waiting for a few more years for a degree and then for a job afterwards, he decided to take destiny into his own hands and to create opportunity rather than to ask permission by reselling.

He saw the most success with sneakers, and was selling as much as he could in between classes. Although his academics suffered, his bank account did the opposite: it was flourishing.

His parents were worried, and he assured them it was going fine, so he made a bet with them:

If he had $100,000 in his bank account, he could quit school. He would do this only by reselling shoes.

Knowing how seemingly hard this goal would be, his parents agreed to this bet, giving him 1 year to make this money through reselling shoes which they probably thought was a really silly and unrealistic way to make six figures.

Kuo checked his bank account less than 1 year later, and saw that he had won the bet.

His parents were surprised and let him drop out.

It’s worth knowing that Allen got a whole lot of flak and hate in the sneaker community, but he proved that resellers play a crucial role in the whole market, because at the end of the day he is providing a service to hypebeasts and sneakerheads.

More importantly his story was incredibly inspirational because he showed that anyone can build a booming shoe empire and reach levels like $10,000 per month, even a 20 year old college student.

The coolest business ever?

You’re selling fashionable sneakers that are on the cutting edge of streetwear, so your clients can easily include celebrities and/or professional athletes.

I sold to a personal shopper for NFL and NBA Players, and I became his source for size 12-14 shoes.

Him, in addition to a higher up drug dealer and a teenager with massive family money (old money, trust fund, driving a Range Rover at 17, big business level stuff) became my top 3 clients that gave me the most consistent income every month.

You can also run this business entirely remotely, and other than having the shoes shipped to you and shipping them out, you can make this an at home business.

Six figures and more with sneakers 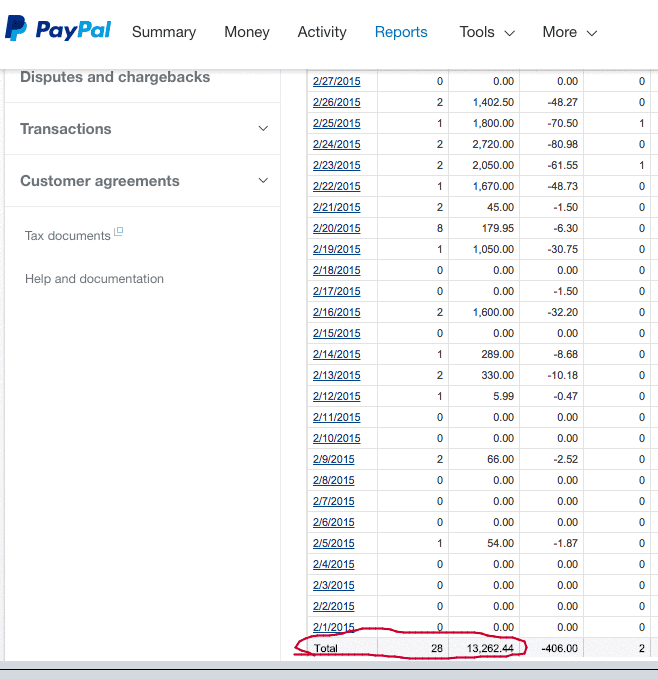 At least once per month, a pair will release that will net you a $500 profit per pair.

With advanced techniques that we will discuss, you can join the individuals who are able to get multiple pairs, like those in our private cook group.

In addition to sourcing other shoe opportunities with a combination of investment strategies that we’ll discuss later, it’s not hard to add up all of the numbers to the $10,000-$20,000 monthly level.

I’m sure you’re excited to get started now! Check out our Hypemaster Playbook, which shows all the ins and outs of the whole sneaker business including how to use sneaker bots, where to sell and a blueprint of how to grow your empire.

Hope this inspired you to take action regardless of where you get your further information, but feel free to browse the rest of our blog for tons of free tips.