3 Banned NBA Sneakers: Does It Make Them More Valuable?

Let’s take a look at some famous shoes that were banned from the NBA. We analyze why they were banned and what the reaction was from the secondary market. 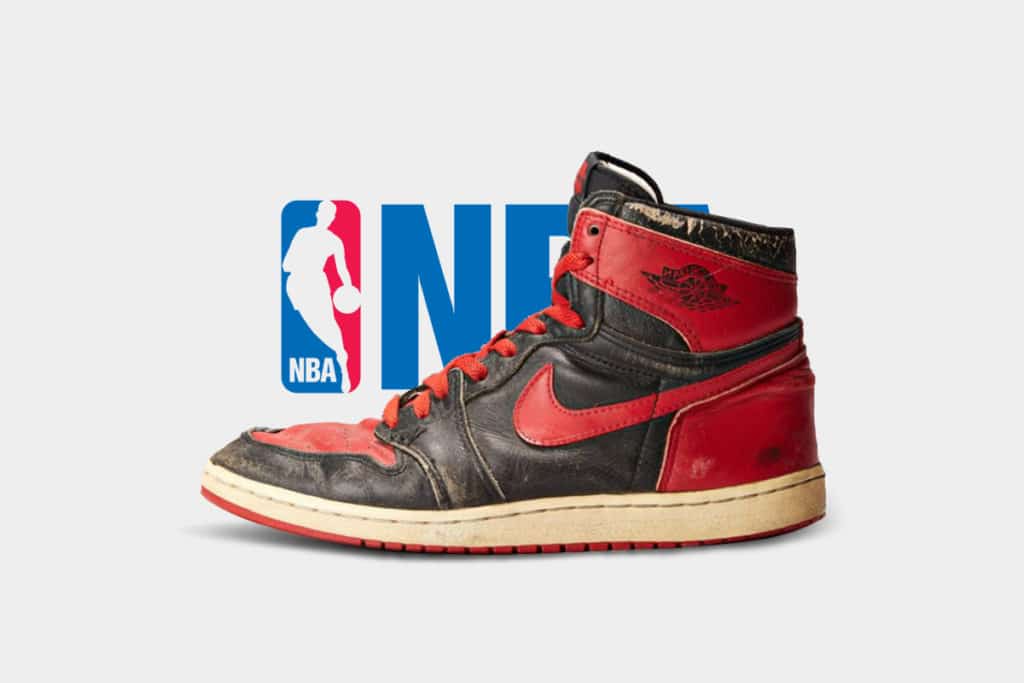 In this article, we are taking a look at some of the infamous banned NBA sneakers. We’re taking a look at what got them banned in the first place, and how the to resell market reacted. As a reseller, it’s vital that you understand how cultural trends impact prices, and this is just the article to start with!

You may have never heard of Athletic Propulsion Labs before, and that may be because of their NBA ban.

In 2010, identical twin brothers Adam and Ryan Goldston launched Athletic Propulsion Labs with the simple goal of changing the game of basketball. Their sneaker, the Concept 1, included a compression spring underneath the ball of the foot increased the vertical leap of players by 3.5 inches.

The NBA said it was too much of an advantage to give the players, so they outlawed the Concept 1.

While these sneakers retail for $400, there is little resell value. The pairs aren’t listed on StockX or GOAT, and eBay doesn’t seem to have any either. It seems like after the NBA ban, Athletic Propulsion Labs went under a little bit.

This sneaker is banned for less of an advantage reason, and more of a distraction reason. The chrome details on the heel of the Jordan M10 were deemed too distracting as the lights from the stadium would constantly reflect.

It has been said that the sneakers were actually unsettling to watch in action, both in person and on television. To add to the list of issues with this sneaker, the NBA also deemed the chrome banned because it would be a potential hazard if it were to fall off.

NBA players are constantly moving at extreme speeds and we can only imagine the problems if there were flying pieces of metal during a game!

The ban took place early on in the season, and Carmelo Anthony still need a pair of sneakers to wear. Jordan brand redesigned the heel to create a matte finish which allowed Carmelo to continue playing with the same sneaker model.

Carmelo Anthony sneakers have never been high up on a reseller’s “must-cop
list and these aren’t any exceptions. The ban definitely got people talking about the sneaker, but nothing much came of it on the resell side, where pairs float from anywhere between $150 – $300.

And now for the reason, you’re reading this article, the famous Jordan 1’s that some may argue are the reason Jordan’s are so big today.

Michael Jordan was fined $5,000 every game he wore these sneakers because they did not comply with the league’s uniform rules. There were a specific set of rules about what you could wear and what colors you could group together on court.

Nike seized this opportunity and capitalized on it, by running ad campaigns on the sneaker and paying Michael Jordan’s fines for every single game he played in the Jordan 1’s.

For all 82 games of the regular season, Jordan continued to wear the sneakers and was continued to be fined. Nike paid over $400,000 in total but made that back hundreds of times over with the lengthened success of the Jordan brand.

The sneakers blew up in the public eye, even more, when Jordan wore them in the ’85 dunk contest, creating iconic images.

These sneakers have absolutely blown up in the resell market and many have called them a catalyst for what Jordan has gone on to create. A pair that Jordan actually wore in-game has been rumored to be valued at almost $1 million.

The Impact of Culture on Sneakers

As we said before, it’s incredibly important to understand how culture impacts sneakers and their prices. If a sneaker were to be banned in the NBA right now, you could definitely expect that sneaker’s price to spike.

As a reseller, it is your job to stay up to date with things like this, as you never know when the next brand will pull a Nike and capitalize off of a negative situation.

Nike’s decision to pay Jordan’s fines and get people talking about the fact that he was wearing banned sneakers was one of the greatest ways that a company utilized the culture and noticed that people would pay attention to Jordan’s sneakers way more.

The single biggest factor in what determines the price of a sneaker of the resell market is culture. What colors are in right now? What materials? What outfits? What events are taking place?

All of these questions are questions people subconsciously ask themselves before making a purchase, and questions that sneakers have to answer correctly in order to be successful on the resell market and to turn a profit.

The Attraction of Exclusiveness

To conclude this article it is absolutely vital we talk about the attraction of exclusiveness and why people are so obsessed with rare sneakers.

If a sneaker is released for $100 that millions and millions of people could readily purchase, that sneaker has absolutely no resell value. That doesn’t mean it’s not culturally relevant though, take Converse’s Chuck Taylor for example.

People will pay $100 for a pair of Chuck’s, but nobody is paying anywhere near $500 for them. Why not? Because there are cheaper pairs all over the place.

With limited sneakers, there isn’t an alternative. You can’t go around the corner to the next sneaker store and buy Off White’s for $60, because there aren’t any.

So when a basketball sneaker gets banned, it actually creates exclusiveness. All of a sudden it’s a sneaker you don’t see on TV anymore. Or, if it’s the Jordan 1’s, you see them and there is a huge conversation about them which exponentially increases their value.

People like things that are limited but talked about all the time, and banned sneakers are the perfect way to find that balance. Now, it’s unlikely that many pairs get banned in the future because brands certainly check with the NBA, but it’s always a possibility.

What NBA players sell the most sneakers?

What are the NBA sneaker rules now?

What are the NBA sneaker rules now?
NBA players get the green light to wear the sneaker color of choice throughout 2018-19. For the first time in league history, the NBA will allow players to wear sneakers of any color at any point during the upcoming season, league sources confirmed

What sneakers do NBA refs wear?