The Sneaker Culture: What Started It All?

Discover The Sneaker Culture, the reasons that started it all, as well as other facts that you may not have known. 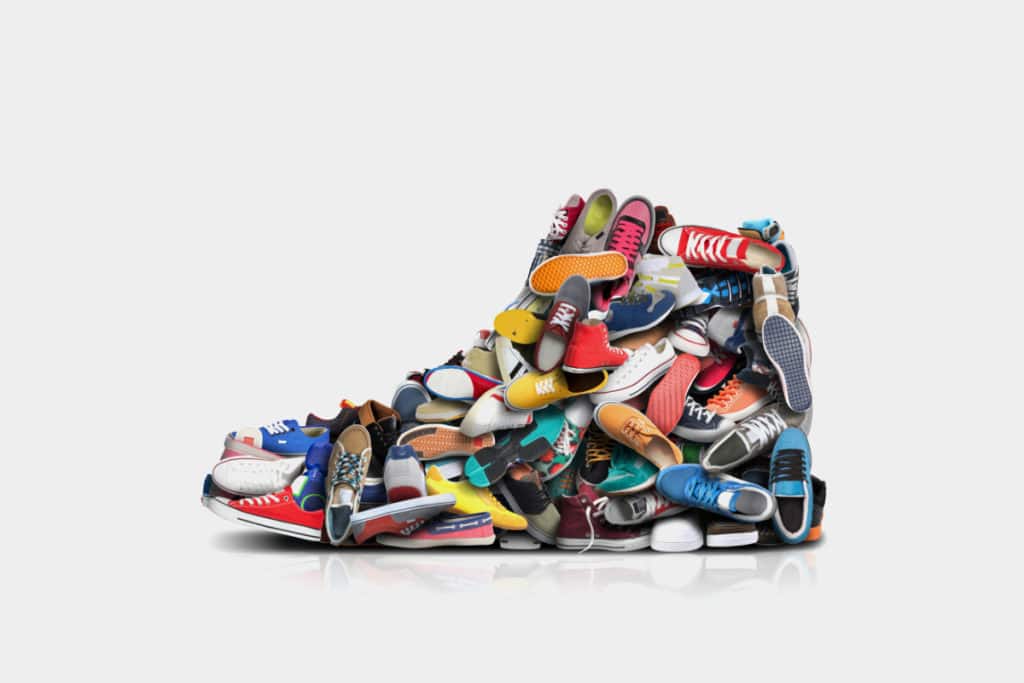 Sneaker culture is bigger than ever since sneakers such as the Air Jordans and Nike Dunks started selling out either to be collected or resold on the growing reselling market. This culture is now an embedded part of people’s lives and today, we’ll be going through what started the culture as a whole and what it’s turning into. Stay tuned!

What is the sneaker community and is it on the decline?

The sneaker community is a place where people with a similar love for performance or leisure shoes are brought closer together to discuss their passion and perhaps exchange or borrow shoes as well.

This community includes millions of Air Jordan, Yeezy, or other company fans that get together either at conventions, parties, or online forums and social media pages to flaunt the latest colorways of their favorite sneakers.

Some are more limited than others, such as the Air Jordan 1 High UNC that many celebrated being able to cop.

Unfortunately, due to how in demand and limited some sneakers are, they’re usually sold on the secondary market to make a quick profit. If you’re interested in copping similarly limited pairs, check out the Hypemaster Playbook that’s a full guide for anyone that’s new to this market.

Many argue that because of reselling, many people’s love for sneakers has been diminished. However, popularity has risen due to reselling as well thus we would conclude that reselling’s place in sneaker culture is ambiguous for now.

Is sneaker culture a thing?

Sneaker culture has transformed from being just a place where individuals come together to discuss sneakers. It has grown philanthropic roots and encourages people to come together to raise money to support different causes.

Furthermore, on StockX, Eminem joined forces with Jordan Brand to release a special edition Jordan with proceeds being donated to charity.

Why are people obsessed with shoes?

First impressions, believe it or not, may make or break a relation. People glance at your face first, so a smiling face with clean teeth goes a long way, and then their gaze moves down to your shoes (assuming they’re not weirdos).

Shoes may reveal a lot about a person; are they clean, fresh, and smart, for example, or are they muddy sneakers, scuffed, and messy, implying that you don’t pay attention to detail or keeping things clean?

Even low-cost footwear can be well-maintained, and if you don’t give a damn, others will notice. Because it’s human nature, those of us who understand it worry about it, although mostly not obsessively.

But that’s just a general reason why people are obsessed with sneakers. Most sneakerheads are actually in it either because of the history or fashion. Over the years, even manufacturers have realized this and shifted production towards more lifestyle rather than performance sneakers.

Streetwear fashion has been on the rise for quite a while now and sneakers are a staple for many. They’re also obsessed over if a certain celebrity is seen rocking a pair. That also usually drives the popularity of many sneakers.

The Air Force 1, for example, is one of the most popular sneakers of all time. That can largely be attributed to the myriad of celebrities such as Jenifer Lopez, Justin Bieber, Justin Timberlake, and many others sporting them in public or in their music videos.
Lastly, there are also the jocks that obsess over sneakers due to their athletic prowess.

Who started sneaker culture and who was Wait Webster?

Vulcanized rubber was discovered in 1839 by Charles Goodyear (you might well have heard of him). Wait Webster took advantage of this by layering a thin cloth layer atop an even finer rubber sole. Plimsolls were his nickname for them.

They were designed for vacationers who needed someplace to put their feet up.

Then, in 1892, Webster’s sneakers were redesigned by Goodyear. A new and updated model with a thicker rubber sole for added support.

They were dubbed Keds by Goodyear. Until 1917, when Goodyear mass-produced the Keds, both kinds were worn. Plimsolls were left in the dust.

Keds were effective as running shoes which started off the trend.

However, what started sneaker culture as we know it today was due to Michael Jordan and Basketball. The rise in basketball saw the reciprocal rise of Michael Jordan whose name was recognized around the world.

Michael Jordan’s Air Jordan 1, although not super-popular at first, is believed to be the catalyst for sneaker culture even today.

Why are sneakers called sneakers

Female Life in Prison, By a Prison Matron, was published in 1862, and it was from this book that sneakers were born. In the first volume of a two-volume collection of novels concerning female jail life in England in the nineteenth century, Frederick Robinson uses the term “sneaks” to reference the shoes worn by the prison guards (matrons).

The sneaker was originally known as the sand shoe. It was created in the 1830s by the Liverpool Rubber Company.

It, too, featured a canvas upper and a rubber sole. In the late 1800s, this footwear was given the term plimsoll shoes after the Plimsoll line, which is a line on a ship that marks the safe, legal weight that can be carried.

This line mirrored the horizontal band that connected the upper to the sole. The Plimsoll line was called after Samuel Plimsoll, the guy who created it.

The shoe acquired popularity in the United States thanks to the Keds brand, which was founded in 1917 by US Rubber.

The initial name was Peds, but another corporation already trademarked it. Following this period, Keds and then Converse with their renowned Chuck Taylor sneakers dominated the sneaker market followed by Nike’s dominance which paved the way for sneaker culture’s firm footing in society today.

It all started when Nike wanted to enter the basketball sneaker market with the revered Air Force 1 low that today, is one of Nike’s best-selling sneakers, raking in $900 Million in revenue last year. However, it was the Nike Blazer that was more important at the time.

Even then, sneaker culture wasn’t really a thing. In 1984 when it actually started.

A young Michael Jordan was making his way to the NBA when he was signed by Nike which created a brand around him. Although they wanted to make the Air Jordan 1 High, it was actually the Nike Air Ship that Jordan was actually wearing during his first few games and it was the Air Ship that technically started off sneaker culture.

The Air Jordan 1 High Chicago, however, would go on to become one of the most popular sneakers of all time. Encouraging people to wear it not only for basketball but also for street fashion.

With time, people started getting more into sneakers and in 1987, Nike revealed the Air Max 1 which revolutionized sneakers forever with the exposed Air Units.

That further impacted and accelerated the formation of sneaker culture which was reinforced by the Air Max 90 in 1990. Later on, the Nike SB Dunk and its collaborations with Supreme would further merge sneakers with the underground world and elevate its popularity even further.

However, it doesn’t end there. In July of 2012, Kanye West released 5000 pairs of the Air Yeezy which set the fashion world ablaze. Ever since then, sneaker culture has been a solid part of the lives of many.